An unprecedented surge in density is in the works for the Weston and Lawrence area of Toronto as multiple projects push their way through the city's planning and approvals process, and now there's one more impressive landmark in the cards for the neighbourhood.

Real estate developer Devron is looking to replace a collection of businesses at 13-21 John Street and 36-40 South Station Street — just north of Weston and Lawrence — with a 40-storey condo tower that would rise taller than anything that currently exists in the area, rising just over 130 metres above street level. 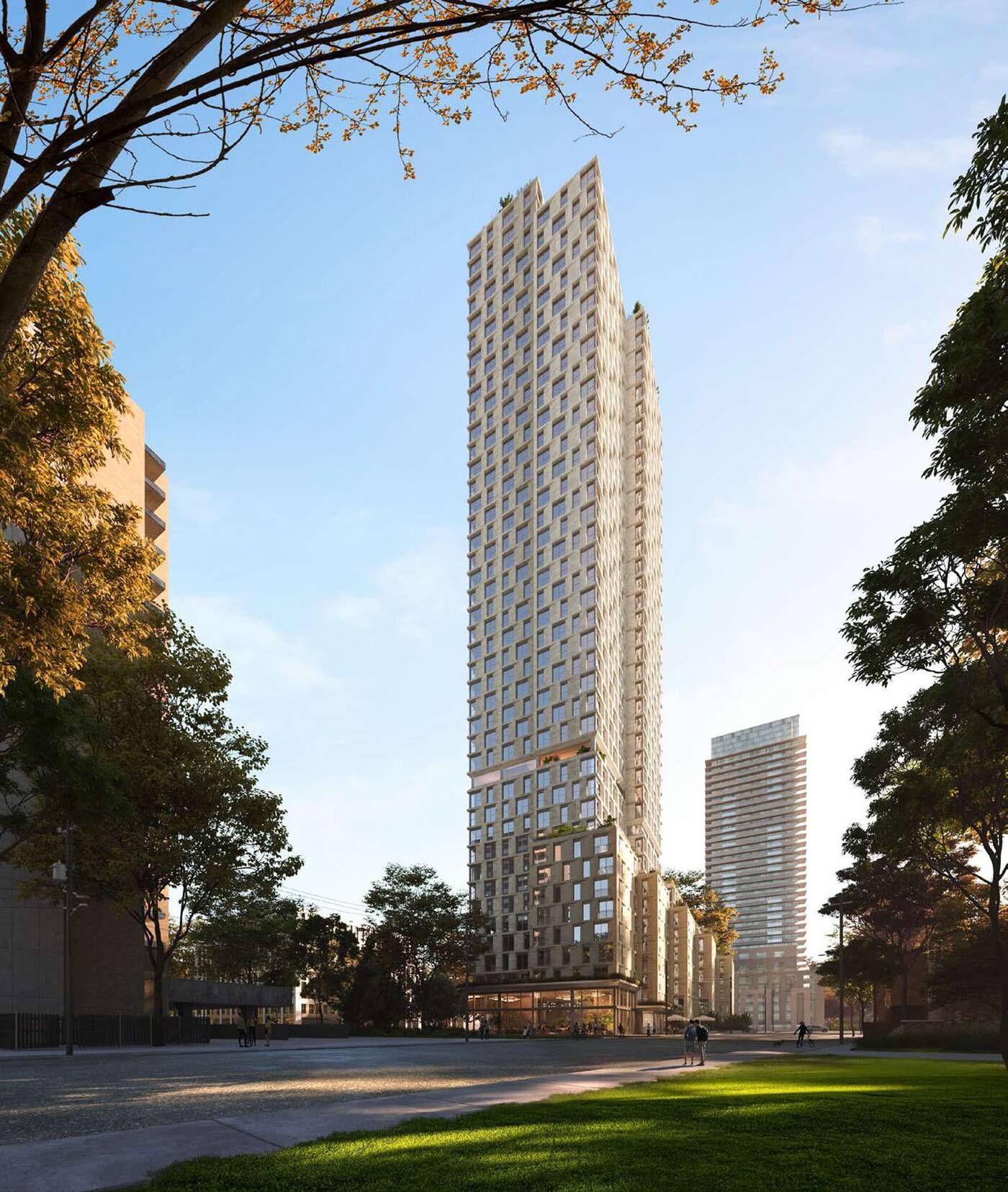 The Copenhagen-based firm rose to prominence on the Toronto development scene in 2016 with Aquabella, their first in what would eventually become a trio of projects in the Bayside community. 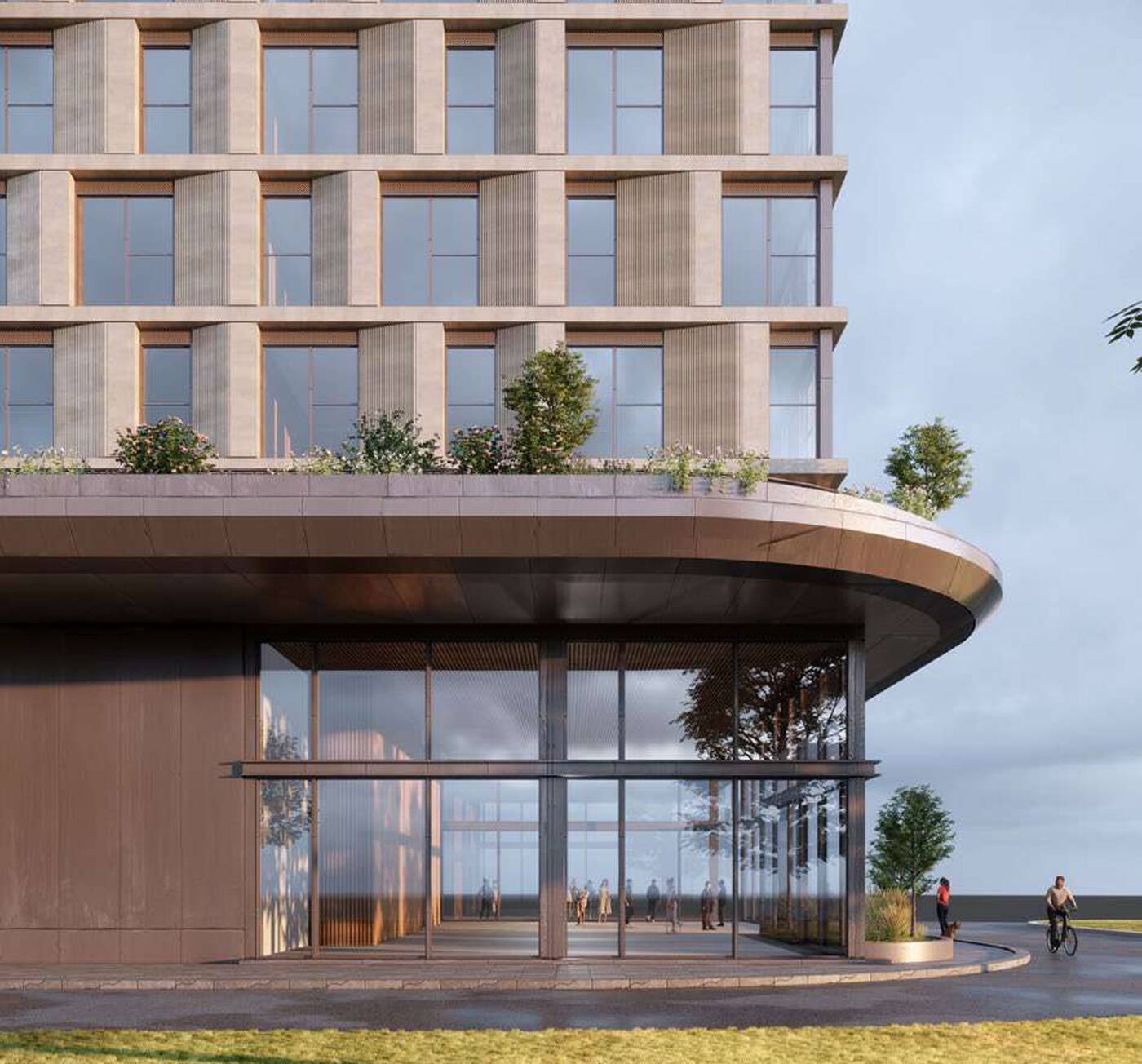 Now a well-known name on the local architecture scene, 3XN is being handed bigger and taller commissions by developers looking to stand out from the pack.

If Devron's South Station plan comes to fruition as proposed, it will stand as 3XN's tallest project in the city to date. 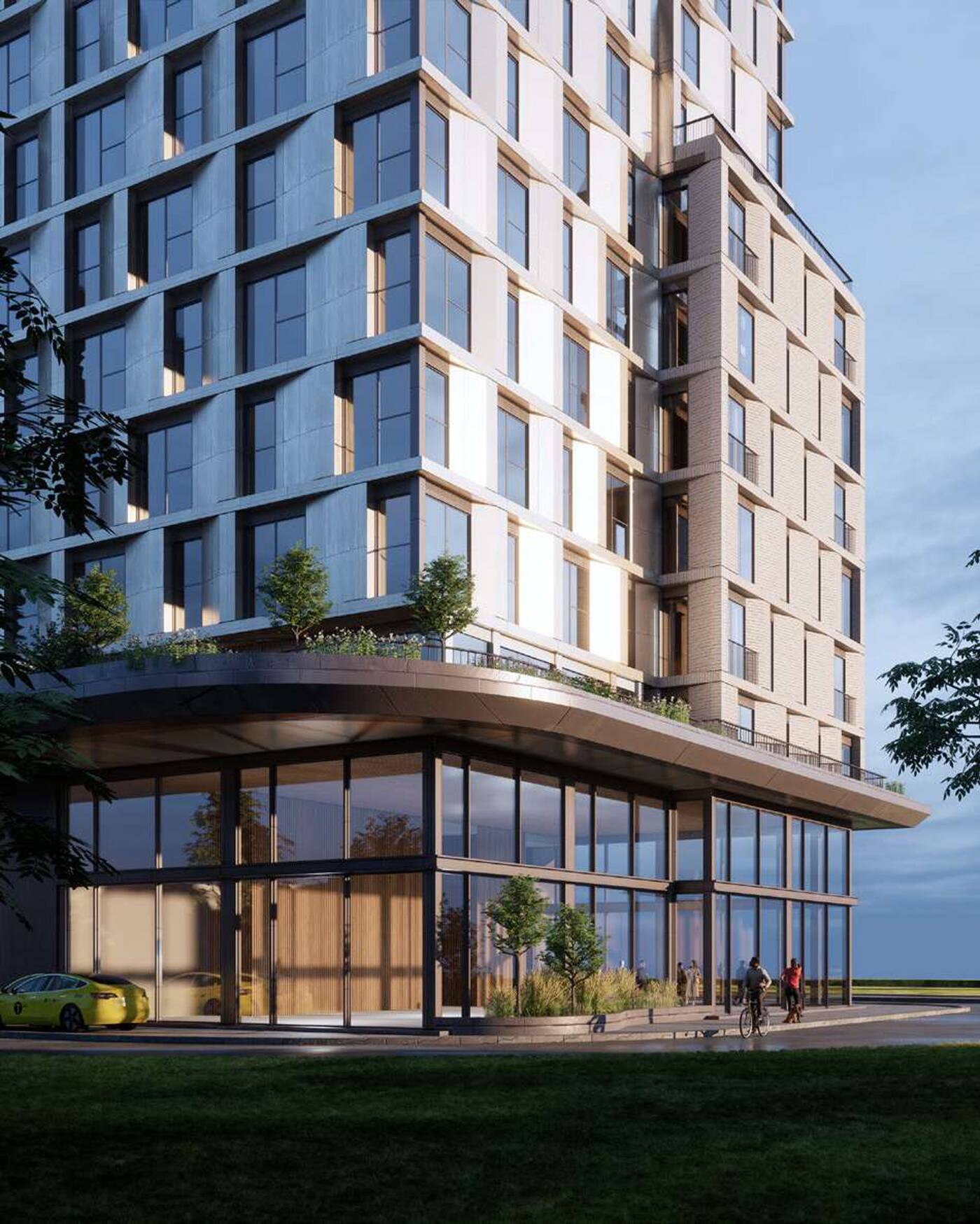 The project will bring a mix of community, daycare, and retail uses to the neighbourhood, but the driving force behind the project will be its condominium units, with residential space accounting for 94 per cent of the total building area. 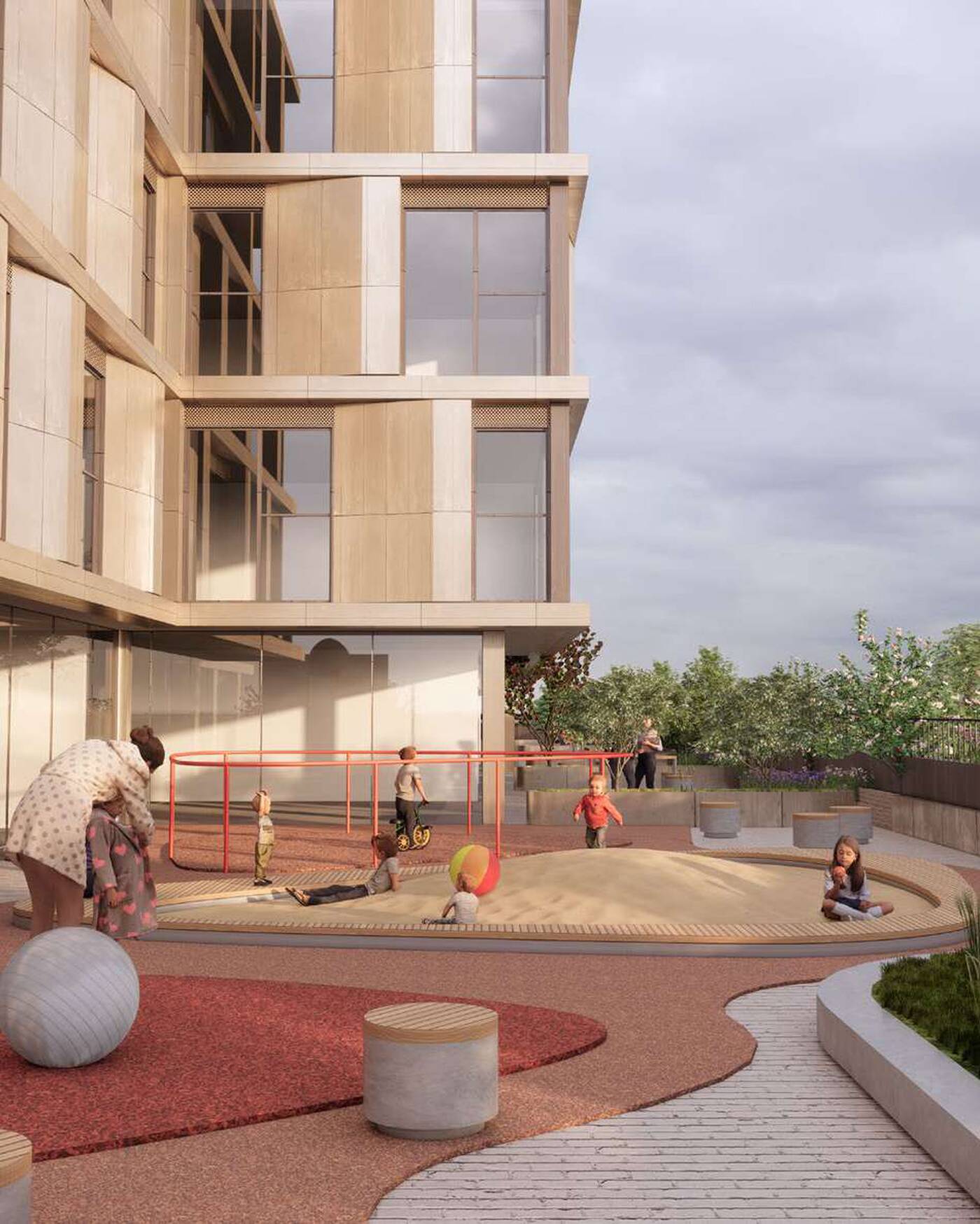 Area residents concerned about an increase in traffic will likely find partial comfort in the fact that only 154 parking spaces will be added, a relatively small number further offset by the elimination of existing surface parking associated with the auto shop included in the project footprint.

Most local trips will be accommodated by 344 planned bicycle parking spaces, while the Weston GO/UP Express station is only steps away for quick access to downtown, the airport, or other regional destinations. 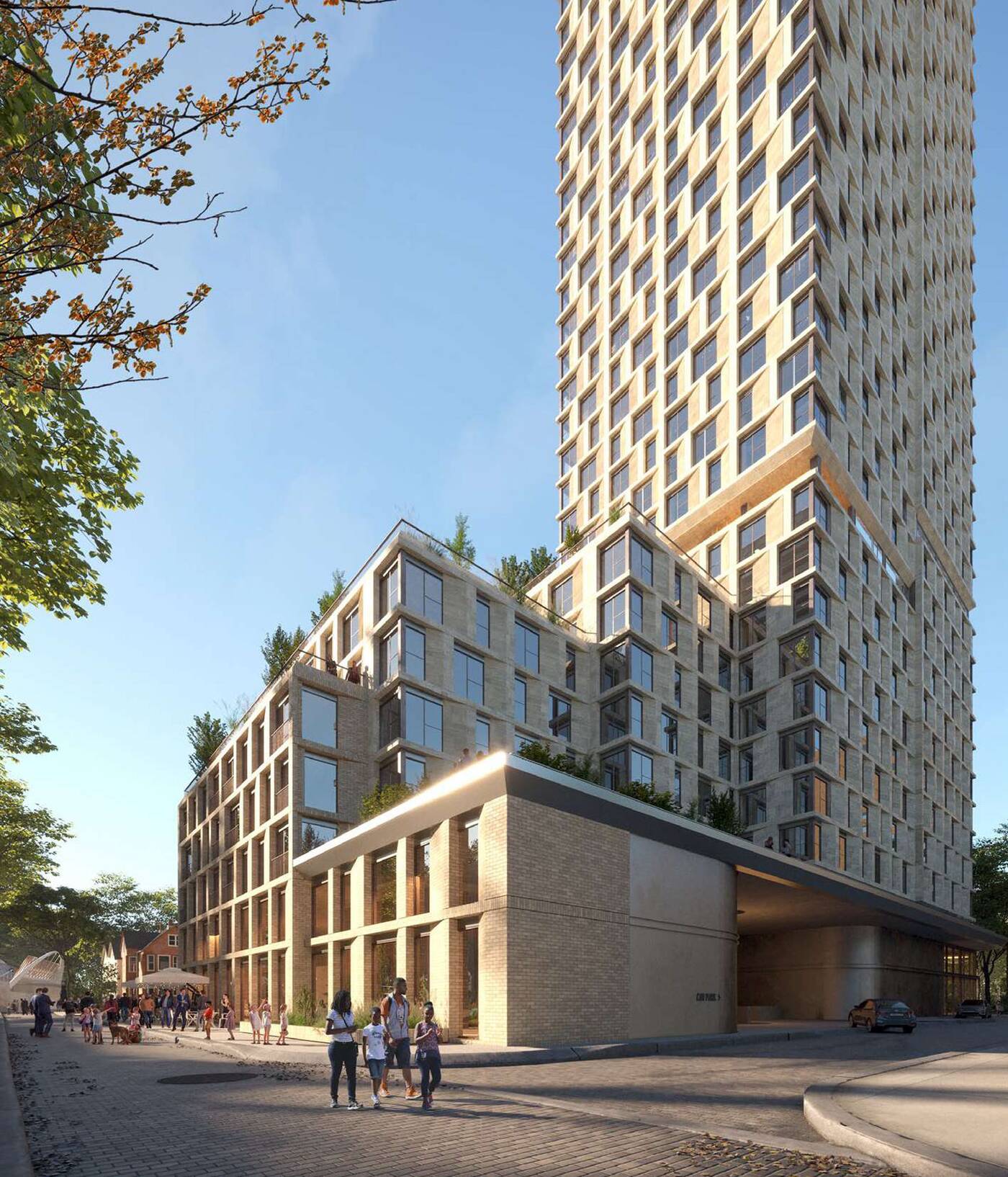 High-rise density is nothing new for the area, already home to a scattered collection of 20th-century slab-style apartment towers. More recently, the area joined the modern high-rise craze with the 2018 completion of market-rate rental tower West 22 at Weston Common directly across the street from the South Station site.

And even more density and architectural appeal is on the way for the neighbourhood, including a multi-tower development that will add a landmark flatiron presence to the area's main intersection.