Toronto's waterfront redevelopment continues to push east with the announcement of another condo affiliated with the Bayside project. The third phase of this development joins Aqualina and Acquavista, both of which had impressive designs built around the expansion of the waterfront promenade that starts at Sugar Beach. 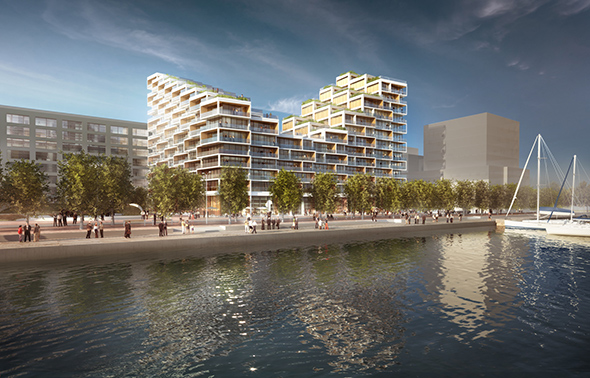 As has been the case with each of the developments in East Bayfront, the scale of the building is well controlled, and the architecture diminishes the blocking effect that can occur when putting high density condos on the waterfront (see the west side of Queens Quay between York and Bay streets). 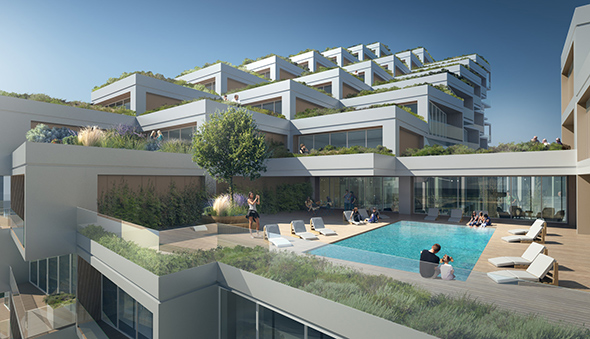 Designed by 3XN, the building features stepped terraces to give future residents ample outdoor space and which lessens the impact of the structure on waterfront users and the planned Aiken Park just to the west. Another glass box this is not. 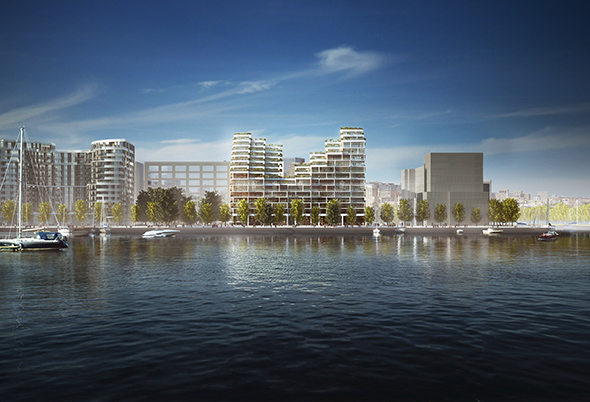 Waterfront Toronto has taken heat in the past for the slow speed at which redevelopment efforts have taken place, but it's crucial to note just how unified the designs for this side of the waterfront are. This building reaches a height of 15 storeys at its peak, but it appears considerably less imposing thanks to its irregular form.

It's been a long time coming, but this section of Toronto's lakefront is shaping up to be very promising.