Toronto's getting a condo that looks like a series of waves

Toronto condos are often criticized for bland architecture, but every so often intriguing plans do surface. This project proposed for the Eastern Waterfront certainly fits that bill. Designed by 3XN Architects for Tridel and Hines, it takes shape as a series of waves.

Perhaps unsurprisingly, that's also what it's named. As Urban Toronto reports, Waves at Bayside is the final condo in a series of developments along Queens Quay East, which also includes Aqualina, Aquavista, and Aquabella. 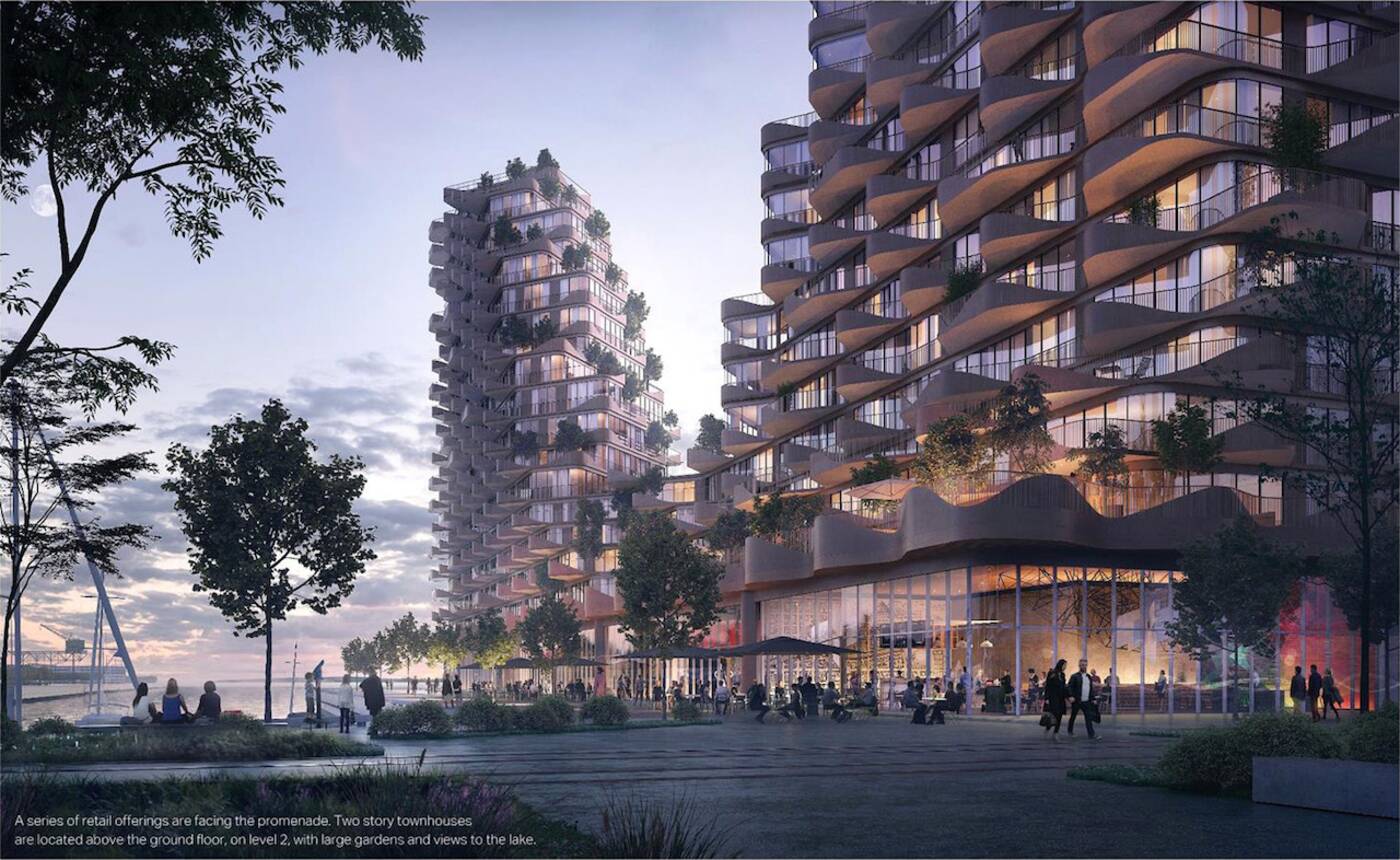 The orientation of the development lessens its impact on the waterfront while opening up the Parliament Slip for public use. Image via 3XN and Waterfront Toronto.

When complete, these building will completely transform a stretch of waterfront that used to be comprised of industrial slips. Early condo development on the western portion of Queens Quay was dubious at best when it came to architecture, but the east side is shaping up to be a different story. 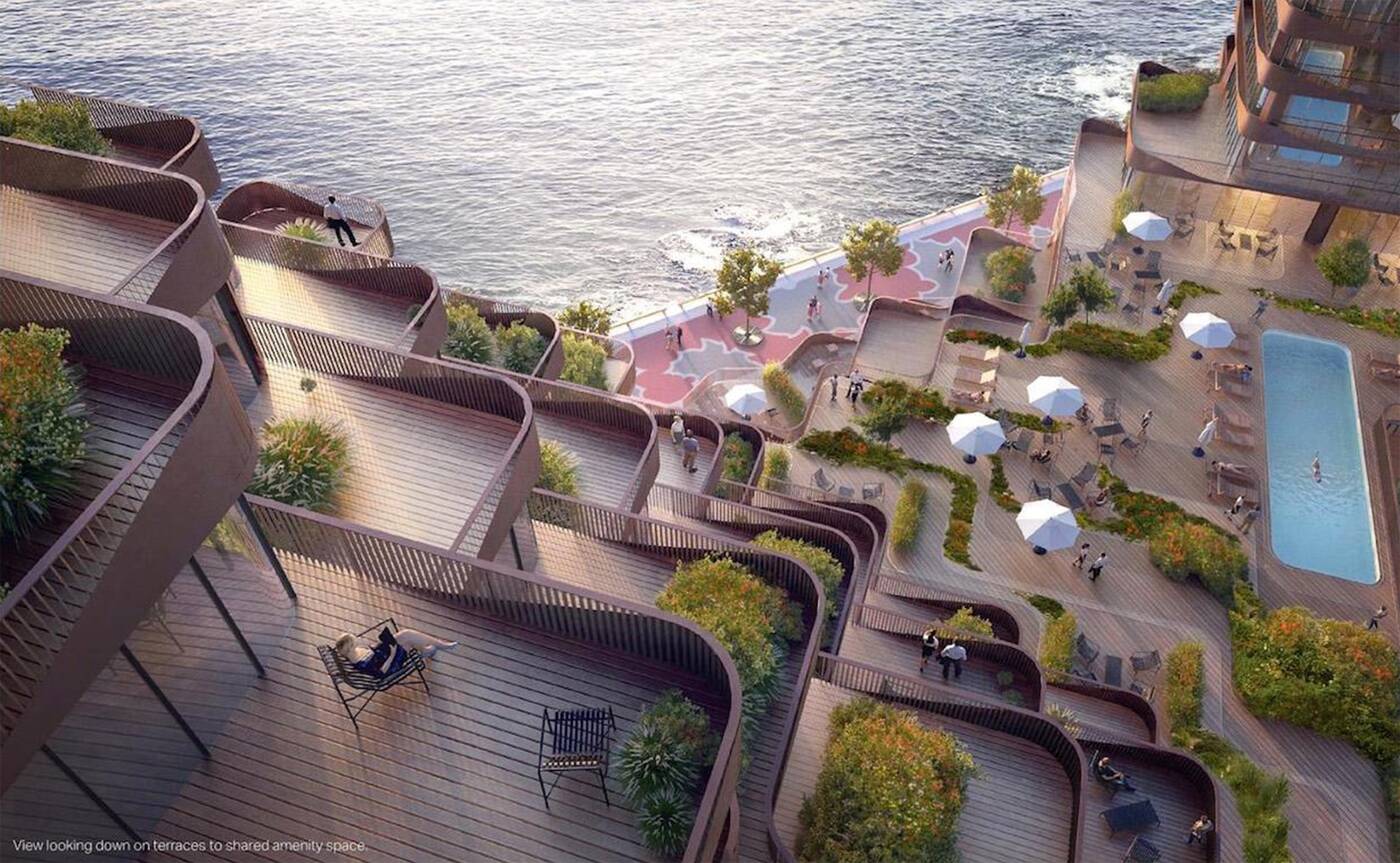 Looking down across the multi-tired decks of Waves at Bayside. Image via 3XN and Waterfront Toronto.

The idea of a wave-themed condo along the waterfront might sound hokey, but when you look at the multi-level design from above, it yields loads of visual interest and achieves the crucial set back from the shoreline to avoid seeming monolithic. 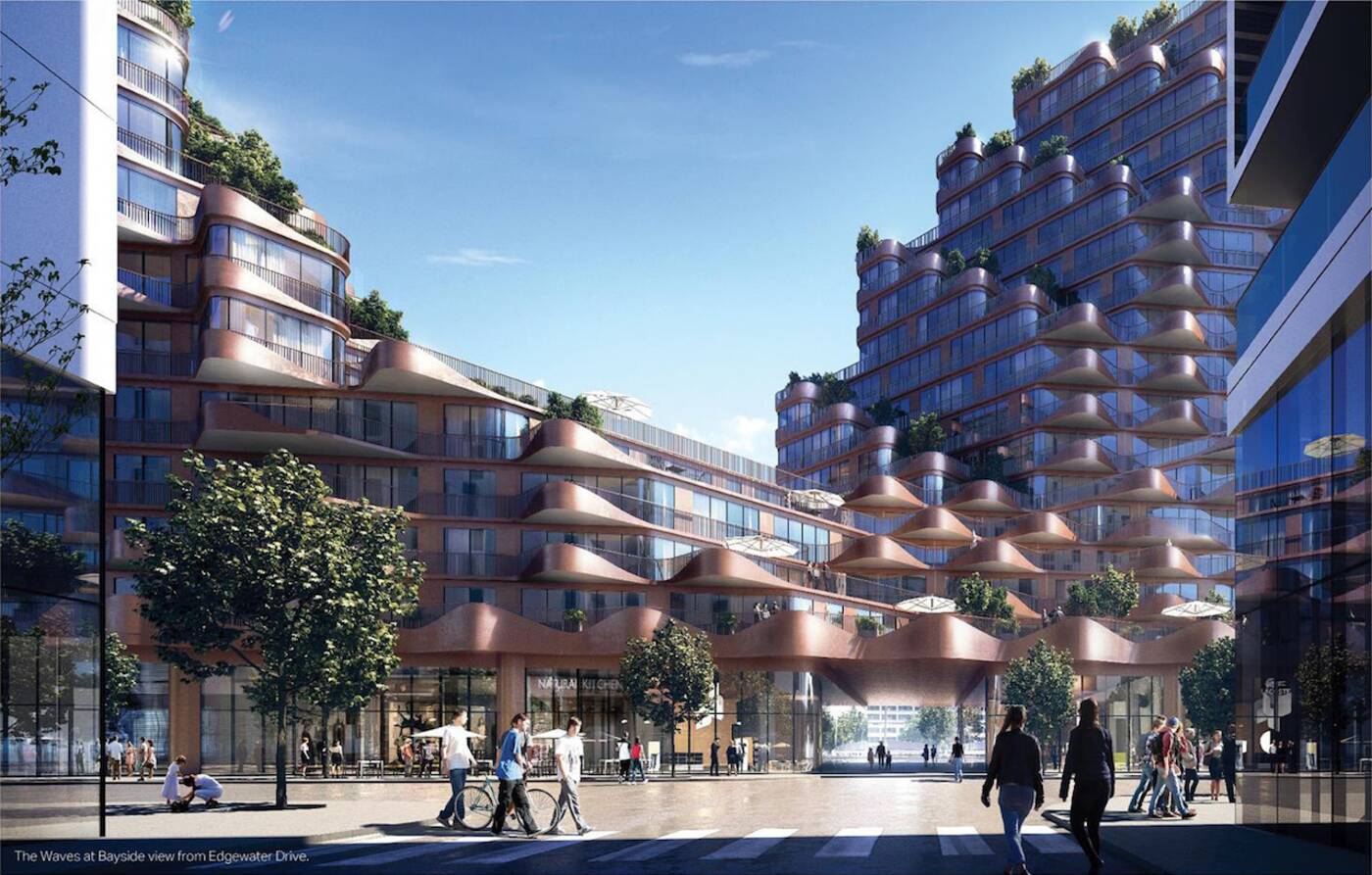 Looking at the development from Edgewater Drive. Photo via 3XN and Waterfront Toronto.

Beyond the design, the presence of retail at grade as well as the possibility for a community centre could be very nice additions to a burgeoning neighbourhood that will needs plenty of non-residential square footage to make it feel like an integrated community.

A lot can happen between the design stage of a development at its construction, but this one looks very promising at this stage in the process.