A recent listing for a studio-sized apartment in Toronto is drawing more ire from residents than usual this week — yes, even more than the typical level of anger aimed at the city's now-ridiculous rental market — and it's pretty easy to see why.

The tiny unit is advertised on Facebook Marketplace as a private, self-enclosed apartment, which is saying more than some of the listings available in the city these days.

But, there's one major catch for anyone who wants to, you know, eat — an actual kitchen. 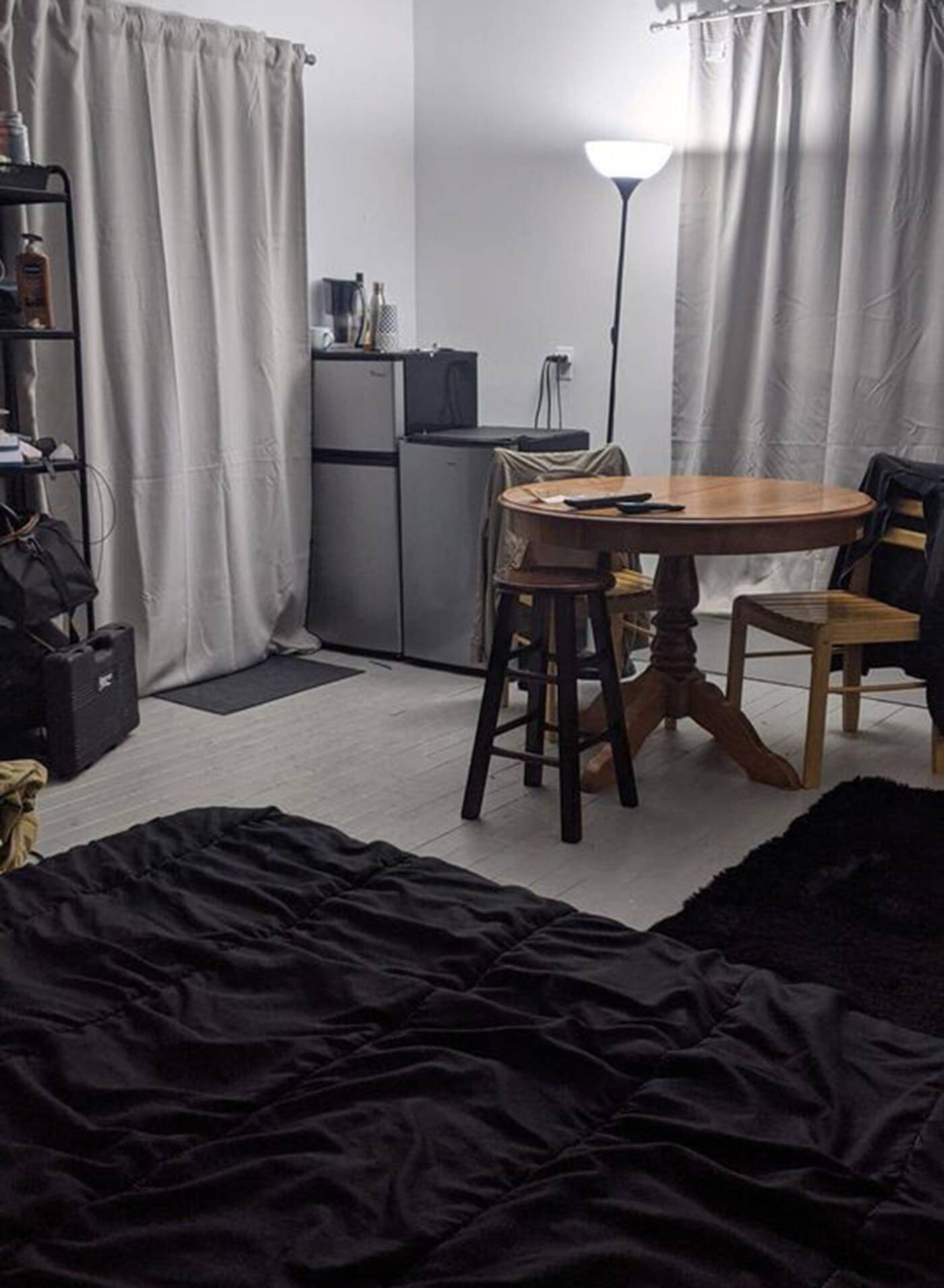 The small fridges in the corner are meant to serve as a kitchen in this "bachelor" unit.

As seems to be a bit of a trend here lately, this particular landlord has decided to rent out a 405-square-foot bedroom with an ensuite bathroom and call it a full bachelor apartment, without anywhere to make or consume food.

Listed for $1,580 per month, the unit comes in at just under the average price for a bachelor apartment in the GTA ($1,770), but without one of its key features.

The room is nice enough, with all utilities included, a completely separate entrance, and space for a bed, table and chairs, TV and more. Plus, there's exposed brick! And windows! It's also allegedly within a 10 minute walk of amenities including Dufferin Mall. 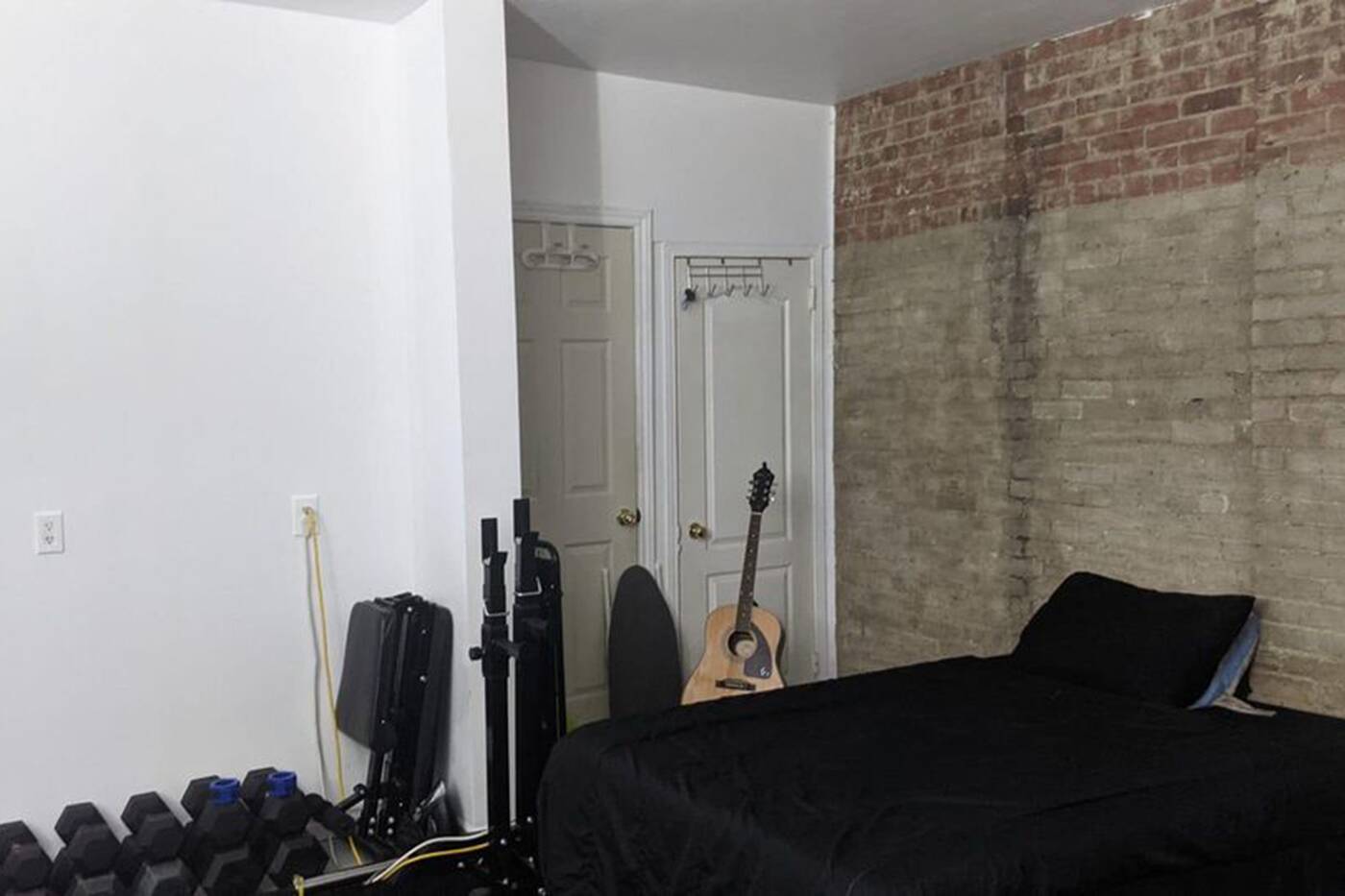 The room is nice enough, and less than the average studio apartment in the GTA — except that it can't exactly be considered a studio apartment, as it has no access to a kitchen.

In the corner is a tiny kitchenette situation that appears to include not just one, but two small fridges (one of them a mini fridge), which is apparently supposed to count for a kitchen.

The kicker is that the landlord demands a minimum six-month lease from a "AAA tenant" who "must be able to provide credit report and proof of income" — which is much of the reason that hundreds of people are drunking on the ad in a dedicated Reddit thread about it right now.