The housing and rental markets in Ontario have gotten to the absurd point where it's actually cheaper to pay off the typical mortgage than to pay rent right now in some places.

And though that isn't quite the case yet in Toronto, tenants are indeed paying progressively more for the average apartment in the city while interest in buying real estate wanes.

With rent in Canada's largest city hitting a high of $2,691 on average in July, people are finding themselves having to settle for worse on their housing budget. One look at current apartment listings shows that there's certainly no shortage of terrible units up for grabs here.

One new listing, like others in recent weeks, redefines the word "bedroom" in the worst way, advertising a "den" space as a private room for someone to rent out for $700 per month. 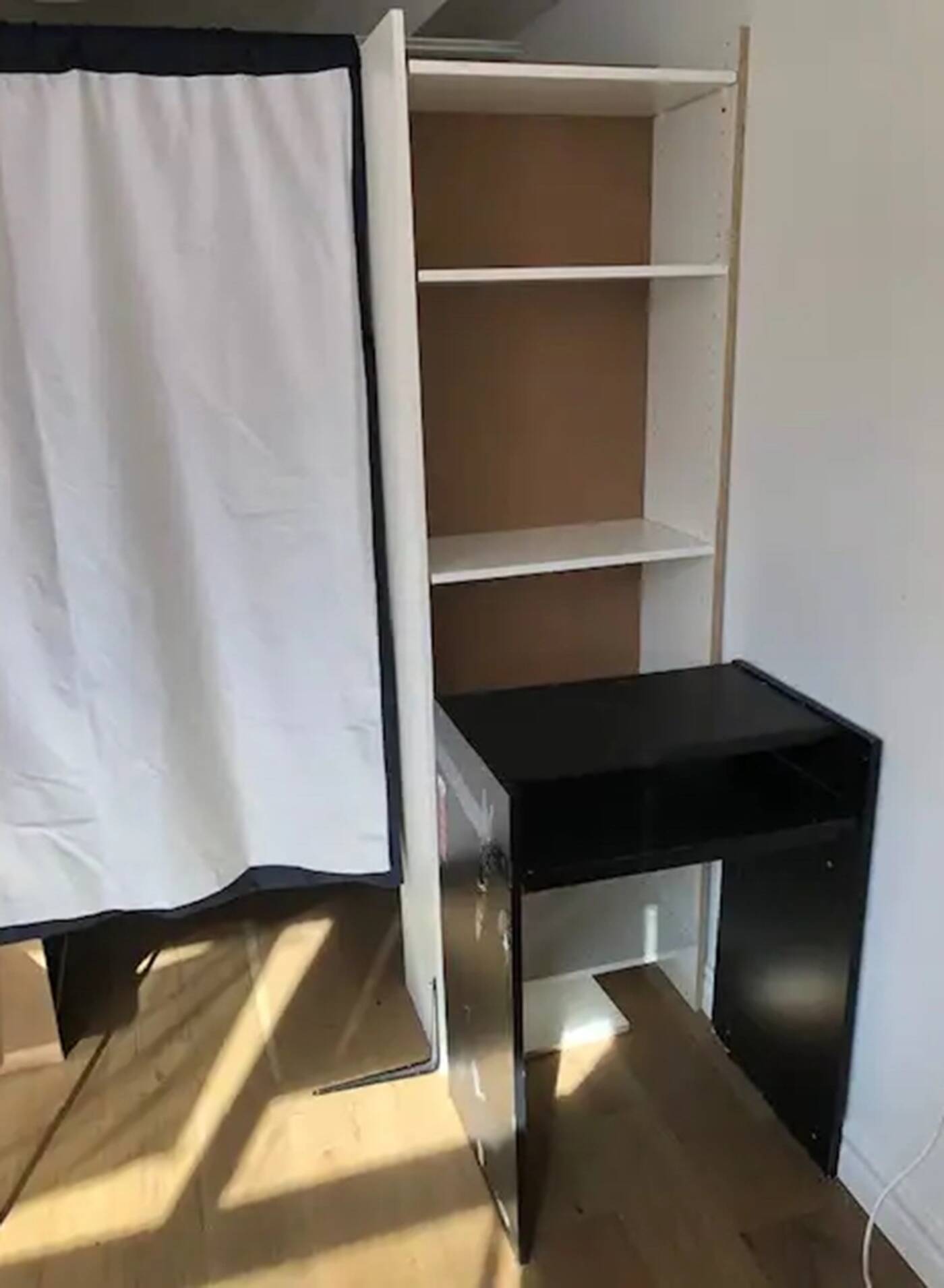 The den, which is part of a one-bedroom condo, appears to be 8.2 feet by 6.6 feet, according to the Kijiji listing ˘— about the size of an average prison cell in the U.S., and smaller than the Red Cross recommends for jail accommodation.

The room is also divided from what is presumably the rest of the shared living space haphazardly with some furniture (a bookcase) and temporary barriers, including a curtain that is apparently being used as a makeshift door. 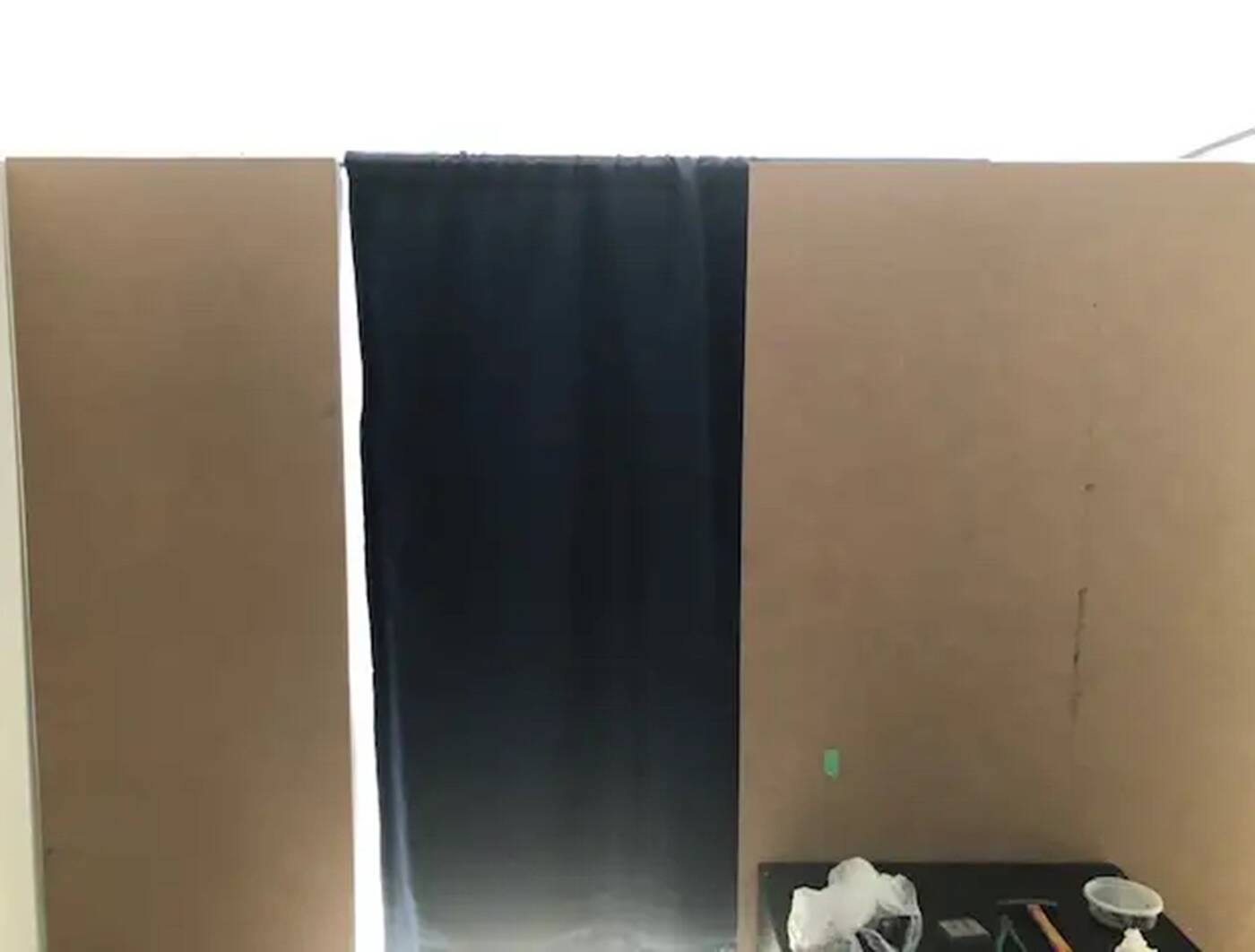 It's a very desolate set up, though there is, at least, a window, prompting the poster to deem the room "very bright with plenty of sunshine."

The location is also pretty ideal, right near OCAD on St. Patrick Street near Dundas, which is very central and walkable to bars, restaurants, transit, the Eaton Centre, U of T and more. 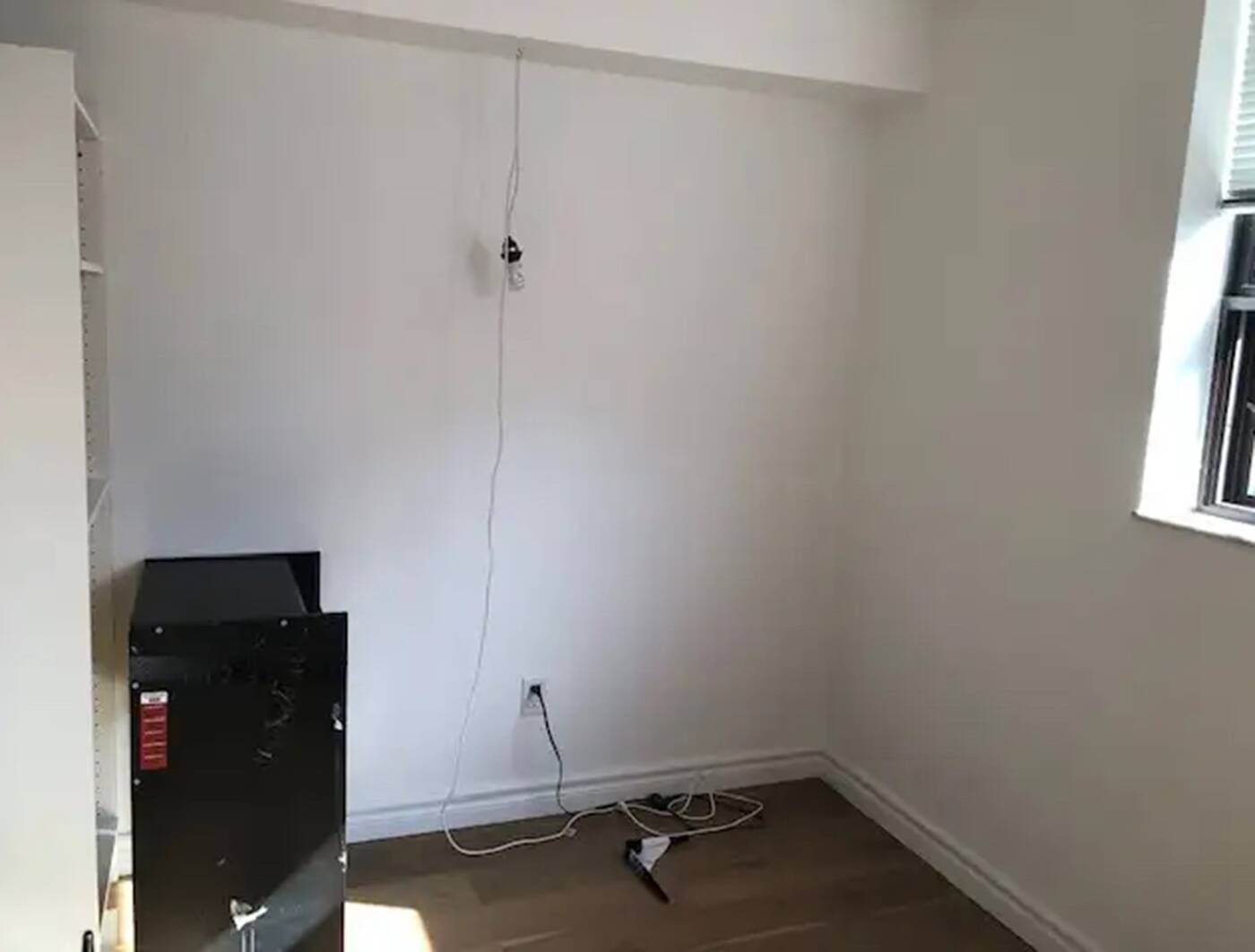 But, you'll only be able to fit a single bed in the space, which you'll have to bring yourself, though your new roomie who you'll be sharing very tight quarters with states in the listing that they'd be happy to lend you a computer desk and chair, as well as, evidently, the bookcase that's being used as part of the wall.

Maybe the future tenant can hope to spend most of their time in the condo building's public areas, which include a study room and outdoor pool.