One lucky skating fan in Toronto just scored a home with their own personal ice rink — an indoor one they can play at year-round — and managed to get it for under asking, too. 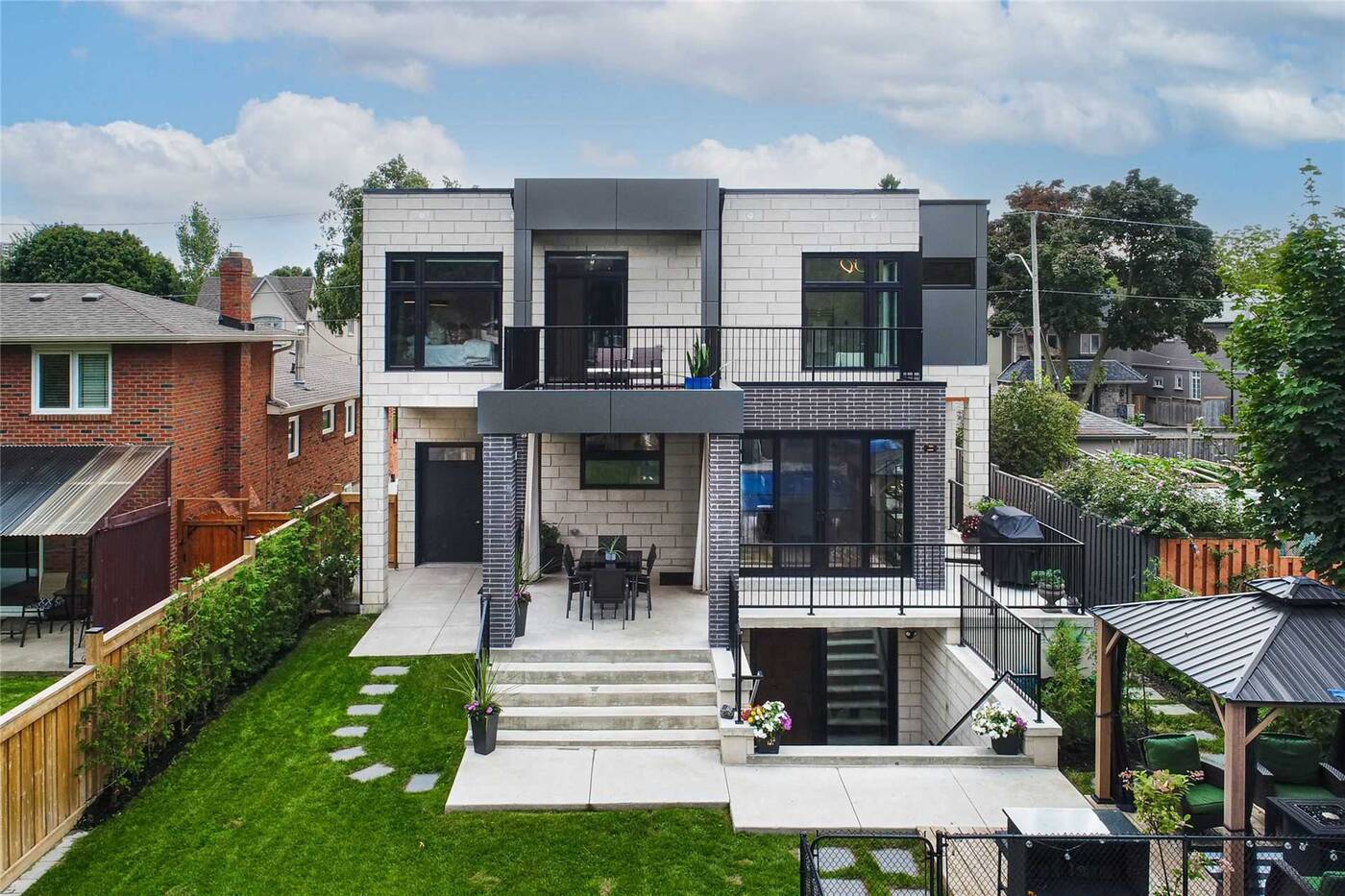 The home at 98 Glen Albert has its own indoor ice rink and sold for $125k under asking this week.

Toronto's market is in an absolute nosedive, according to every expert ever, with the number of listings and home sales in drastic decline over the past few months.

While prices haven't match the downward trend all that much, it still doesn't seem like the best time to sell with such little demand in what is now considered a buyer's market. 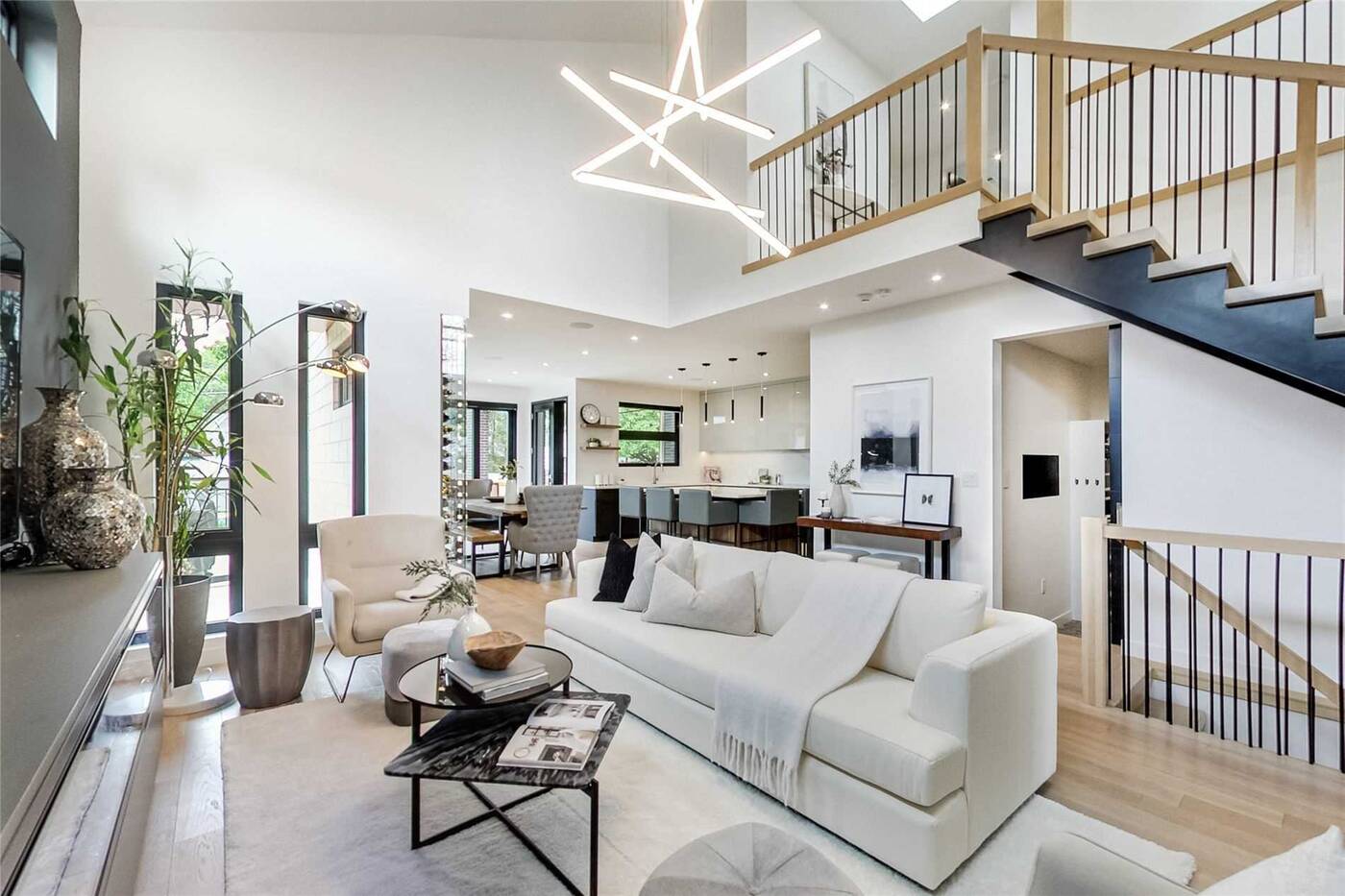 The interiors are modern and gorgeous, but it's what in the basement that is the main selling feature for a certain type of buyer.

While other homes quite outside the city with indoor hockey rinks have been listed for over $4 million or even upwards of $14 million, one that just popped up on the Toronto market was listed at $3.15 million at the end of September, and sold within just 10 days — but for $150k less than the asking price, given the market. 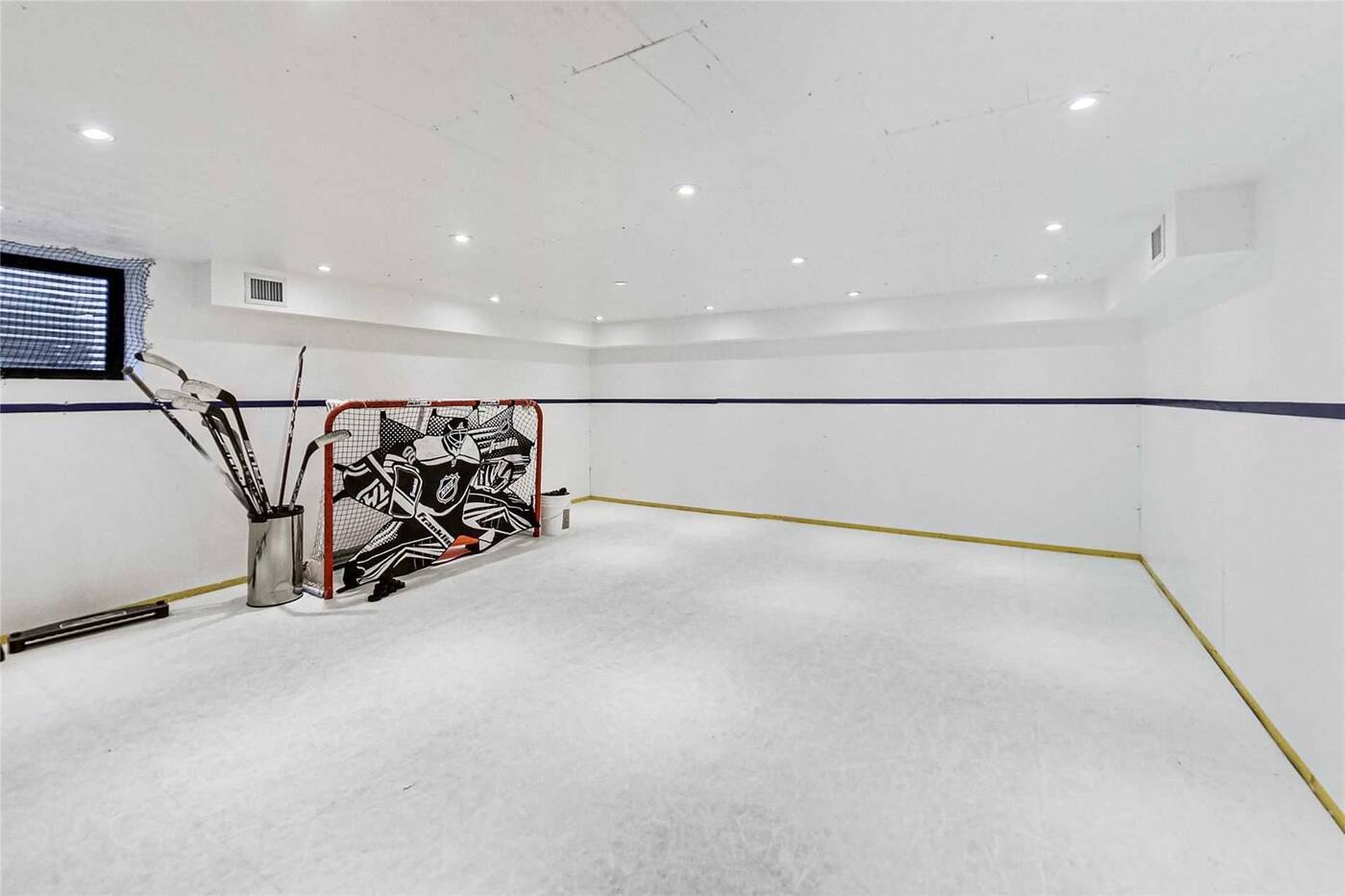 The rink is new and professional-grade, set up perfectly for hockey fans.

The 4+1 bedroom, 5+1 detached home at 98 Glen Albert Drive in East York is reminiscent of many other new, modern rebuilds in the city — boxy in design and grey-and-black in palette — but, it has a few extremely unique features that served as key selling points. 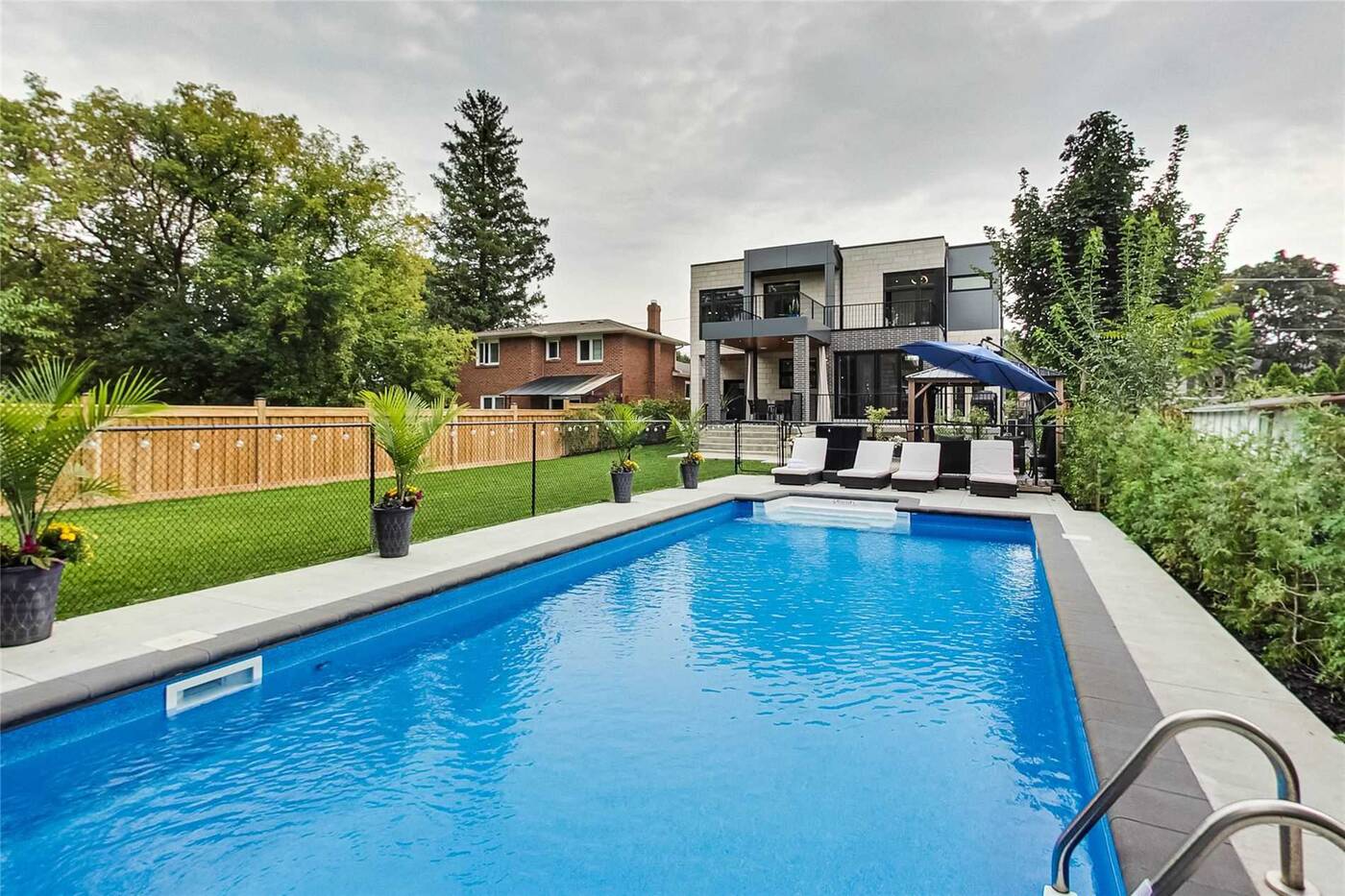 An outdoor pool and cabana with bathroom are among the home's other features.

Sure, there is the beautifully landscaped gardens, outdoor pool and cabana (complete with its own bathroom), walk-in closet for every bedroom, multiple outdoor patios, driveway to fit seven vehicles, wine cellar display in the kitchen, and just under 5,000 squar feet of sleek, luxe design. 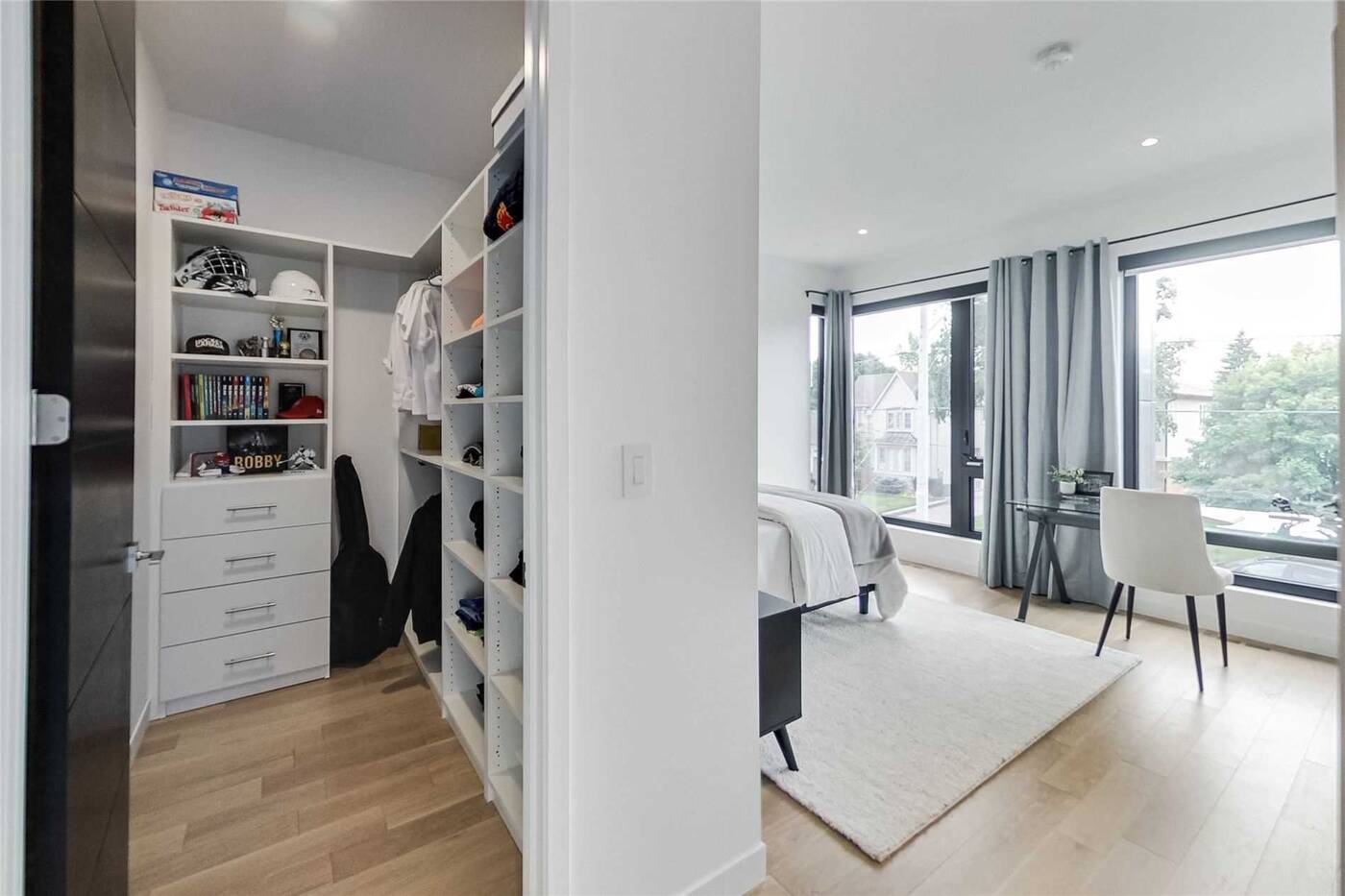 Every bedroom even has its own walk-in closet.

But then there's the basement, which houses a custom professional-grade ice rink for any hockey buff or learner looking to improve their skills, along with a gym and separate climbing room with ropes. 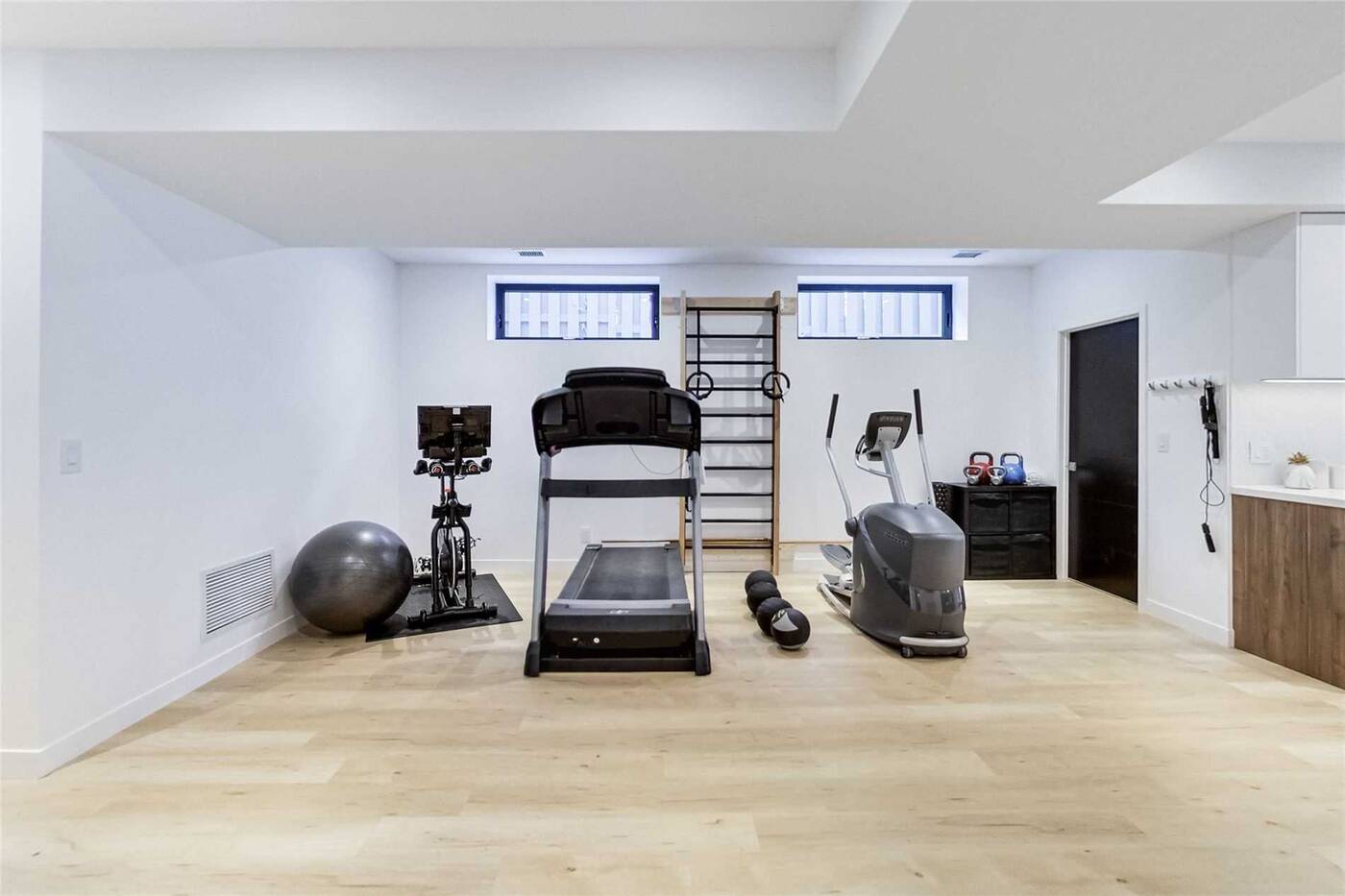 Along with the rink, the basement is equipped with a gym.

With the average price of a detached home in the 416 now at $1,585,589 as of September — down 11 per cent year-over-year, compared to a 44.3 per cent drop in sales volumes — it's hard to say whether this buyer got a deal for such a rare amenity that is usually only in even pricier homes.

Also, getting any home for under asking in Toronto, though perhaps more common lately, is a notoriously rare feat. 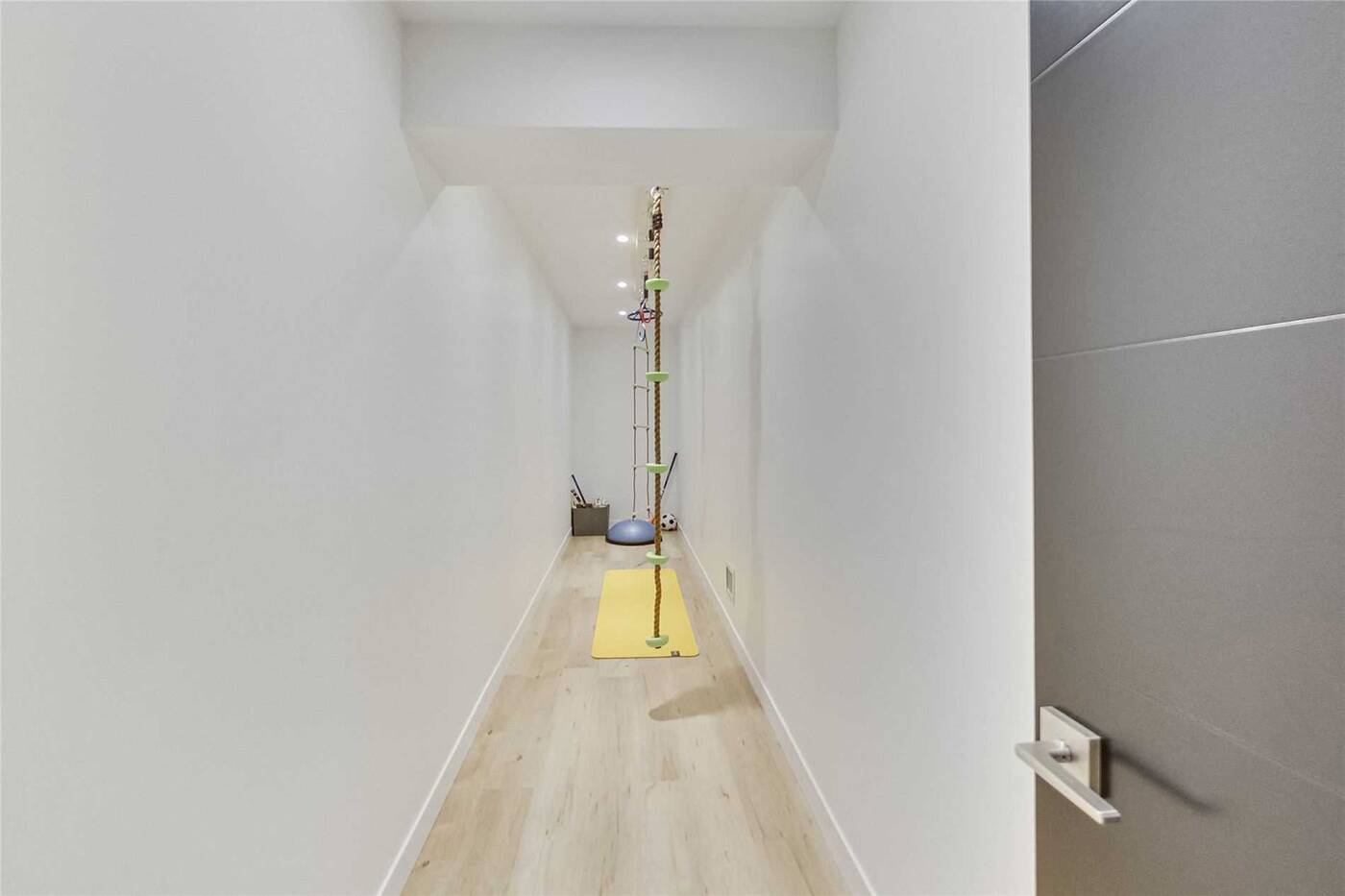 A small room with ropes climbing wall is also in the basement.

What's clear is that even if they sold below asking, the seller is likely pretty happy, having purchased the lot near St. Clair and Victoria Park Avenues (complete with an older home they demolished) for $1.05 million four years ago, according to data from Properly.