Massive complex to fully transform what was once Toronto's worst intersection

Remember the mess that was the Six Points intersection? What was perhaps Toronto's most confusing intersection is looking much less like a chaotic pile of spaghetti after a substantial city-led reconfiguration, and now, the Bloor/Kipling/Dundas intersection is gearing up for yet another massive change.

A new development application seeks to bring a massive rental complex to 5207 Dundas Street West at the interchange turned intersection, further transforming the evolving landscape with high-density development while responding to an urgent crisis-level shortage of affordable housing.

The proposal is led by private developer Tricon as part of the City's Housing Now initiative, which was created to unlock City-owned assets for the development of affordable housing within communities designed from the ground up as mixed-income and transit-oriented.

Six Points' reconfiguration has freed up new lands in close proximity to the Kipling TTC and GO stations, and combined with the transit-friendly location, the new proposal at Dundas and Kipling meets all the city's criteria for substantial development.

The plan would bring 24- and 17-storey mixed-use purpose-built rental apartment buildings to the intersection, with towers featuring designs by Henriquez Partners Architects with a striking pattern of rectangular windows framed by projecting hexagonal cladding in bronze hues. 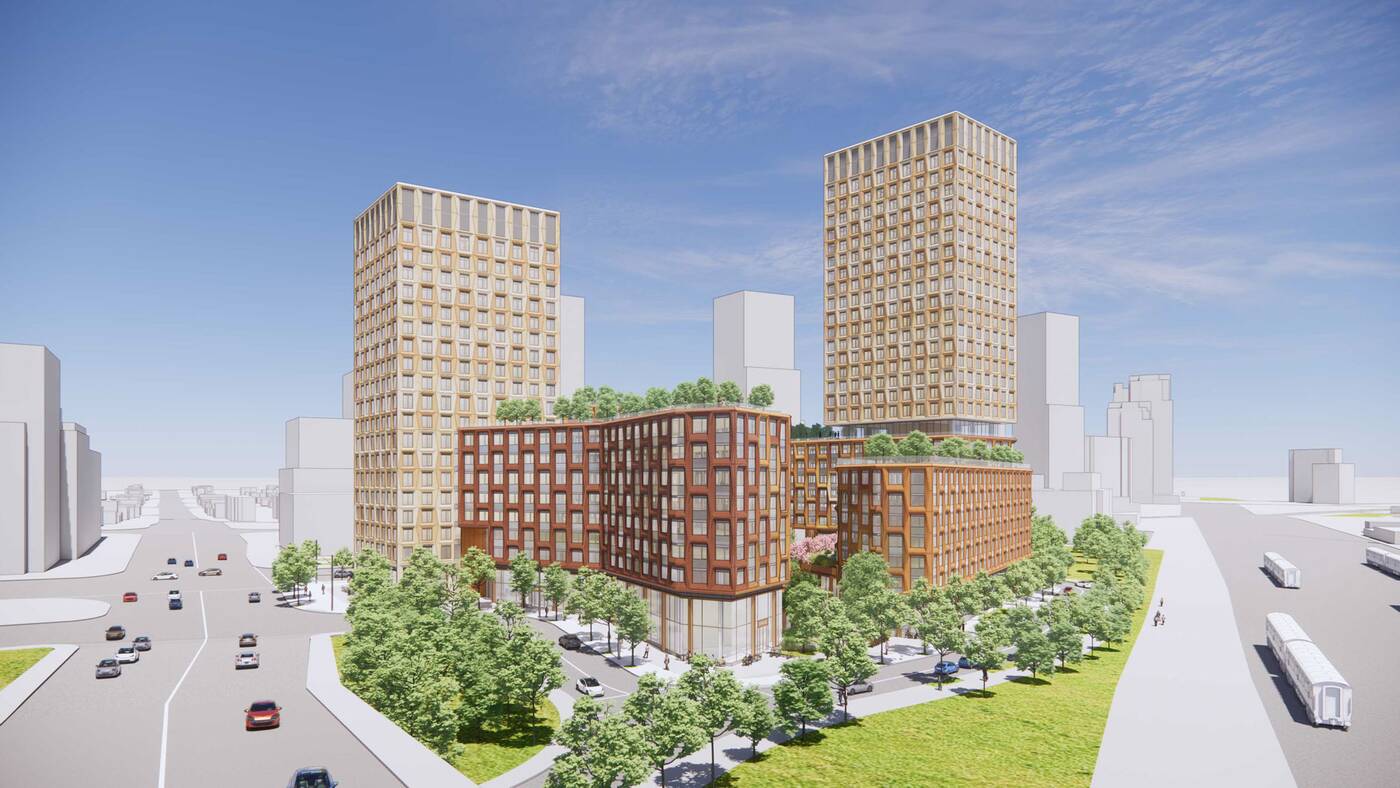 Their podiums would form a courtyard designed by acclaimed Montreal-based landscape architects Claude Cormier et Associés, best known locally for their work on the beloved dog fountain at Berczy Park. 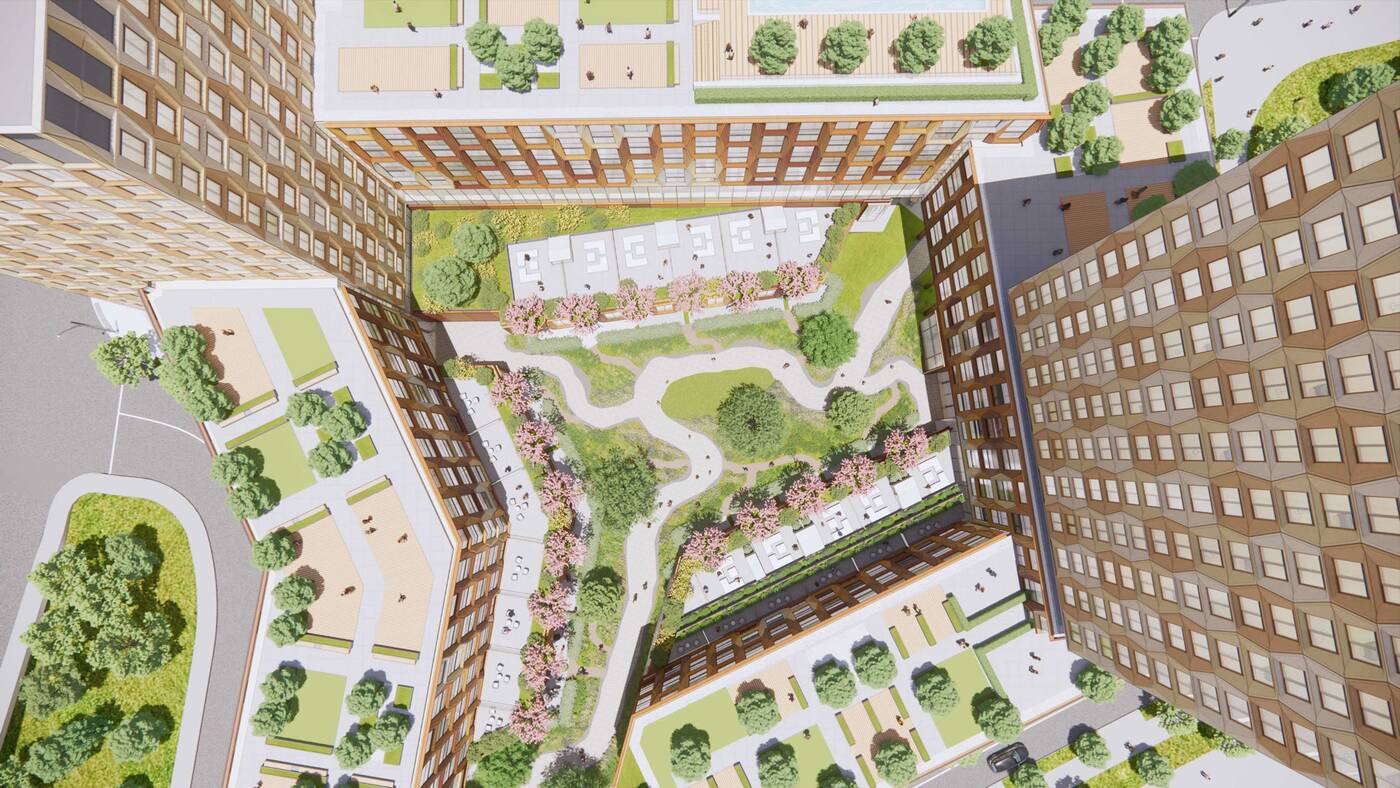 A total of over 57,700 square metres of space are proposed across the complex, with 93 per cent of the total dedicated to residential space. 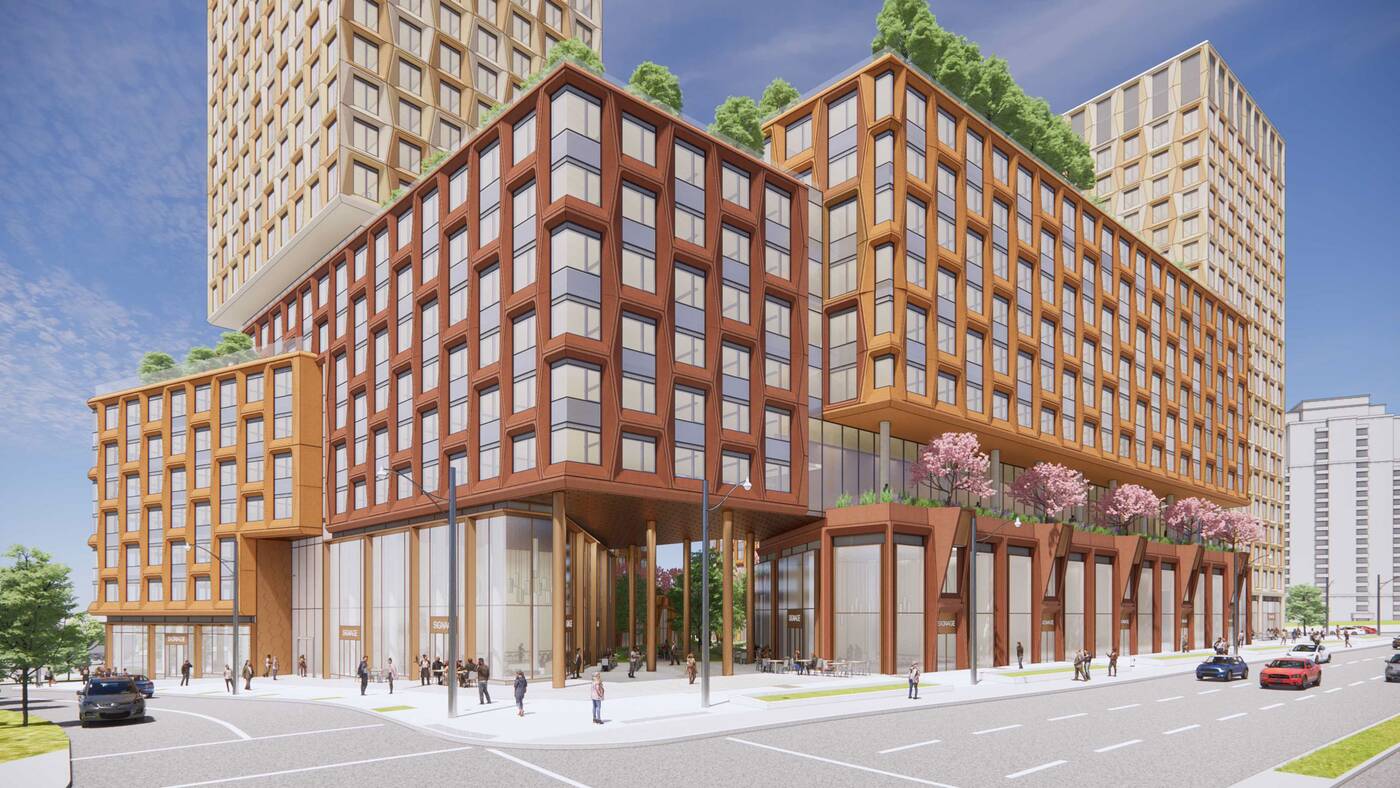 Plans call for 644 purpose-built rental apartments, including 428 market-rate units and 216 affordable units. The unit sizes include 304 one-bedrooms, 239 two-bedrooms, and 101 three-bedroom units, a much higher share of family-sized units than is typical in your average new condo proposal. 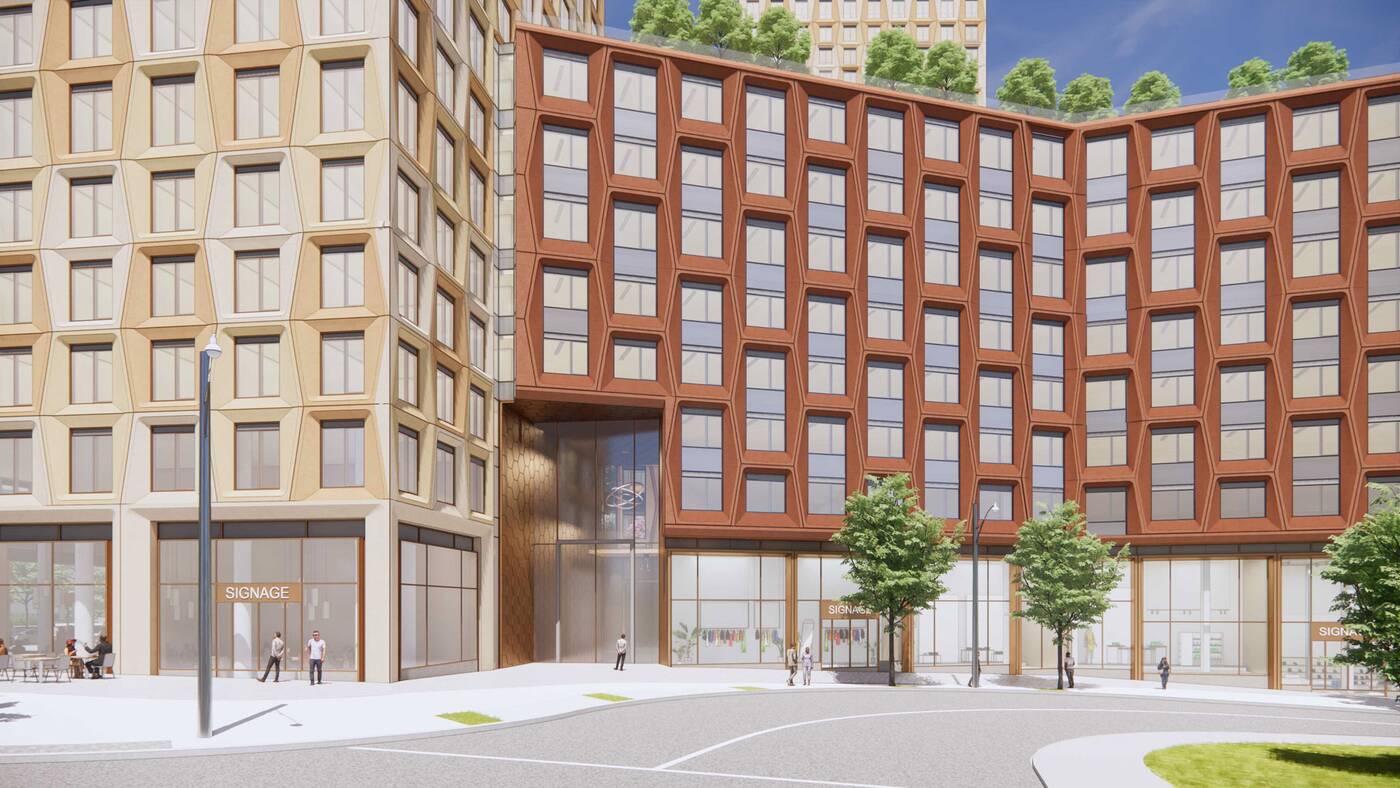 The remaining share of the complex, accounting for approximately 48,000 square feet, or over 4,500 square metres, is planned as commercial space lining the ground floor of the Dundas St. W. frontage. 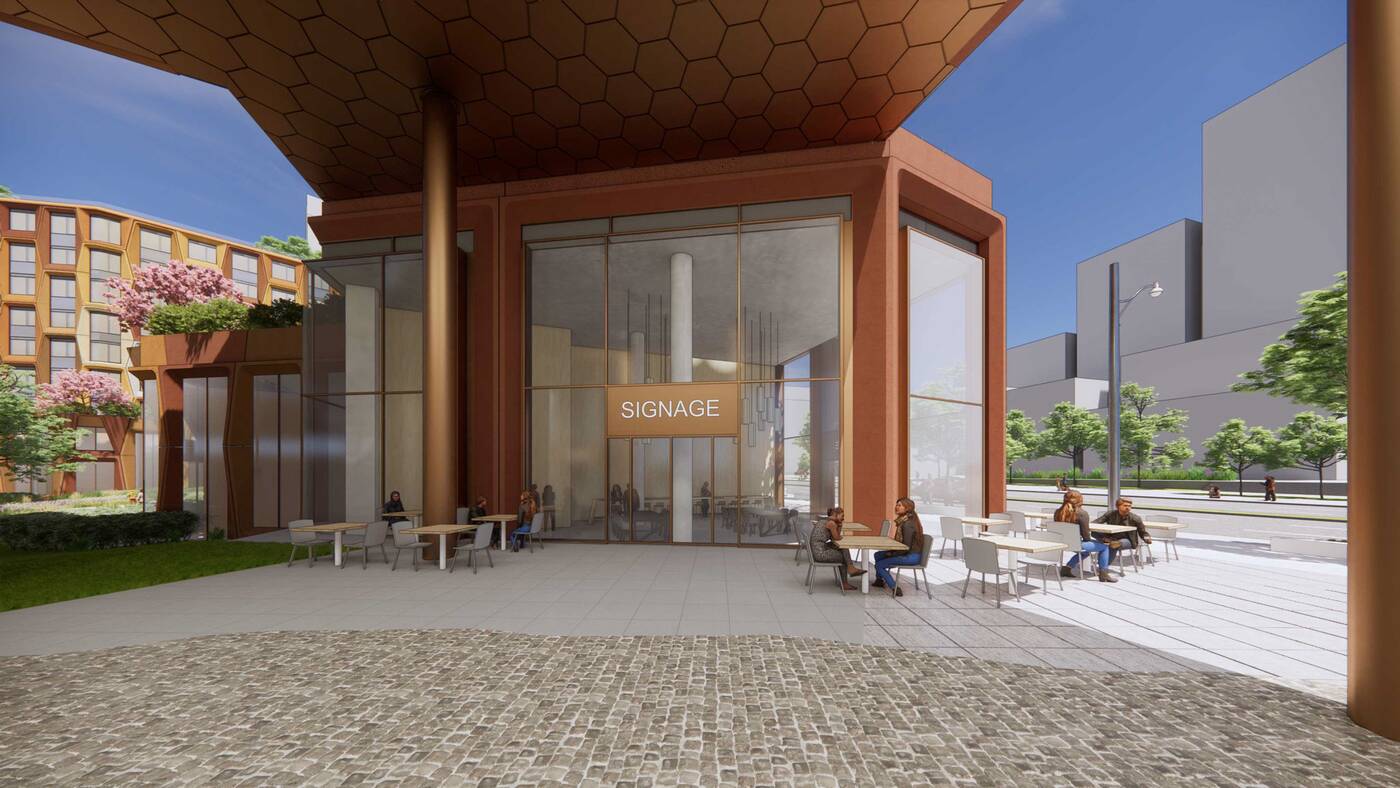 Buildings of this scale would have been unthinkable here just a few years earlier when the Six Points interchange operated more like overlapping highway exits than part of a functional city street grid. But times sure do change.