Toronto's most confusing intersection is now even loopier

Never has the nickname "Spaghetti Junction" been more appropriate for the intersection between Kipling Avenue, Bloor Street West and Dundas Street West.

The notorious Six Points Interchange in Etobicoke is currently under construction following more than 10 years of planning, consultation, engineering, and design.

Considered one of the biggest Toronto construction projects in years, the realignment and reconfiguration of this busy, ramp-heavy area can't be finished overnight. Far from it.

So, in an effort to keep the city moving, the City of Toronto has been distributing periodic, stage 1 construction updates with information about traffic restrictions, work zones and alternate travel routes.

The most recent update, released on Monday, talks about the installation of new watermains and other such things that few people care about as much as how the heck they're going to drive through the area right now.

The answer to that question is "hilariously." 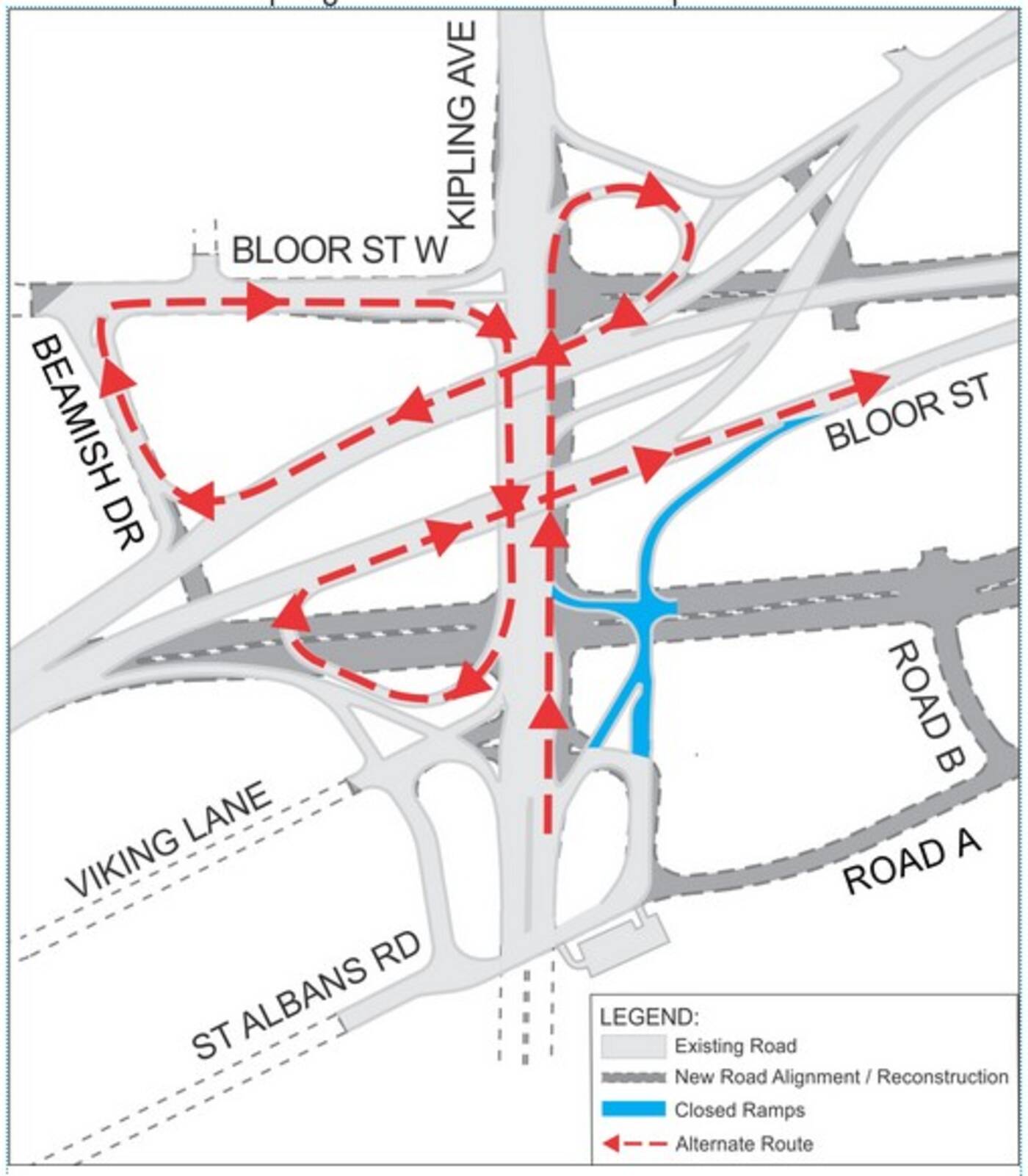 The above map shows what the city calls its "preferred alternate route to access Bloor Street eastbound from Kipling Avenue" due to ramp closures.

As you can see, it involves three huge loops winding around four corners of the intersection. If the ramp weren't closed, it would be a simple right turn from Kipling onto Bloor heading East.

"It is often said two wrongs don't make a right, but three lefts do," wrote one Redditor in response to the graphic today. "In this case, seven rights make, uh, one right."

"I don't care what you say," wrote another, "that 'Alternate Route' looks like so much fun, I might go there just to do it!"