A Toronto grocery store could soon bite the dust, with plans in place for a condo tower to rise in its place.

A new development application spells out the coming demise of 425 Bloor Street West, currently the site of a Metro grocery store, and one of the latest properties on the chopping block in a city that just can't get enough condos.

The October proposal calls for a 30-storey condo tower to replace the existing single-storey grocery store and its associated surface parking lot.

While plans seem to indicate that Metro itself was proposing the condo, the grocery brand confirms to blogTO that the property has been conditionally sold to a seasoned condo developer. 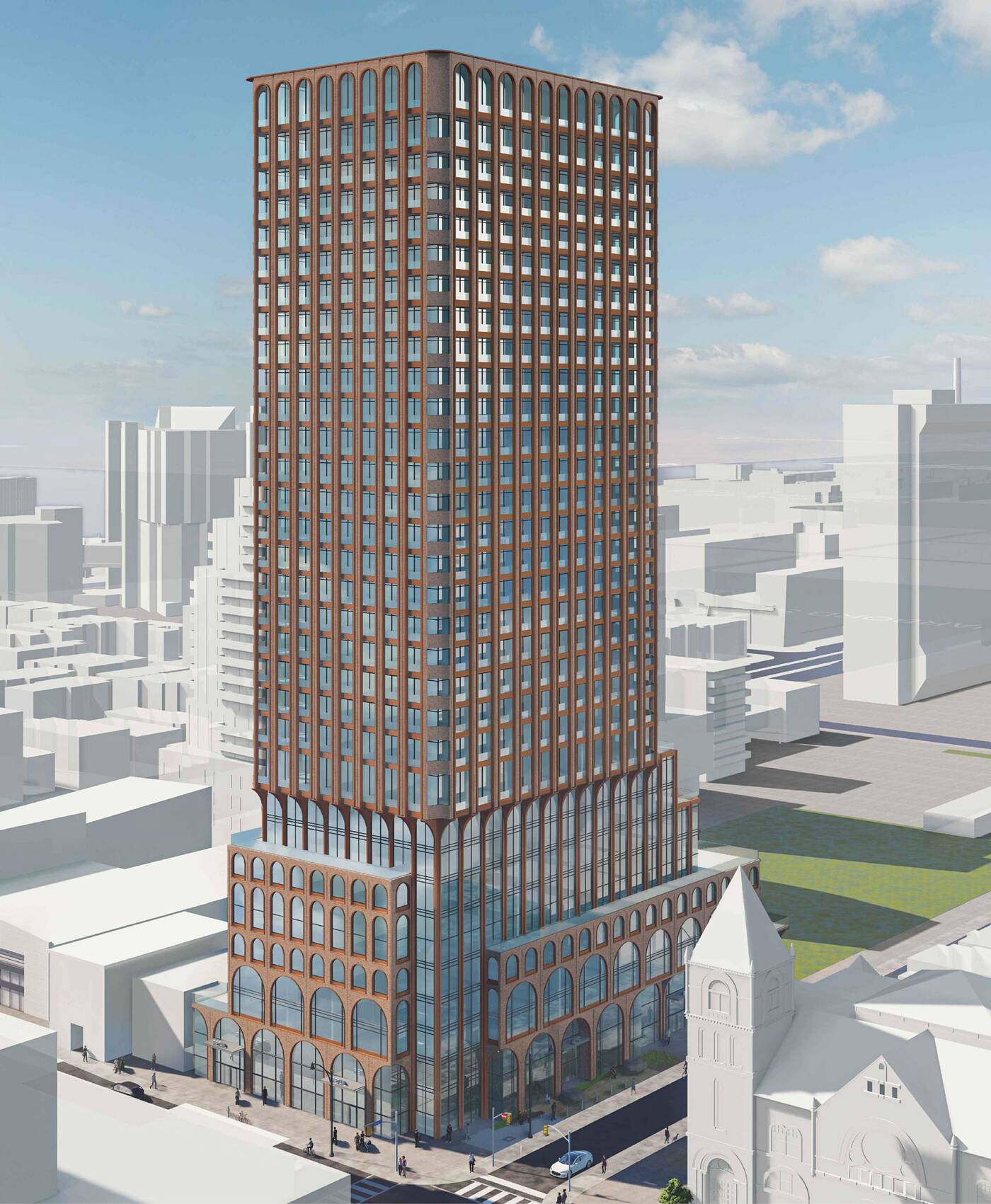 A 29,230 square metre building featuring a design from architects IBI Group would dedicate 95 per cent of its floor area, or 27,787 square metres, to residential space supporting condos and associated amenity space.

This includes 418 condominium units, proposed in a mix of 79 studios, 229 one-bedrooms, 67 two-bedrooms, and 43 three-bedroom units. A plan to incorporate knock-out panels will allow some smaller units to be combined into multi-bedroom suites based on demand, with a minimum unit count of 376.

The building's remaining 1,444 square metres is planned as retail space on the ground floor and a mezzanine level. A pair of retail spaces will be divided by a residential lobby, and it is not specified whether Metro would return in a smaller urban format, or if these spaces would be leased to other retailers.

The site is positioned less than 100 metres from Spadina Station on the TTC's Line 2, and the developer is taking advantage of a recent loosening in minimum parking requirements with a garage containing just 65 parking spaces.

Most residents would be expected to make use of the nearby subway and streetcar lines, along with a proposed 439 bicycle parking spaces on site.

And it shouldn't come as much of a shock to see a high-rise proposal for this site.

There are already nearby approvals in place for towers at 300 Bloor, 316 Bloor, and 334-350 Bloor, as well as another nearby proposal at 320-332 Bloor, so it's somewhat expected to see more low-rise building stock in the area targeted for redevelopment.