Those who work or live along Toronto's Bloor-Annex strip could see a significant transformation in the years to come, with yet another tower proposal submitted that would erase a whole block at the northeast corner of Bloor and Spadina.

Spanning 320 to 332 Bloor Street West, immediately south of Spadina subway station, the proposal for a 37-storey mixed-use residential building would see the downfall of existing locations for Pizza Pizza, Fresh, Second Cup, Noah's, and Wine Rack, among others. 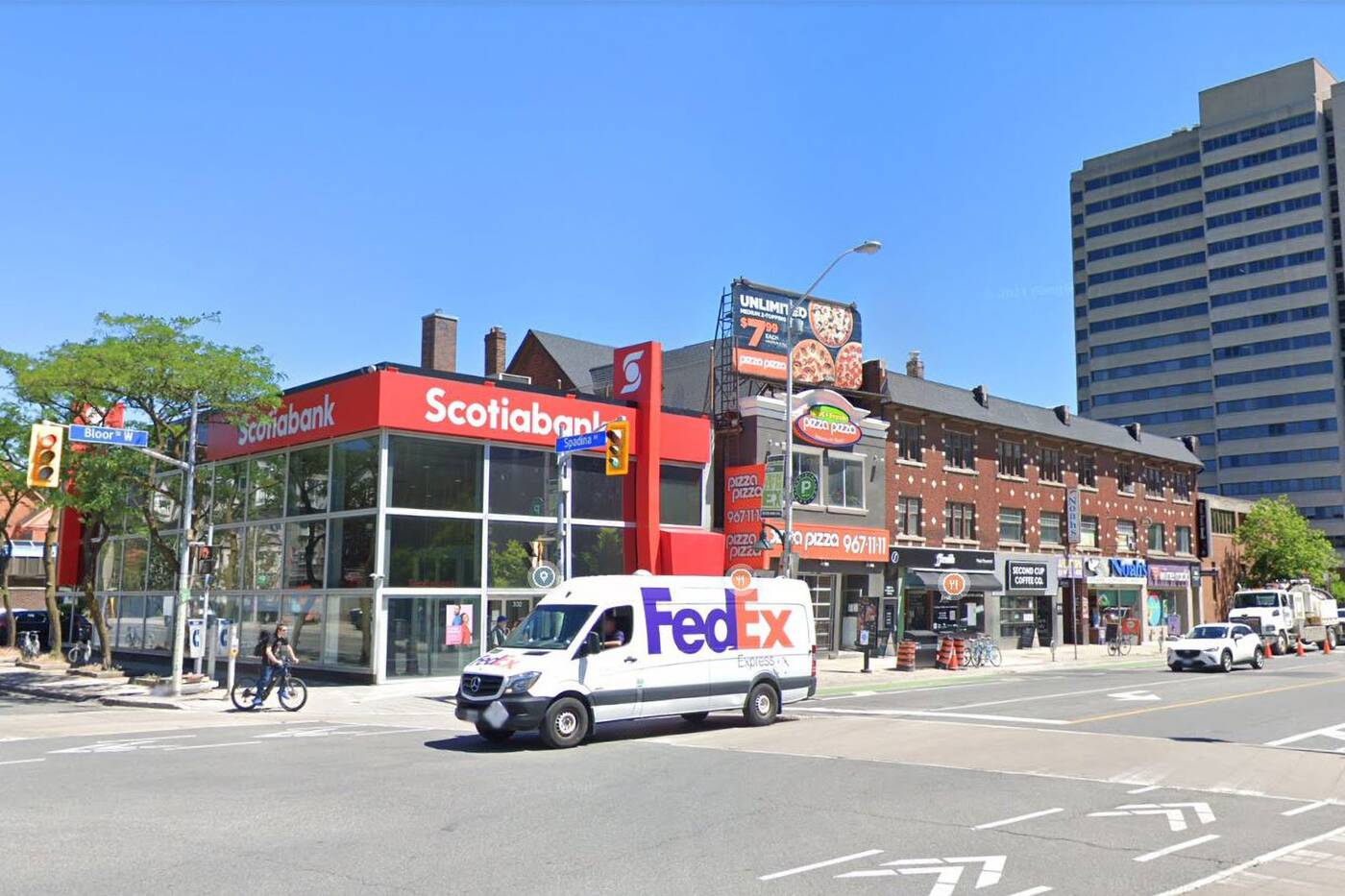 Looking northeast to the existing block of businesses that would be replaced by the proposed redevelopment. Photo via Google Street View.

Planned by developer First Capital, the existing businesses would be replaced by a new landmark for the corner, albeit one that is certain to generate controversy with locals.

Designed by BDP Quadrangle, the residential tower — its tenure not specified in the application — would soar almost 115 metres above the intersection with an exterior defined by an irregular geometric pattern that would give the building a distinct skyline presence. 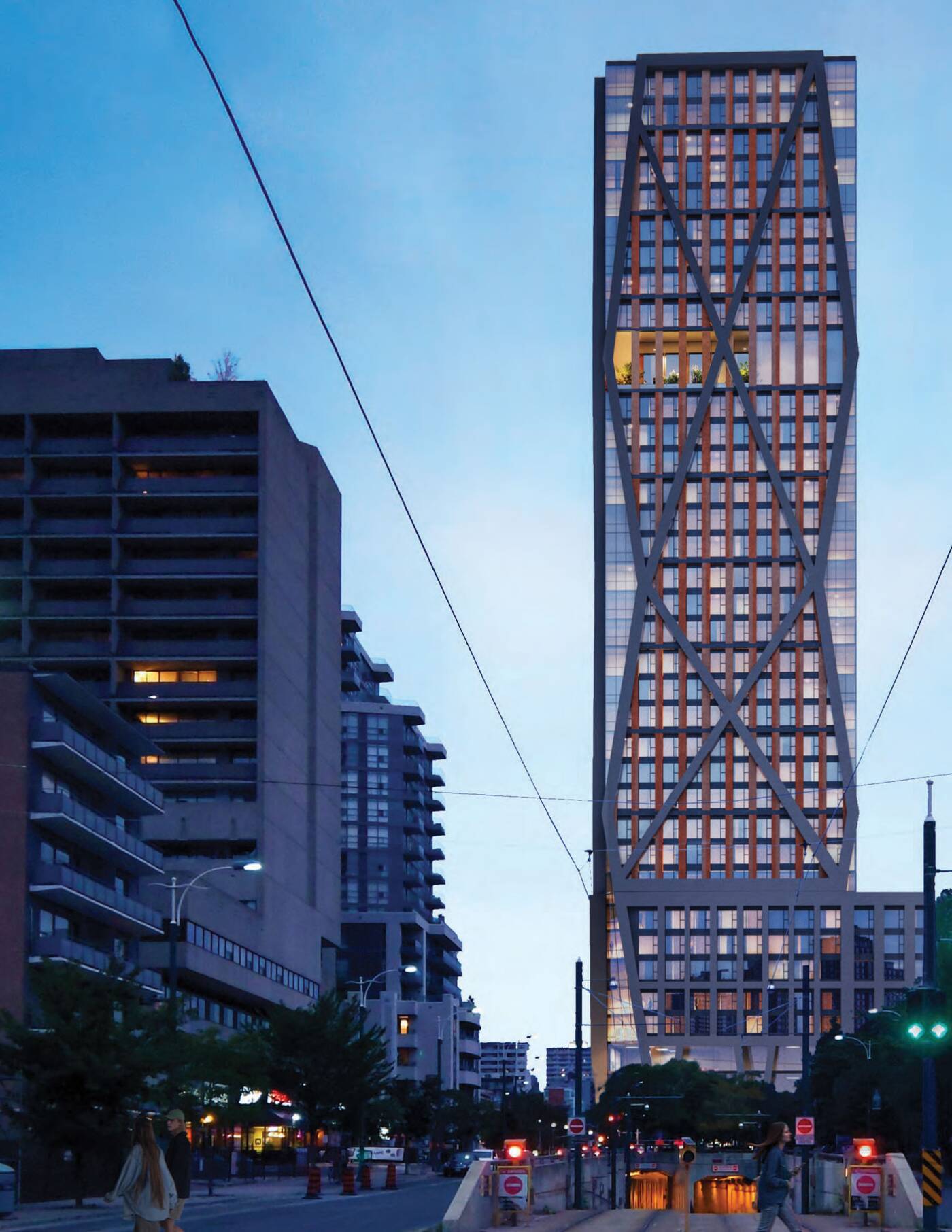 View of the proposed development facing north along Spadina from Sussex. Rendering by BDP Quadrangle.

But it's what the project offers at street level that will give back to a neighbourhood sure to have concerns about such a tall building in their neck of the woods.

The question is, will it be enough to entice a tower-fatigued city with vocal councillors and neighbourhood associations?

The community would get new public spaces out of the development, including a 91 square-metre space at the corner of Bloor and Spadina sheltered by the building's third floor above, supported by dramatic V-shaped columns.

Another 450 square-metre publicly-accessible space is planned to east, forming a proposed 'woonerf' or pedestrianized road that will link Bloor Street with Paul Martel Park to the north. Pedestrians in the area would also benefit from a proposed widening of sidewalks fronting the building.

Plans call for 366 units, and whether these turn out to be rentals or condos appears to be a decision for a later date. Still, the unit breakdown appears to support a wide variety of lifestyles, with 39 per cent of the total to be family-sized, two- or three-bedroom units.

Residents of all floors would be treated to a spectacular slice of the sky, with the building's 29th floor to be home to a mix of amenity and mechanical space.  This amenity level, featured prominently in the rendering above, includes a sheltered outdoor space that will offer residents south-facing views of the city.