The history of the moving sidewalk at Spadina subway station

The Line 1 and 2 platforms of Spadina Station should really be two separate stops given the physical distance between them. That was the TTC's original plan, but for a variety of reasons, the decision was ultimately made to fashion Spadina as a sprawling interchange.

The long walk between the two platforms was once made easier by a lengthy moving sidewalk that simultaneously delighted and enraged subway users.

It was one of the most interesting features of the subway system - and a hell of a lot of fun for kids - but it was also expensive to maintain, prone to break down, and ultimately went the way of the Dodo in 2004 when the TTC decided that it just wasn't worth the money to keep up. 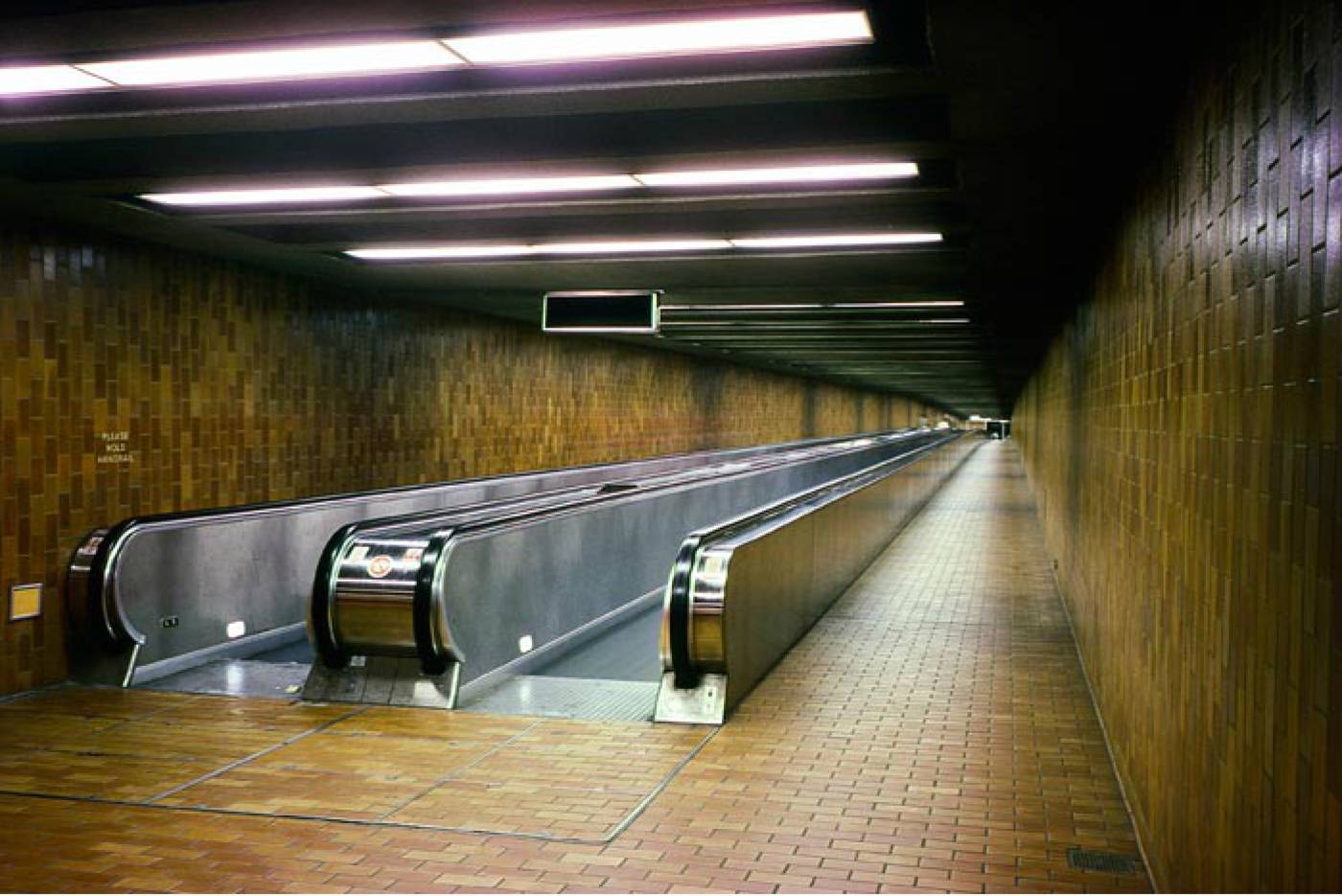 The moving walkway at Spadina Station in all its glory. Photo be Ben Mark Holzberg / Library and Archives Canada.

Many people remember the moving walkway as it was removed just over 15 years ago, but the story behind it is an intriguing one.

When the Spadina Extension was built in 1978, the current north/south platforms were initially designed to be separate stations altogether, one of which would go by the name of Lowther, after the street which runs immediately to the south of the Line 1 portion of the station.

In the end, the TTC had a change of heart and decided to build a 150 metre long walkway to link the two stations under the the same designation. 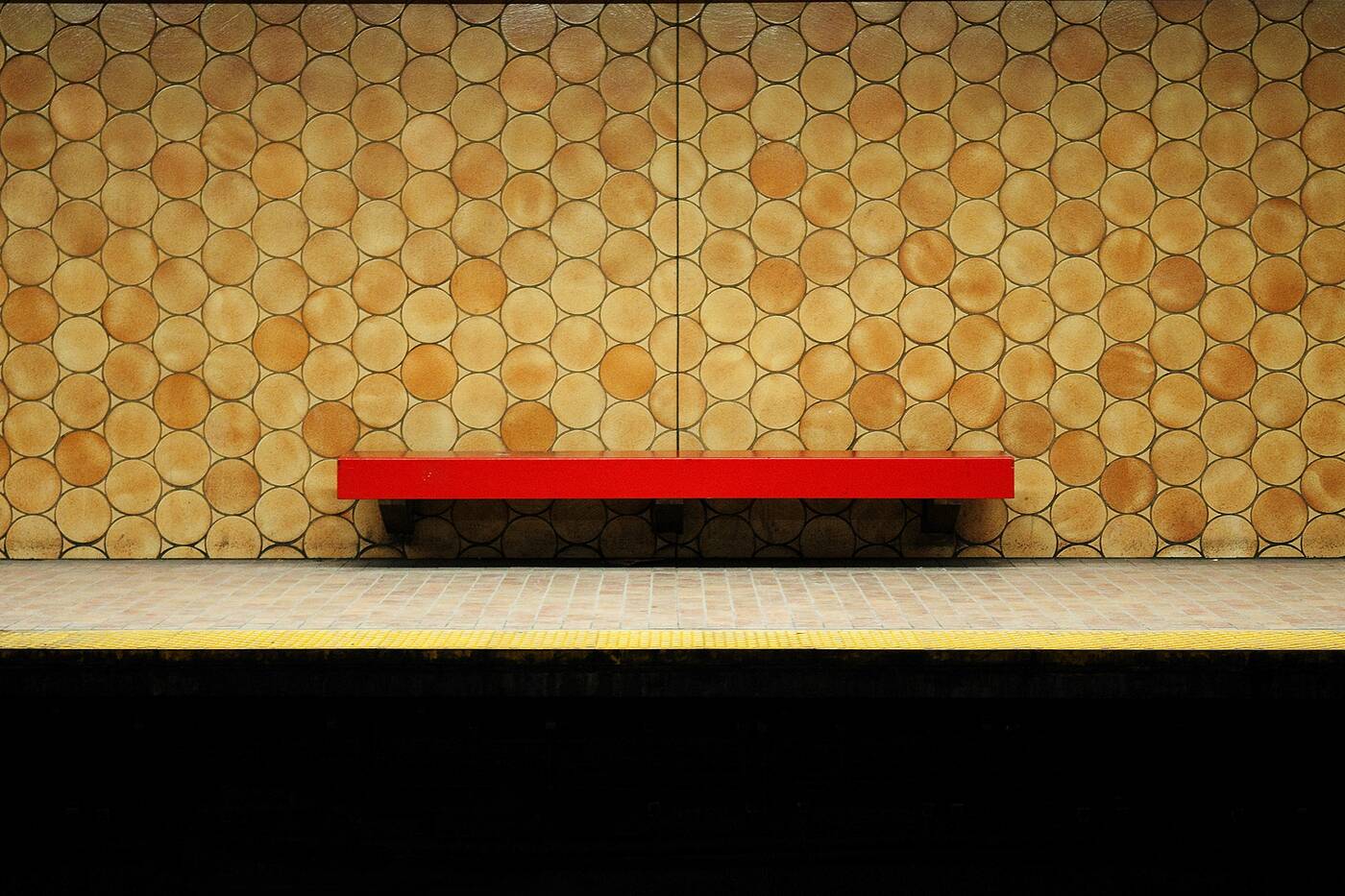 The Line 1 portion of Spadina Station was almost its own stop called Lowther. Photo by Alex Luyckx.

There are a couple of reasons why they did this. Aside from the obvious savings on staffing costs (the north portion of Spadina Station never featured a fare collector), Transit Toronto explains that concerns about the financial viability of the University Line might have played a role.

"If this arrangement had to continue, Spadina Station would have to be used as the southern terminal station of the Spadina line (although it would have been far more convenient for passengers to transfer to the Bloor-Danforth subway at St. George).

"This is why a crossover was installed just to the north of the station and "Spadina" installed on the subway rollsigns. Thus by naming the station 'Spadina' people would be able to connect the station in their minds with the Bloor-Danforth subway far more readily than a 'Lowther' terminal." 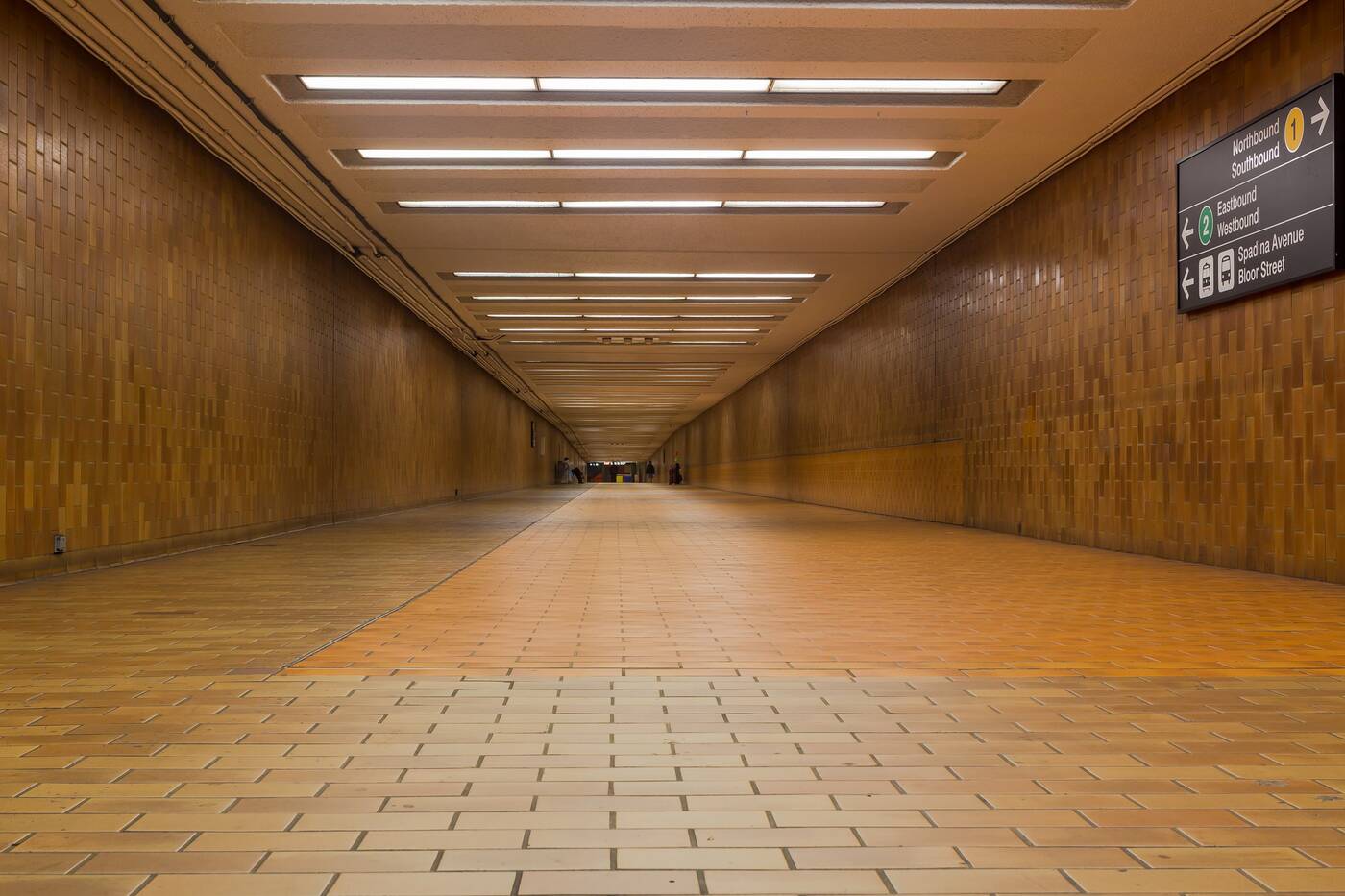 They never did find tile to match the original platform here. Photo by Nicoli OZ Mathews.

Obviously ridership on the University Line increased to the point that there were no more early closures (it's almost funny to think that was ever necessary), and the moving walkway was a boon for people using the Spadina Bus who wanted to head north upon arrival at the station.

As many as 11,000 people were using the walkway per day in the years leading up to its eventual demise, but faced with exorbitant costs to refurbish and maintain the walkway, the TTC closed it down before removing it altogether. 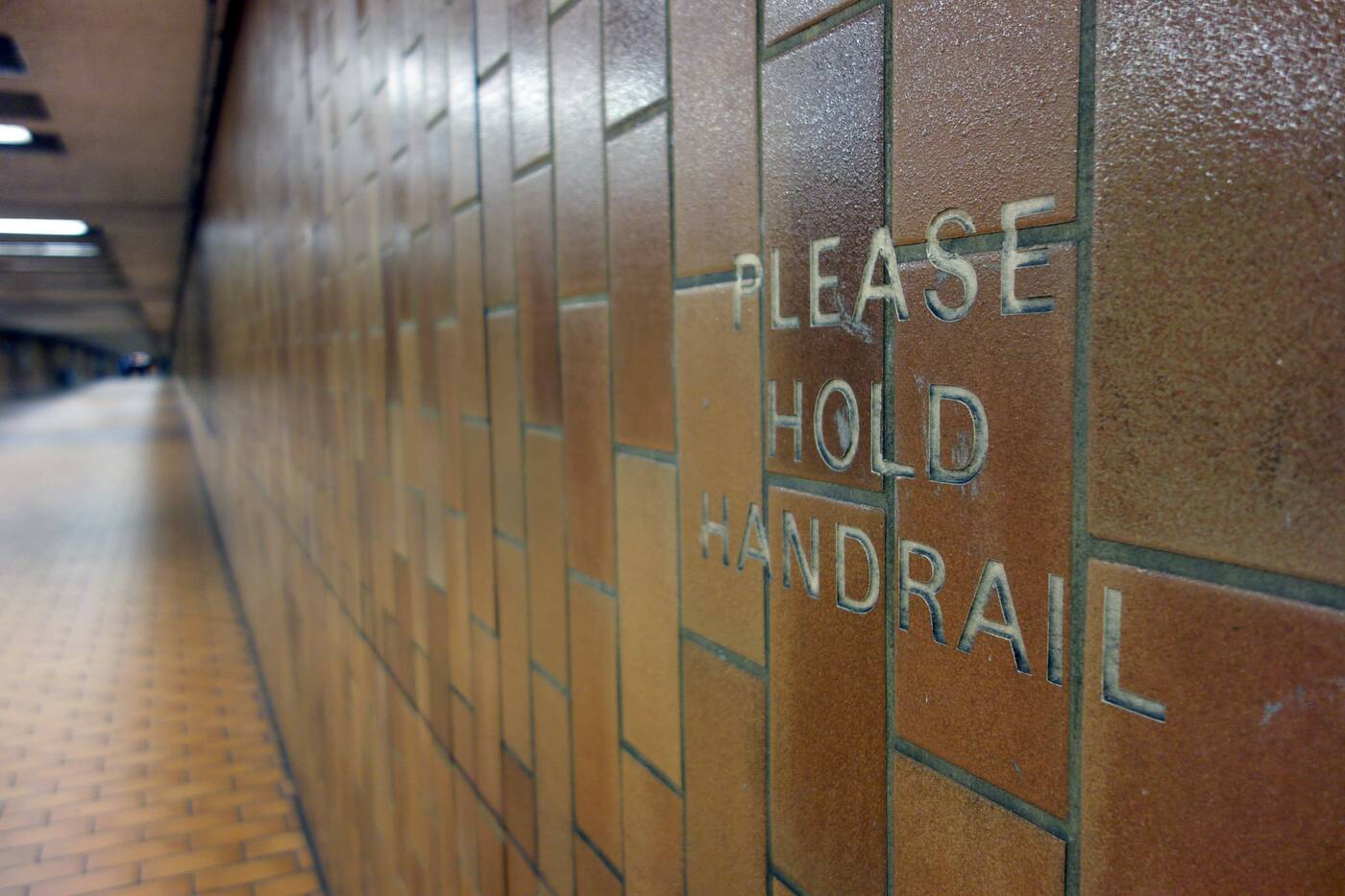 More than a few people have surely wondered about these instructions at Spadina Station. Photo by nevermindtheend.

It's not difficult to spot where it once was, as the tile laid down in its place doesn't match those that were originally installed in the tunnel. If you look closely, you can even see signs prompting riders to hold onto the handrail.

The true tragedy in all of this is, of course, that there was nothing quite so fun as bombing down the moving walkway on a bike late at night when no one was around. It felt like entering into the world of TRON.