The quality and price of some listings for rent in Toronto just go to show how brutal the market is for tenants right now, whether it's a curtained-off portion of a communal space, a literal mattress in the middle of a living room or another type of horror being offered as an apartment.

While one can still share a bedroom with multiple strangers or get space on a bunk bed for a reasonable price, some landlords are now renting out very basic living situations (read: ones where you actually have your own private space) for sky-high prices.

The latest is a two-bedroom basement apartment that is going for just shy of $5,000, despite being absolutely nothing special. 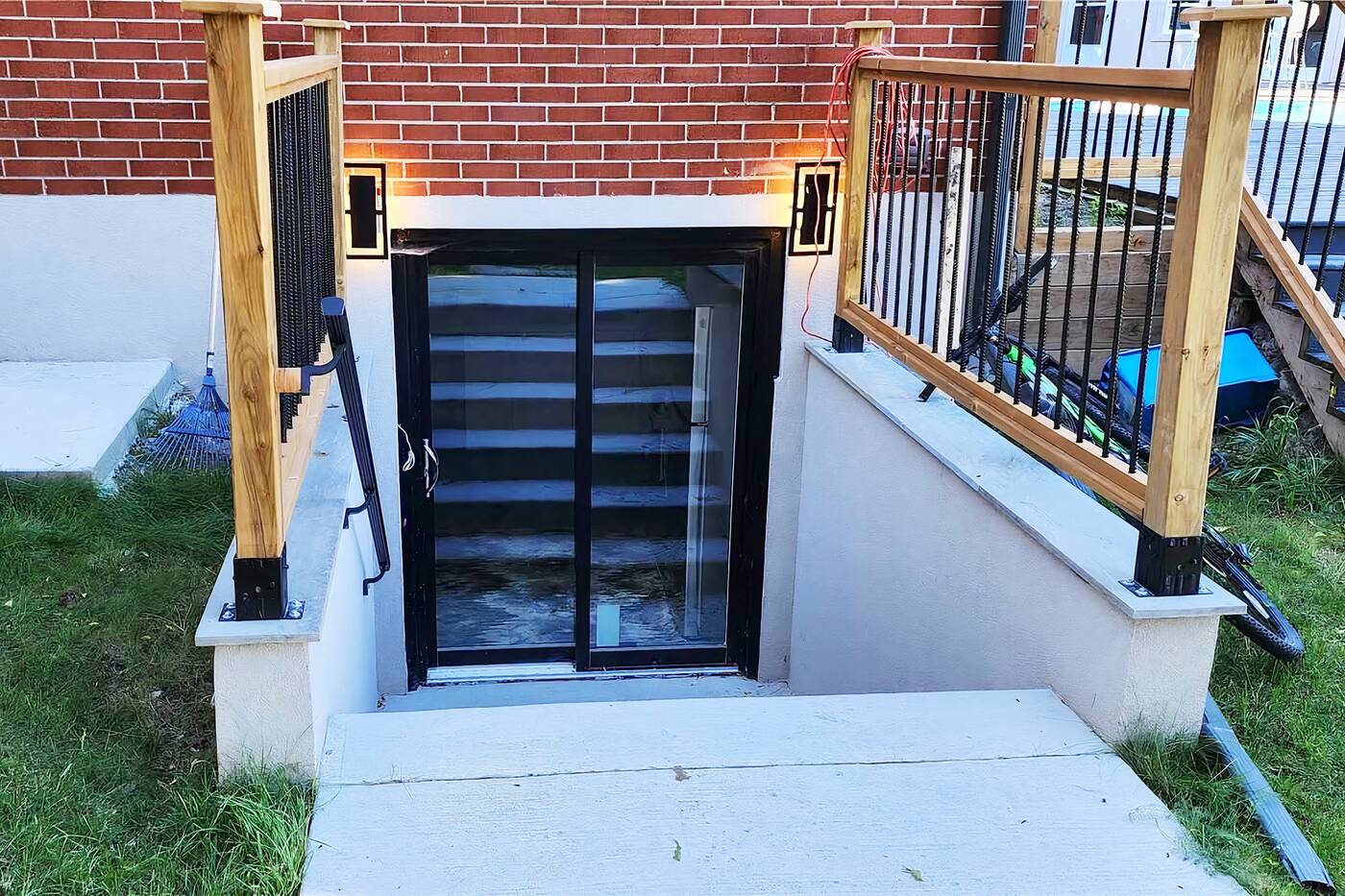 The apartment is priced extremely high for a basement, especially out of the downtown core.

The listing is located in a residential area of North York near Leslie Street and York Mills Road — so it isn't central at all — and is, as mentioned, in a basement.

Aside from the sliding glass doors down a few steps that serve as the entrance and one window in the living room, it appears that the space is very wanting of natural light, though neither of the bedrooms are shown, and only one bathroom, the kitchen and living room are depicted. 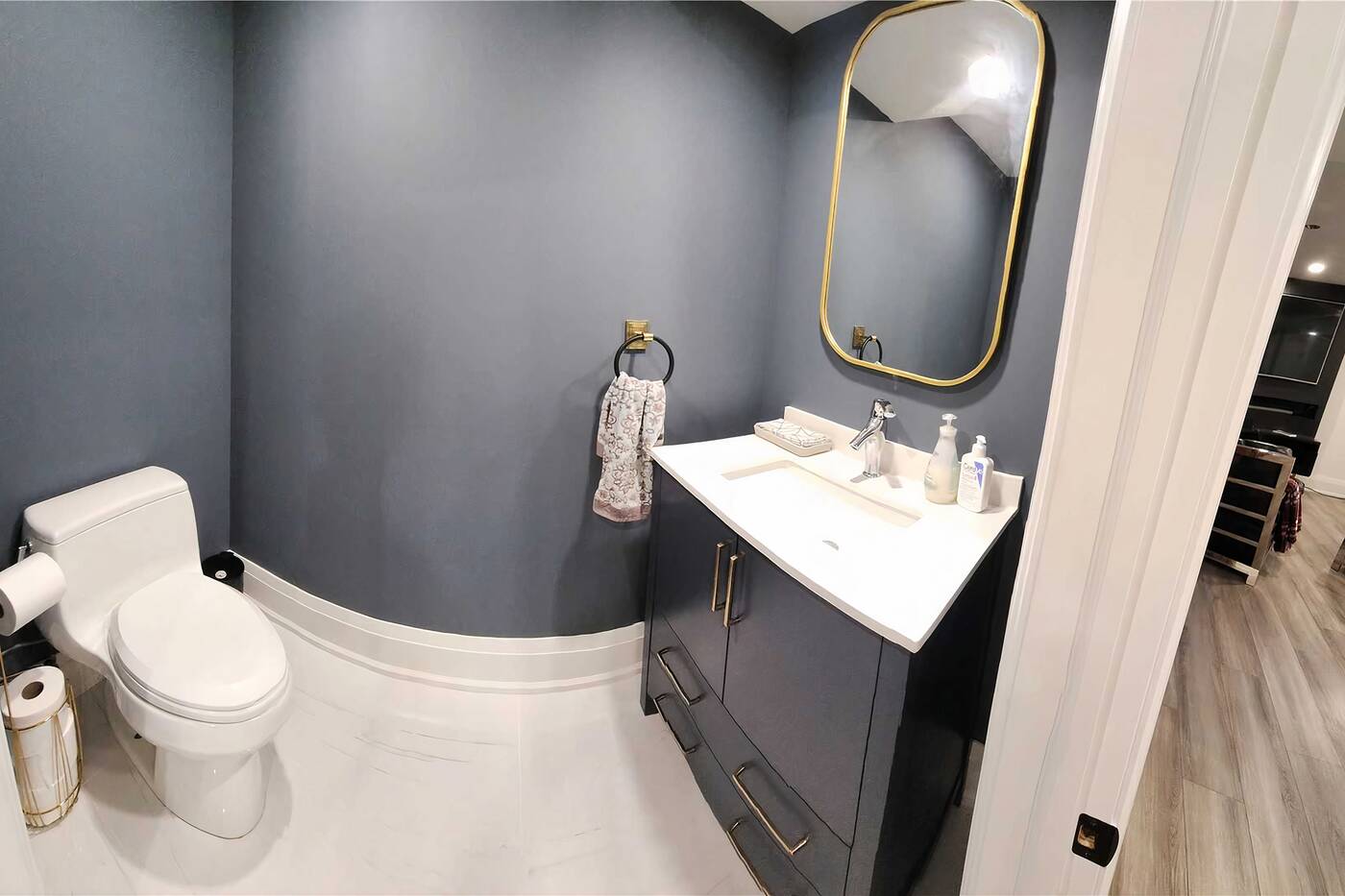 The space is clean, fairly large at over 1,000 square feet, and seems to be newly-renovated well-appointed enough, but again, is very average in every way — and is on the lower level — begging the question of why it is going for $4,800 per month plus some utilities, such as hydro and water.

There are three bathrooms, though, which means that this unit would work well (and be a far more reasonable price) for two couples, or a couple and one additional roommate.

Still, for a basement in this location, the price is pretty wild, and people online seem to agree. 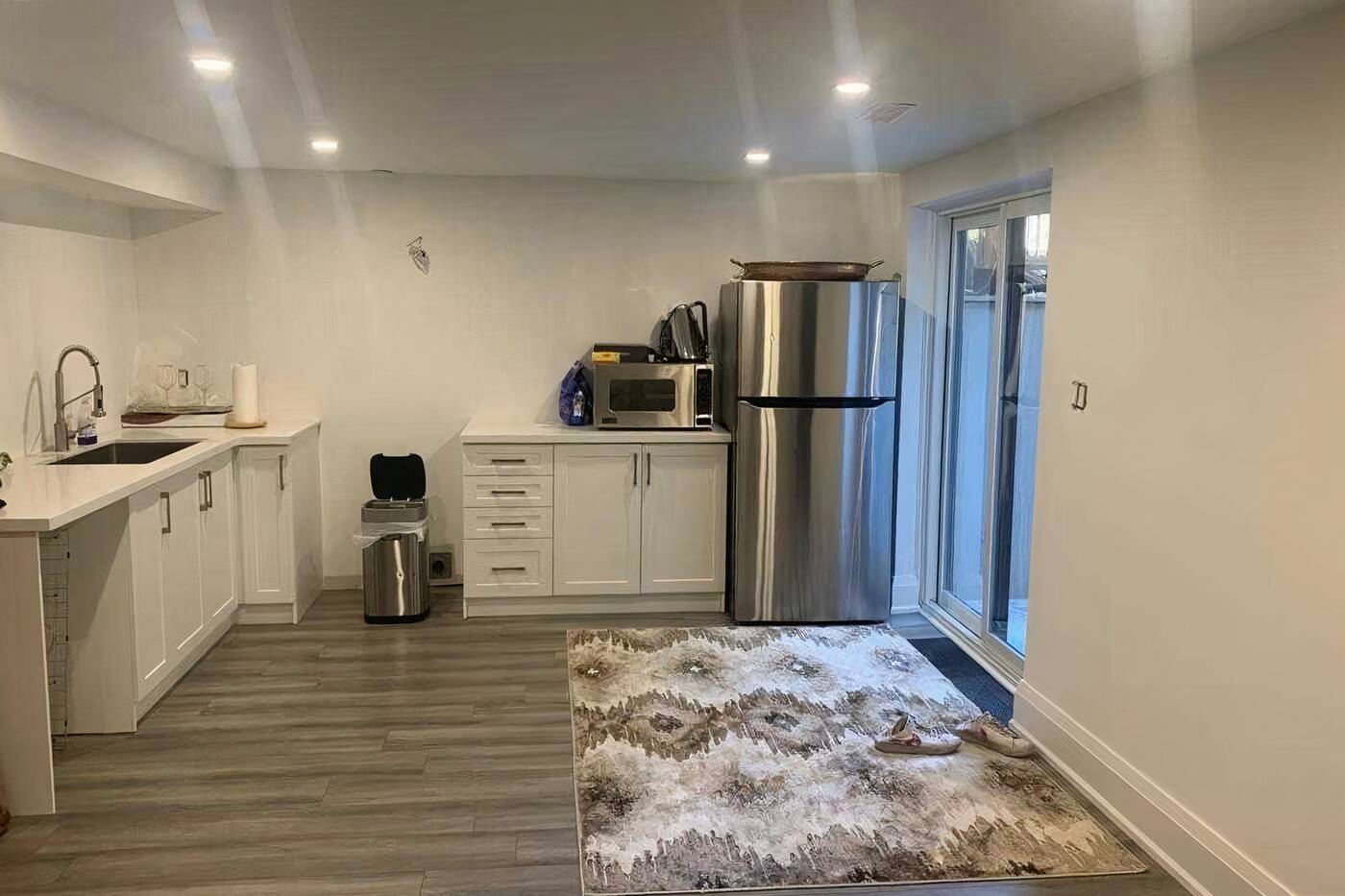 The place is nice enough, but doesn't seem to warrant the price tag of $4,800 per month.

Even this pales in comparison to another new listing that was asking for a staggering $8,000 per month for a one-bedroom condo unit at College and Bay, though — and given the demand for apartments and ever-rising rent prices, there are only bound to be more like this coming onto the market.