Even local churches are trying to build condos in housing-obsessed Toronto, with a new proposal tabled to city planners seeking to bring a bold new presence to the site of the Agricola Finnish Lutheran Church in North York.

Located at 25 Old York Mills Road, just east of the south entrance of York Mills subway station on the TTC's Line 1, the existing building serves as a staple in Toronto's Finnish community, but its proximity to transit has the owners seeking zoning for a mid-rise condo development with a new-build church replacement.

The church owners have hired architects IBI Group to design a 12-storey residential building for the site, putting a creative twist on the prescriptive mid-rise massing seen proliferating around the city that forces neighbourhood-adjacent development to follow a 45-degree angular plane to transition down to single-family homes. 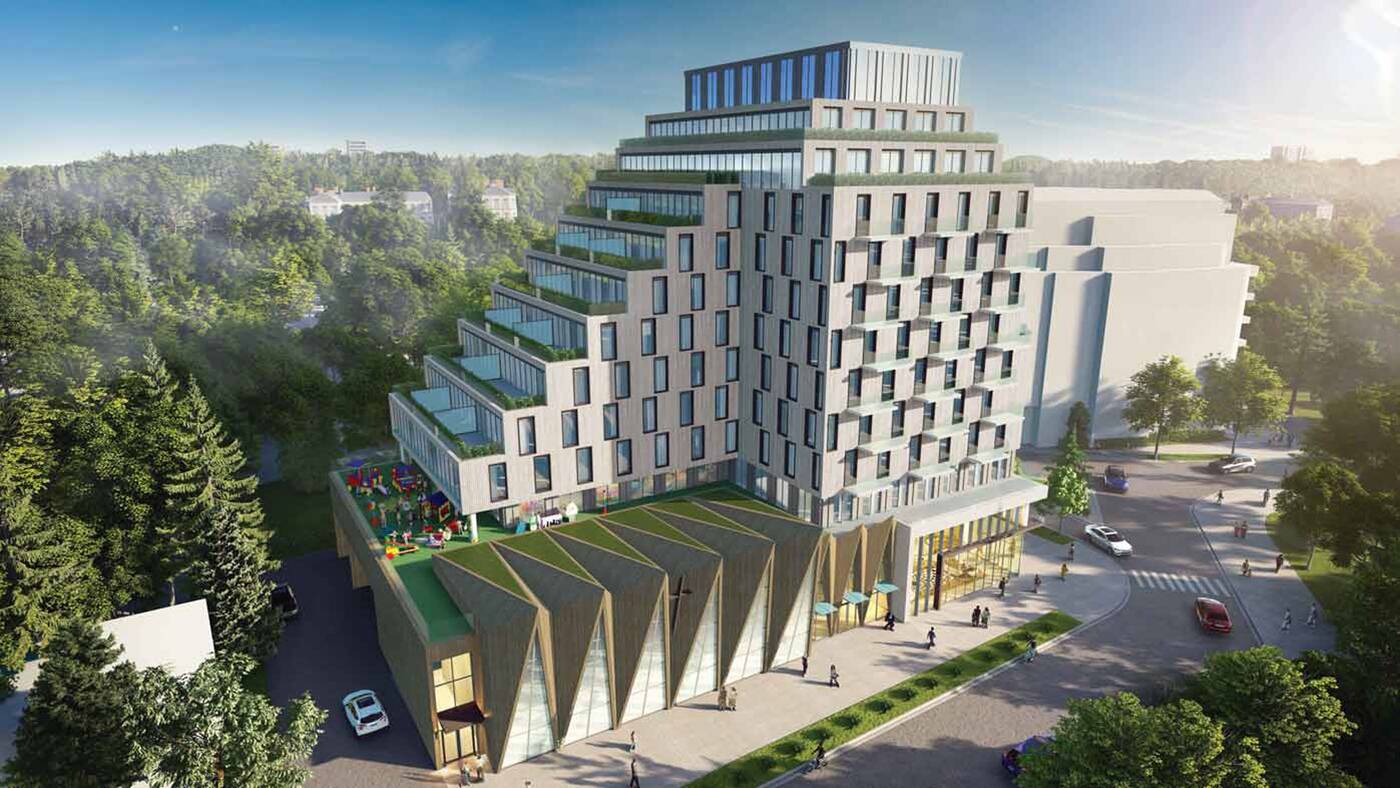 It accomplishes this through a flashy exterior of engineered wood finishes framing glass windows, punctuated by eye-catching geometric projections demarcating the new church planned within its base. 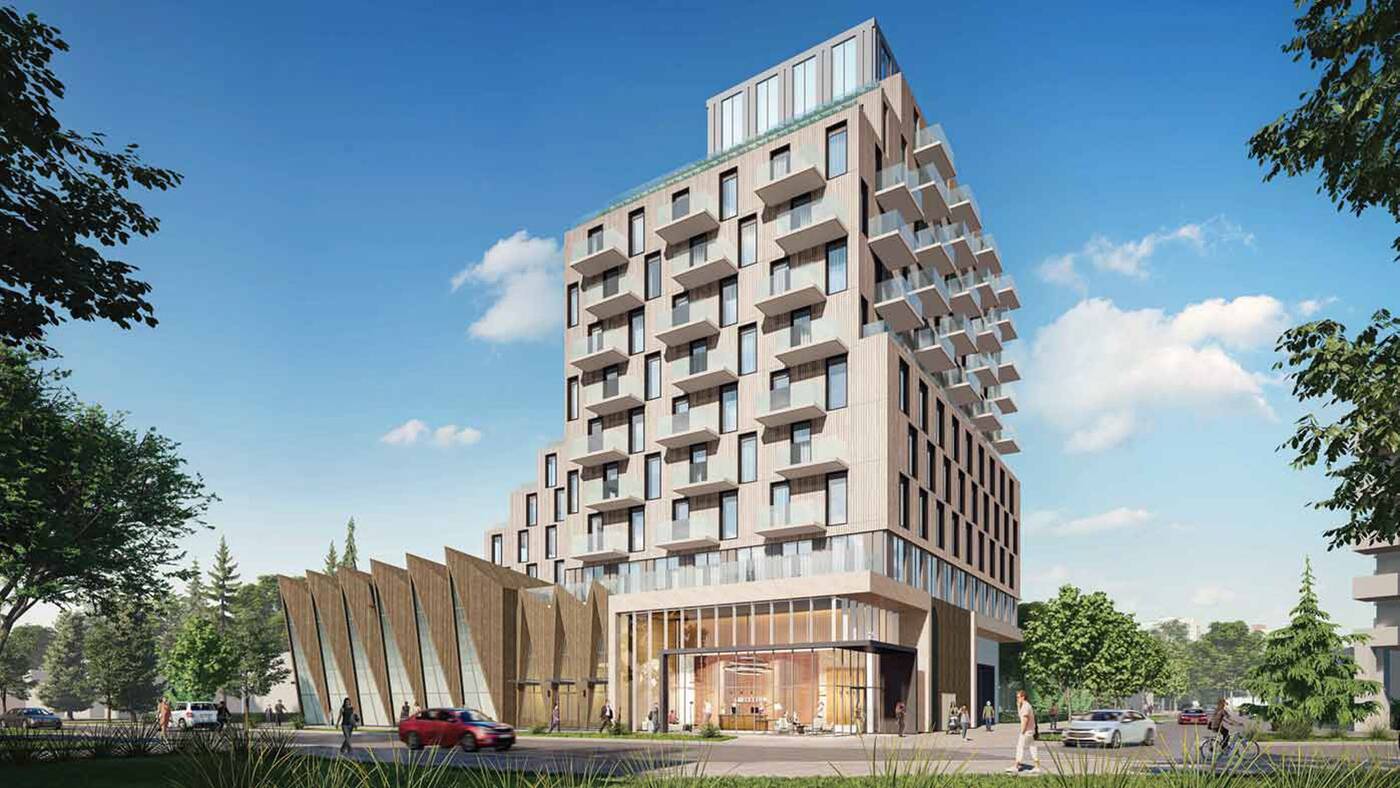 Within this warm wood exterior, the building is proposed to house the church, measuring 566 square metres, 915 square metres of commercial space, as well as a daycare space occupying 409 square metres.

And, of course, the real financial incentive behind the project, its 98 condominium units.

The units are proposed in a mix of a single studio, 65 one-bedrooms, 22 two-bedrooms, and 10 three-bedroom suites.

Despite the immediate proximity to a subway station, the development application seems to acknowledge that North York residents are unlikely to give up their cars by proposing 86 parking spaces in two levels of underground parking.

In addition, 80 bicycle parking spaces would also be provided for those willing to contend with the wide roads and minimal cycling infrastructure in this neck of the woods.

Locals of the affluent Hoggs Hollow neighbourhood might not be too keen on a new neighbour rising above their rooflines, but the project will offer benefits to the community, such as daycare space, as well as the expansion of the park to the west of the site through a land dedication to the city.