There is an epic battle playing out on Toronto's Yonge Street, two towers along the city's main north-south street competing to be the new crown jewel in the skyline.

In a heavyweight match that evokes the legendary 1920s race to build New York City's tallest tower, a pair of Toronto construction projects known as The One and SkyTower are both vying for the title of Toronto's (and Canada's) tallest building.

But like the Highlander, there can only be one. And as it stands now, The One is not that one.

As developer Sam Mizrahi seeks the green light for a height increase that would bring The One from an approved height of 85 storeys to a much grander 94 storeys above Yonge and Bloor, Pinnacle International is making substantial progress on their One Yonge complex a few kilometres to the south.

The complex's flagship SkyTower's approved 95-storey height will eclipse the country's current tallest, First Canadian Place, soaring 312.5 metres above the foot of Yonge Street and changing the balance of the skyline in the process.

And if city staff reject The One's application for extra height, SkyTower will hold this title until a new challenger comes along. 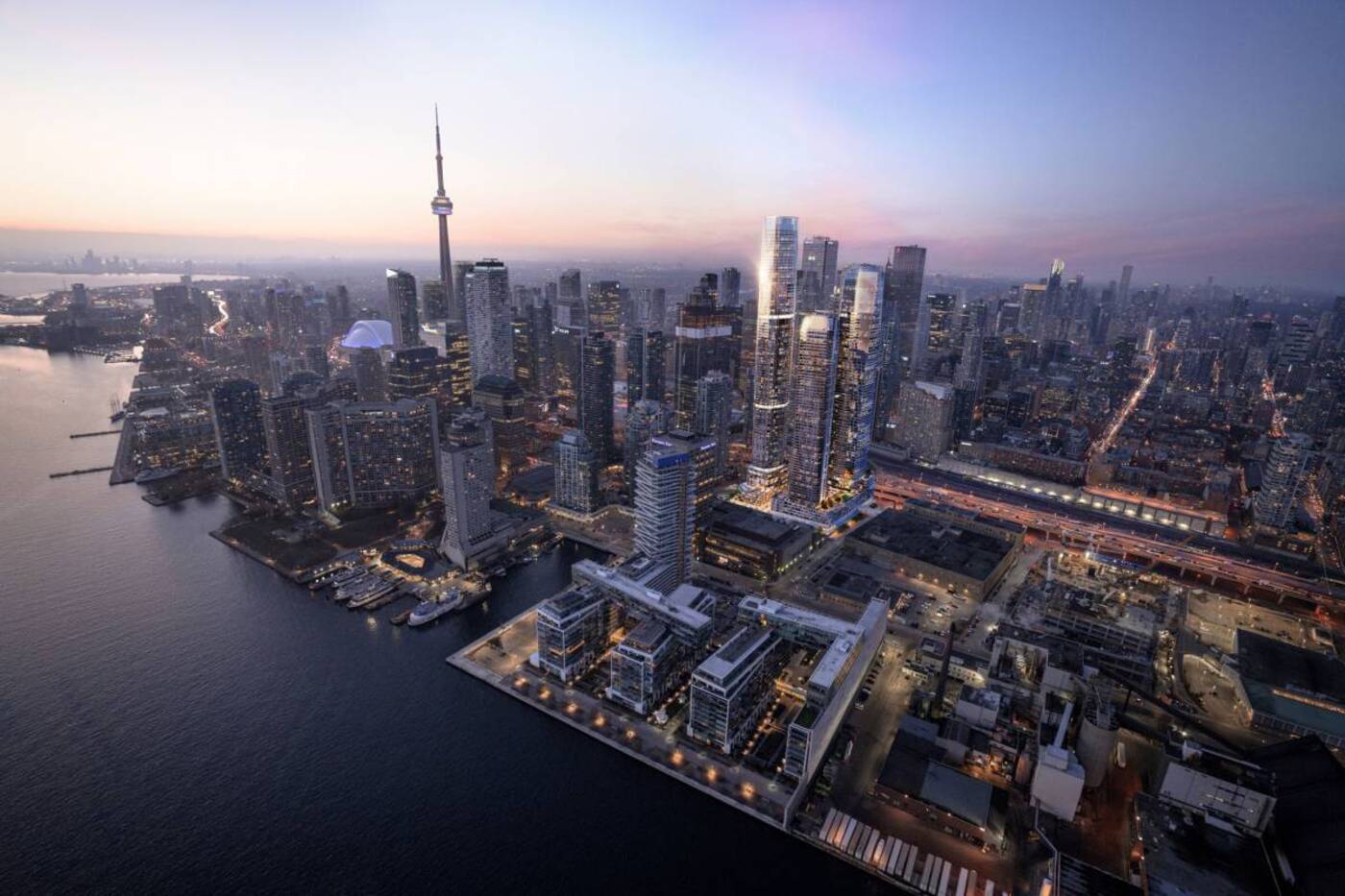 SkyTower is the tallest building planned for the Pinnacle One Yonge complex, and will be a dominant force on the skyline in views from practically every direction. Rendering by Hariri Pontarini Architects.

Its striking design from locally-based Hariri Pontarini Architects currently only lives in rendering form, but SkyTower is preparing for its long-anticipated ascent as construction heats up. 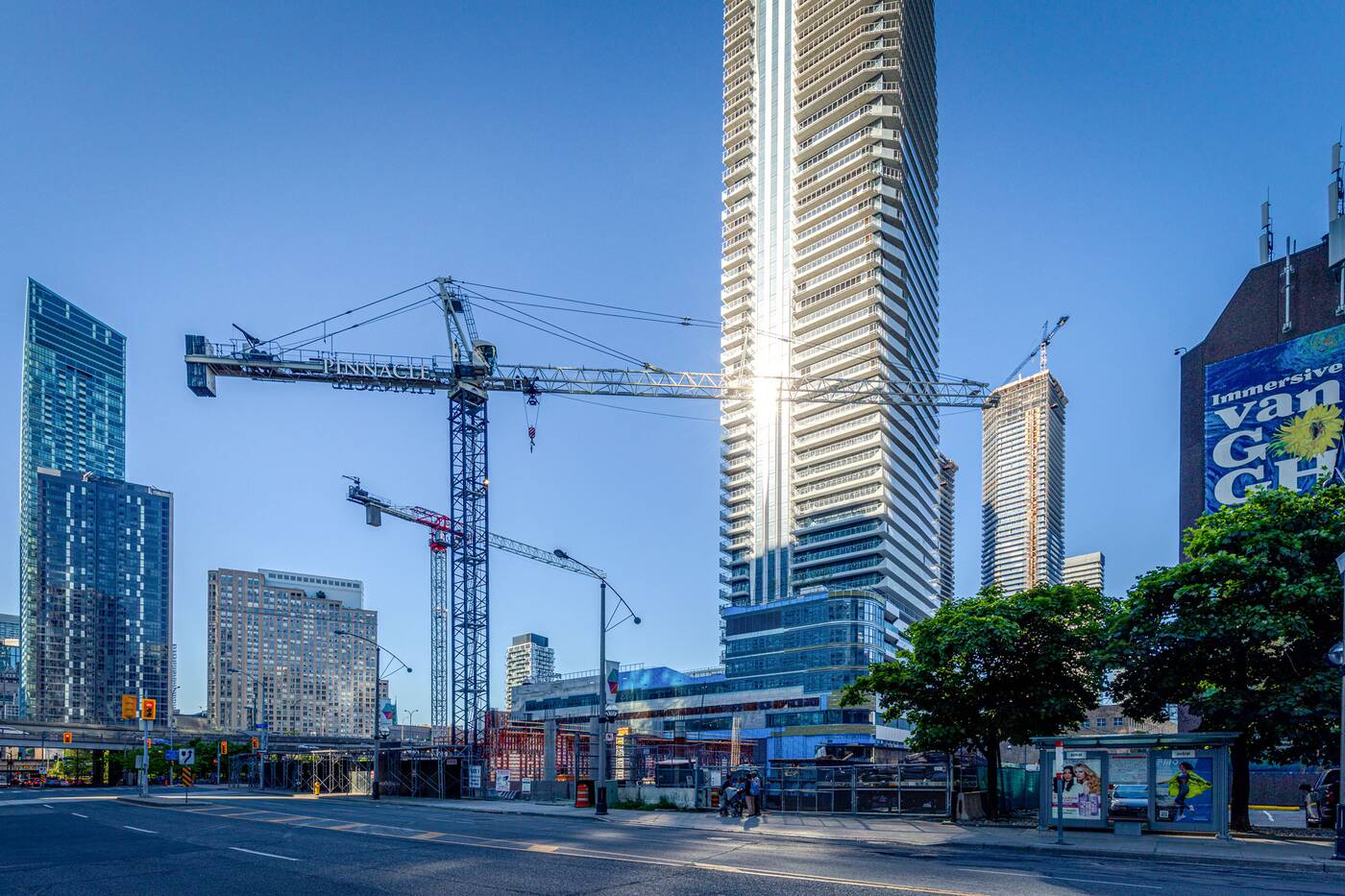 Facing northeast across Yonge Street, where a pair of cranes are busy working on the tallest approved building in Canada. Photo by Jack Landau.

Shovels, or technically drills, hit the ground for SkyTower in late 2020, construction replacing a surface parking lot for the Toronto Star complex. After a year and a half of drilling, excavation, and forming of underground parking levels, construction has finally risen to street level, and the race to the sky has begun.

It doesn't look like much for the time being, but these partially-built walls and columns mark a historic moment in Toronto construction history, representing the very first few metres in the tower's climb to skyline dominance. 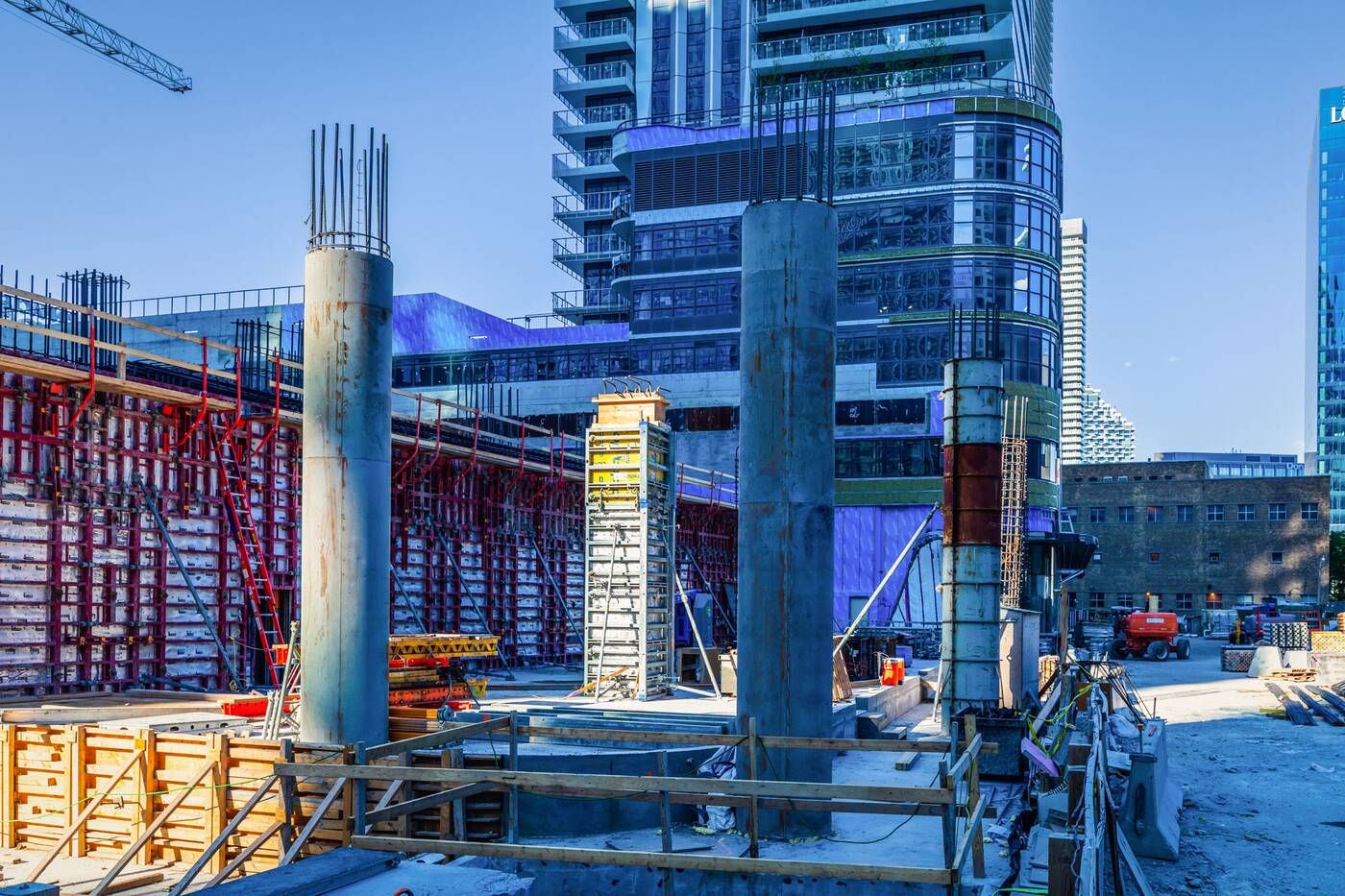 Ground-floor walls and columns don't look like much, but they're the start of something colossal. Photo by Jack Landau.

The importance of this site in Toronto's skyline evolution will be better appreciated as SkyTower climbs above the surrounding rooftops, but to the average passerby, it's really just another construction site.