Days are numbered for the single-largest hotel in Canada, as a redevelopment proposal that would bring about the end of the Chelsea Hotel inches closer to a shovel-ready state.

It may be the largest hotel property in the country with 1,590 guest rooms, but the Chelsea's hulking 26-storey volume, aging amenities, awkward layout (it was originally designed to be a student co-op then later a condo tower) and a central location at 33 Gerrard Street West make it a prime redevelopment opportunity for owner Great Eagle Holdings.

The owners first floated plans to replace the 1975-opened hotel tower with a sky-scraping complex back in 2015, asking for four towers as tall as 80 storeys designed by architects—Alliance with a mix of condo, hotel, office, and retail space. 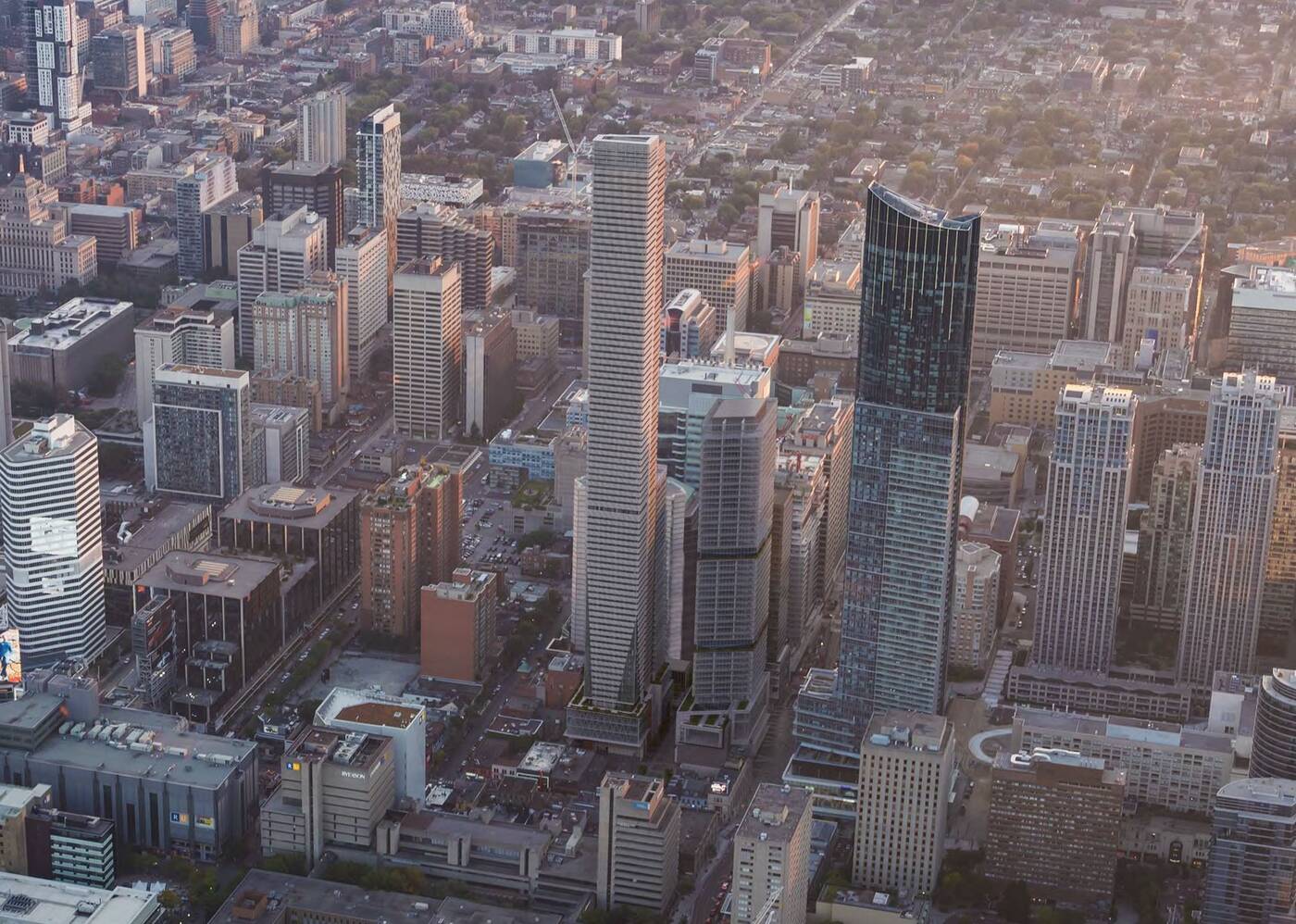 Only months later, a revised three-tower plan was floated with a max height of 86 storeys, and by late 2016 the ambition had swelled to build towers as tall as 88 floors on the Chelsea hotel site.

The project has since taken on the moniker 'Chelsea Green.' 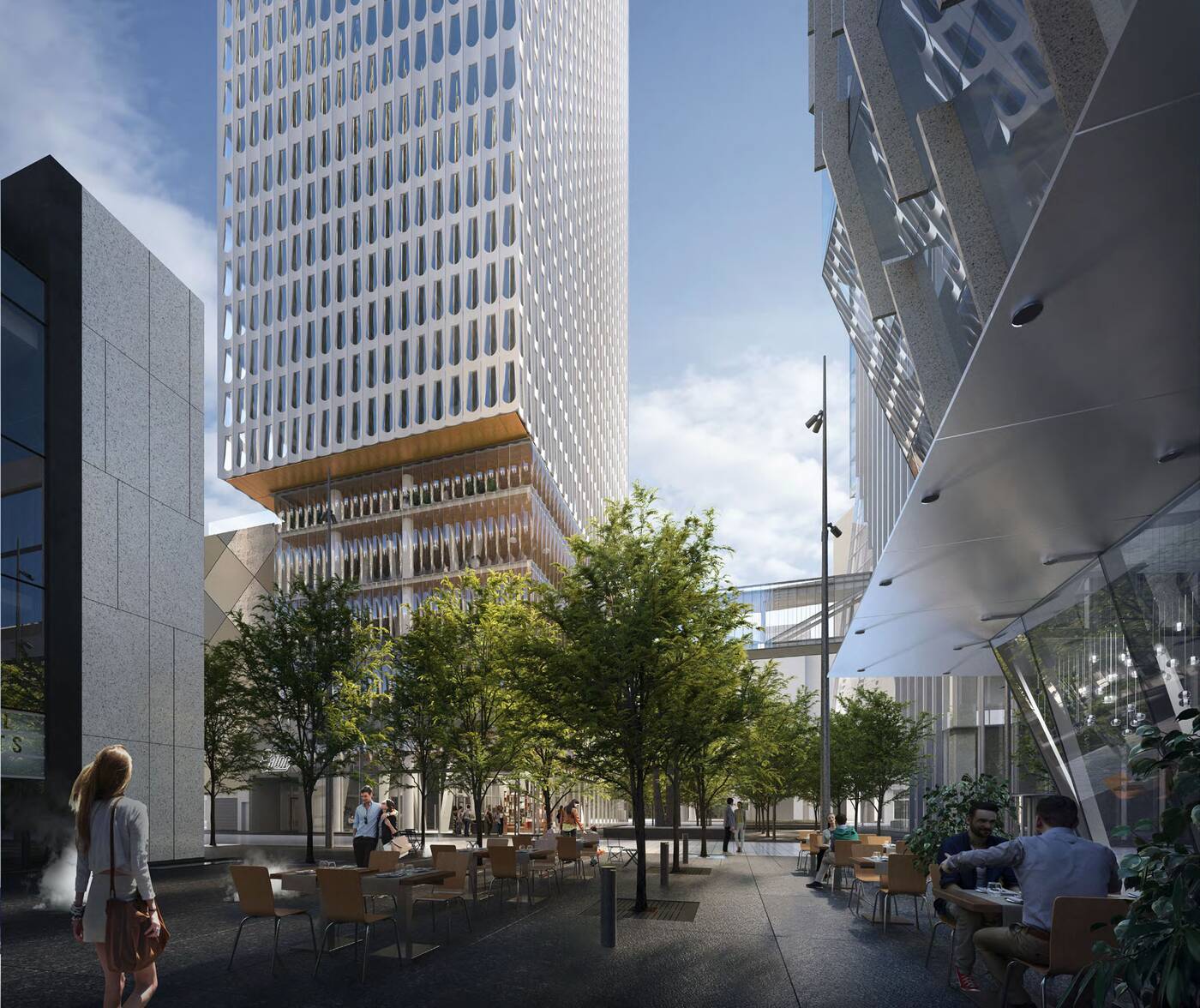 Like many proposals in the city, 33 Gerrard was appealed to the Local Planning Appeal Tribunal (now the Ontario Land Tribunal), resulting in a settlement being hashed out between the developer and City and a modified plan with towers of 31, 48, and 84 storeys.

It was next submitted to city planners in early 2018 and approved by the tribunal the following year. But the proposal continues to be refined as the design team works through concerns with various City departments, with updated applications in 2021 and 2022 now planned with heights of 31, 49, and 86 floors. 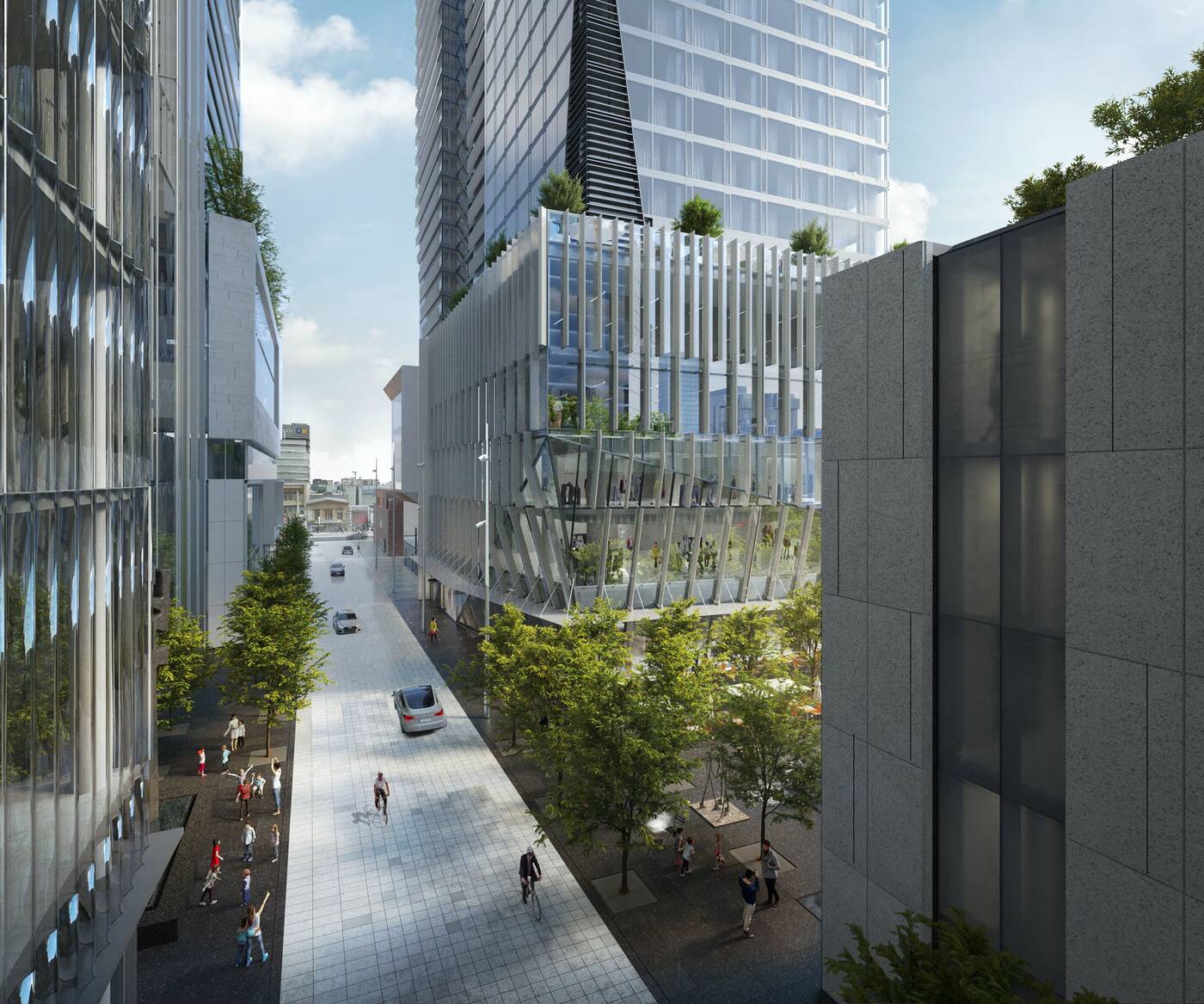 The tallest of the bunch is proposed to rise just over 278 metres, which, if completed today, would rank as the second-tallest building in all of Canada. A pretty worthy title to replace the current crown of Canada's largest hotel. 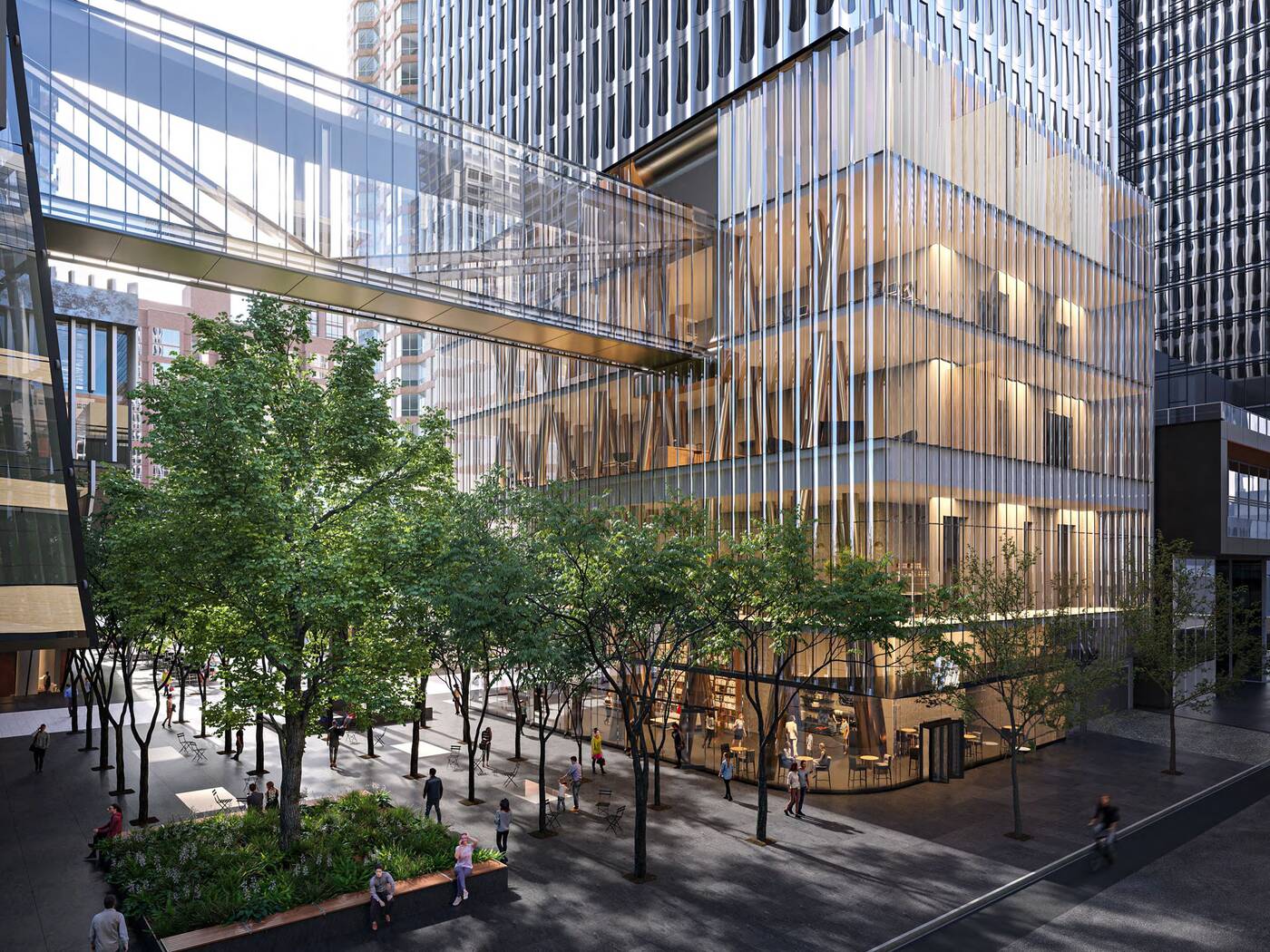 Changes since the 2021 submission have been minor in scope, including revisions to the design of the privately-owned public space, tower heights, and provisions for a future widening of Gerrard Street.

Toronto will get over 1,700 residential units, including 159 studios, 975 one-bedrooms, 339 two-bedrooms, and 236 three-bedroom units. In addition to the residential component, the complex includes a brand-new hotel, as well as retail and office space combining for over 10,500 square metres, and a wealth of new public spaces. 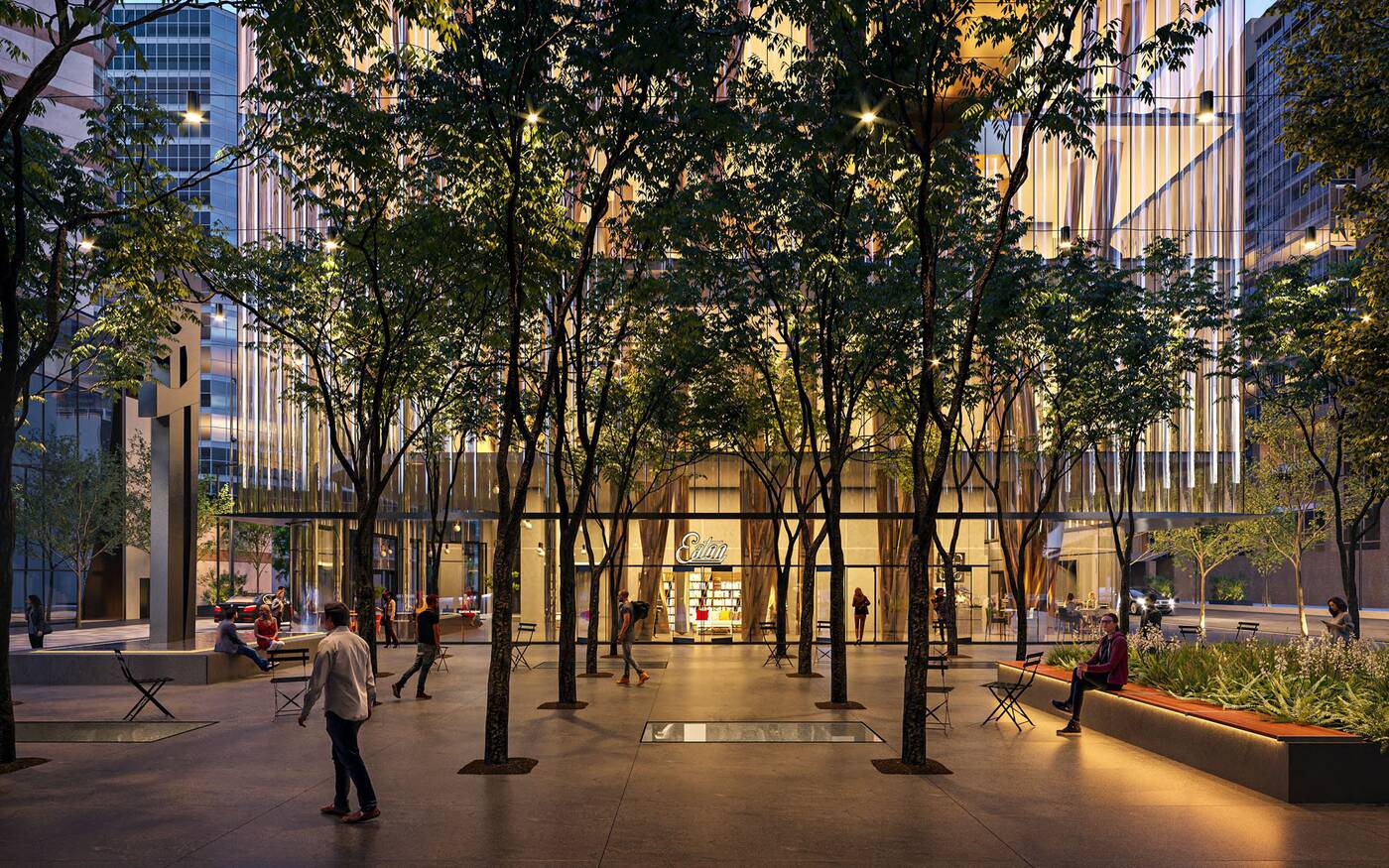 It will also create a new daycare space for the city, planned within the podium of one of the towers. 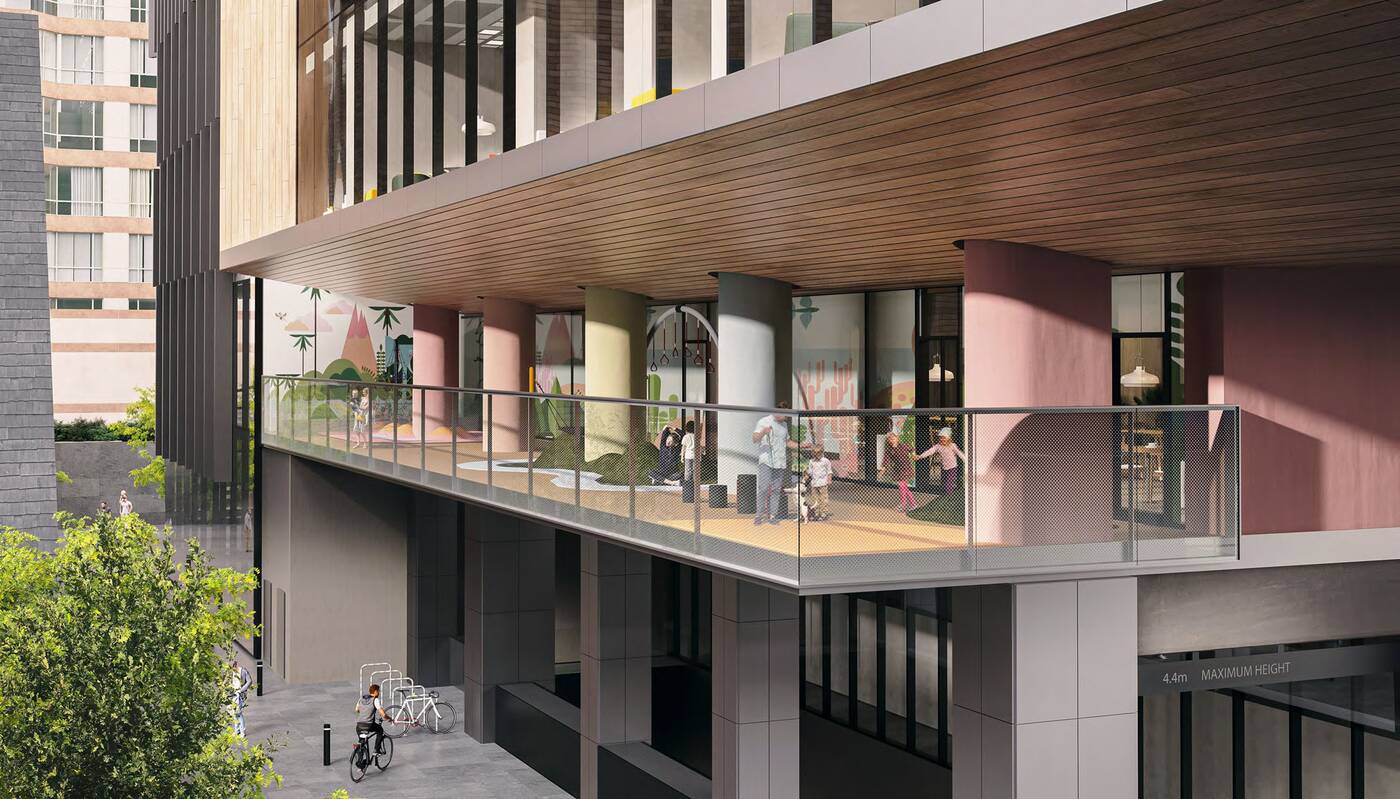 Among the public realm improvements planned is a pedestrian mews connecting the cut-off east and west ends of Walton Street, creating a new path between Yonge and Bay. 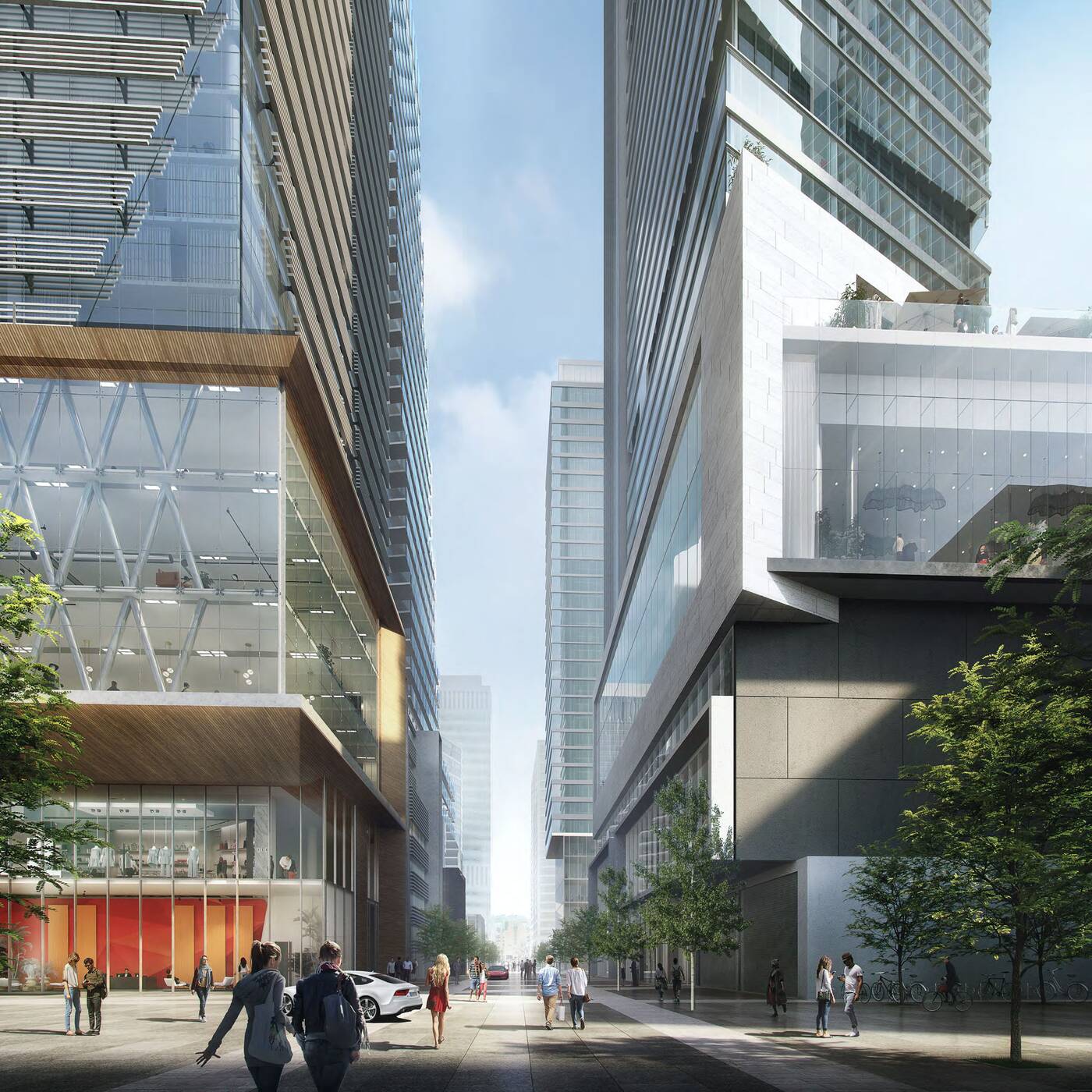 Chelsea Green is the continuation of a trend started by the towering Aura at College Park condo at the northwest corner of Yonge and Gerrard.

Between Aura, Chelsea Green and the nearby Concord Sky project now under construction to the east, the Yonge and Gerrard area is rapidly asserting itself as one of the most prominent skyline points in the city.