Those fortunate enough to buy a home in the last two years would make some money if they sold today.

But some Toronto neighbourhoods did much better than others.

Even as housing prices dip this month, the last two years have seen Toronto real estate prices soar to previously unknown heights. Last year, prices were so out of control the real estate market was considered a high risk.

Overall, Toronto home values increased by 21 per cent over the past two years, with a new median valuation of $904,518, according to a new report from Canadian real estate company Properly.

Properly compared the median sale price of properties sold six months prior to lockdowns (between September 2019 and February 2020), against their estimated value in March 2022.

The price for an average Toronto home has jumped by over $150,000 in that time. 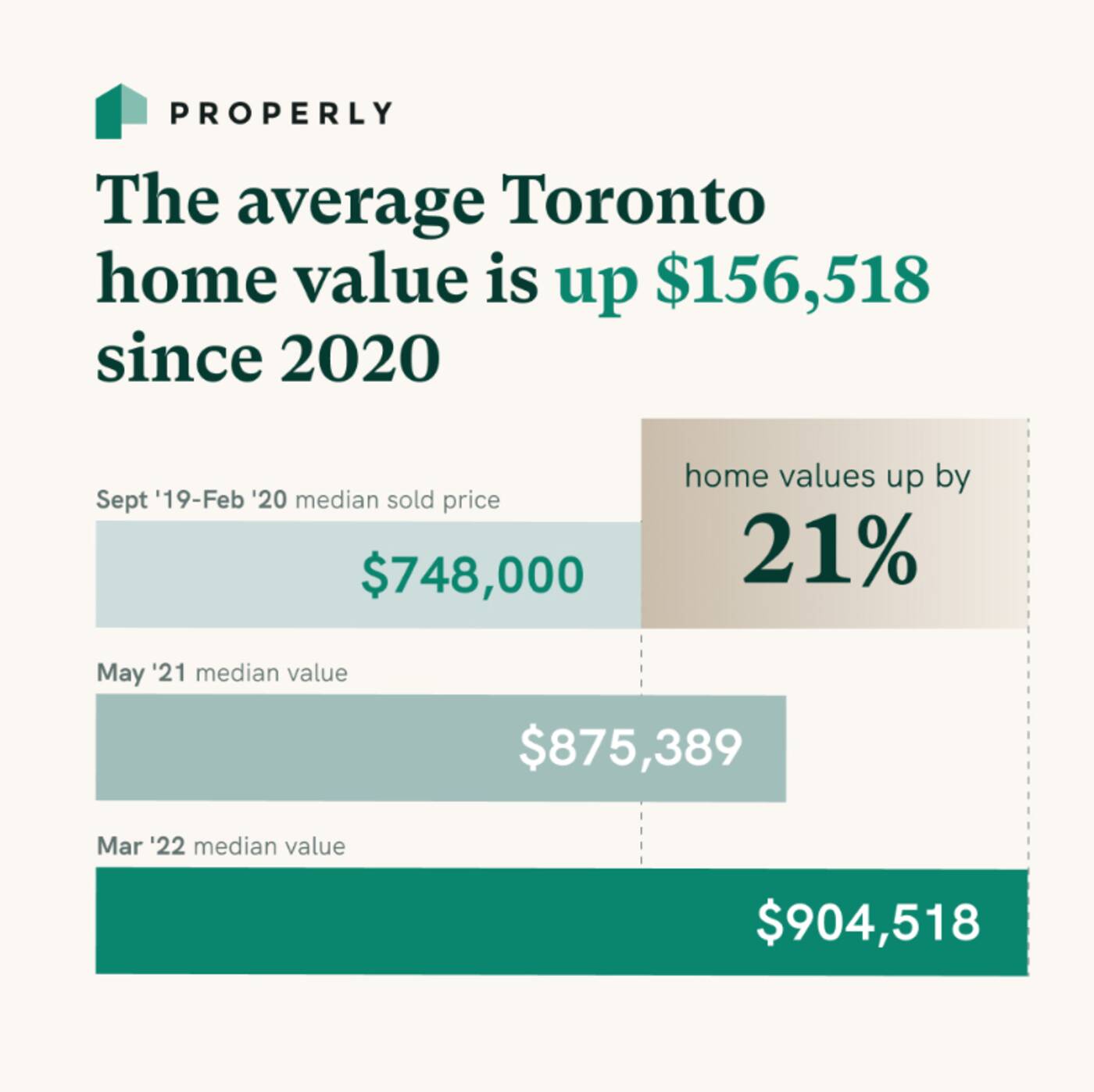 Perhaps following the work-from-home trend, people seemed to be looking for homes outside the downtown core. 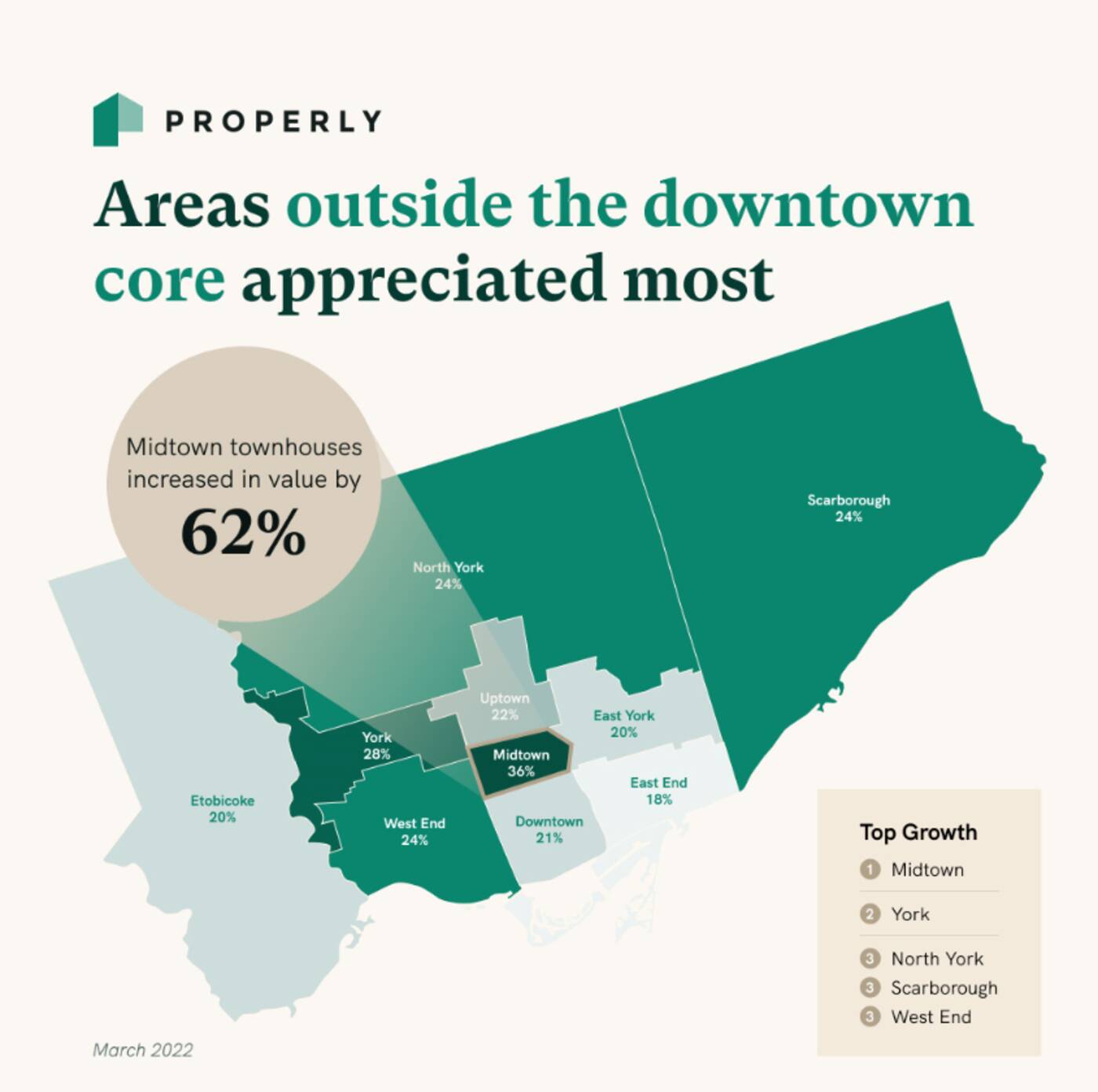 "Midtowners have been favouring condo townhouses, which saw the largest increase of any home type and neighbourhood," Kohn says. "Young couples and families are driving the market more frequently in this area than in the past, and they want to escape high-rise living and find a space and a community that feels more accommodating to young families."

These homes, such as retro bungalows or even derelict garages are often bought for land value.

"Location is key," Bastiampillai says. "Many buyers are willing to pay a premium for a great location with the intention of tearing down a home in 'as is' condition and building a new custom home."