A ramshackle garage that sold for more than $700,000 less than a year ago may turn a hefty profit for a young developer.

At the time, the garage was being sold as a "rare opportunity” to build on a 20-foot-by-100-foot lot in Danforth Village. 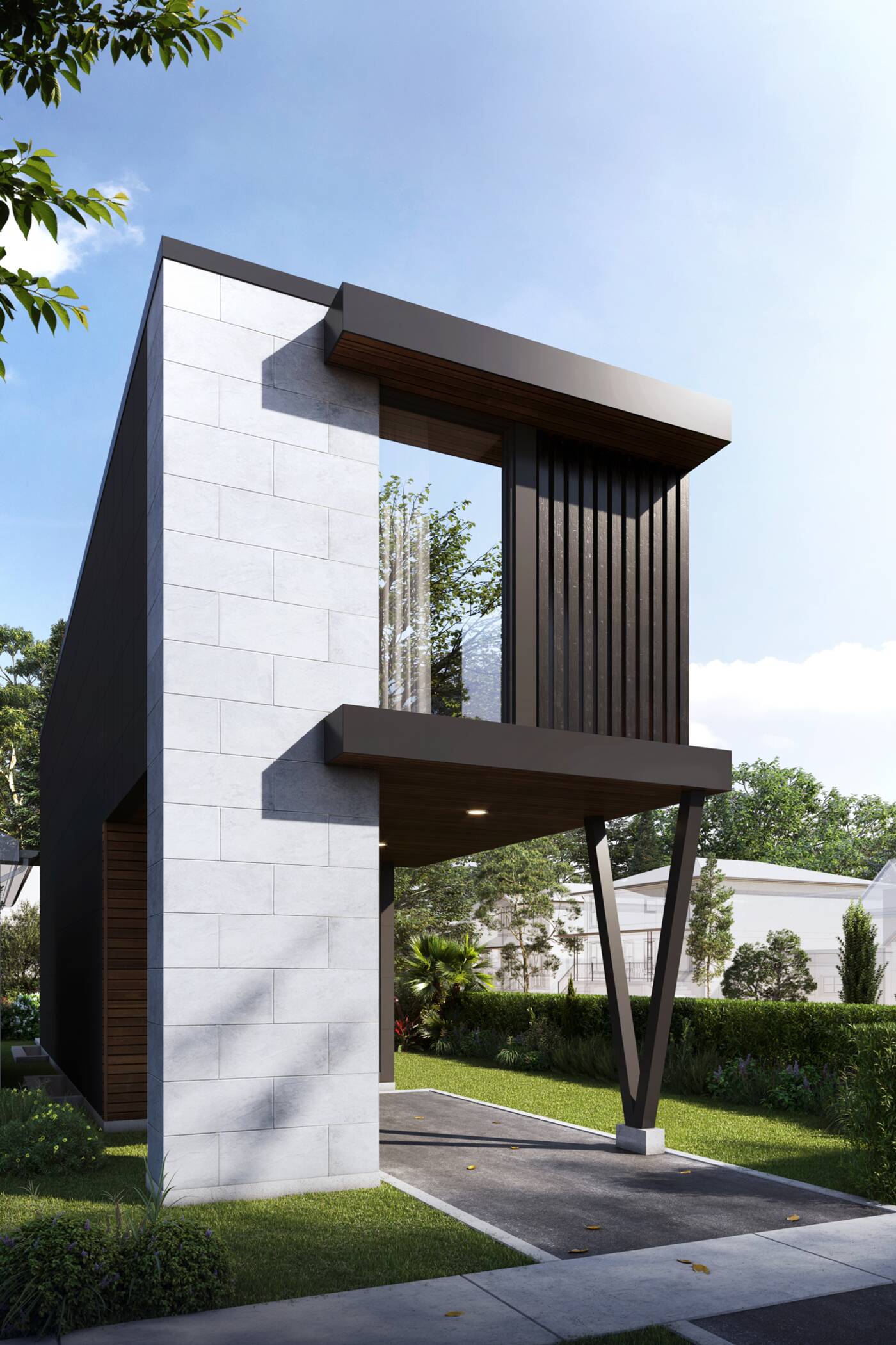 The new home for 251B Greenwood Avenue has a modern design.  Rendering via Contempo Studio Team

While many were horrified that a derelict garage could sell for so much, Gabriel saw it as an opportunity, and told the CBC he hoped that a modern home he is building on the site will sell for between $1.8 and $2 million.

The developer hired Contempo Studio Team to create the modern home in place of the garage, which has already been demolished. 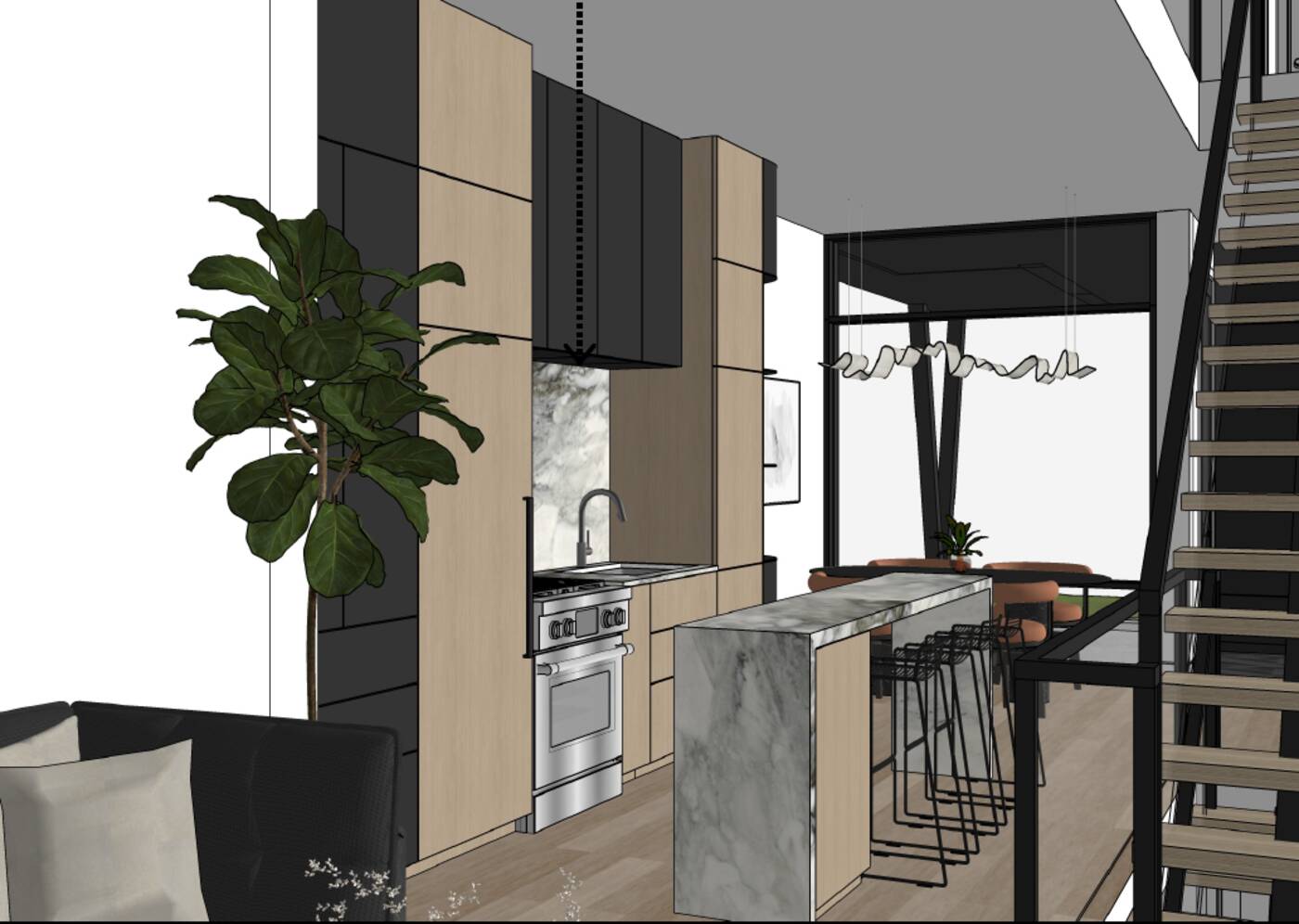 The new home will be narrow but with large floor-to-ceiling windows to open up the space. Rendering via Contempo Studio Team

The narrow lot did present a challenge, Contempo Studio Team founder and principal designer, Marin Zabzuni, tells blogTO. They came up with a 1,200-square foot, three-bedroom home to fit on the lot.

"This is one of the smallest modern homes we've designed," Zabzuni says.

Zabzuni says the lot was severed from a large lot several years ago, and that they were restricted in what they could build. Gabriel wanted to build as soon as possible and hopes to get the home on the market this spring. So that meant they couldn't wait around for minor variance approvals from the city. 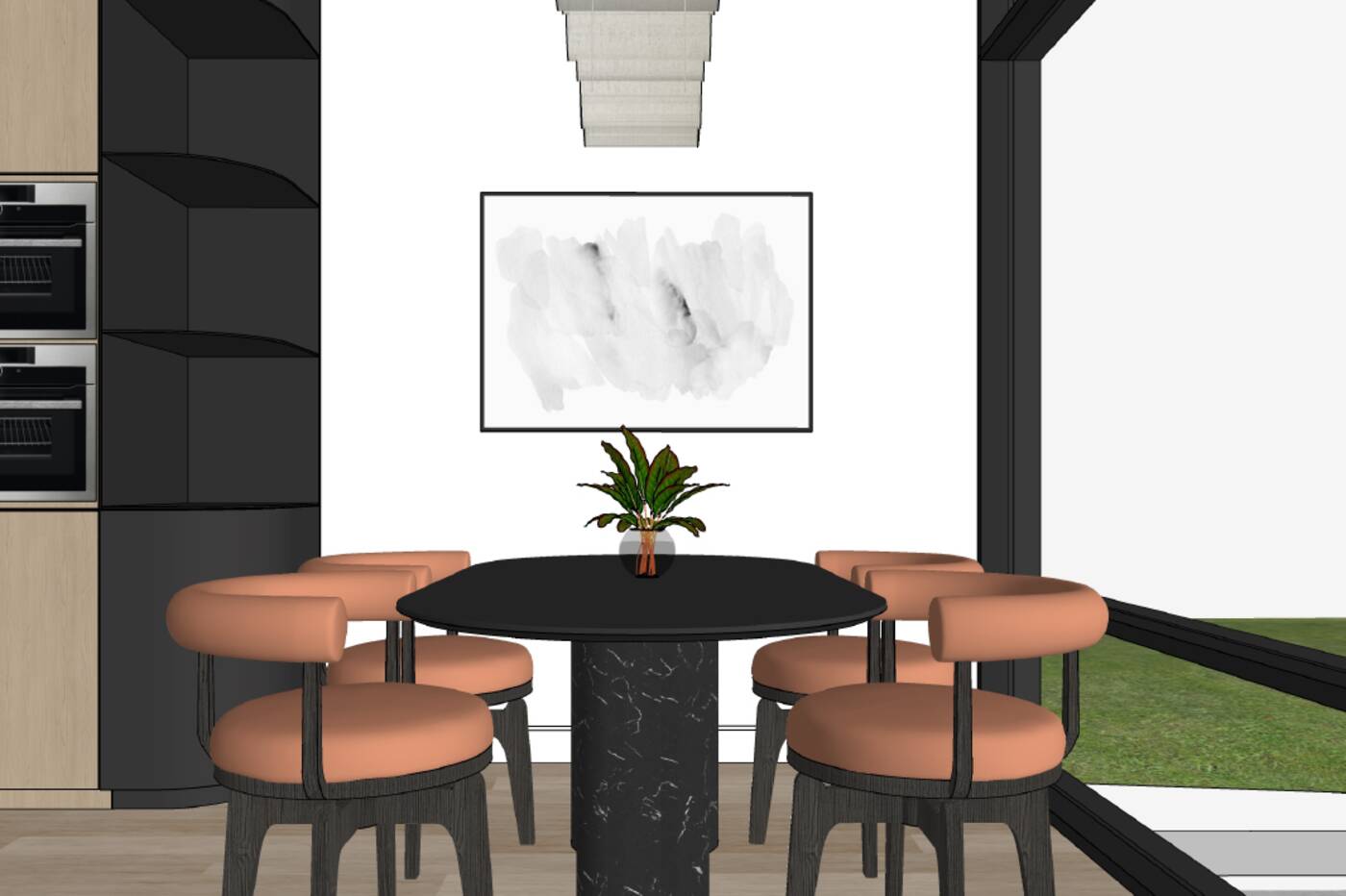 The dining area is planned for in front of the large window. Rendering via Contempo Studio Team

They worked creatively to build on the narrow lot, adding an opening parking garage at the front of the home.

Horizontal seams were used to make the home seem wider, and floor-to-ceiling windows open up the space inside to make the interior brighter.

They also made the basement larger than the first floor of the home (basement does not add to overall square footage), providing ample space for storage or other possible future uses. 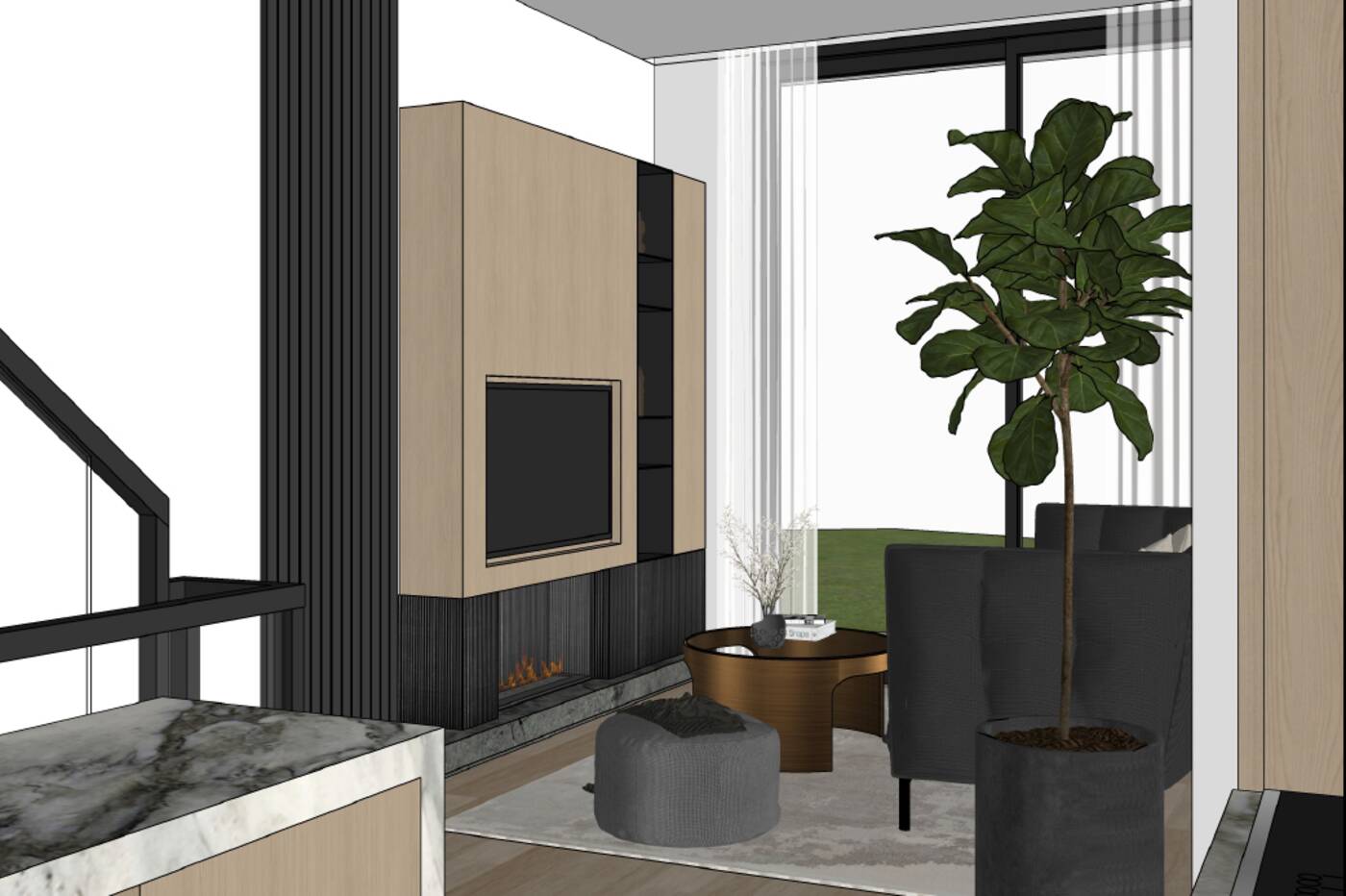 The design makes maxium use of the space. Rendering via Contempo Studio Team

Although the lot is small, it is fairly long allowing for a good sized backyard.

The restrictions and limitations made for a good challenge.

"So that makes it actually more interesting for us to and yeah, it's a fun project," says Zabzuni "And it's turning a lot of heads so I can't wait to actually see it built."