But a growing sub-category in this trend is maintaining the presence of congregations in their proposals. The latest church property to go this route is St. John's Presbyterian Church at 415 Broadview Avenue, a 1908-built landmark just east of the former Don Jail and current Bridgepoint Hospital.

A development application was submitted with city planners in the final days of 2021. While supporting documents and renderings have yet to be made available to the public, LCH Developments, one of the developers behind the project, has shared details of the coming condominium building. 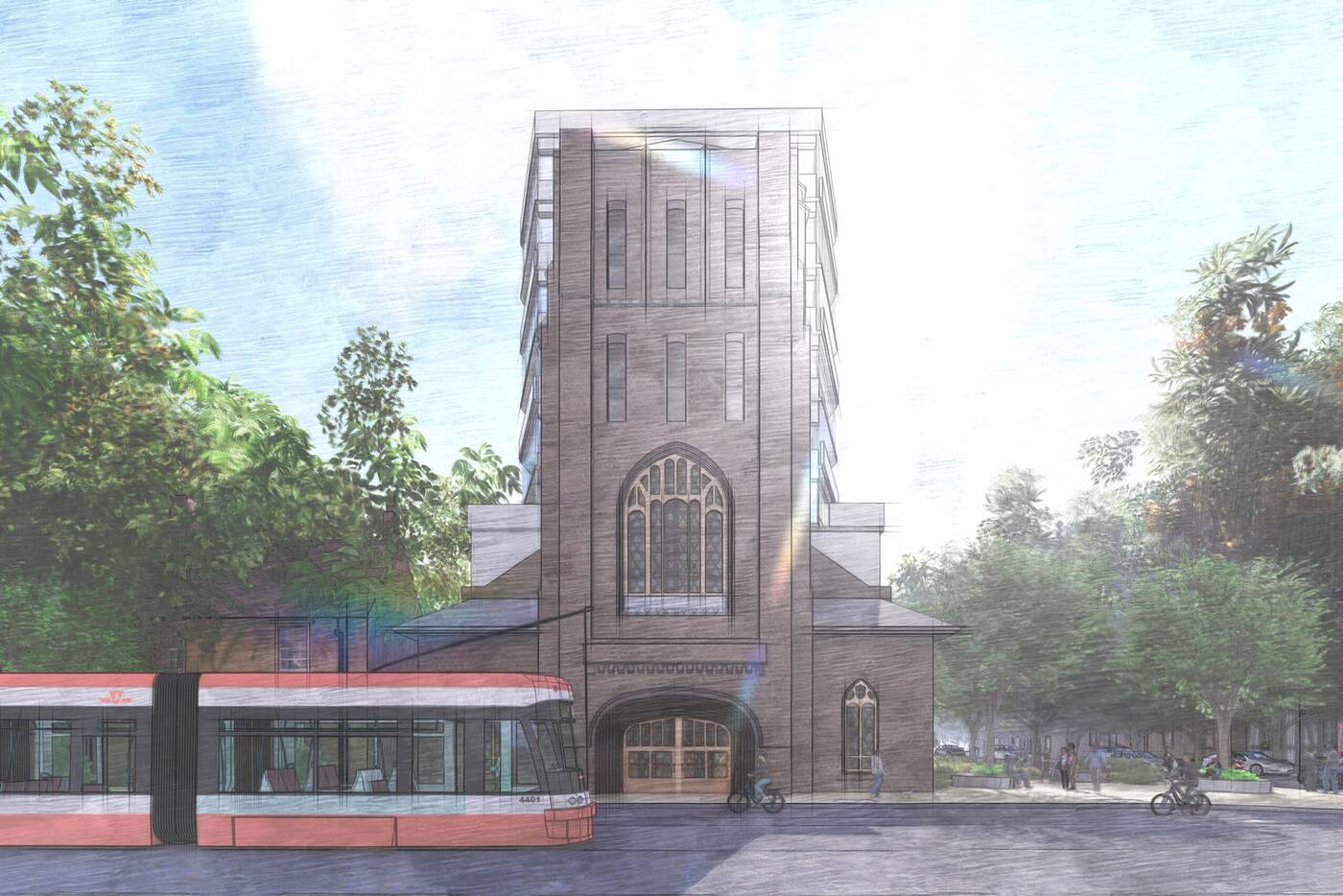 The existing church exterior would remain, with the new building rising above and behind. Rendering courtesy of LCH Developments.

Michal Wywrot, Managing Partner at LCH, tells blogTO that "the 415 Broadview development project is a community-building opportunity between LCH Developments, deCartier Developments and the Congregation of St. John's Presbyterian Church," the trio working to keep the congregation alive and bring new density to the site.

Drawing inspiration from a similar church-addition project in Boston's South End called The Lucas, the developers have signed on that project's architect, Finegold Alexander, to design what the team describes as an "iconic jewel overlooking Toronto's Don River Valley." 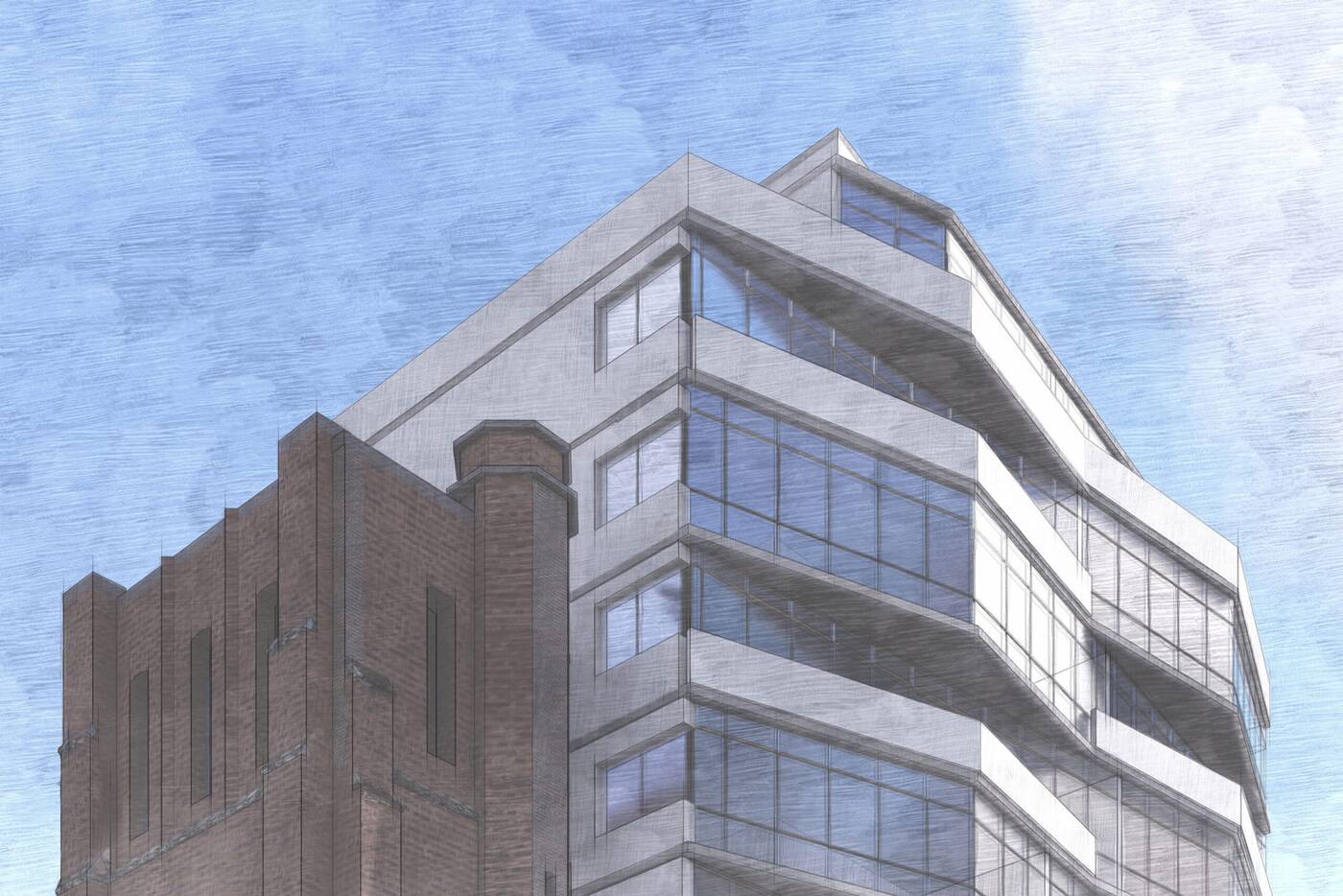 The church's historic exterior would be juxtaposed against a faceted modern building. Rendering courtesy of LCH Developments.

Ryan Debergh, Development Manager at LCH, tells blogTO that it's still a work in progress, saying, "It is quite early, and we are definitely open to feedback from all aspects of the community as we move into design development."

The 114-year-old church's defining exterior features would live on, while an extensive modernization of the church interiors would allow the congregation to remain at this address.

Debergh says that the team has been working for a few years to forge "a win-win agreement that meets the congregation's goal of staying in their historic location for years to come, and our goal of creating an iconic design in the community."

In addition to the continued presence of a community staple that served the area even before the church's current building was constructed, Debergh says that the team has "the goal of incorporating some affordable housing as part of the project." 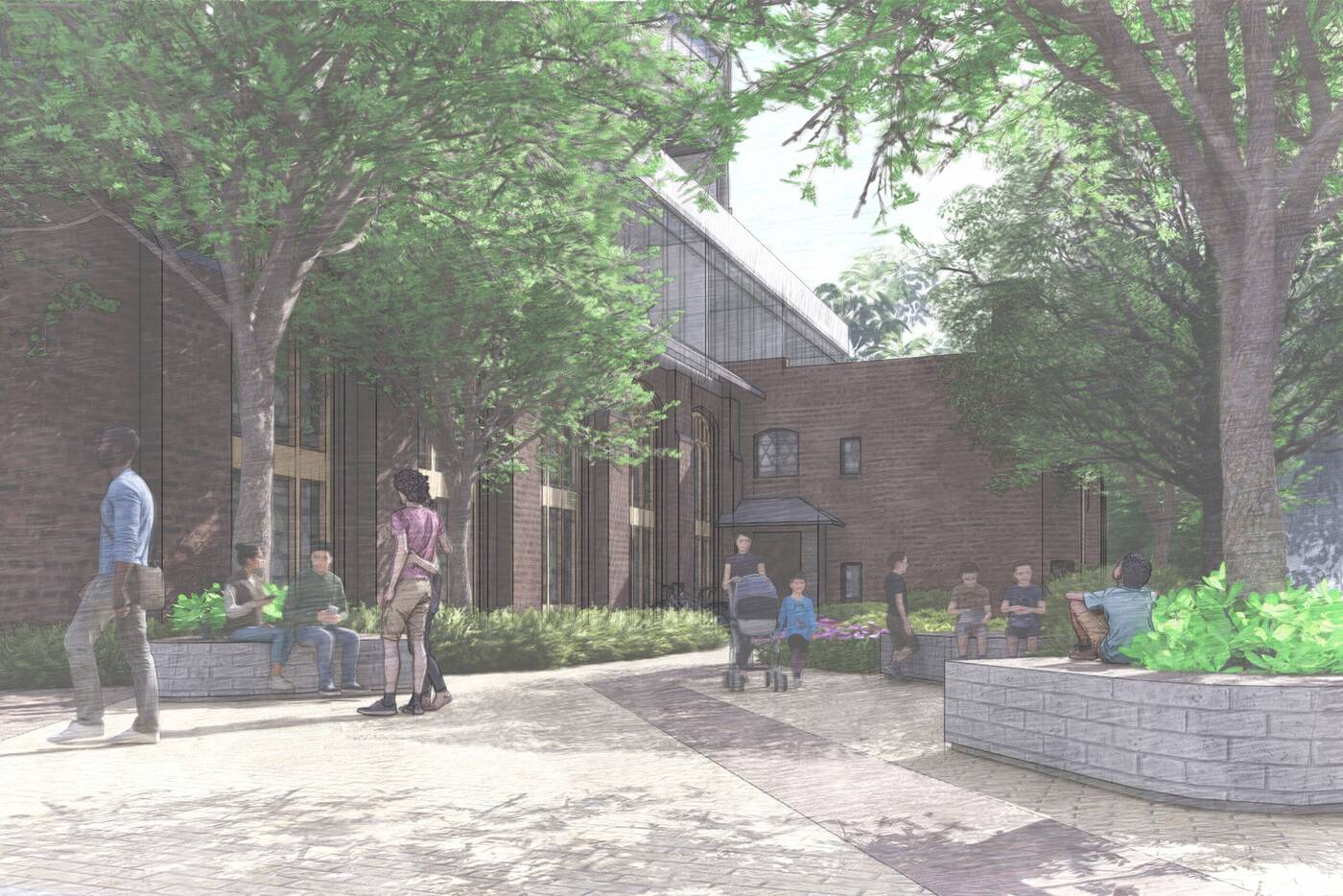 In addition to new affordable housing, the project proposed a privately-owned public space for the community. Rendering courtesy of LCH Developments.

Looking to the future, Debergh says that the team is "currently considering setting up a public design review session on Zoom to give the public a voice to influence the design, as well as a website to submit comments and feedback."