A beautiful Toronto church could be redeveloped into a 12-storey rental apartment building — the good news is the plans keep the church.

A zoning amendment application for 353-355 Sherbourne St., currently home to Saint Luke's United Church was submitted to the City of Toronto.

The church has a landmark presence in Cabbagetown at the corner of Sherbourne and Carlton. 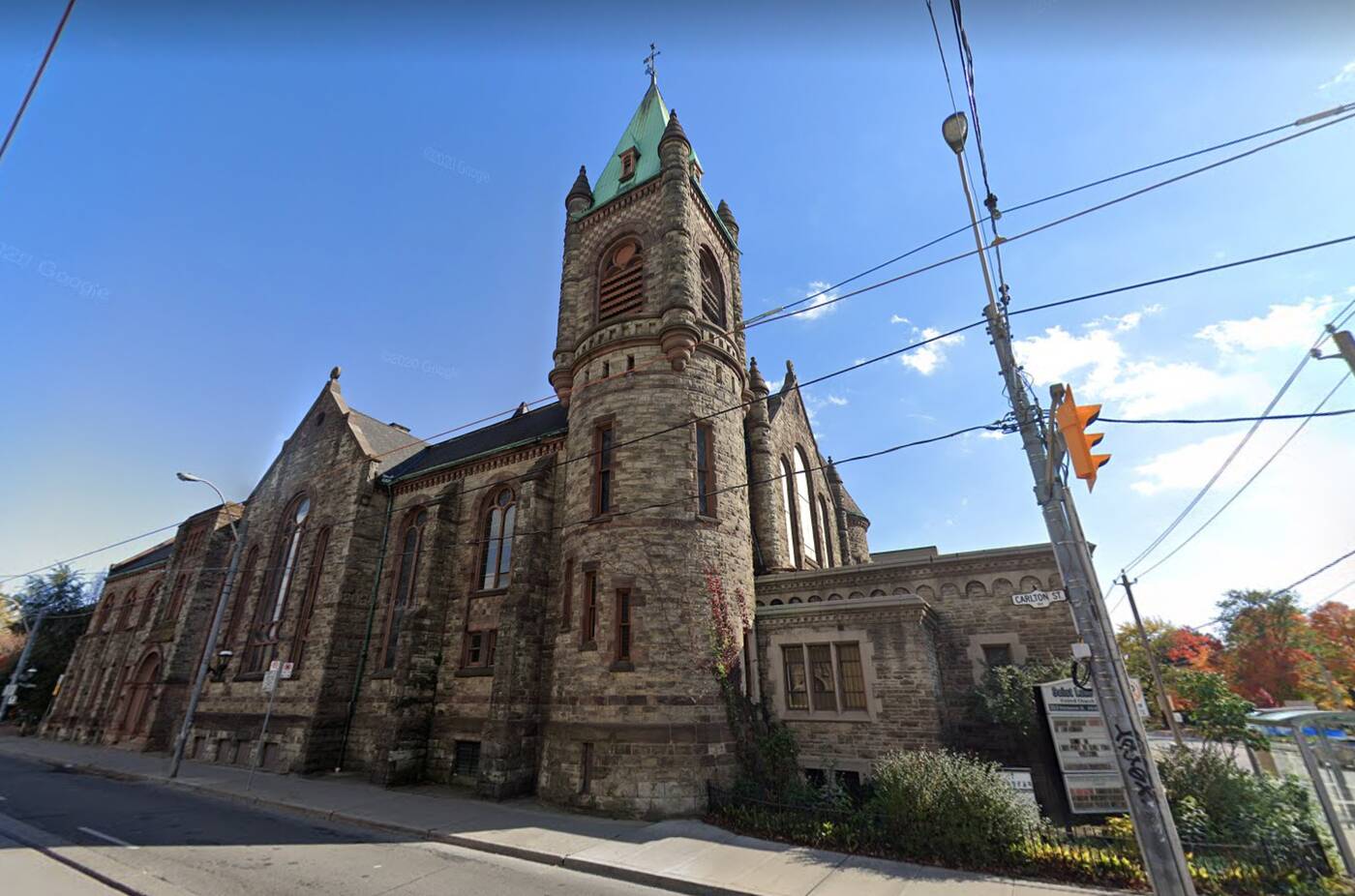 Described as a Richardsonian Romanesque church, it was built in 1887 with subsequent additions constructed through the 20th century, according to the Heritage Impact Statement.

The church is a listed property on the City of Toronto Heritage Register and part of the Cabbagetown Northwest Heritage Conservation District. 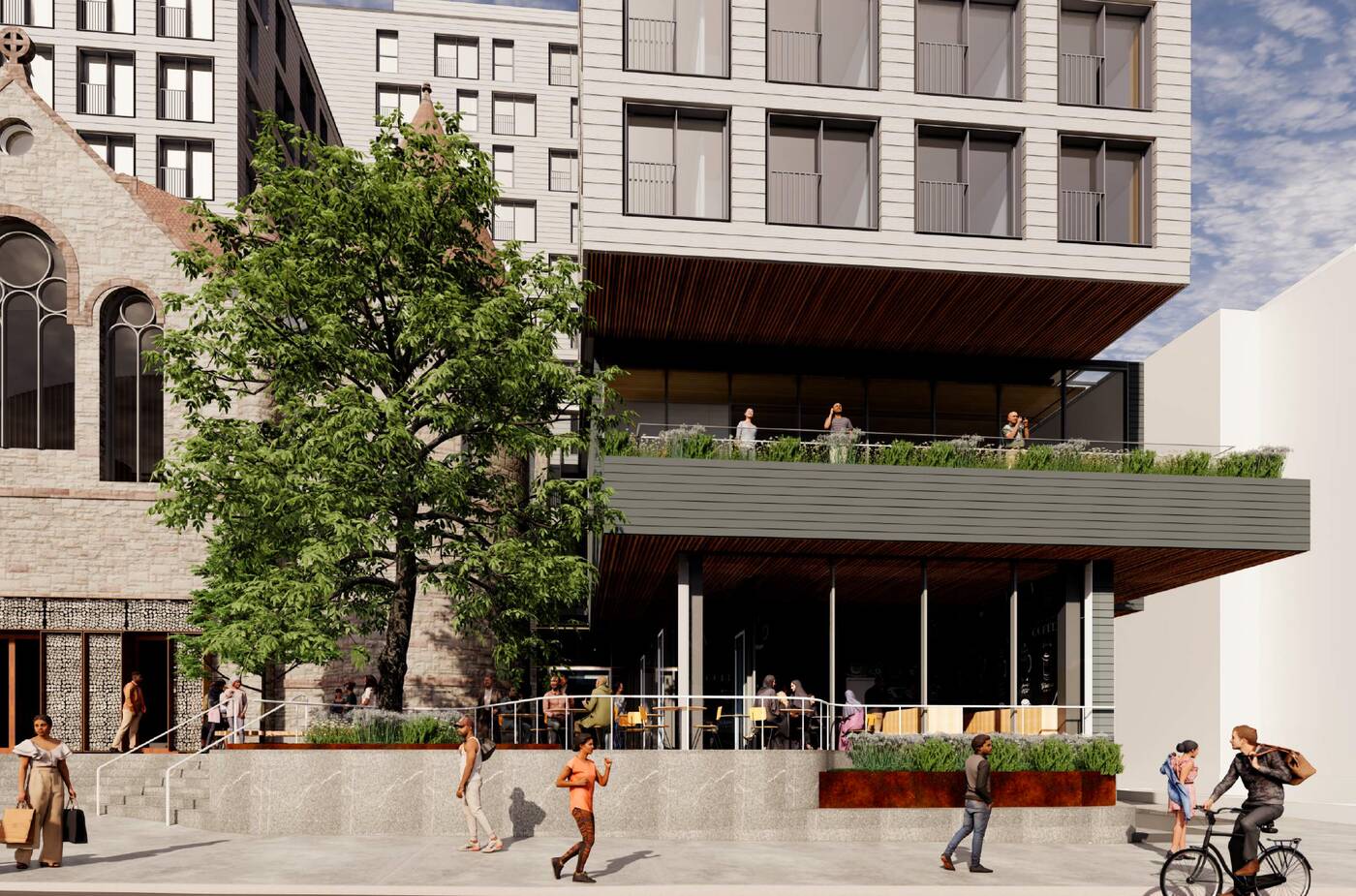 The development would have community space including a cafe on the ground level.  Rendering via City of Toronto submission

KPMB Architects designs submitted to city on behalf of the property owner, United Property Resource Corporation, keep the church intact but add a 12-storey mixed-use building with 100 rental units (30 per cent affordable housing) and a commercial and community space on the second and ground floor. 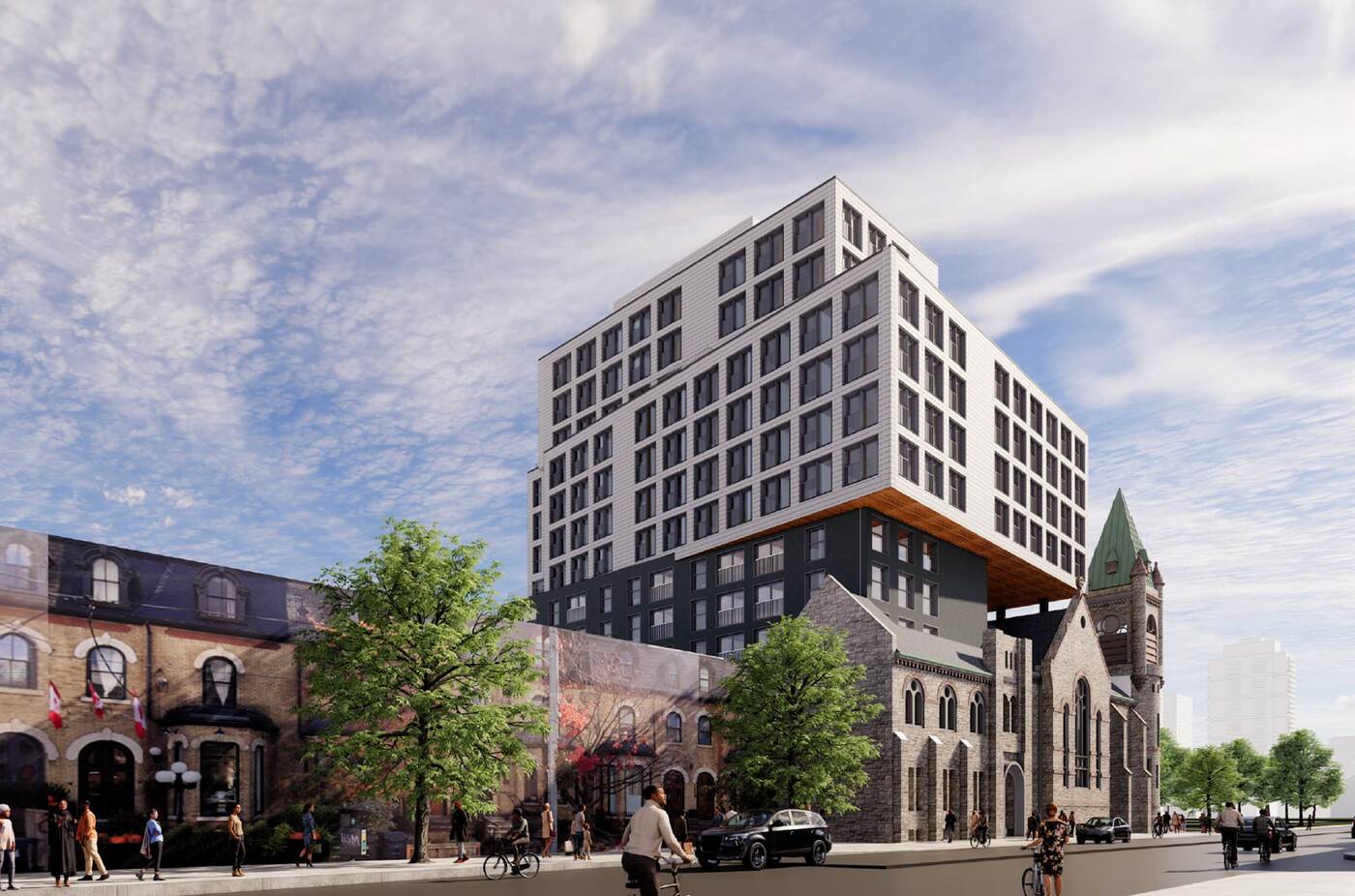 The apartment building would be 12-storeys high.  Rendering via City of Toronto submission

"As the existing St. Luke's United Church is proposed to be retained in full, the existing sanctuary within the church will be retained and continue to function as a place of worship," the planning rationale states.

The plans will retain and modify the existing church and the 1912 Sunday School addition but remove the existing narthex and gymnasium additions for the new building. 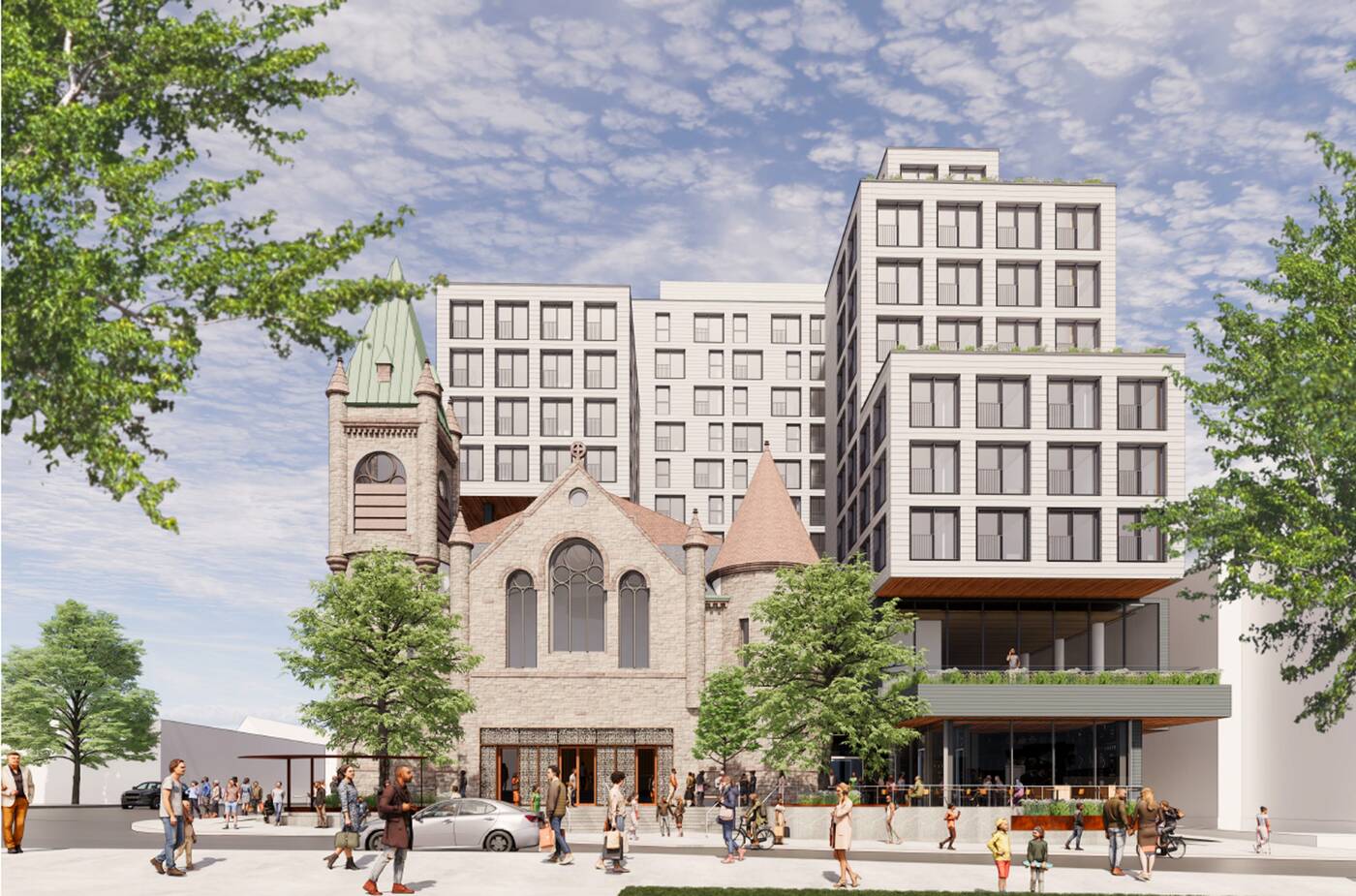 The church would be retained in the development.  Rendering via City of Toronto submission

The proposed development will be built to the south and east of the retained church in an L-shaped plan.

A community hall is proposed on the second level with a "large outdoor terrace above the café along Sherbourne Street" with views of Allan Gardens. 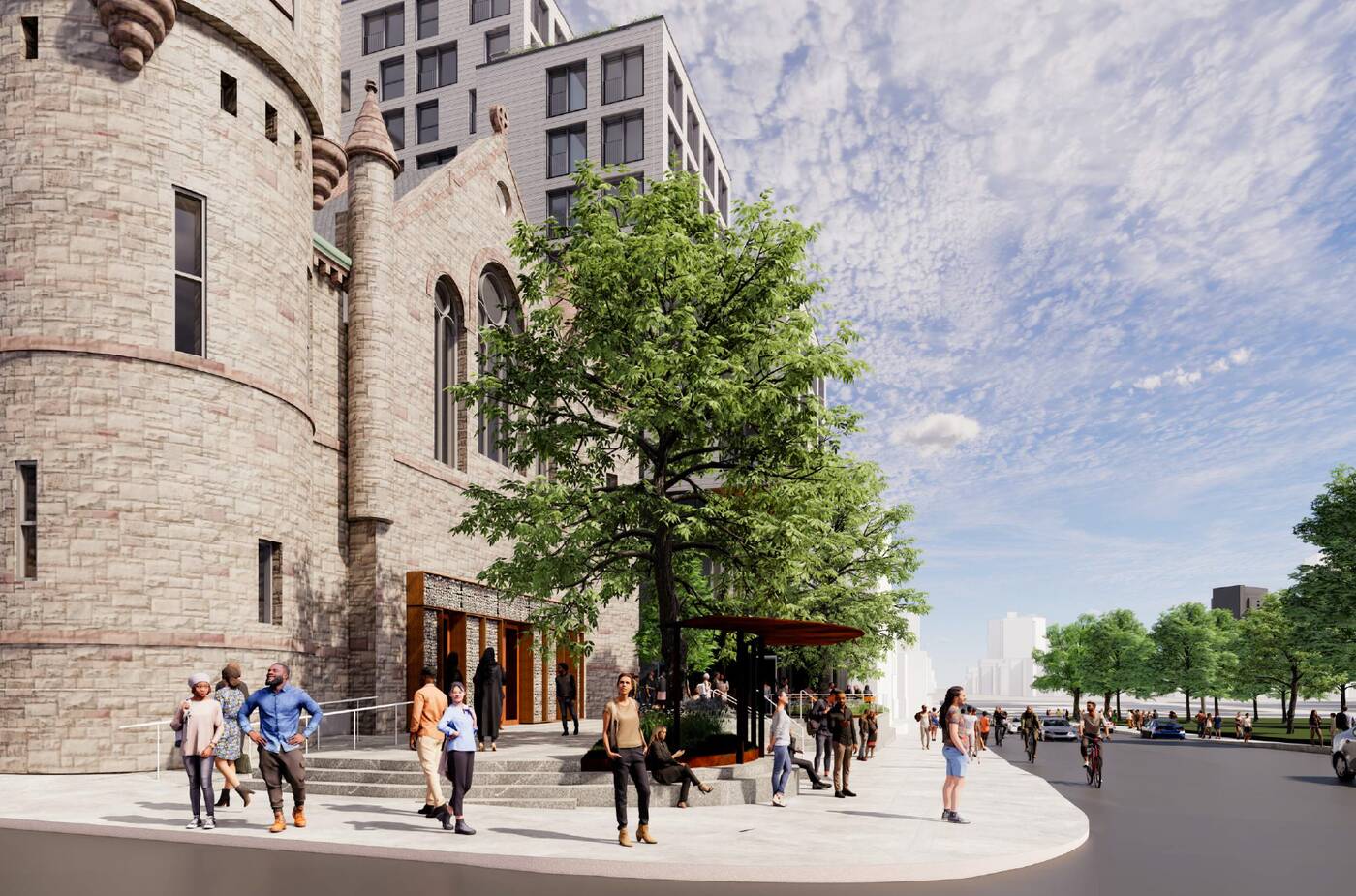 People could access the commercial space from Sherbourne Street.  Rendering via City of Toronto submission

The plans are currently under review and will need city council approval to proceed.