Toronto church to be transformed into massive condo development

Yet another church conversion is in the works for Toronto, according to a development application filed with the city on Wednesday.

St. Monica's Roman Catholic Church, established in 1906, can be found in the increasingly condo-dense Yonge and Eglinton neighbourhood at 44 Broadway Avenue.

The present church building was constructed in a modified cruciform design around 1959 and, because it has been renovated on the inside a few times since, it is not considered to be of significant heritage value. 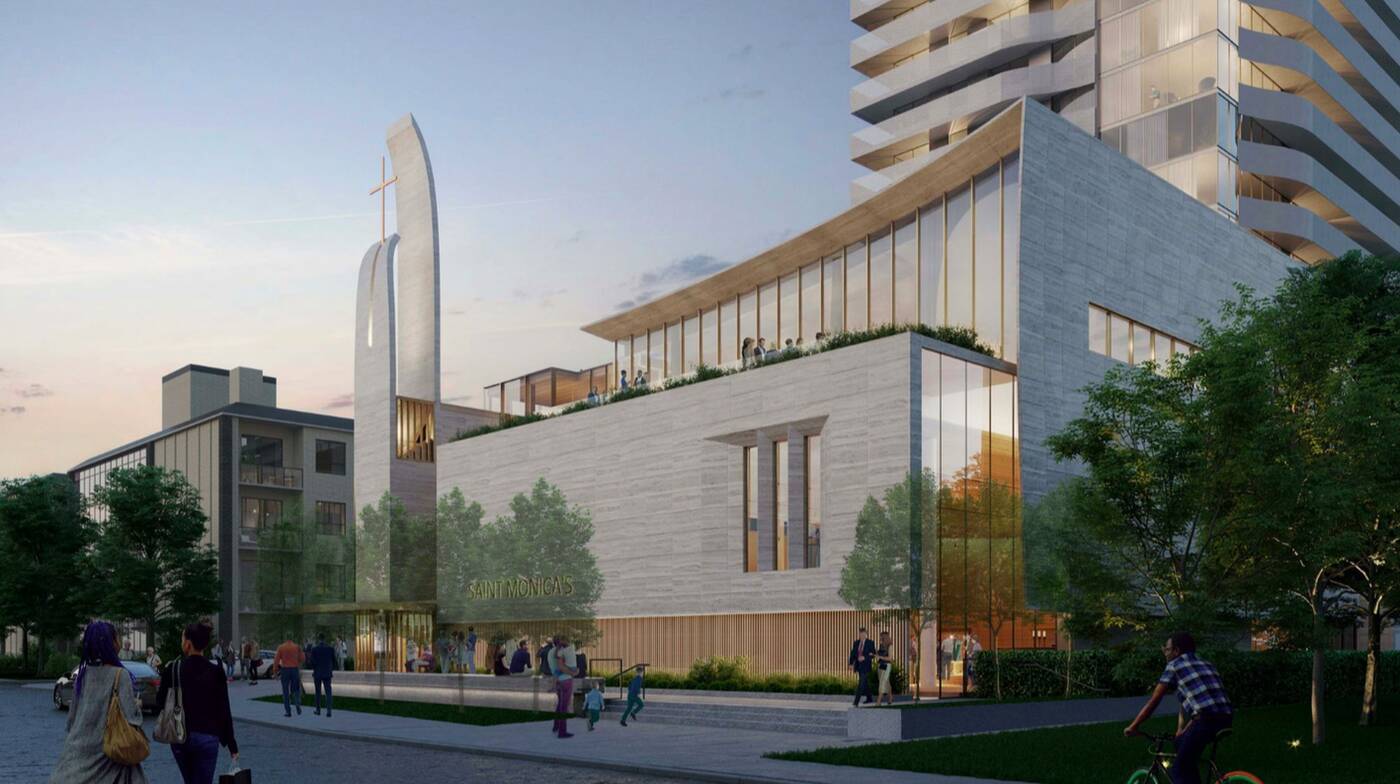 Broadway Avenue from a southeastern view in a rendering of the new church and condo complex. Image via KPMB Architects/City of Toronto.

Urban Toronto reports that St. Monica's Parish has been looking to construct a new church since the end of 2017.

After issuing a request for proposals, church officials selected a plan from the firm Collecdev that would see not only a more modern church built atop the existing structure, but would also connect to a brand new residential tower.

"The redevelopment proposal has been conceived following a detailed consideration of the needs of the Archdiocese, which seeks to replace the existing place of worship on the subject site with a new modern facility," reads a planning rationale document submitted to the city this week. 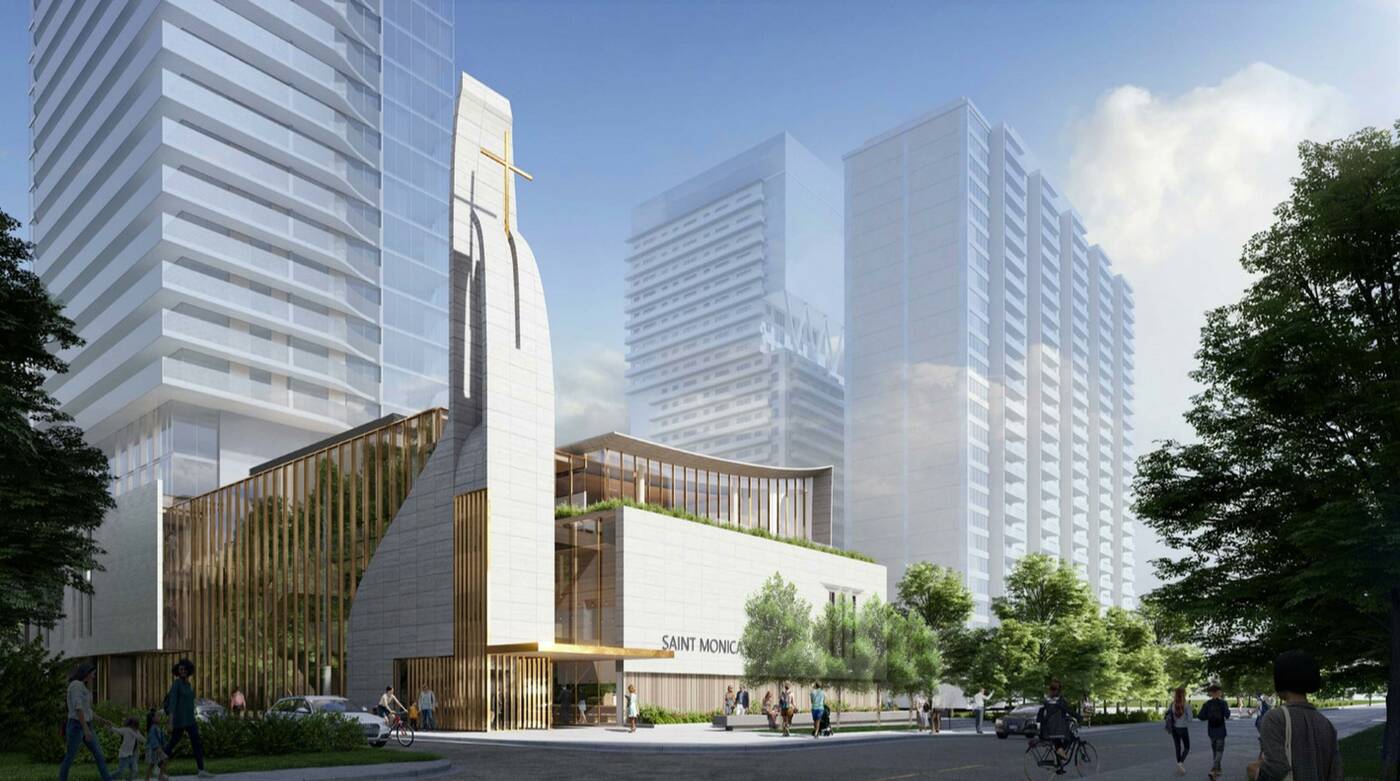 The proposed church and tower complex at 44 Broadway Avenue as seen from the southwest. Image via KPMB Architects/City of Toronto.

If built as proposed, the new residential building would rise 44 storeys high and contain 398 condo units: 170 one-bedrooms, 187 two-bedrooms and 41 three-bedrooms.

An underground, two-storey parking garage would contain some 177 parking spaces, 60 of them reserved exclusively for St. Monica's parishioners, and a new "front plaza area" would be created for members of the church and tower residents alike.

The church itself would be four-storeys high and connect directly to the tower. Architecturally, it's a departure from what currently exists on the site, but a striking one flush with light stone, gold-framed glass and a 25-metre tall steeple.

Inside, it would also include what Collecdev describes as a narthex: "an architectural element typically found in early Christian and Byzantine basilicas or churches. The building will also contain various office spaces, conference rooms and a new parish hall