The mall defined suburban culture through the latter half of the 20th century, but times have changed. Factors including the rise of online shopping, lockdowns, and soaring land values are making it more challenging for these large retail centres to compete, as unending demand for new housing has owners reassessing their properties.

Just east of Toronto, the Pickering Town Centre (PTC) is now in its 50th year serving as a hub for its surrounding city. But it's not the happiest celebration, as malls are currently operating with skeleton crews and greatly reduced sales due to the latest round of public health restrictions.

Joining a growing list of malls across the region, the PTC's sprawling size and endless expanses of surface parking don't make as much sense as in the gas-guzzling days the site was built out.

Demand for real estate in Toronto's satellite cities is high, and owner OPB Realty Inc. is proposing to make better use of the PTC by downsizing the mall by about half and replacing the demolished sections and surrounding parking with a massive, high-density, mixed-use community.

A design concept by architectsAlliance lays out details of the planned development, upgrading the existing branding to Pickering City Centre (PCC) in an effort to reflect the municipality's growing position on the regional stage. 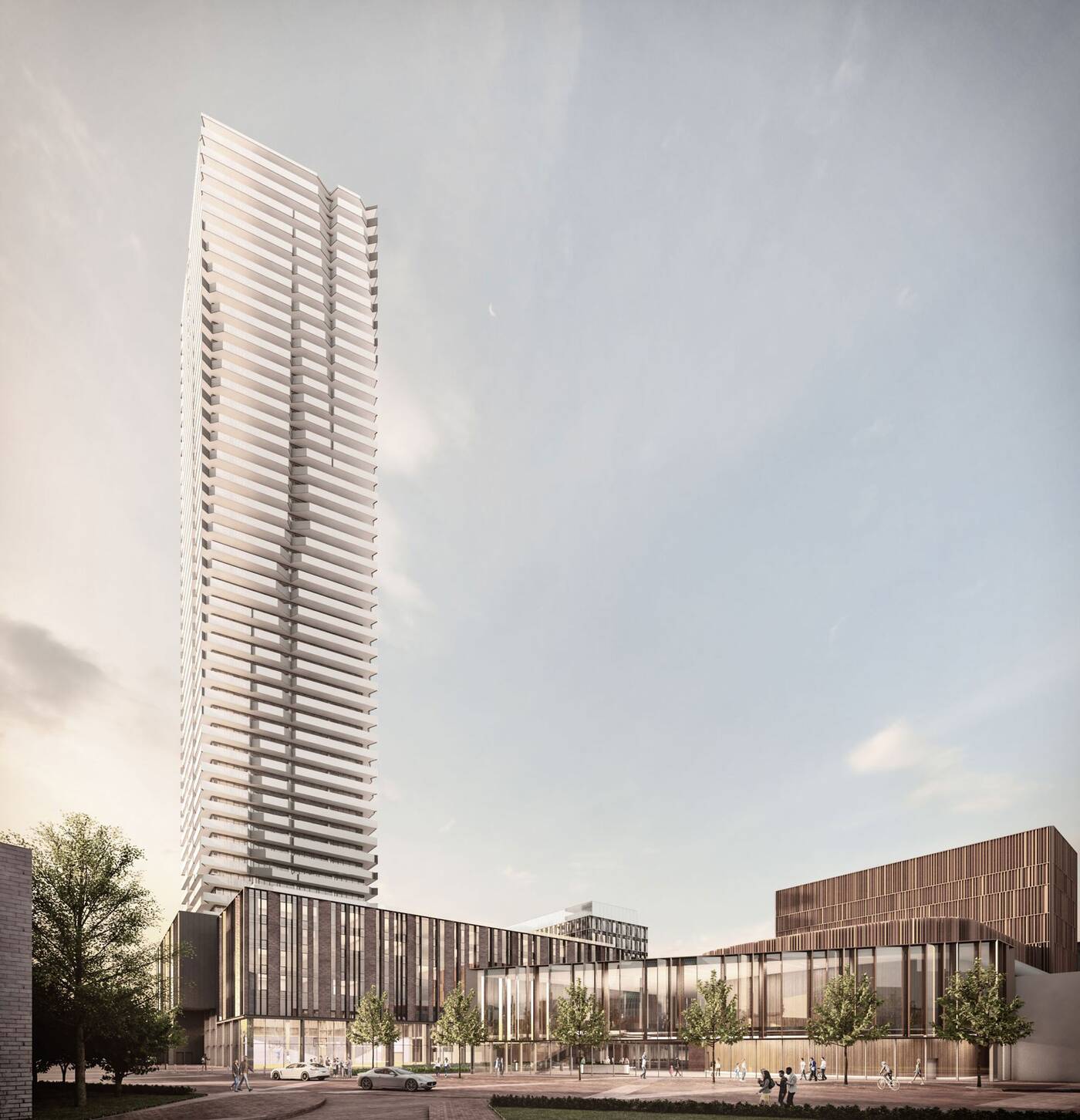 New towers, mid-rises, and public space would replace surface parking and sections of the mall. Rendering by architectsAlliance.

The PPC plan encompasses 17 blocks with buildings ranging in height between 9 and 50 storeys, with a mix of condo, rental, and commercial space. The mall's northern section would remain, though a wing to the south would be lost to make way for the new density.

While the developers would get a huge boost in residential units at the cost of a reduced retail footprint, a partnership with the City of Pickering would also bring the new community a central library, a performing arts centre, a seniors & youth centre, and a network of public open spaces linking the new buildings as well as the existing City Hall to the east. 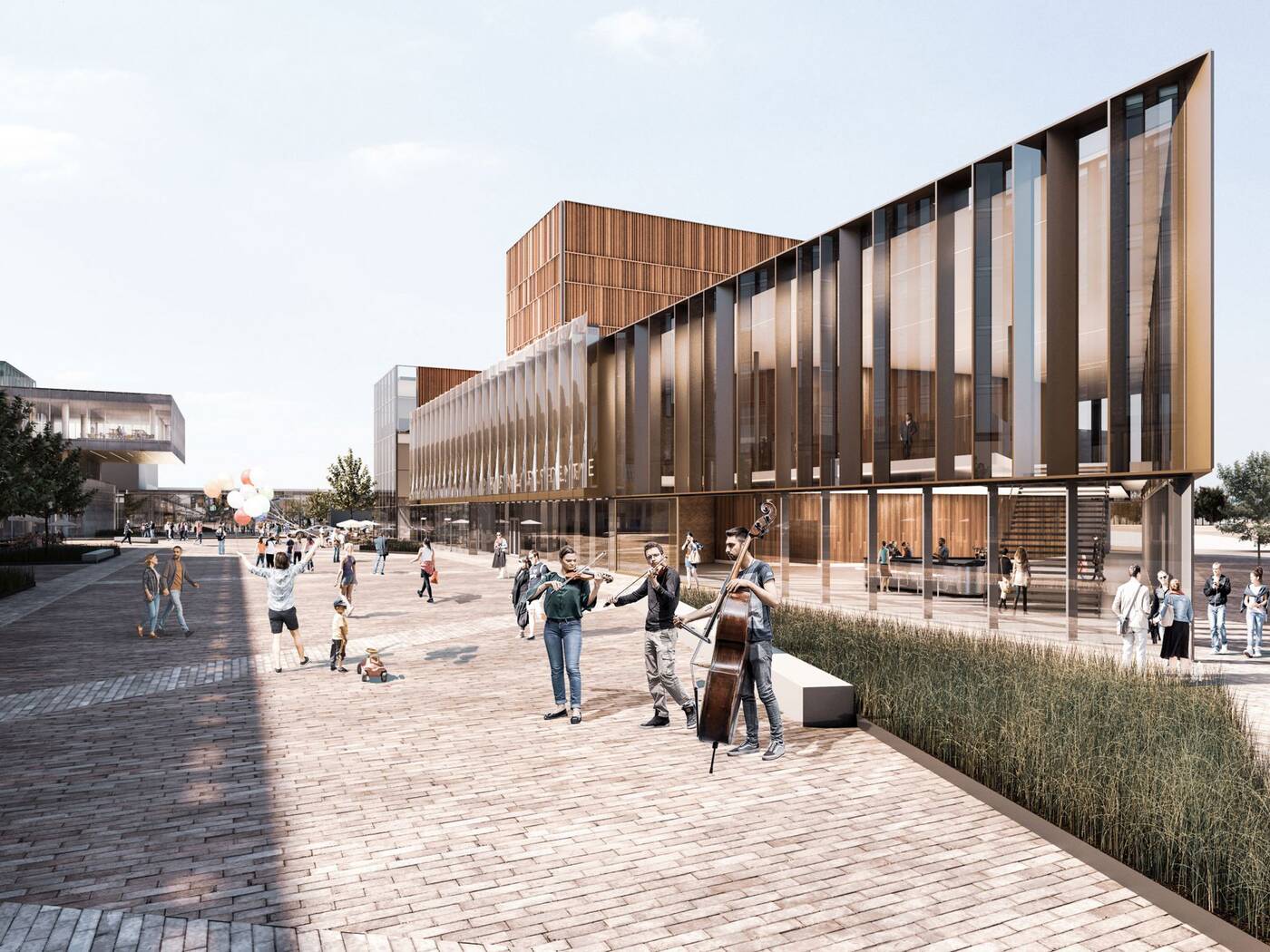 Pedestrian-friendly spaces would tie the new community together at ground level. Rendering by architectsAlliance.

Of course, things wouldn't happen all at once, the plan proposing to construct blocks one through nine as a first phase along the eastern edge of the site, replacing the mall's former Sears store demolished in 2021 as well as surface parking.

The future phase would see the removal of the mall's south wing, where Hudson's Bay currently exists.

All of these new buildings would be served by a from-scratch network of municipal and private roads, while the vast expanses of surface parking would be replaced by new underground garages.

Pickering may be getting a shining new skyline out of the plan, but it's still unconfirmed whether they've invested in that upgraded WiFi that Drake asked that city's mayor for a few years ago.