This $1.3 million church in Ontario could be turned into the perfect getaway home

A brick church for sale in Ontario comes with pretty much everything intact, including pews and a large cross, from when the last services were held there just a few months ago.

Unlike churches recently for sale with beautifully renovated interiors, the church at 22 Melville Street in Clearview, was an operating church until it was purchased last fall.

Owner Blake Wilson tells blogTO he bought the church in September with the idea to renovate it for a family home but he found another farm property nearby that he has decided to work on instead. 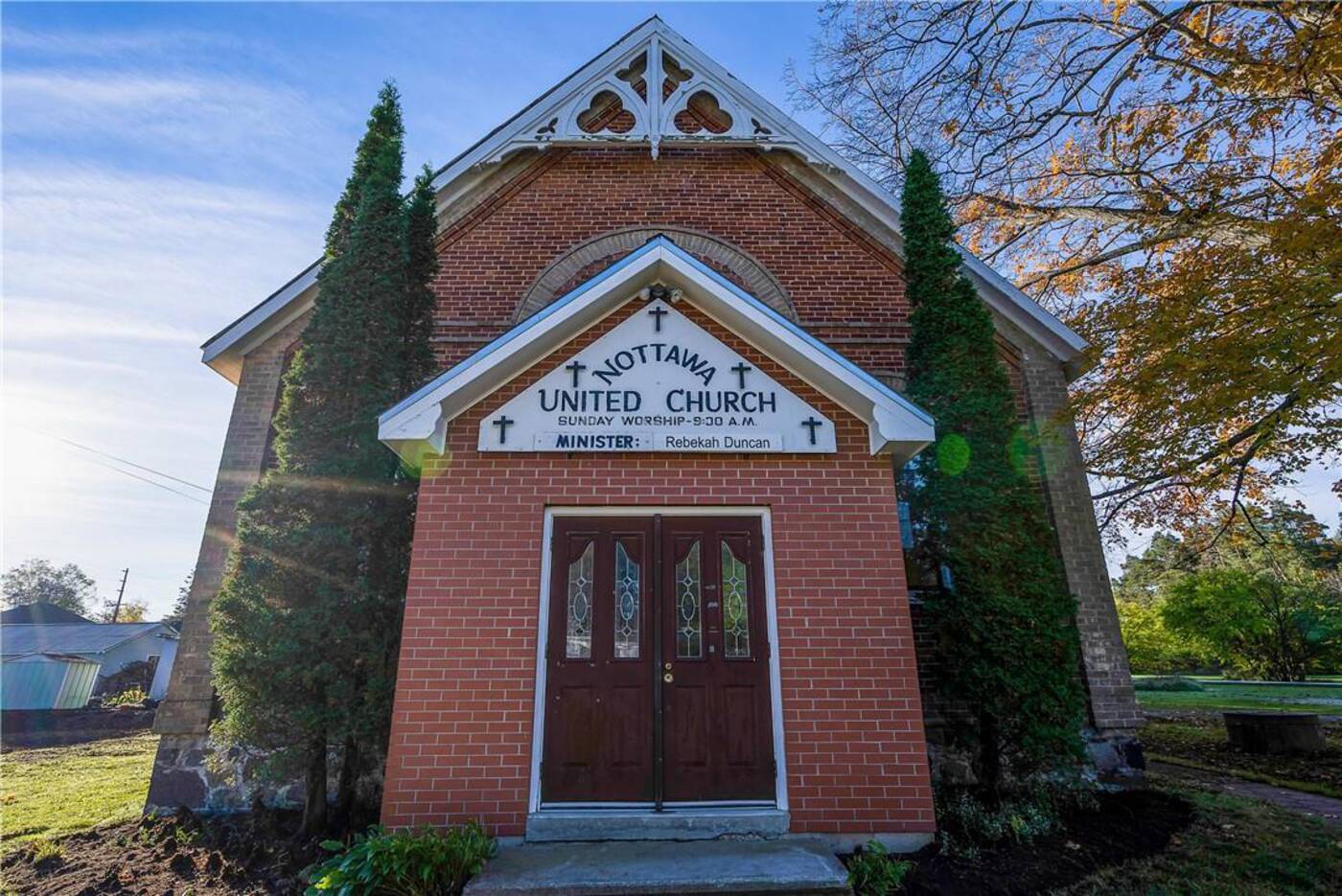 The former Nottawa United Church at 22 Melville Street in Clearview is up for sale.

The Nottawa United Church sign remains over the door, and Wilson found a mural that dates the church to 1896.

"When we bought it until we closed on it, it was still a church and they essentially left everything," he says. 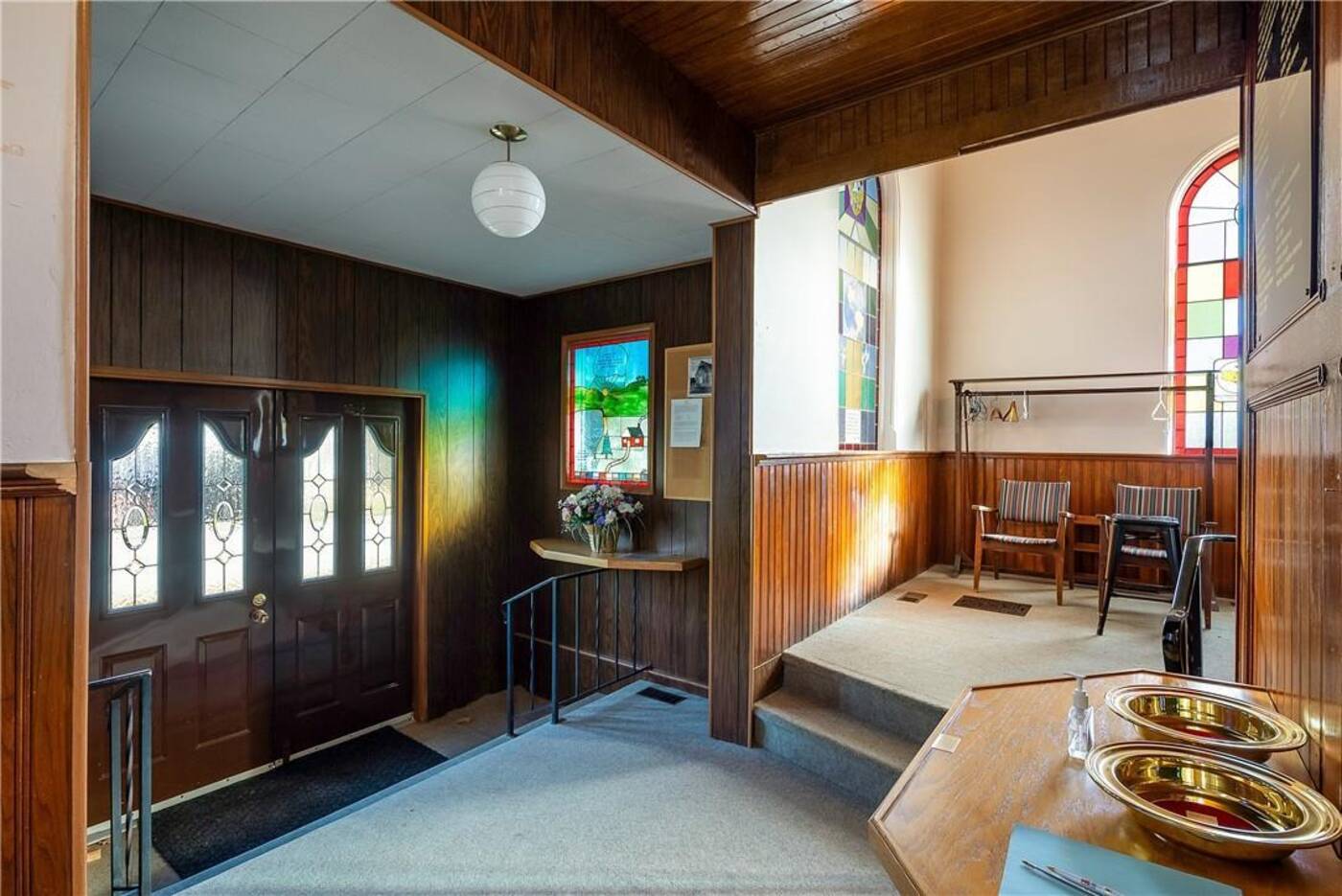 The entryway could be transformed into an apartment unit.

The pews, chairs, tables and other decorations are included in the sale.

Wilson says he worked on renderings with an architect for the 3,200 square foot church. He wanted to create a 400 square foot apartment at the front, possibly as an Airbnb. 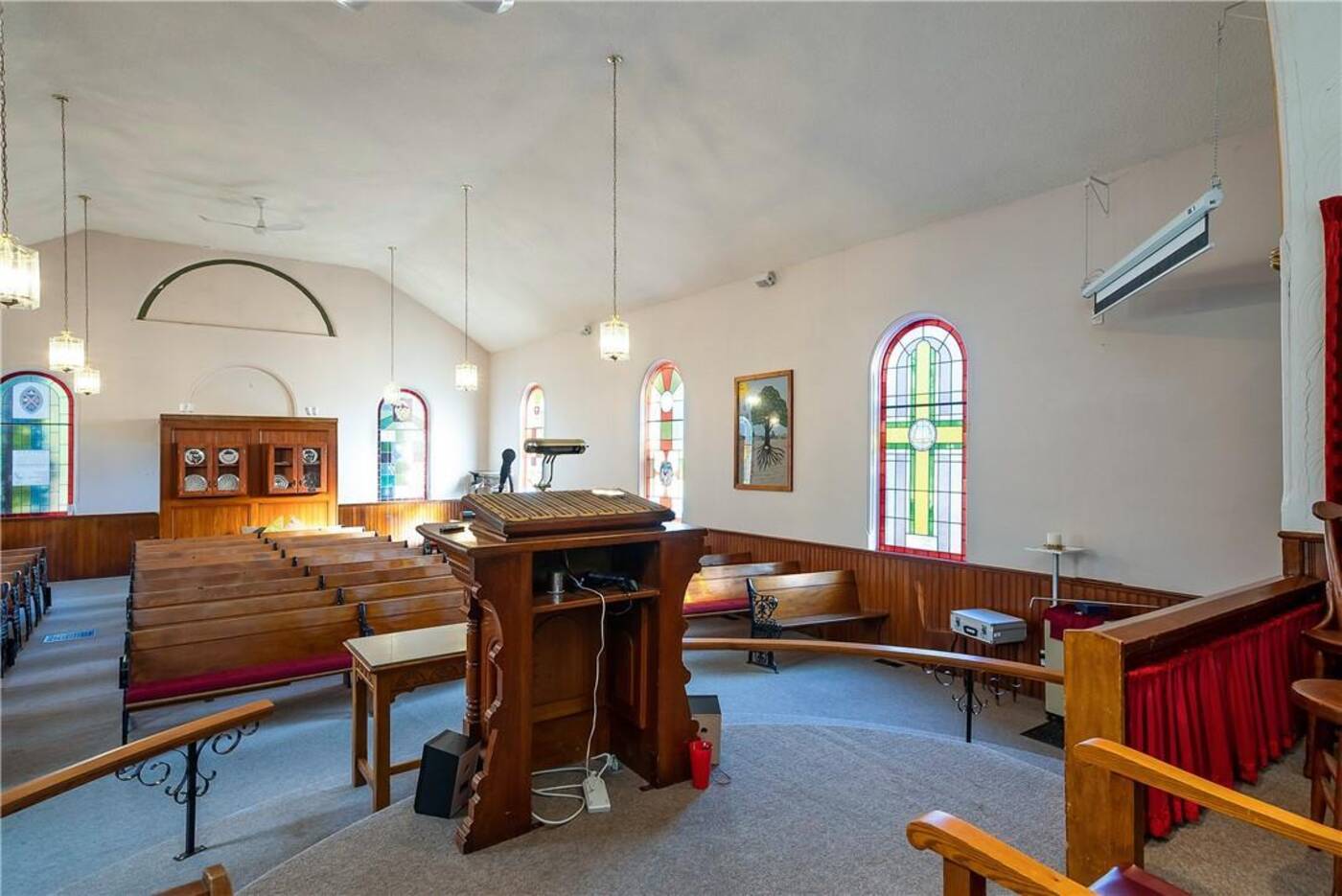 The main area in the church could be made into a family living space.

"[For the] Airbnb, your front door is like the front door of the church," he says. 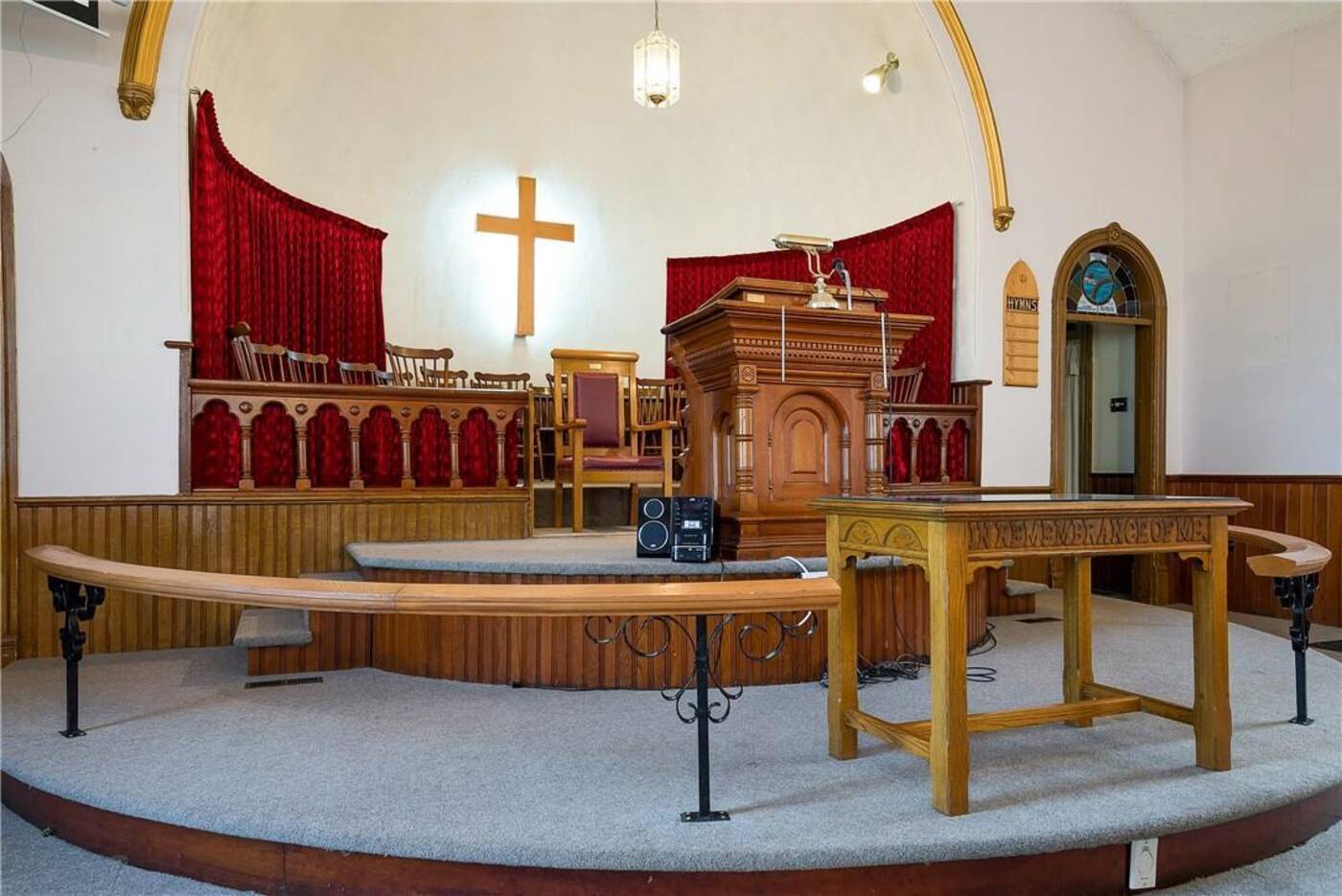 The church comes with all the pews and tables.

The large main part of the church could be a living area and a 1970s addition on the back has two kitchens and additional rooms. 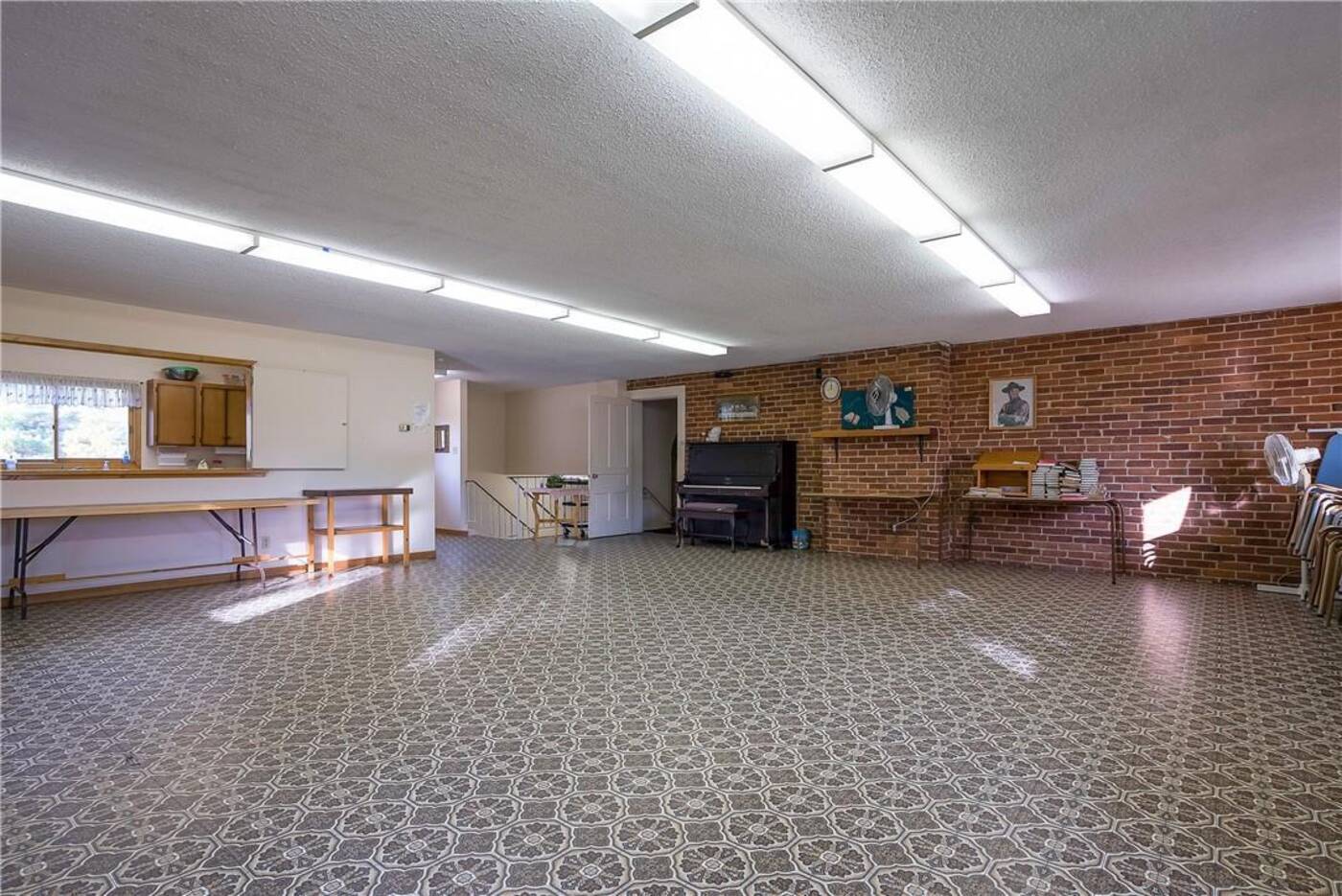 There is a back addition that has more rooms and two kitchens.

The bathrooms are stalls, without a shower or bath, so that would need to be renovated for a home use. Wilson admits it would be a large project. 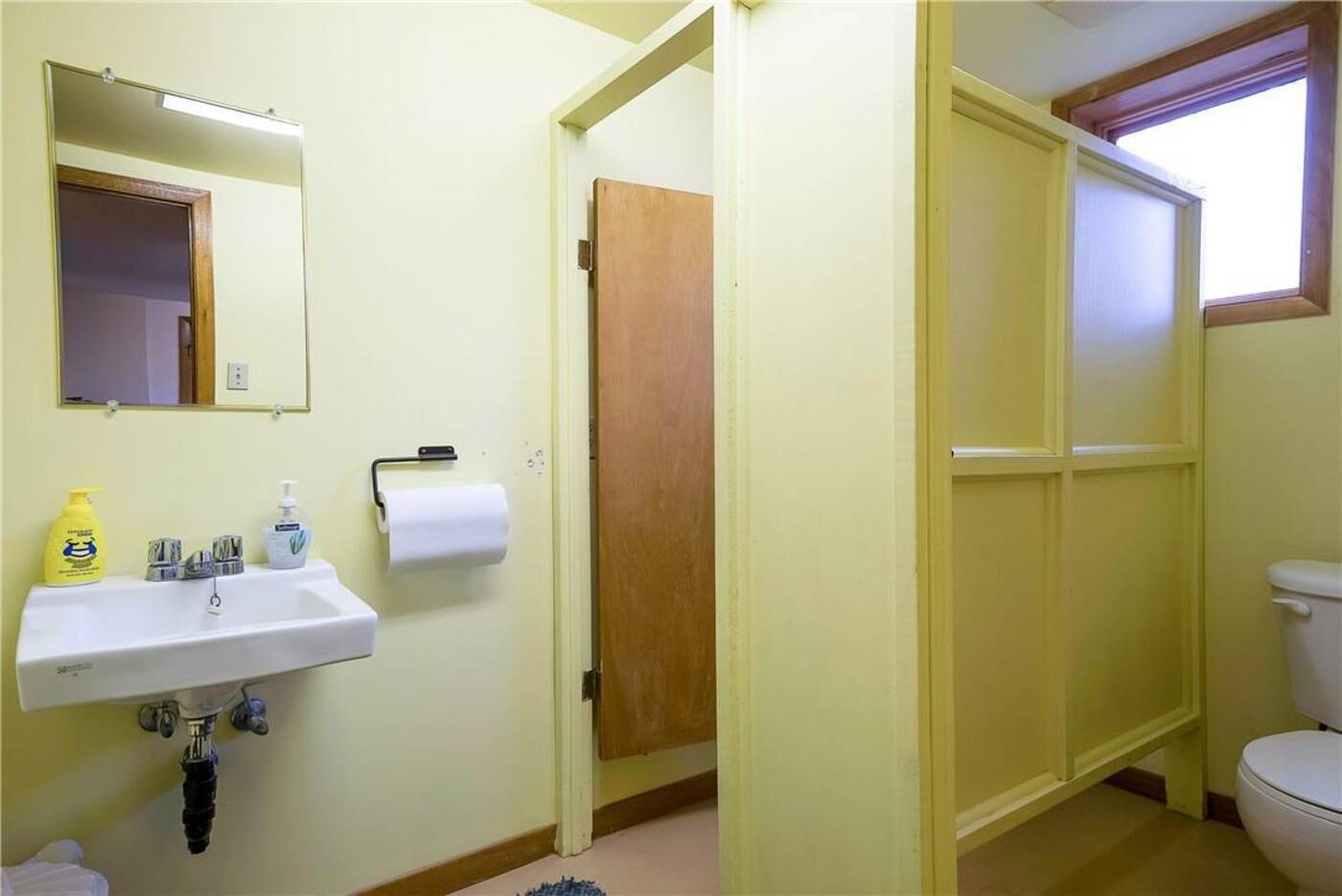 The bathrooms would need to be renovated for home use.

But the large lot could have future development possibilities. It is also nice to use as a yard or garden. 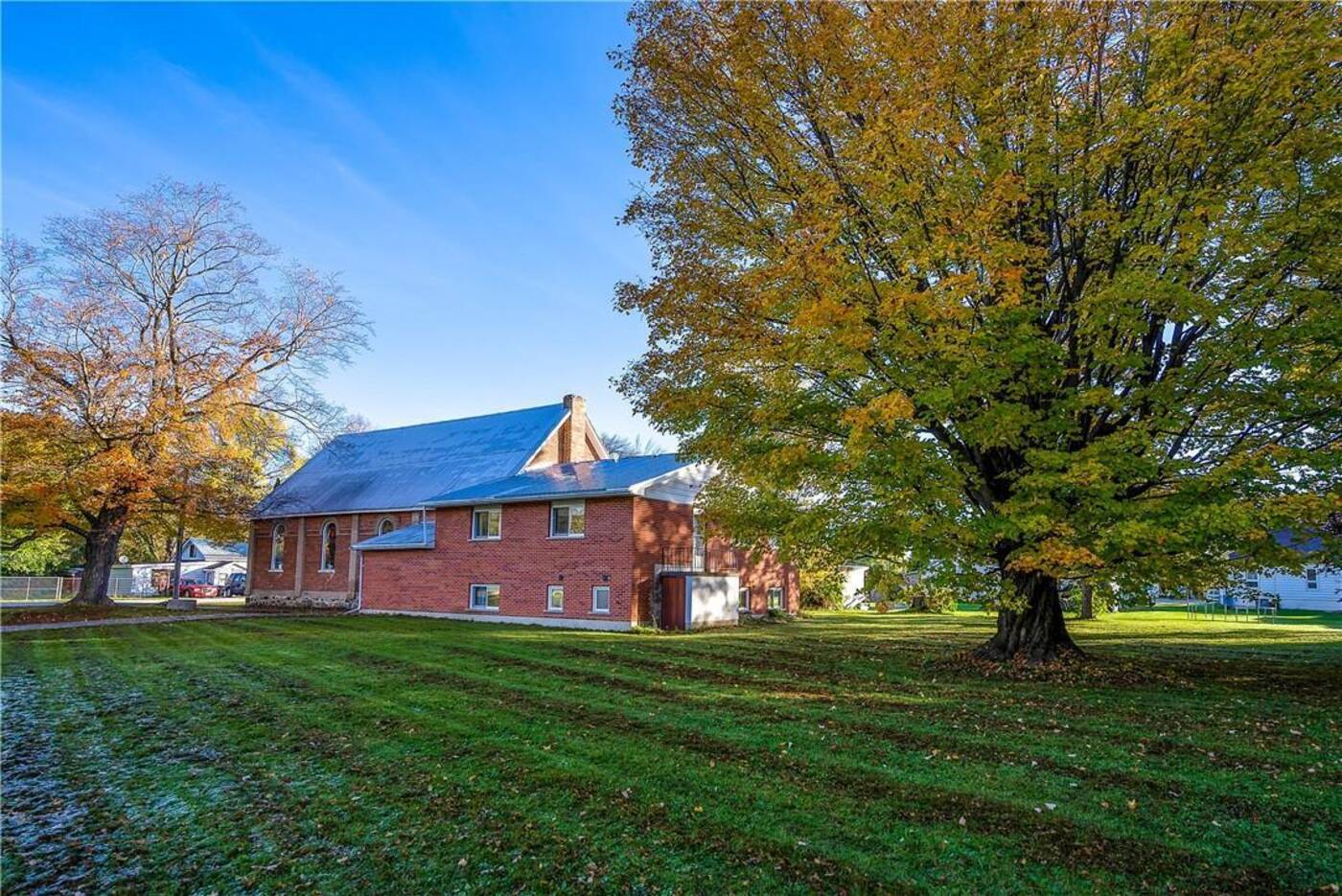 The yard is spacious with beautiful mature trees.

"You could have the wickedest pool." 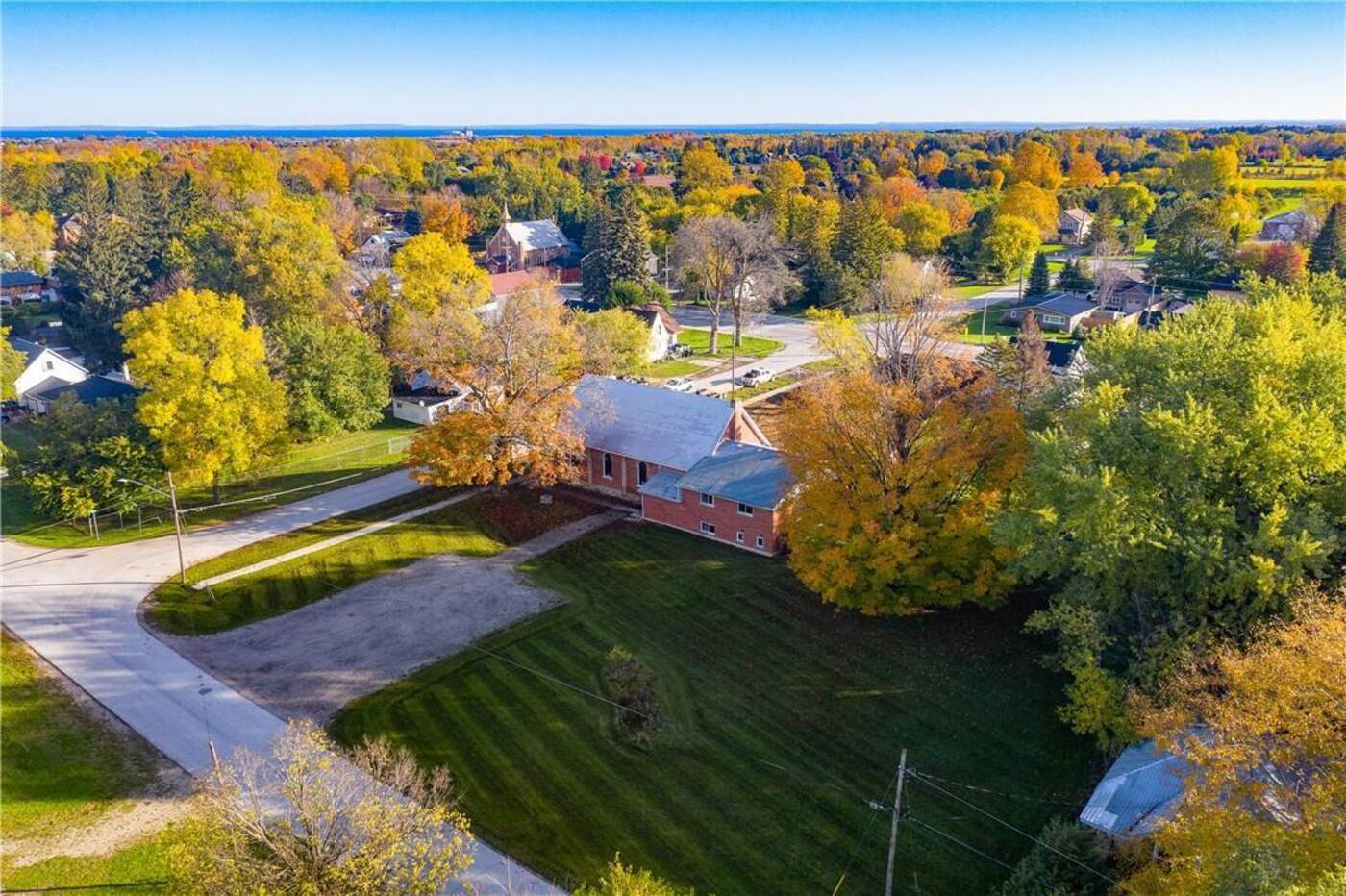 The property is not far from Collingwood and the beach.

The church is listed for $1.3 million but Wilson believes the location, minutes away from Collingwood, the beach and Blue Mountain make it a good investment. He adds that real estate prices in the area have shot up recently due to Toronto residents looking to escape the city.