Concrete and steel are the materials people typically associate with new construction in Toronto, but wood is back with a vengeance. Newer, fire-resistant mass-timber allows buildings to slash their carbon footprints, all without sacrificing the strength of traditional steel and concrete buildings.

People are catching on to timber, and 2014 amendments to the Ontario Building Code kicked the door open for a new era of taller wood buildings.

Joining this wave of planet-friendly wood buildings, George Brown College has officially kicked off construction of its newest addition, and it's unlike any institutional structure that exists in Ontario. 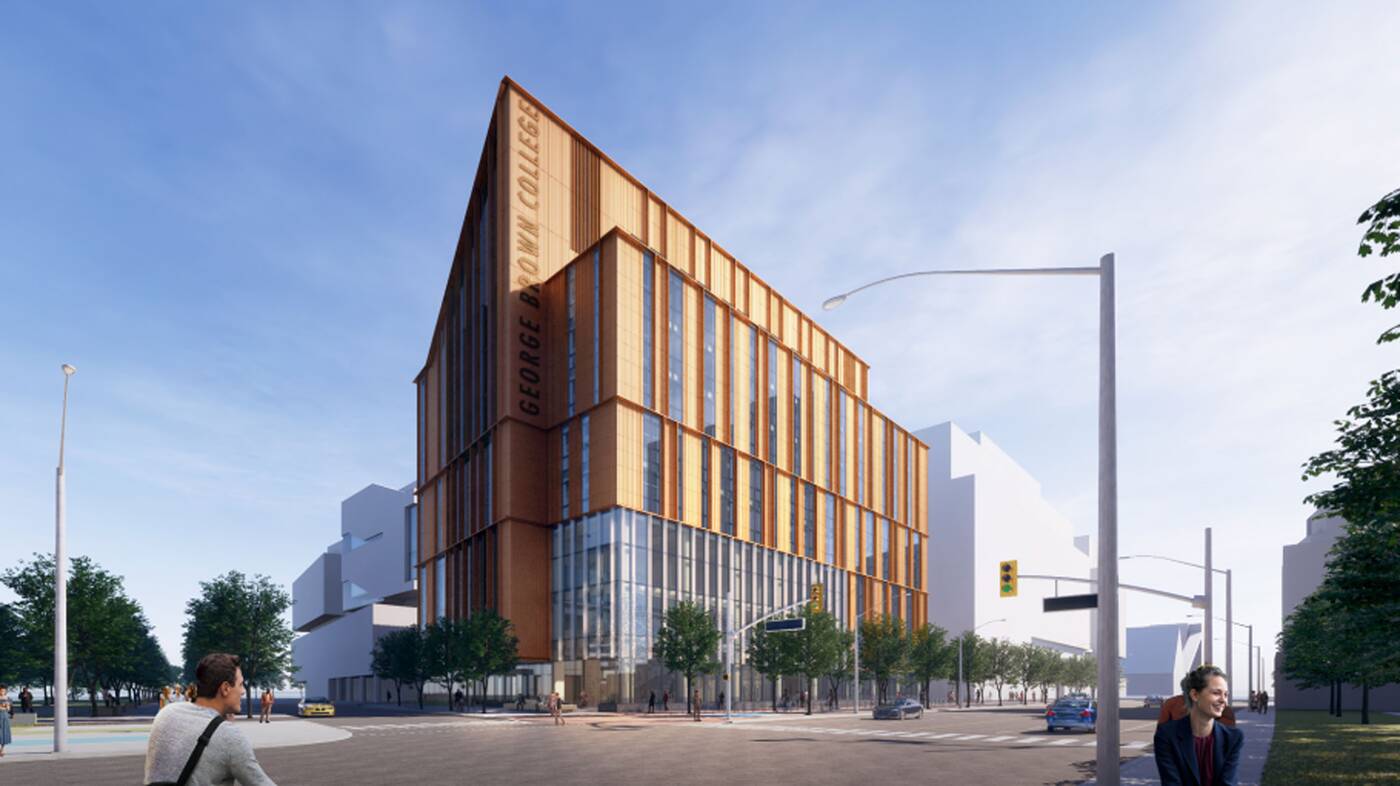 The building will stand tall over the southwest corner of Queens Quay and Lower Sherbourne.

Located at Queens Quay and Lower Sherbourne, it's set to be a new landmark for the college's Waterfront Campus, the winner of an international design competition from architects Moriyama & Teshima and Acton Ostry. 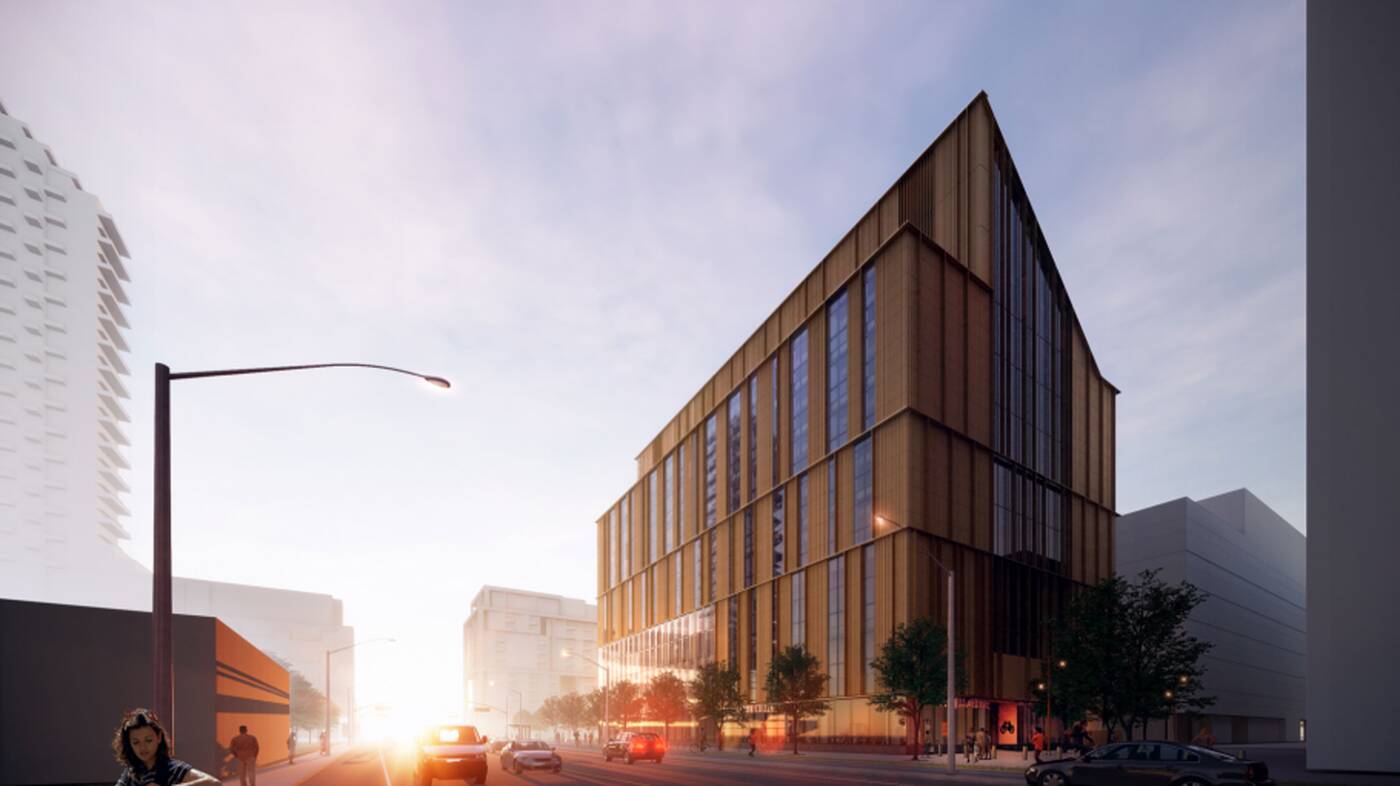 The ground breaking for the facility happened on Tuesday, along with the reveal of a $10M donation from Canadian philanthropist, Mr. Jack Cockwell, this on top of an earlier $8M donation that, when combined, tops the largest donation to an Ontario college by a single donor in history.

The donor announcement comes with a new name for the facility, which was planned under the working title of The Arbour, a reference to its mass timber design. That natural theme lives on in the new name of Limberlost Place, inspired by the Limberlost Forest and Wildlife Reserve near Huntsville, Ont.

Limberlost Place will host space for George Brown's School of Computer Technology, School of Architectural Studies, a new childcare facility, and an innovation and research hub known as the Brookfield Sustainability Institute. The building will also house space dedicated to Truth and Reconciliation and Indigenous culture 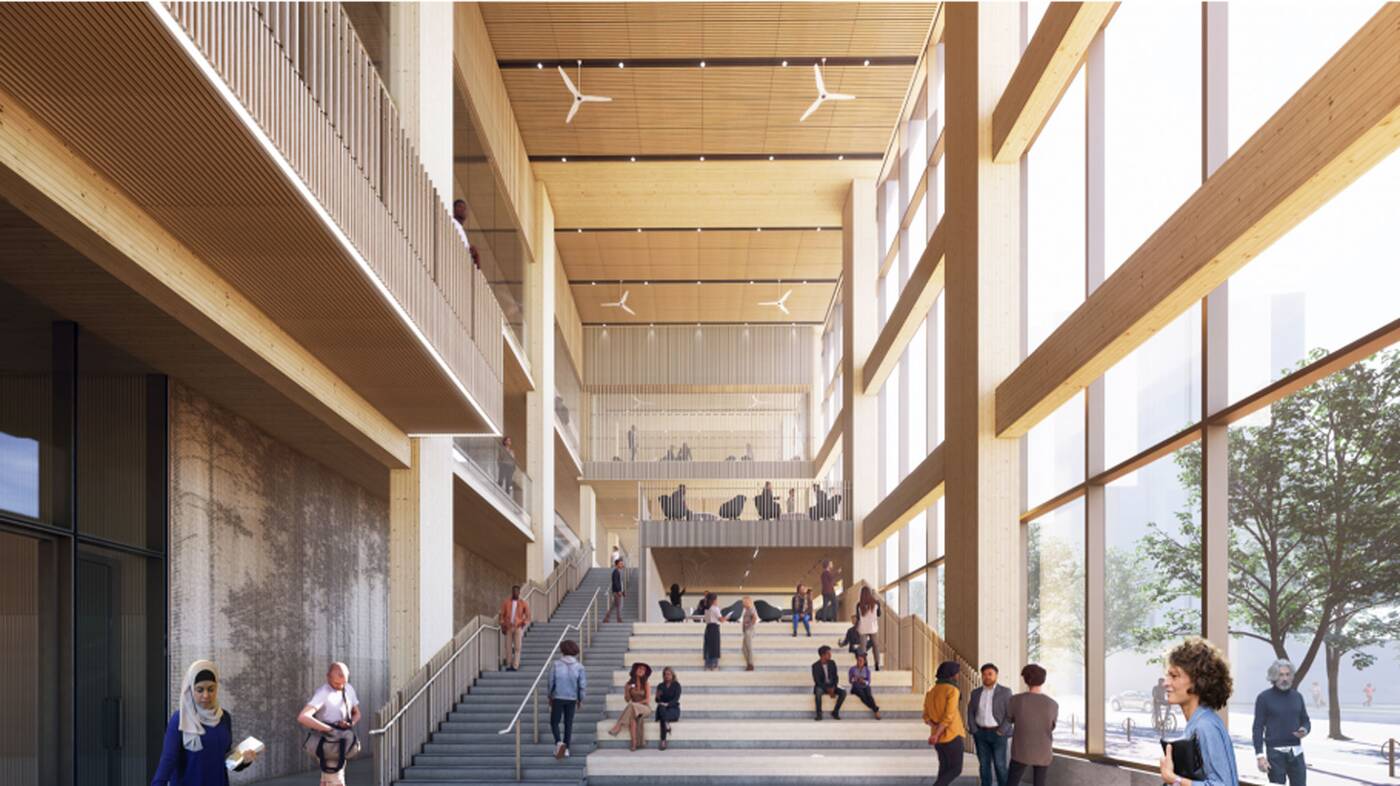 Limberlost Place's large staircase and atrium will act as a gathering space.

And the building's green contributions are evidenced in some pretty outrageous statistics. The building's over 15,500 cubic metres of wood products will trap almost 13K metric tonnes of carbon dioxide and prevent nearly 5K metric tonnes greenhouse gas emissions, equivalent to taking 3,740 cars off the road for a year.

It will accomplish this with some high-tech methods, including solar chimney systems, rooftop photovoltaics and deep-water cooling that harness natural energy from the sun and lake.

Not only will the building physically contribute to a greener city, but it will also help train a future generation to fight climate change. 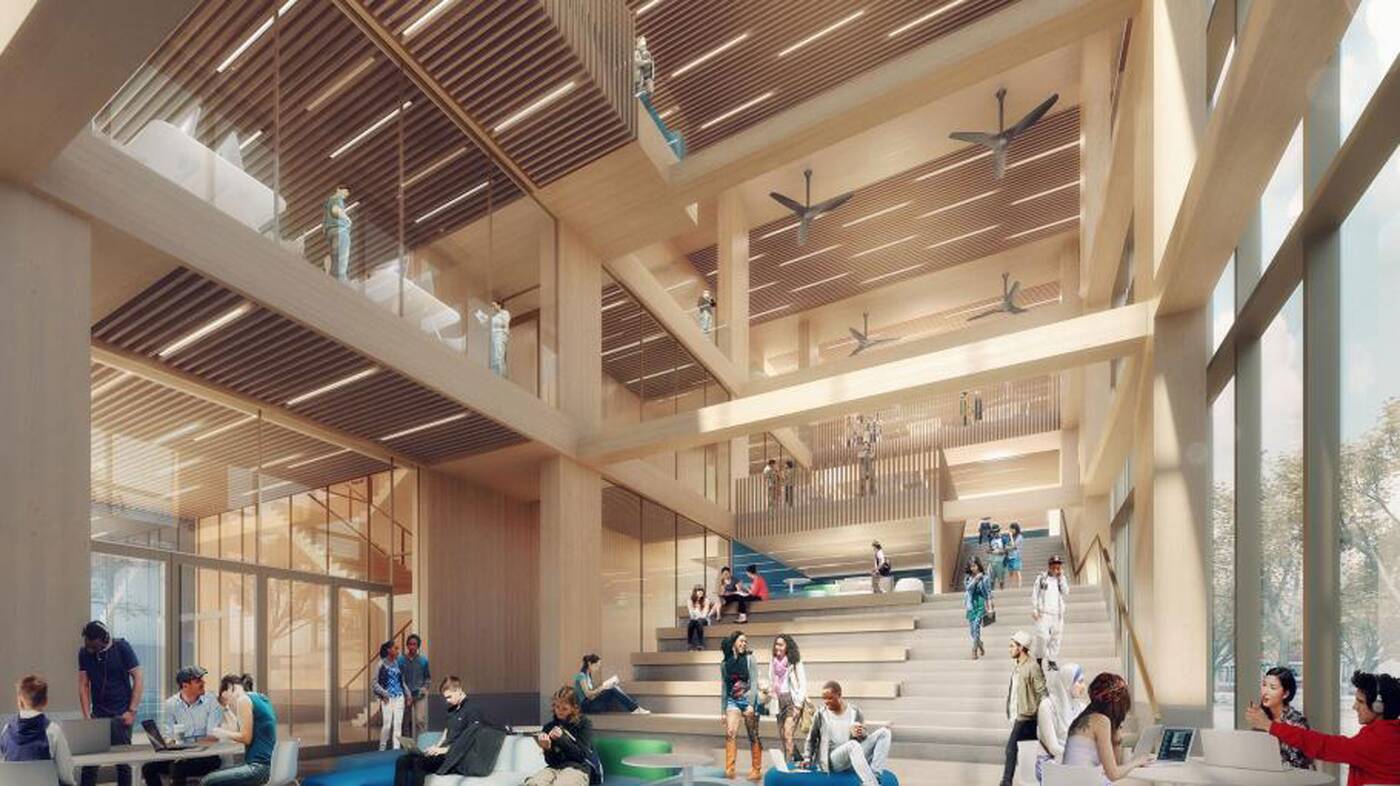 Even interior spaces at Limberlost Place will be defined by wood.

"This signature building not only represents an important addition to George Brown's waterfront campus, but also signifies its strong commitment to sustainable development with its innovative design and extensive use of natural building materials," said key donor Jack Cockwell.

Limberlost Place is scheduled to be complete by summer 2024.