Reborn from a 60s hippie haven into Toronto's answer to Rodeo Drive and Fifth Avenue, the Yorkville area is changing yet again in the 21st century.

A wave of condos is bringing a permanent residential presence to the neighbourhood, but it's coming at the cost of existing buildings.

Another Yorkville property is now officially on the chopping block, developers recently proposing to replace an office building at 69 Yorkville Avenue with a towering mixed-use building that would bring even more pricey luxury condos to the area.

Owned by Cheong Family Holdings Ltd., the site is currently home to a four-storey office property. The owners want to replace this building with a 29-storey tower with a futuristic design by JET Design Architect, defined by a cascading pattern of treed terraces. 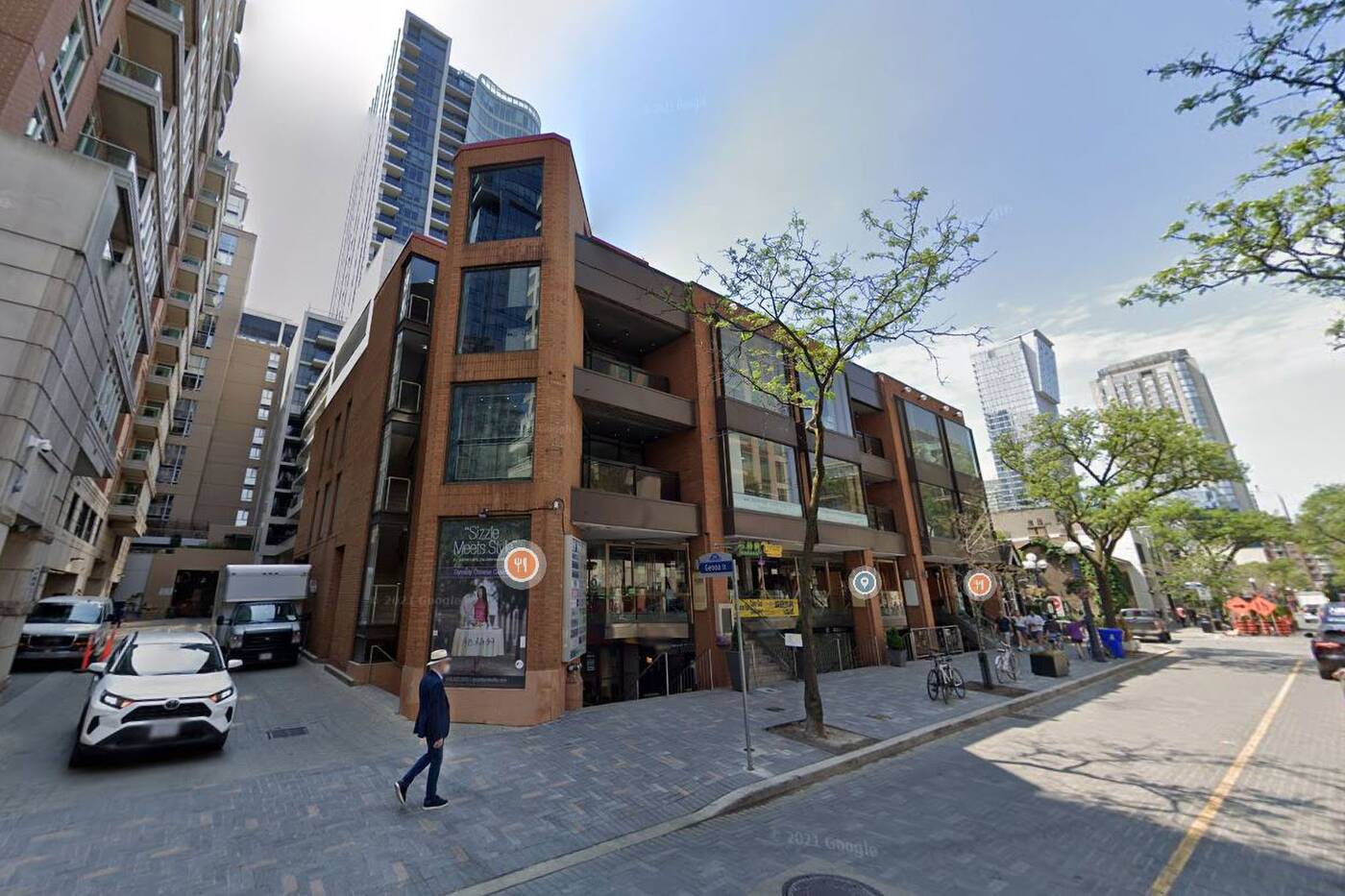 The tower base would wrap around the corner building at Yorkville and Bellair, home to Trattoria Nervosa, with an amenity terrace overlooking Bellair Street, standing in place of a small strip of businesses including the current Coco Espresso Bar. 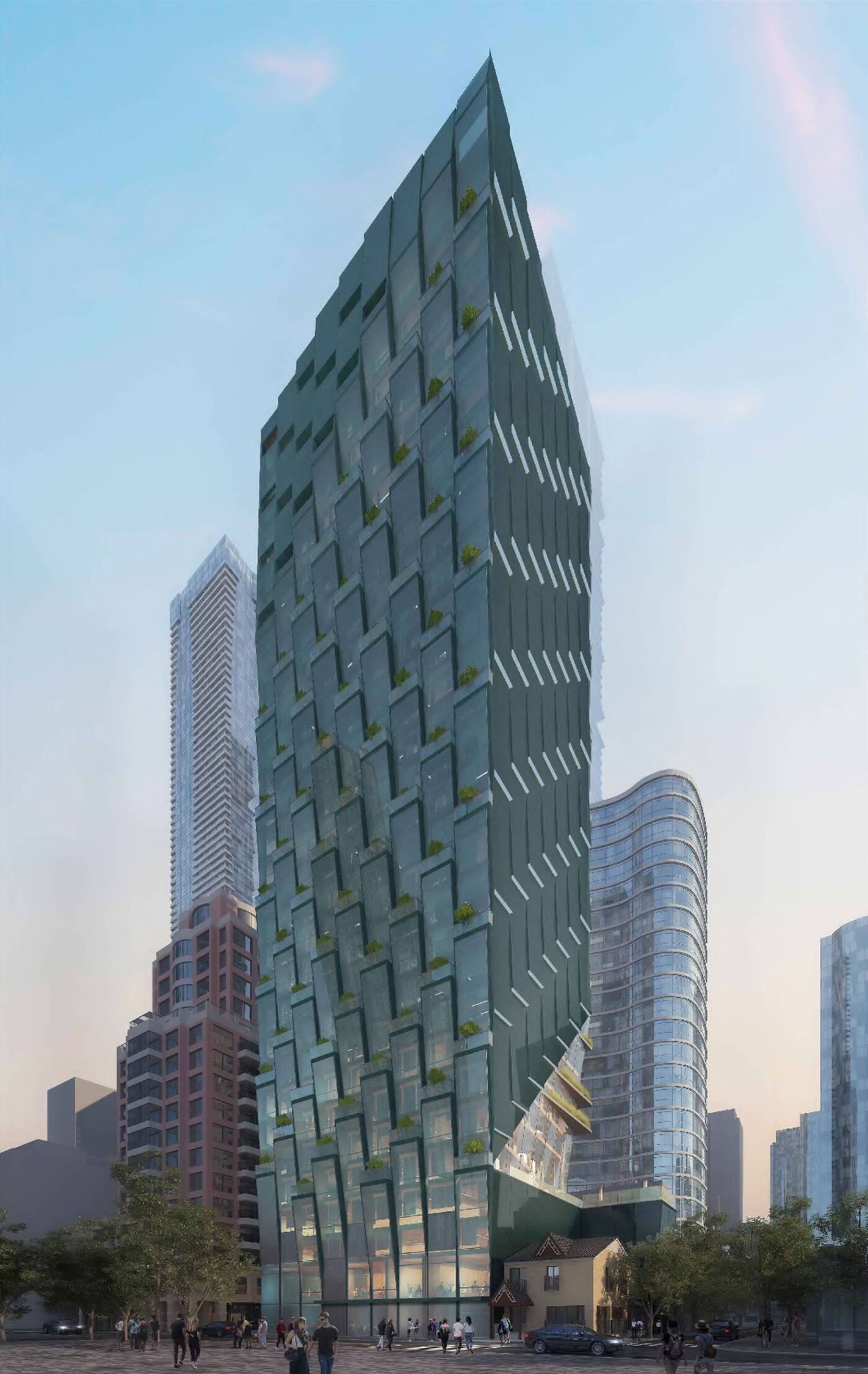 The base of the building would wrap around the business at the corner of Yorkville and Bellair. Rendering by JET Design Architect.

Residents using this amenity deck would be treated to a colourful space overlooking the street scene of Bellair below, but this wouldn't be the only colourful outdoor amenity on tap. 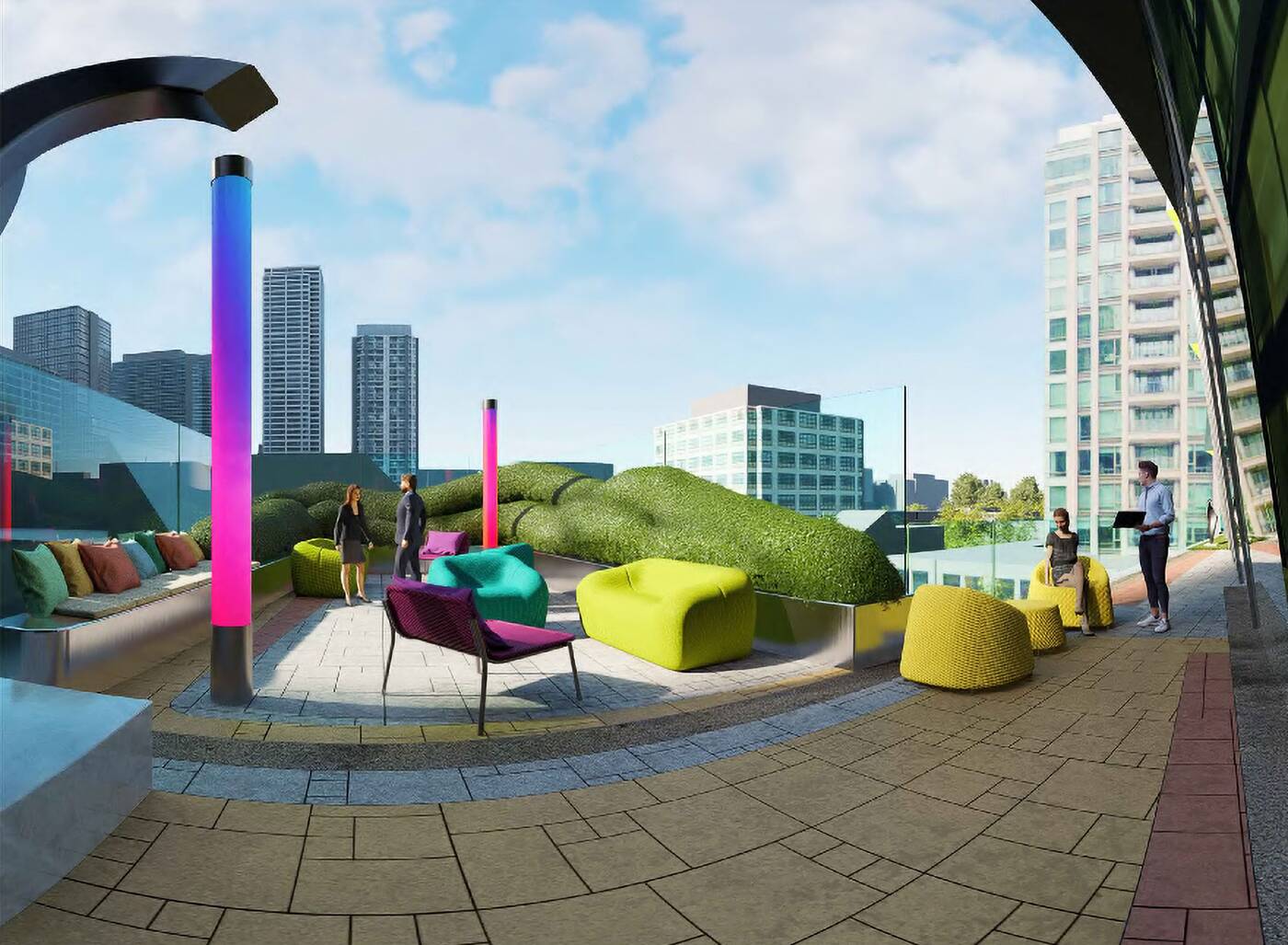 Roughly 100 metres up in the sky, a second rooftop outdoor space would offer up some outstanding city views. 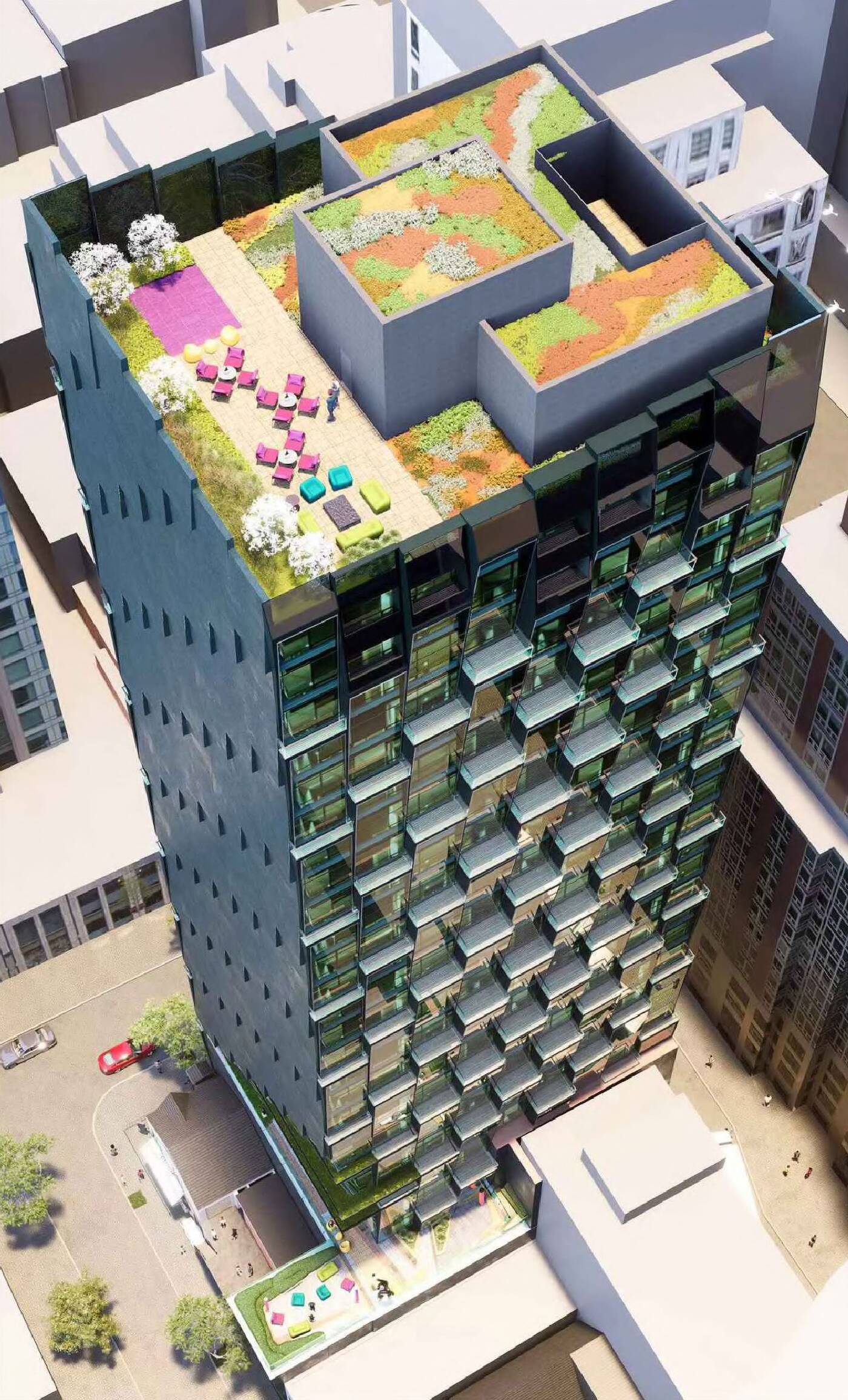 A rooftop outdoor amenity would offer even better views from above the 29th floor. Rendering by JET Design Architect.

Anchoring the condos to the street scene of Yorkville Avenue, the building base proposes 148 square metres of retail space at street level, as well as 1,293 square metres of office space on the floors above.

Yorkville will get 143 condominium units if the current plan is approved, with 42 one-bedroom units and a generous count of multi-bedroom units, including 82 two-bedrooms and 19 three-bedrooms. 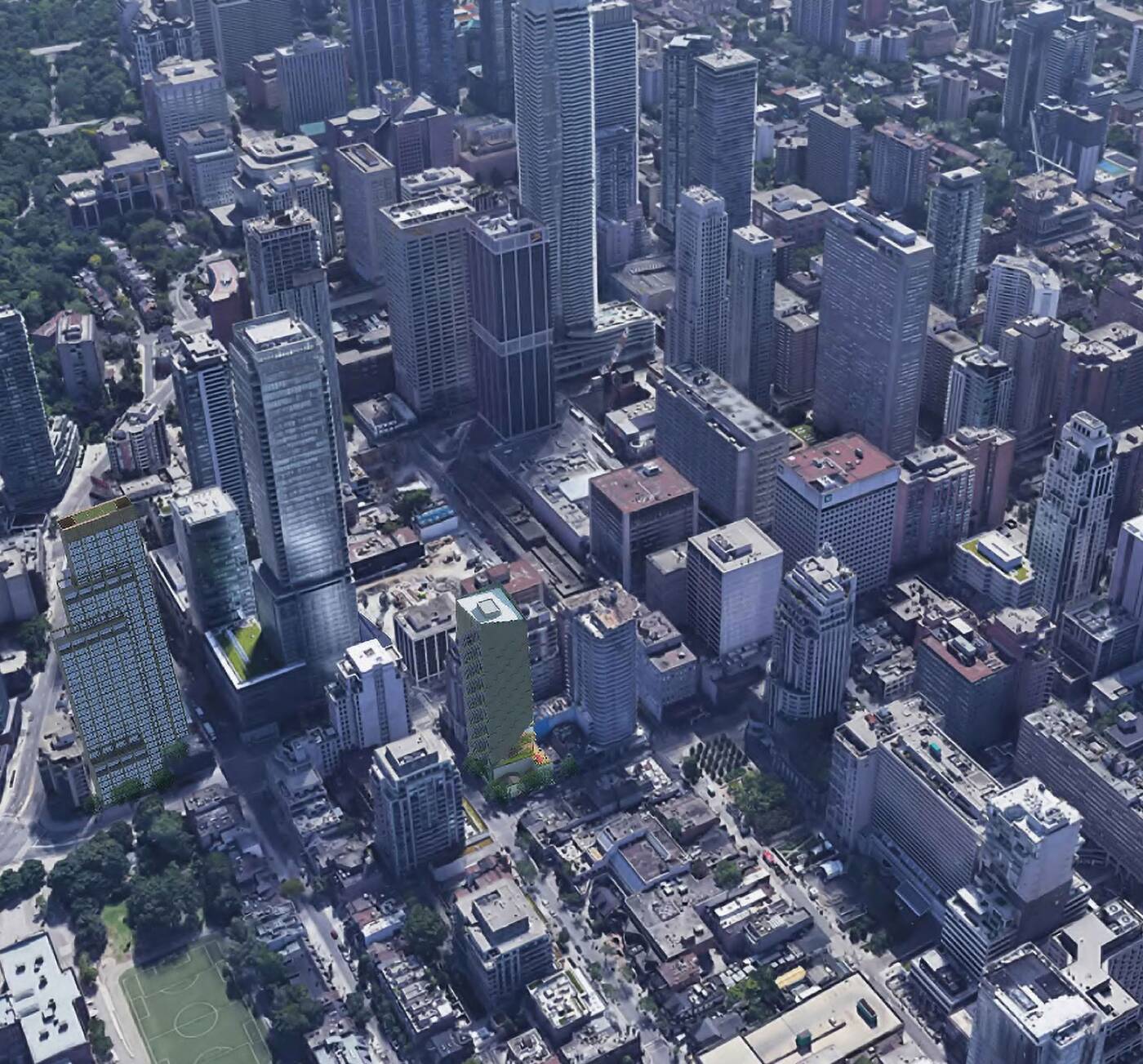 Aerial view of the proposed tower in context. Rendering by JET Design Architect.

Despite having a subway station only about 85 metres from the development site and 155 bicycle parking spaces in plans, the proposal includes a baffling 95 vehicle parking spaces, with 77 earmarked for residents, 14 for visitors, and four for office tenants — likely an indication of the wealthy Yorkville types this tower will attract.

And while it's still far too early to ballpark how much units will cost here, the location and design alone are pretty good hints that this won't be an entry-level home purchase. So start saving up now!