There are new images of one of the city's most radical new buildings that may be transforming an entire block in Yorkville, replacing historical buildings.

Plans to replace a block of familiar Yorkville buildings at 33 Avenue Road with a mixed-use condo building have been in the works for several years.

The latest plans submitted to the City of Toronto seem to be a combination of sylvan and sleek. 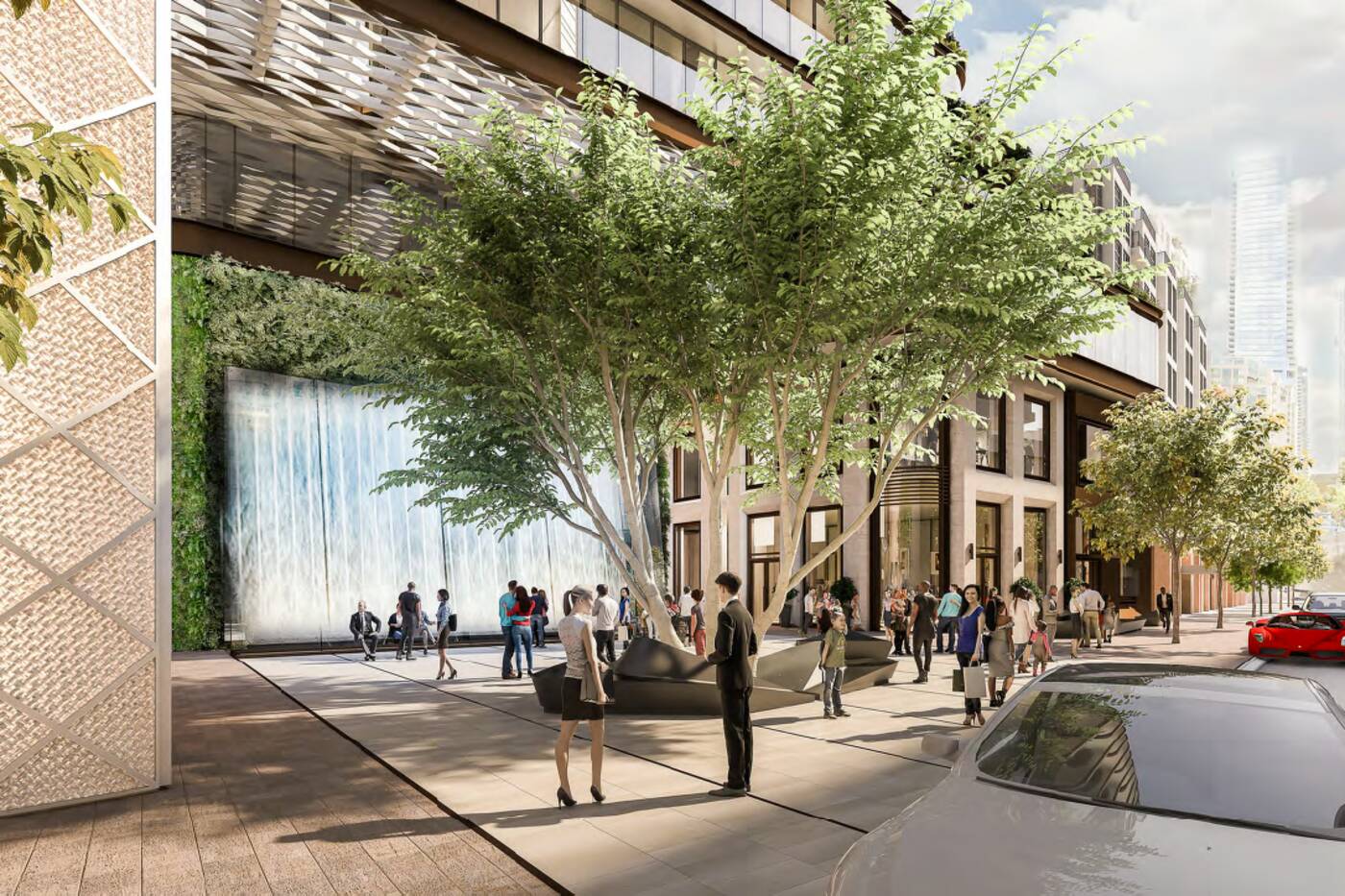 The development covers a large area from 33-45 Avenue Road and 136-148 Yorkville Avenue and would see at least partial if not full demolition of the York Square complex, which was a finalist for a Massey Medal for Architecture in 1970. 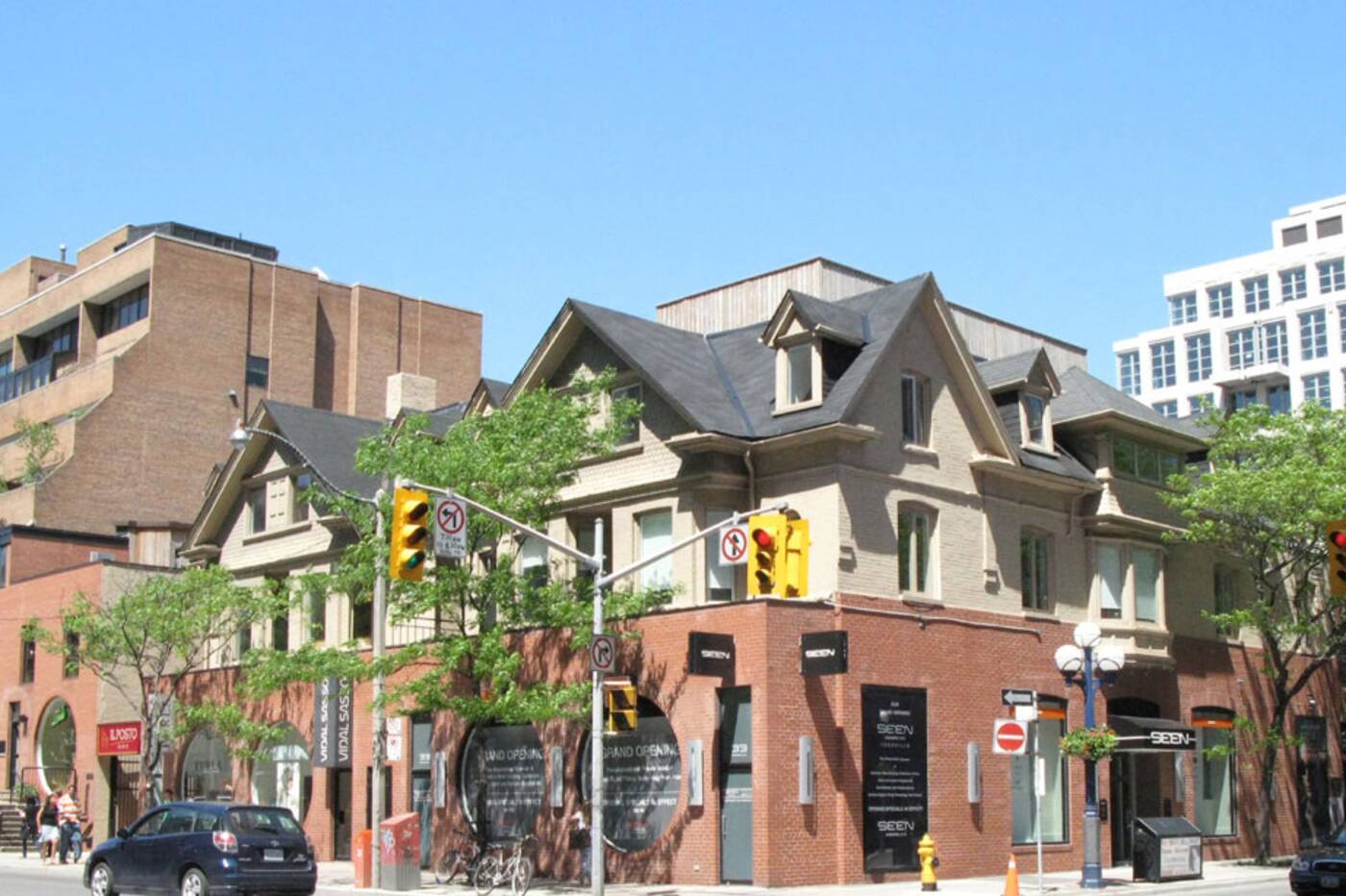 York Square is at risk of demolition for the new condo. Photo by Richard Longley ACO

The design of York Square is still lauded today as a prime example of the neighbourhood's transition from a historic village to a symbolic representation of Yorkville's heydey as a hippie hub in the 1960s, pre-Mink Mile.

The new proposal, if approved, would still be a 29-storey mixed-use building with a standalone retail space. 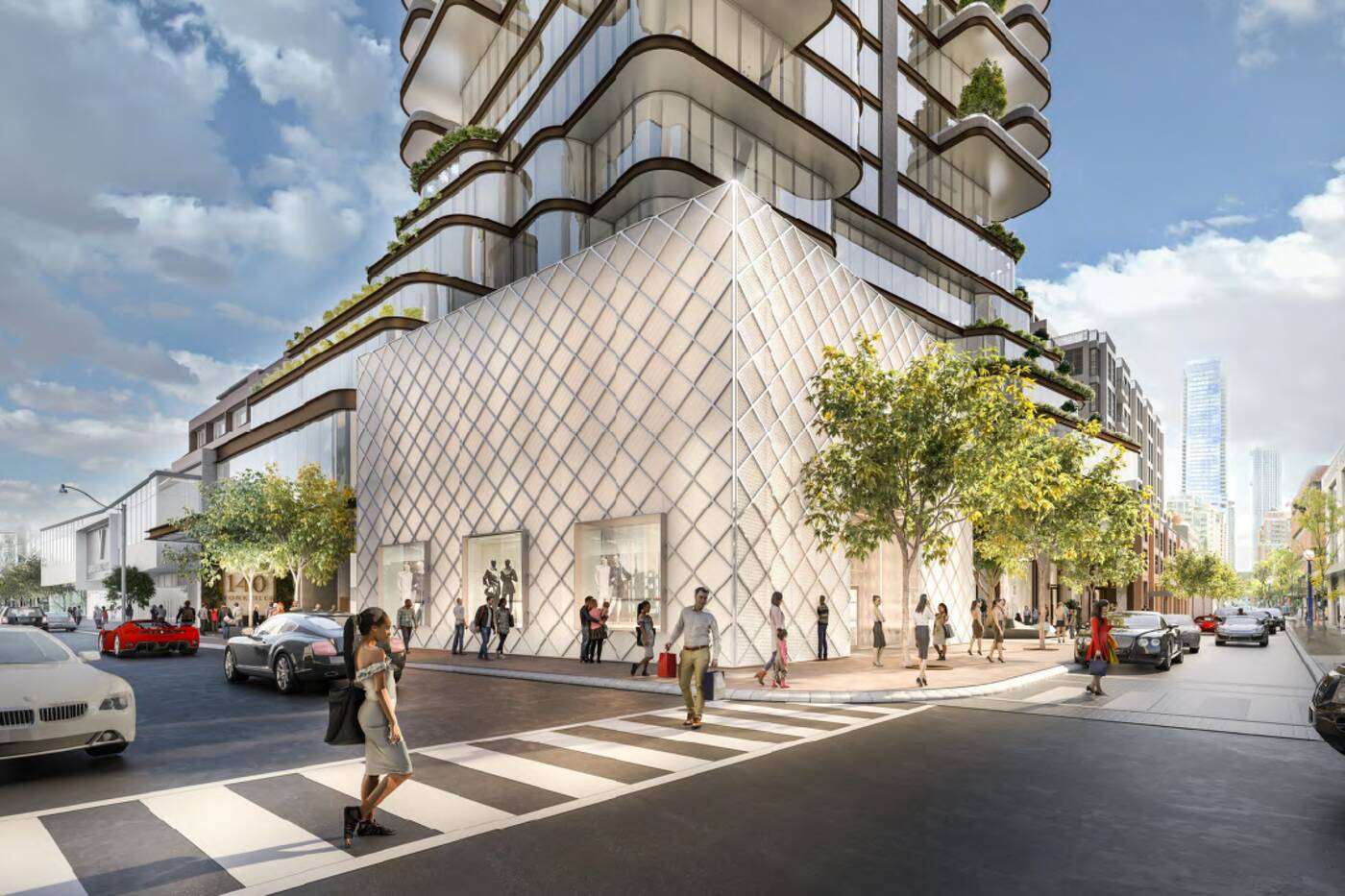 The standalone retail space known at the jewel box is at the corner of Avenue Road and Yorkville Avenue.

After receiving comments from the public and city council, changes to the project led by Brisbin Brook Beynon (BBB) Architects, include a decrease in the number of residential units from the previous 100 down to 78, and a reduction in the gross floor area. 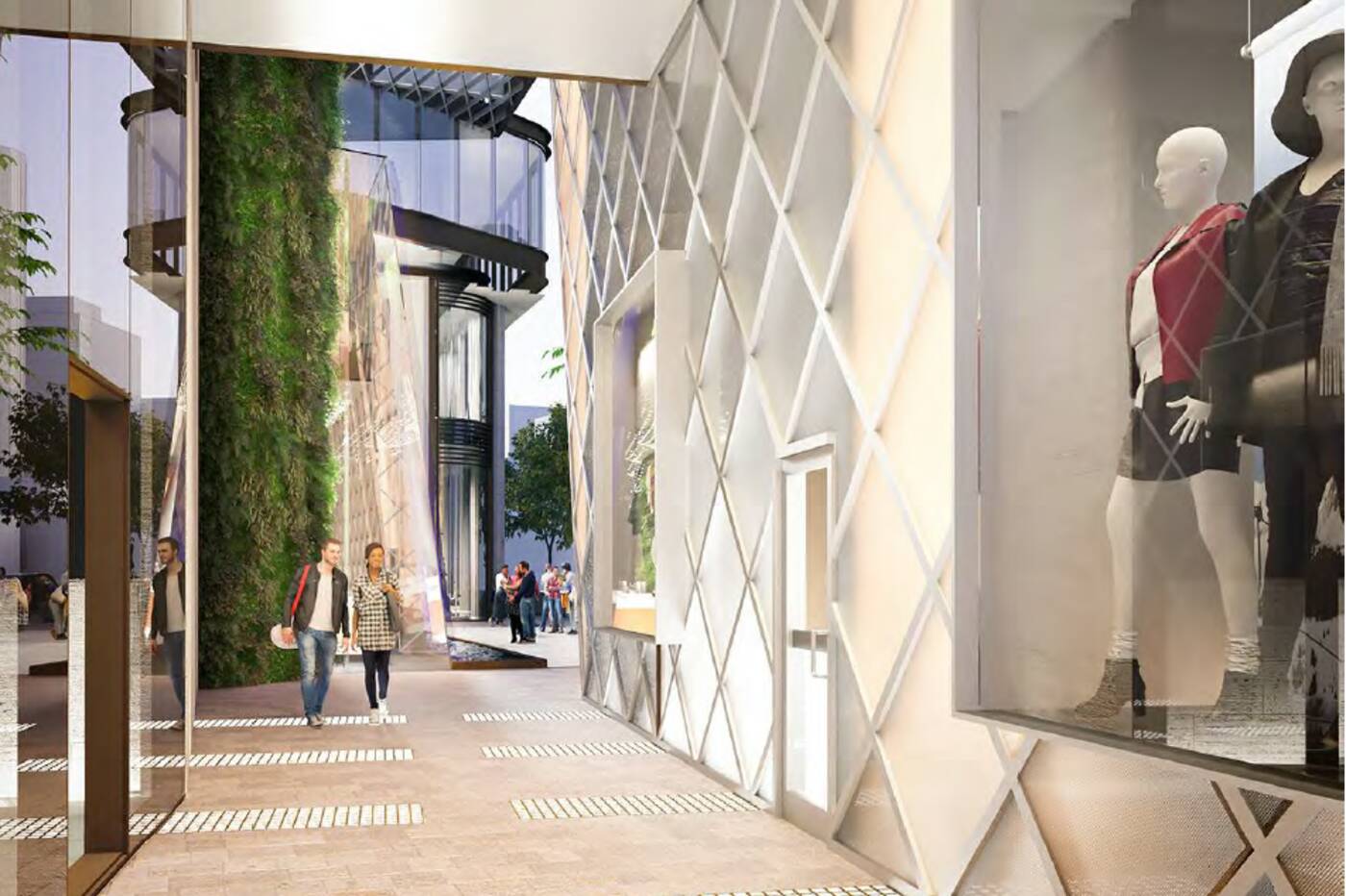 Plans include retail space on the ground floor.

The "vertical forest" element retained from the early designs would be accomplished with full-sized shade trees on the three-metre-deep balconies. An earlier design called for four-metre deep balconies but the size was reduced to be "less intrusive." 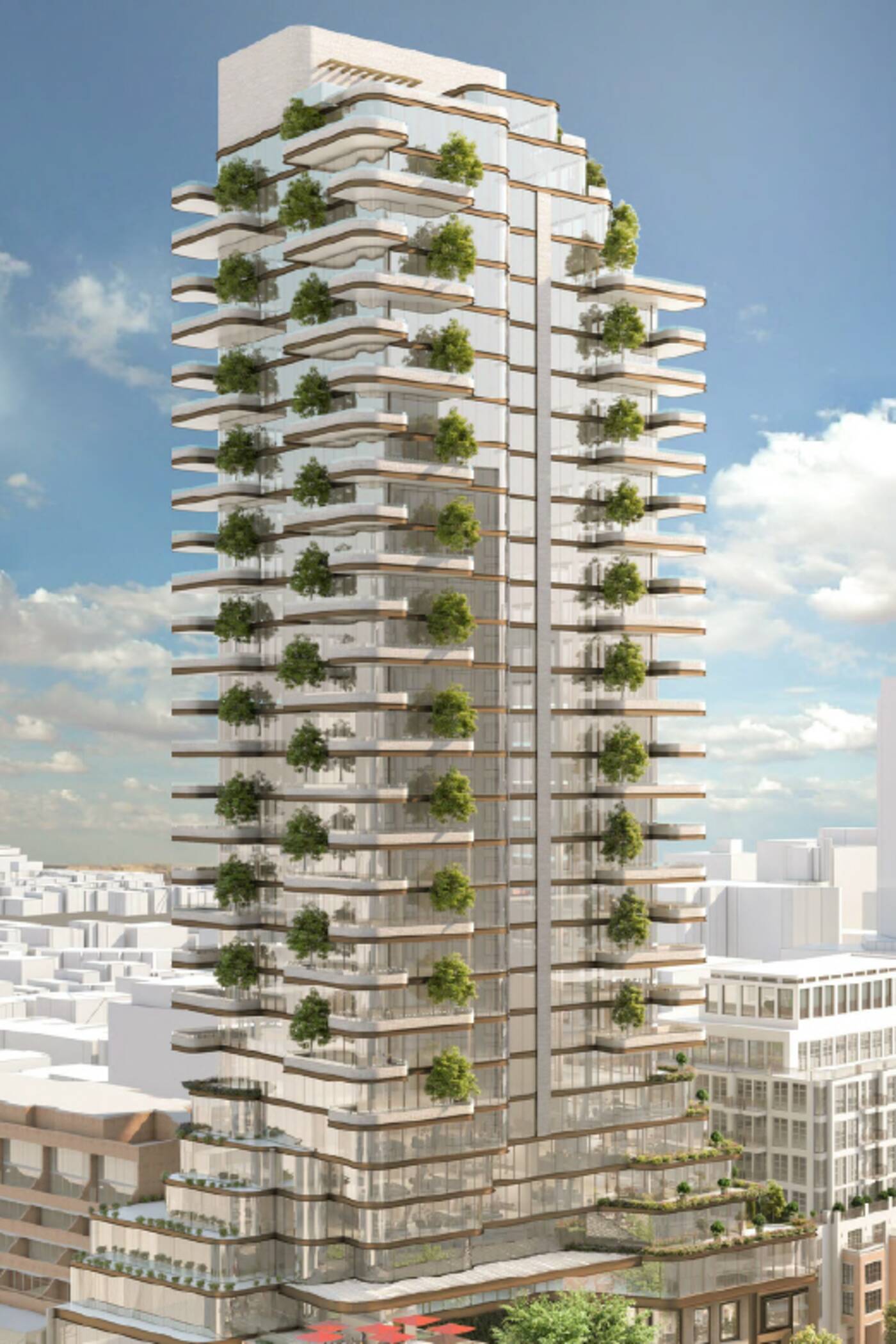 The four-level underground parking garage would have space for 187 vehicles (116 will have electric vehicle charging stations), along with 102 bicycle spaces. 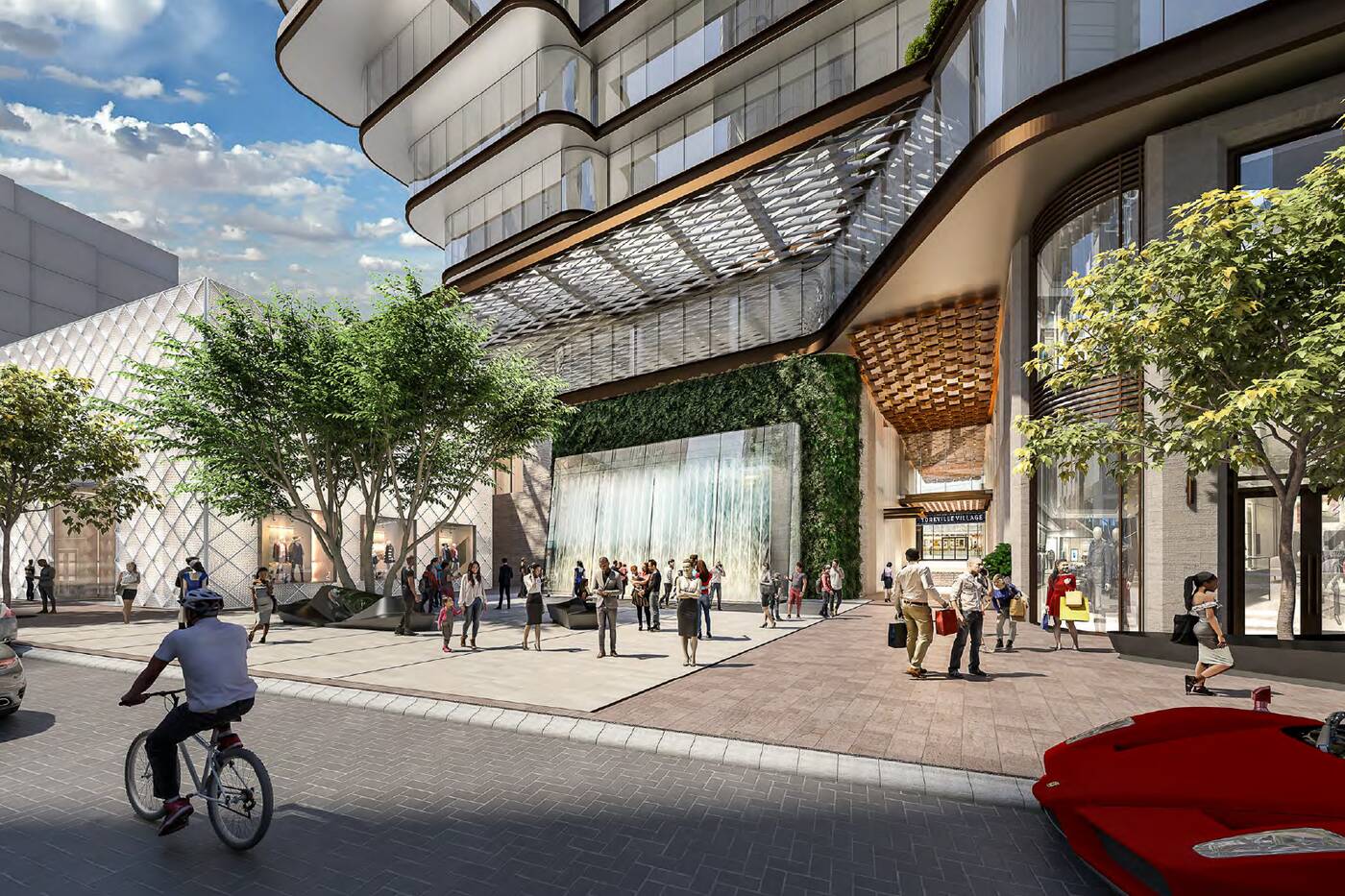 The plans are under review and no there are no public meeting dates on the project yet.

Renderings by BBB Architects via City of Toronto submission