This new Toronto condo proposal would tower over its neighbourhood

You might not like it, but Toronto is getting taller. New transit means new housing, and sometimes that means neighbourhoods have to grow vertically.

But try telling that to an entrenched community that has suffered through years of construction.

That's precisely the difficult discussion Sanderling Developments Limited might have to have with residents in midtown's Bayview and Eglinton area when their new proposal for a high-rise condo at 586 Eglinton Ave. E. reaches the public consultation phase.

Proposed in September, the plans seek rezoning to bring a 32-storey mixed-use office and condominium tower to the site just west of Bayview Ave., which would replace a current eight-storey office/medical building. 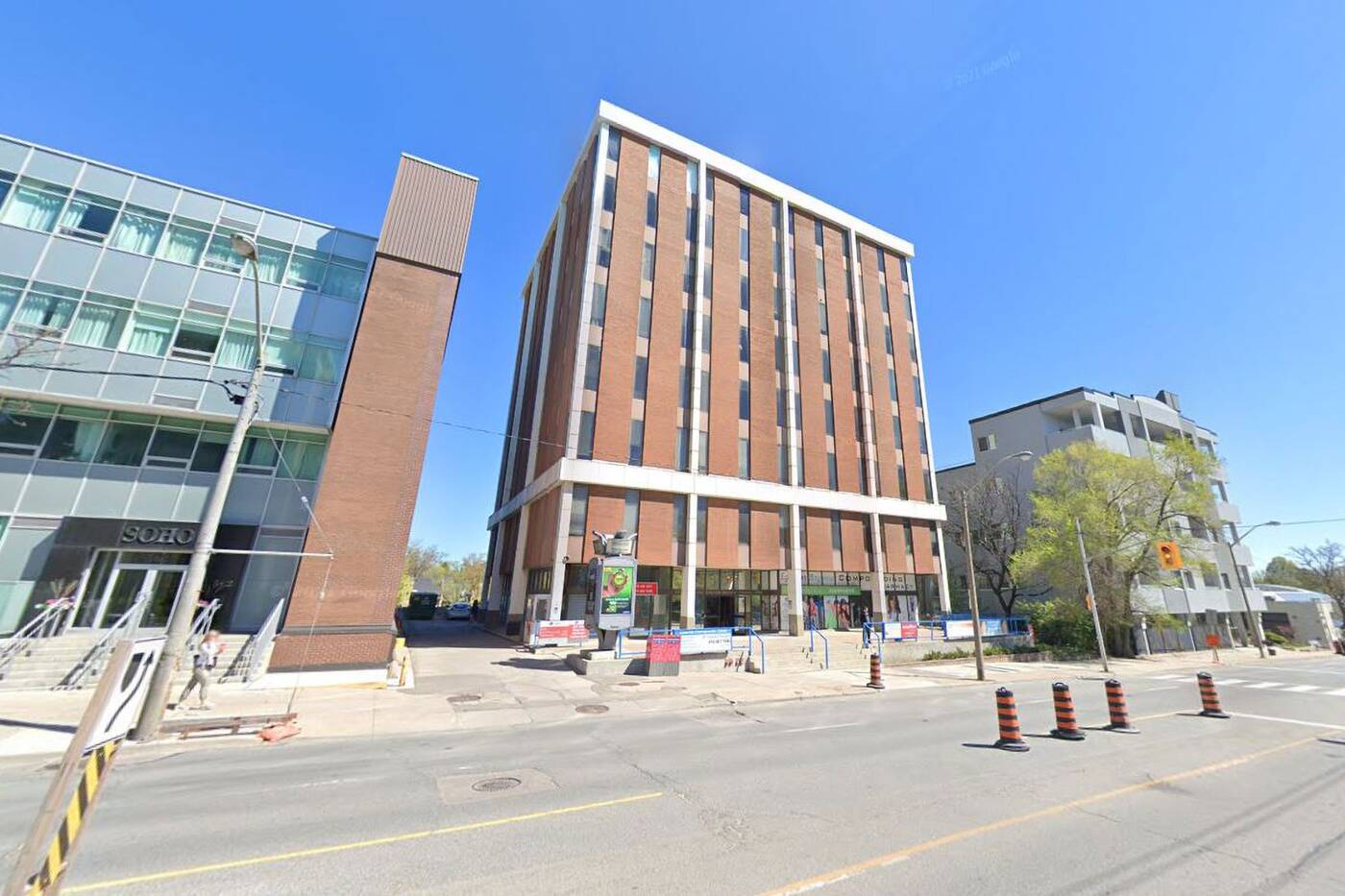 Looking northeast across Eglinton Ave. E. to the current eight-storey office building that would be replaced by the new condo tower. Image via Google Street View.

Rising just shy of 115 metres, this architects—Alliance-designed building would stand a good deal taller than anything planned or existing in the surrounding blocks. 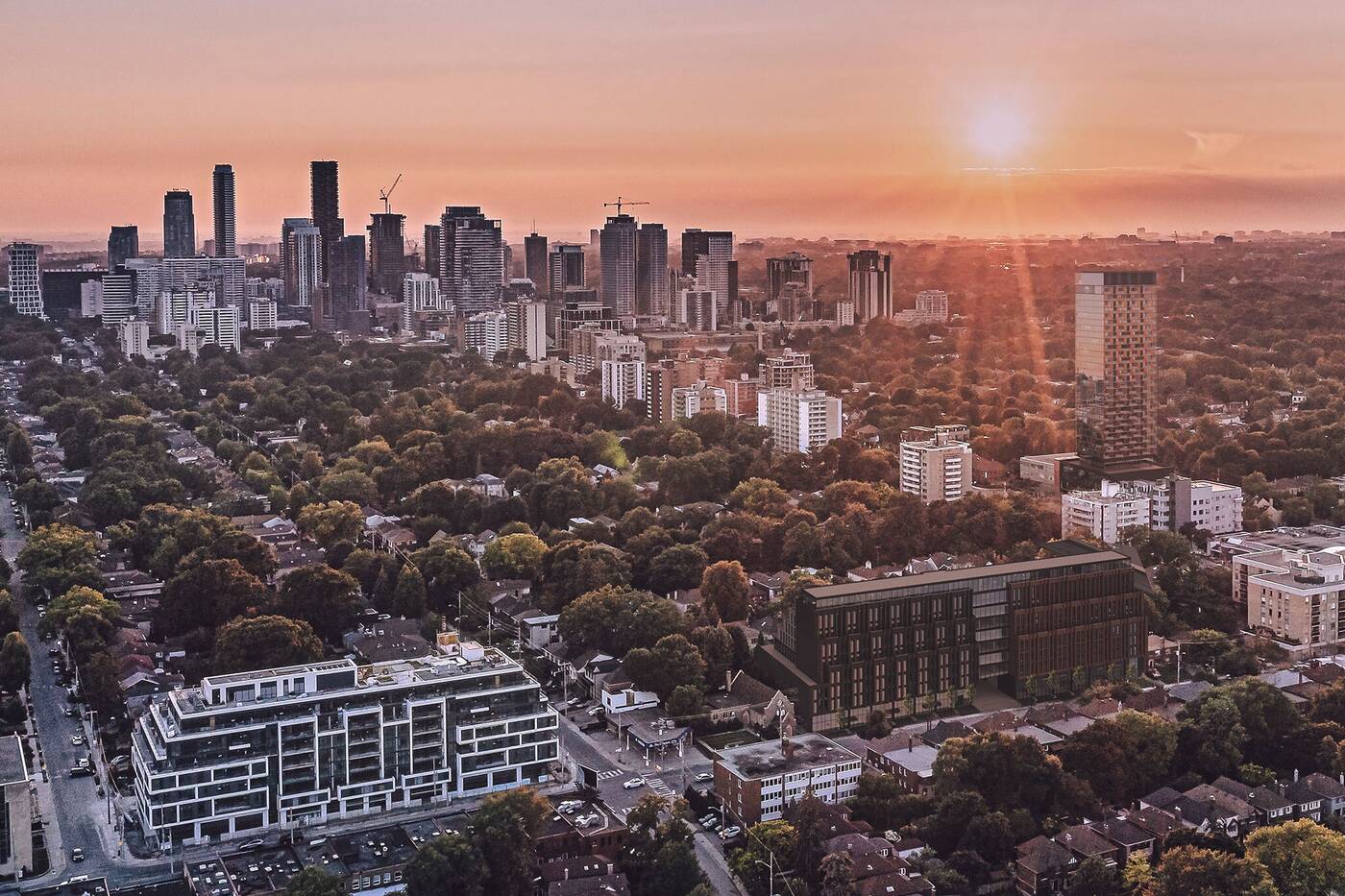 A fifth floor hosting indoor and outdoor amenities would divide the office podium from the residential tower above, which is proposed to bring another 249 condominium units to condo-fatigued midtown.

Soaring expanses of glass give the proposal a clean, minimalist look along its north and south facades, while the east and west sides are defined by cascading sawtooth-pattern glass balcony finishes.

Though they primarily face east and west, these balconies would jut out ever so slightly to offer views of the downtown skyline to the south and the North York skyline to the north. 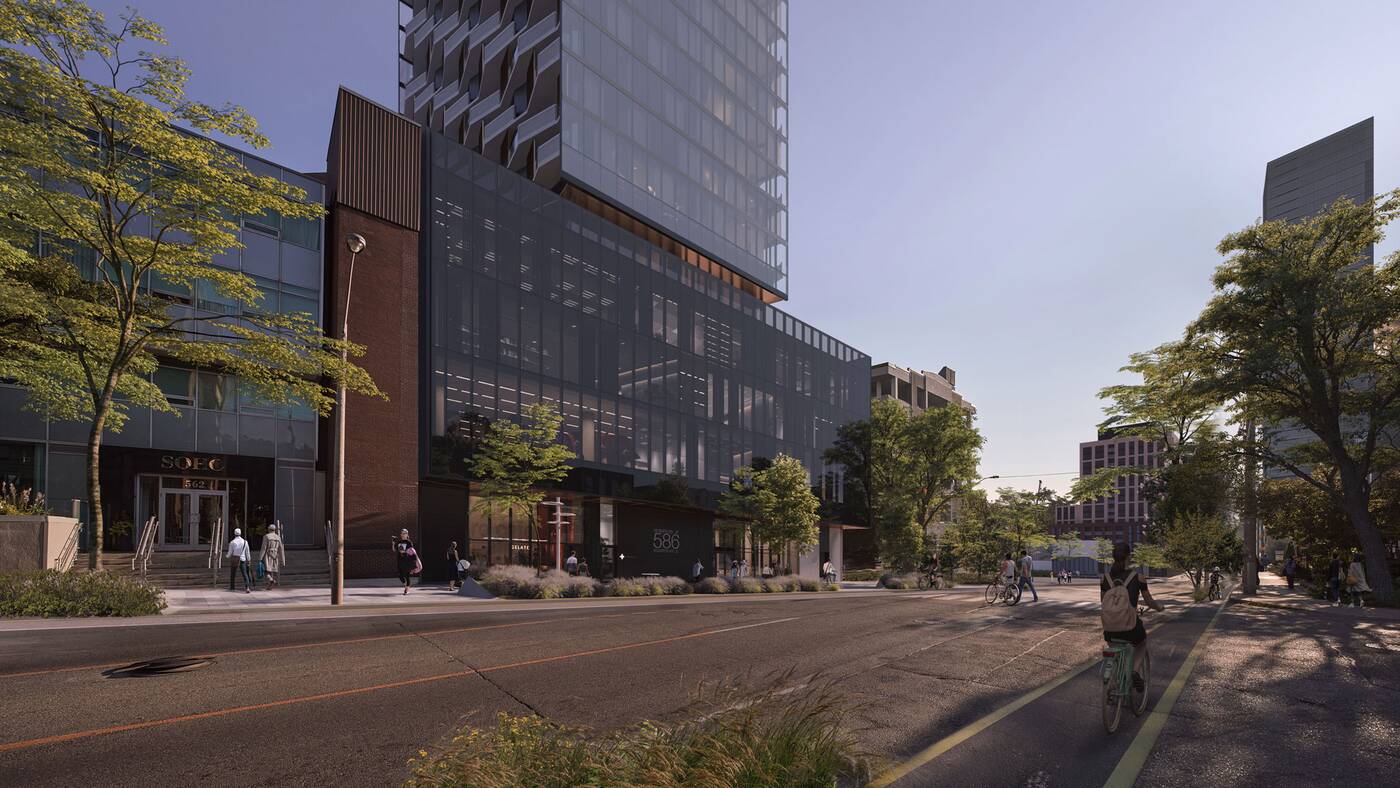 Like it or not, this type of rapid change is to be expected in the area, the coming Eglinton Crosstown LRT and a pressing citywide demand for housing both helping to catalyze levels of density far beyond the current conditions along the line's future route.

With a location on a major street just over 150 metres from the Crosstown's Leaside Station, it shouldn't come as much of a surprise that this type of height is being proposed.

And while other towers are planned or already under construction on the surrounding blocks, nothing quite this tall is in the works.

Even directly across the street, a relatively new proposal submitted in August at 537 Eglinton East is only seeking 22 storeys, a full ten floors shorter than what is being sought at 586 Eglinton.

The height may raise eyebrows, but those concerned about additional traffic spilling onto local streets will be relieved to hear that just 80 parking spots are planned for the development, a relatively low number considering the size of the tower.