In and amongst the McMansions of The Bridle Path is this modernist bungalow that defies expectations.

Listed for $14,850,000, 71 Park Lane Circle is a low profile residence that is integrated into a sprawling two acres of land.

The home, unlike many of its neighbours, eschews the oranate crown moldings, elaborate details and fussy embelishments for a clean minimalist look. 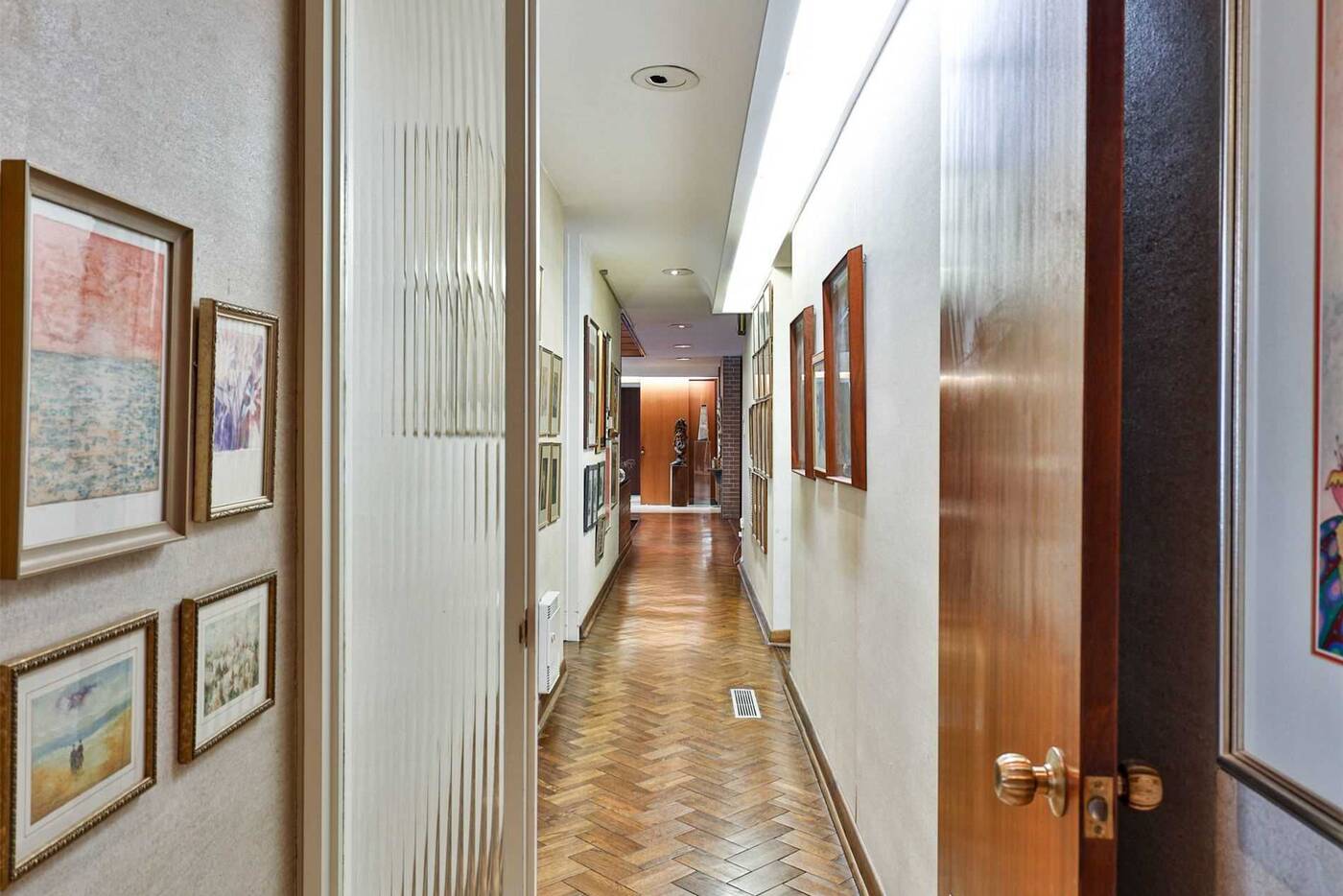 The hallway that connects the main living area to the four-bedroom wing.

But that is what modernism is all about. 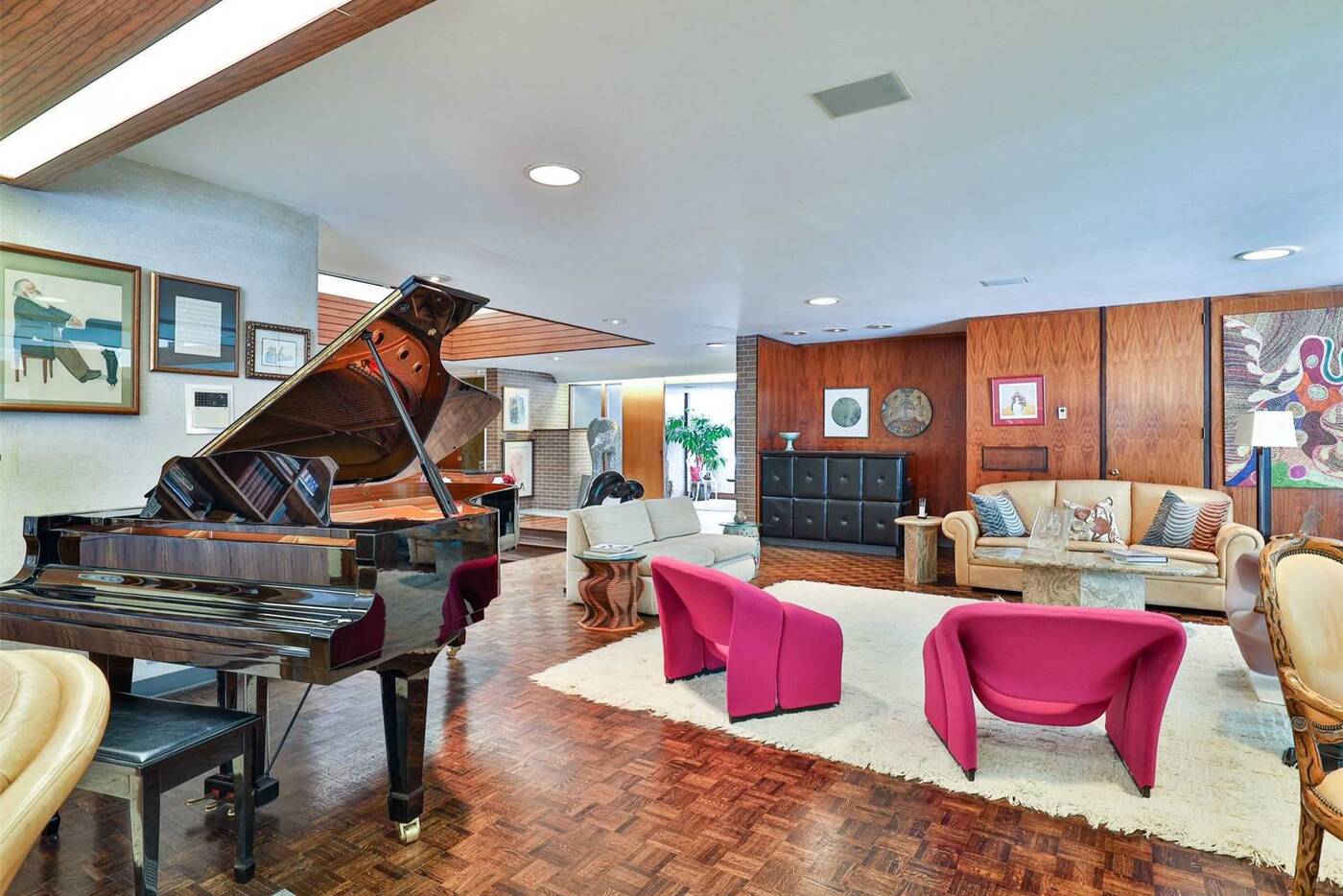 The open-concept layout for the principal rooms.

The style – which was popular between the 1930's and early 1960's – is characterized by an emphasis on volume, asymmetrical compositions, and minimal ornamentation. It's also known for it's functional design and open concept layout. 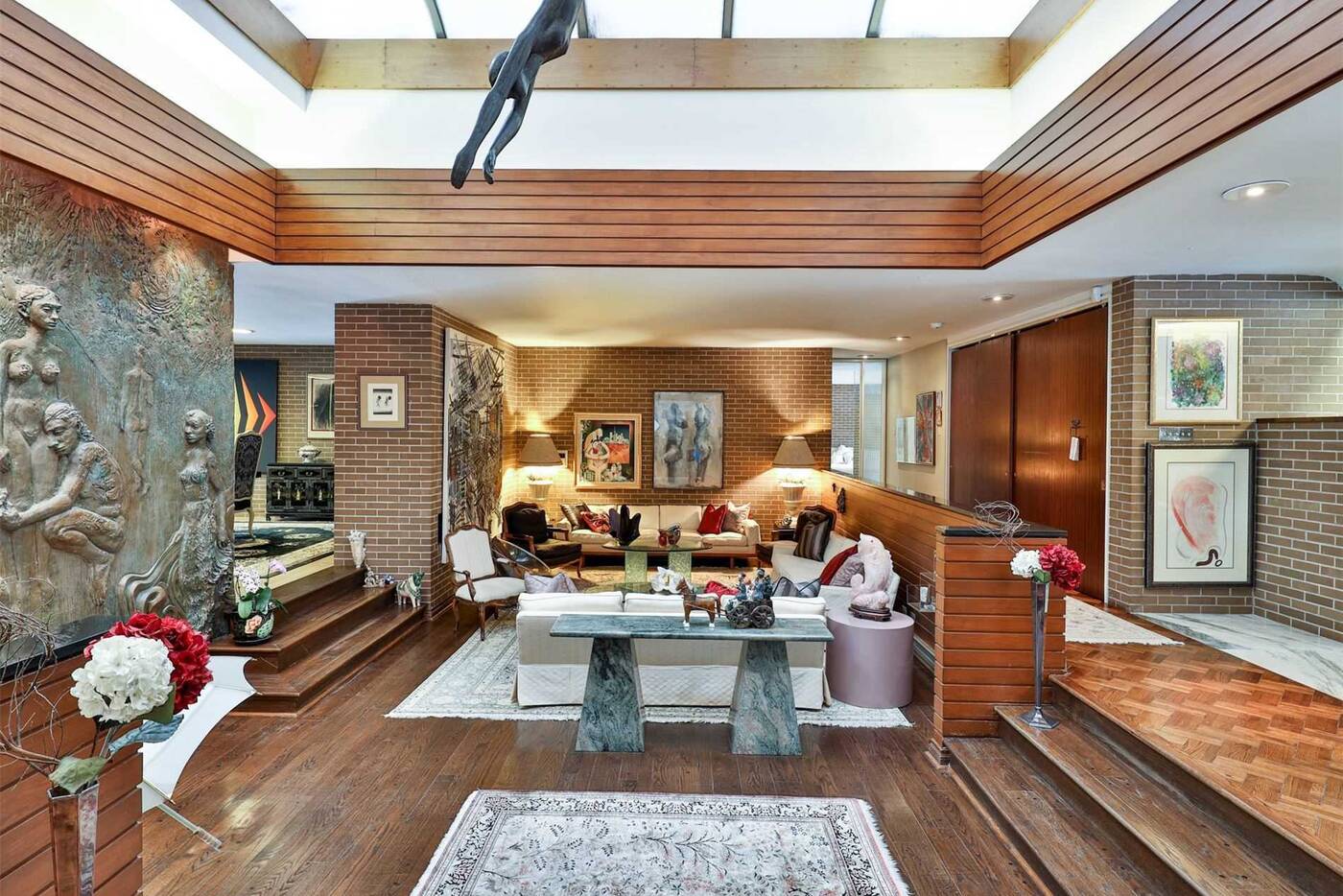 You'll notice this most acutely in the foyer that leads into a 16-foot high atrium that's flooded with natural light. 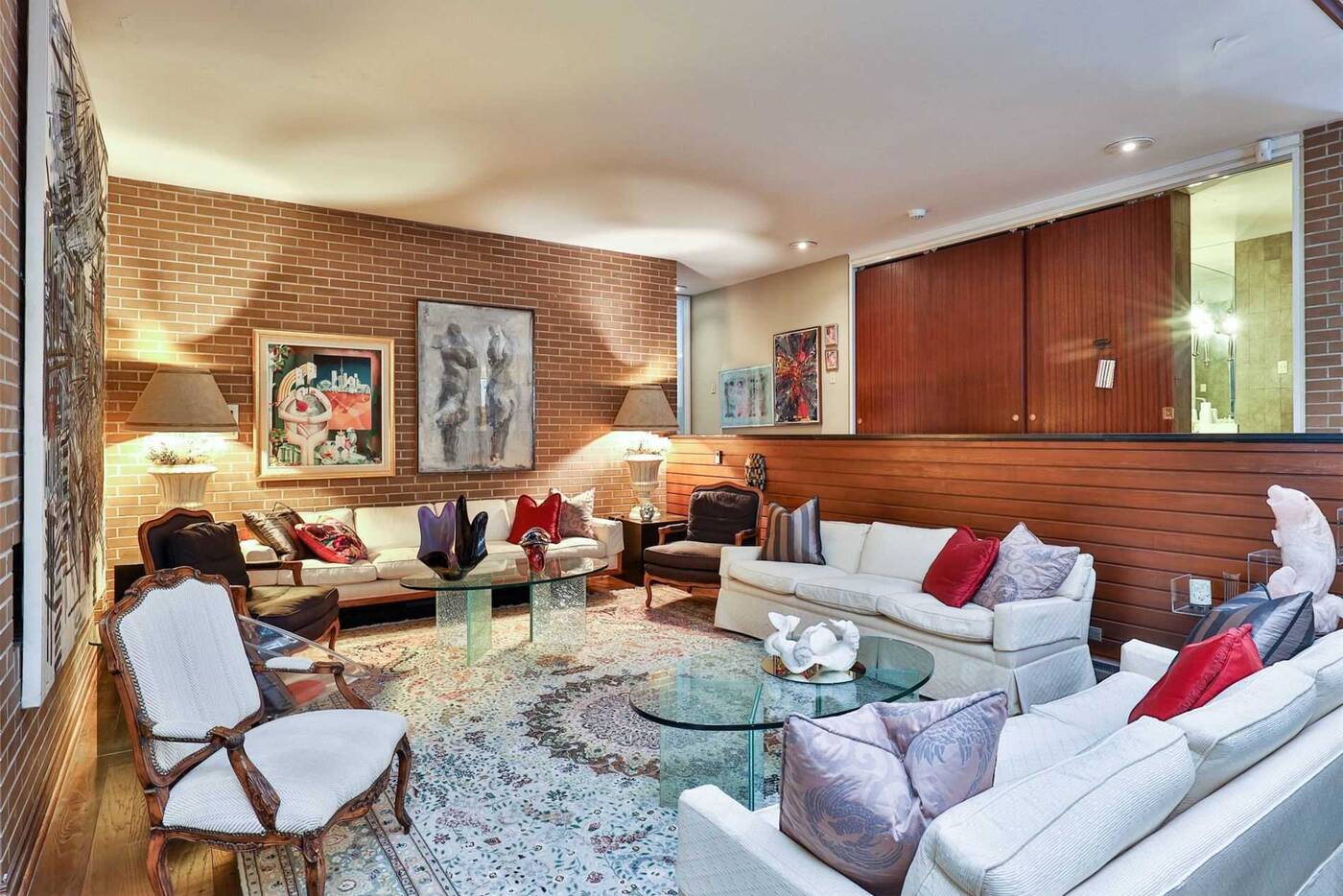 The living room is cozy and relaxed.

The principal rooms are open concept and the interiors are very reminiscent of the 60's , especially the sunken living room. 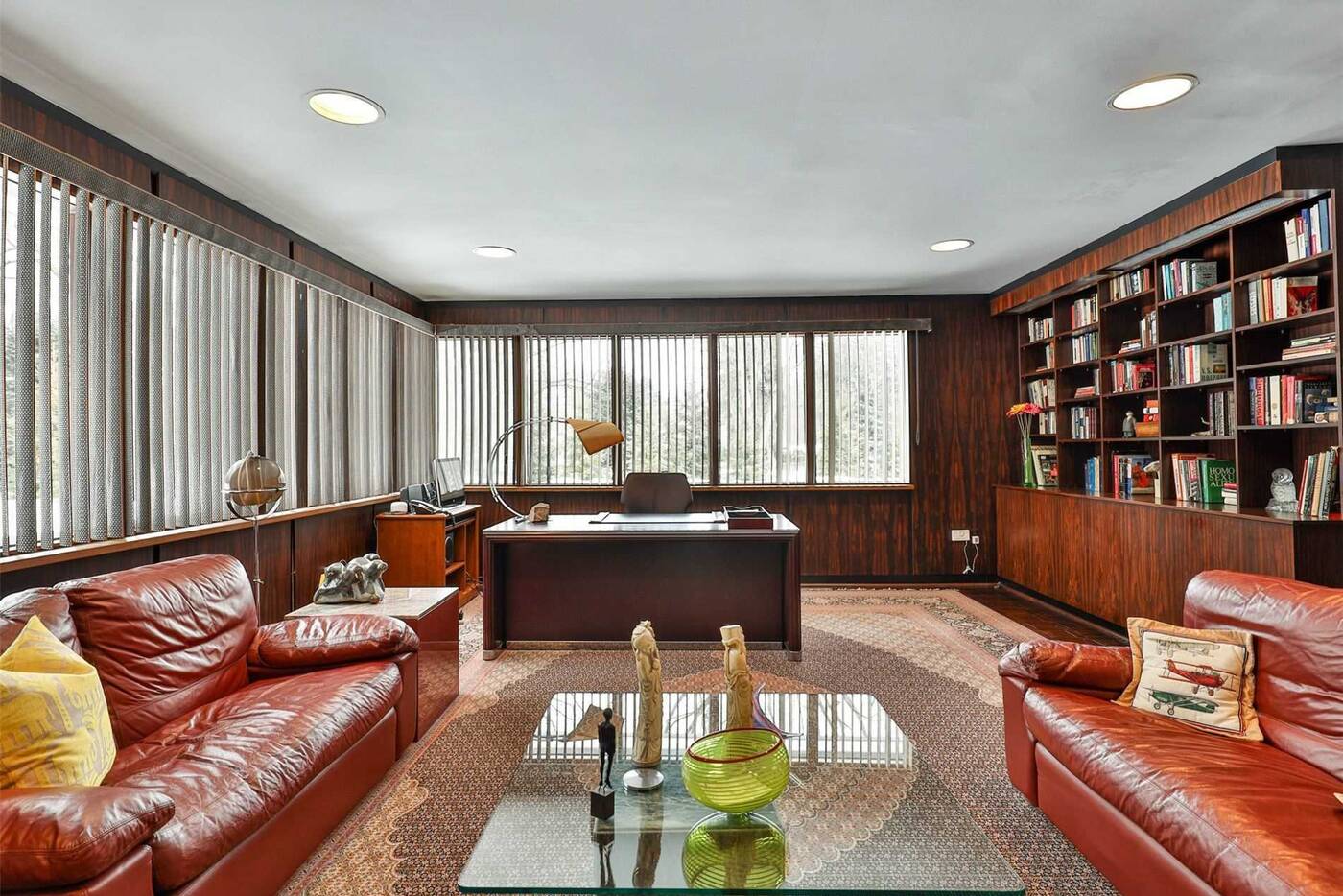 The library with ribbon windows. 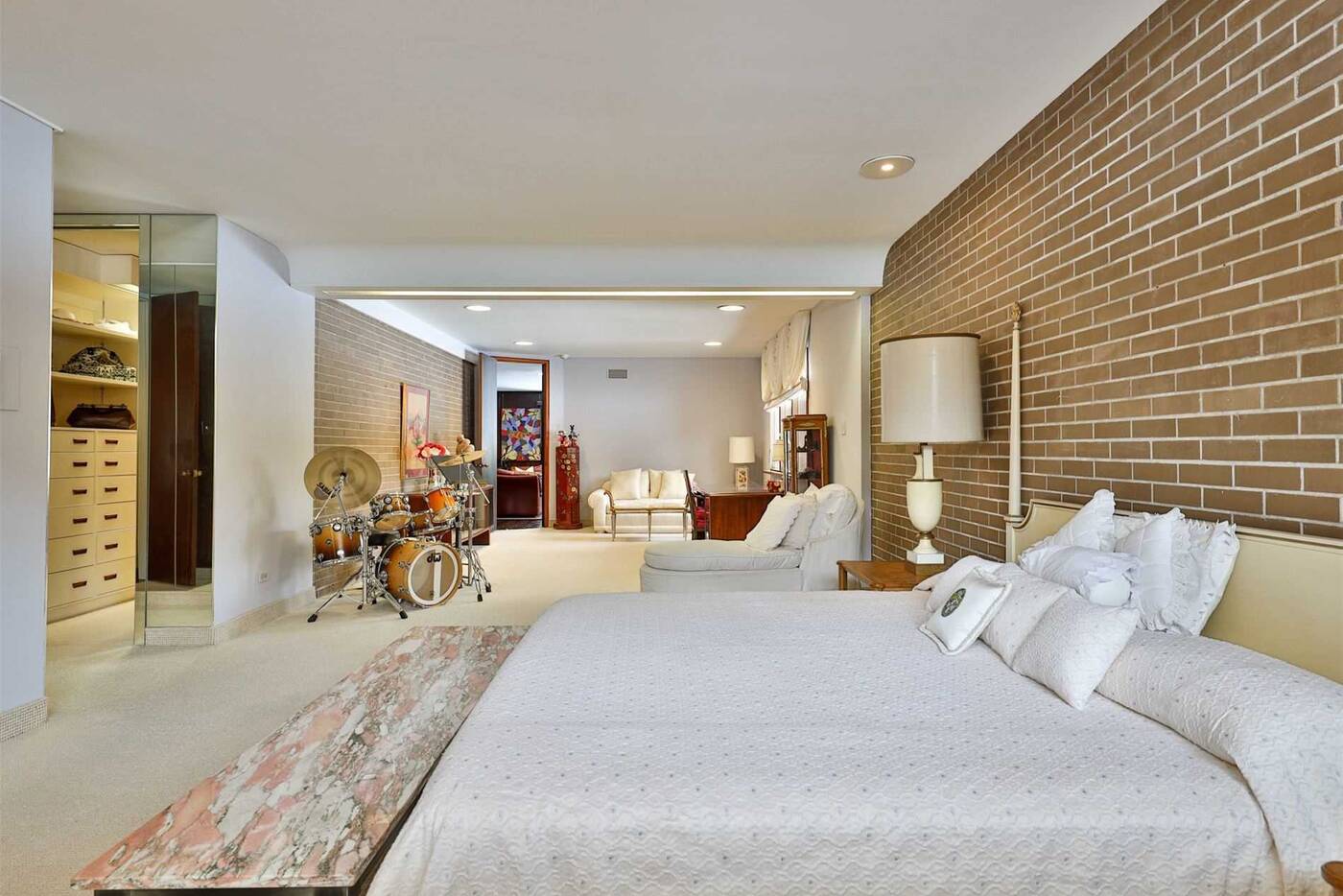 The principal bedroom has plenty of space and an exposed brick wall.

The principal bedroom has a dressing room, sitting room, ensuite bathroom and a library. 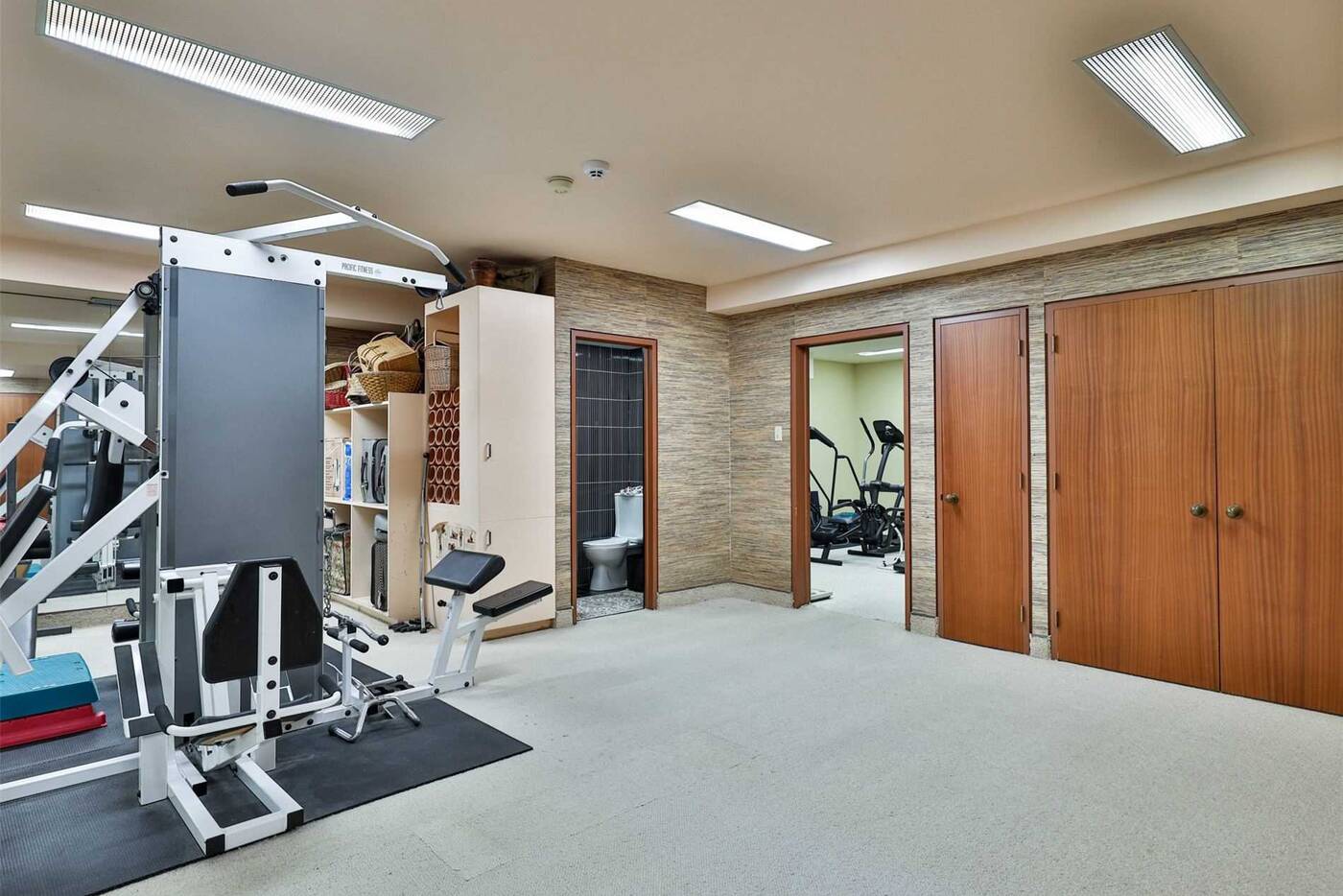 The home gym on the lower level.

The home is also cool in that all 8,180 square-feet of living space are on one level. 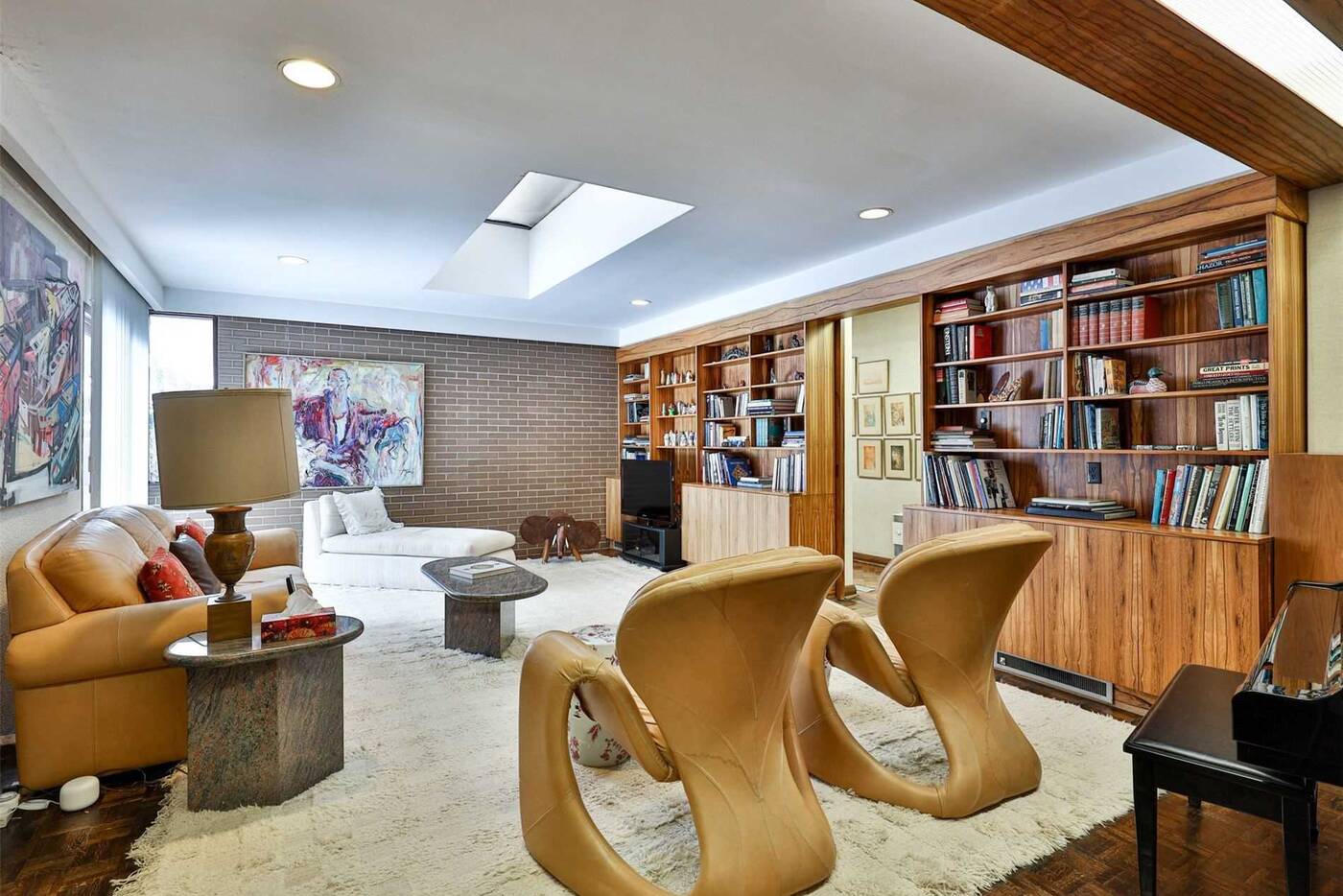 The touches of exposed brick, wood panelling and geometric forms throughout the house add plenty of character. 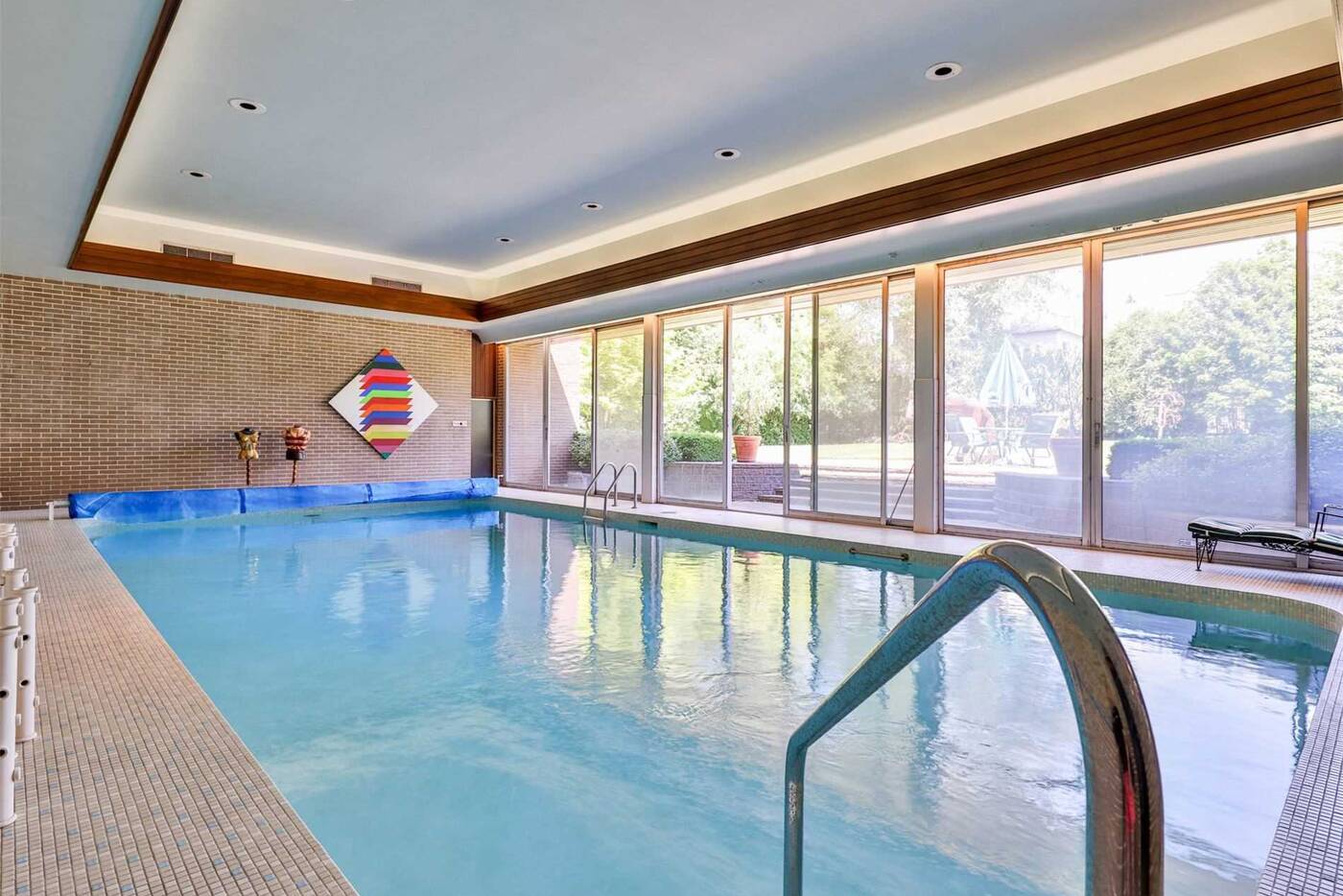 The 40 by 20 foot indoor pool with glass walls.

The home also has a gym and an indoor pool that walks-out onto a sheltered patio like other multi-million dollar homes, just in case you were wondering what the $15 million price tag was all about. 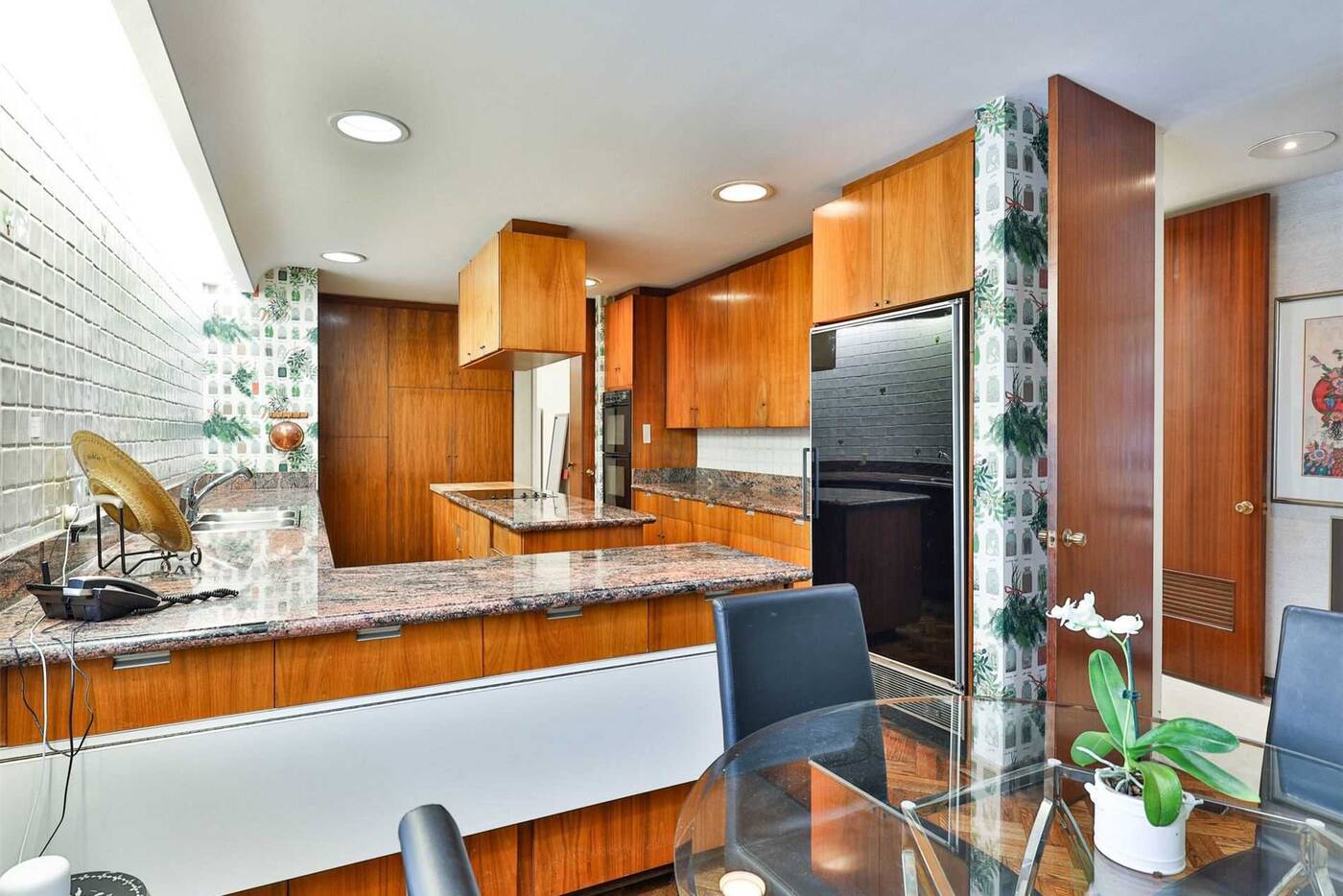 While architecturally unique this home doesn't have a heritage designation yet but it's definitely on the Toronto Architectural Conservancy's radar. 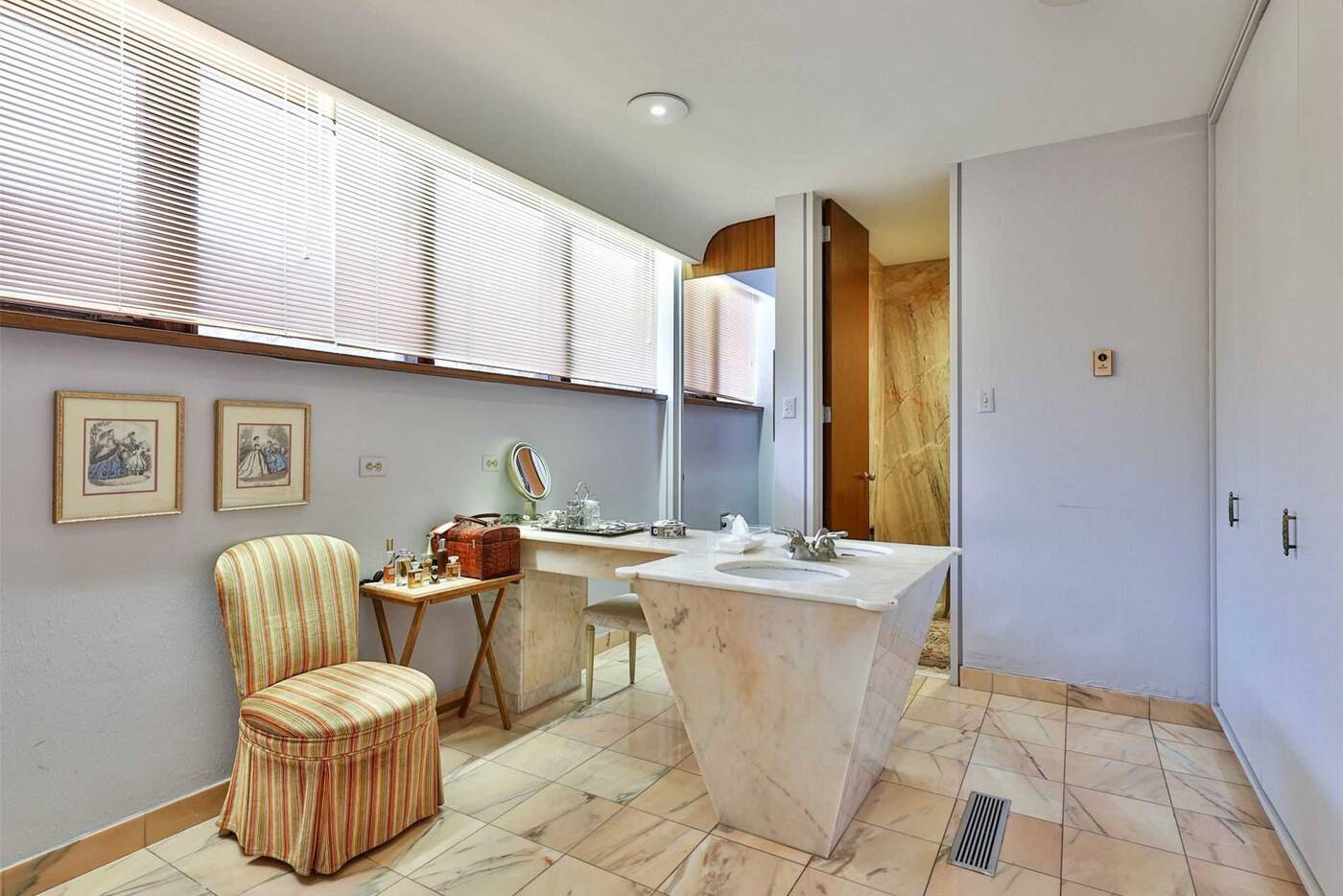 The ensuite bathroom of the pricinpal bedroom.

And that might be tricky down the line if you want to make significant changes to the home. 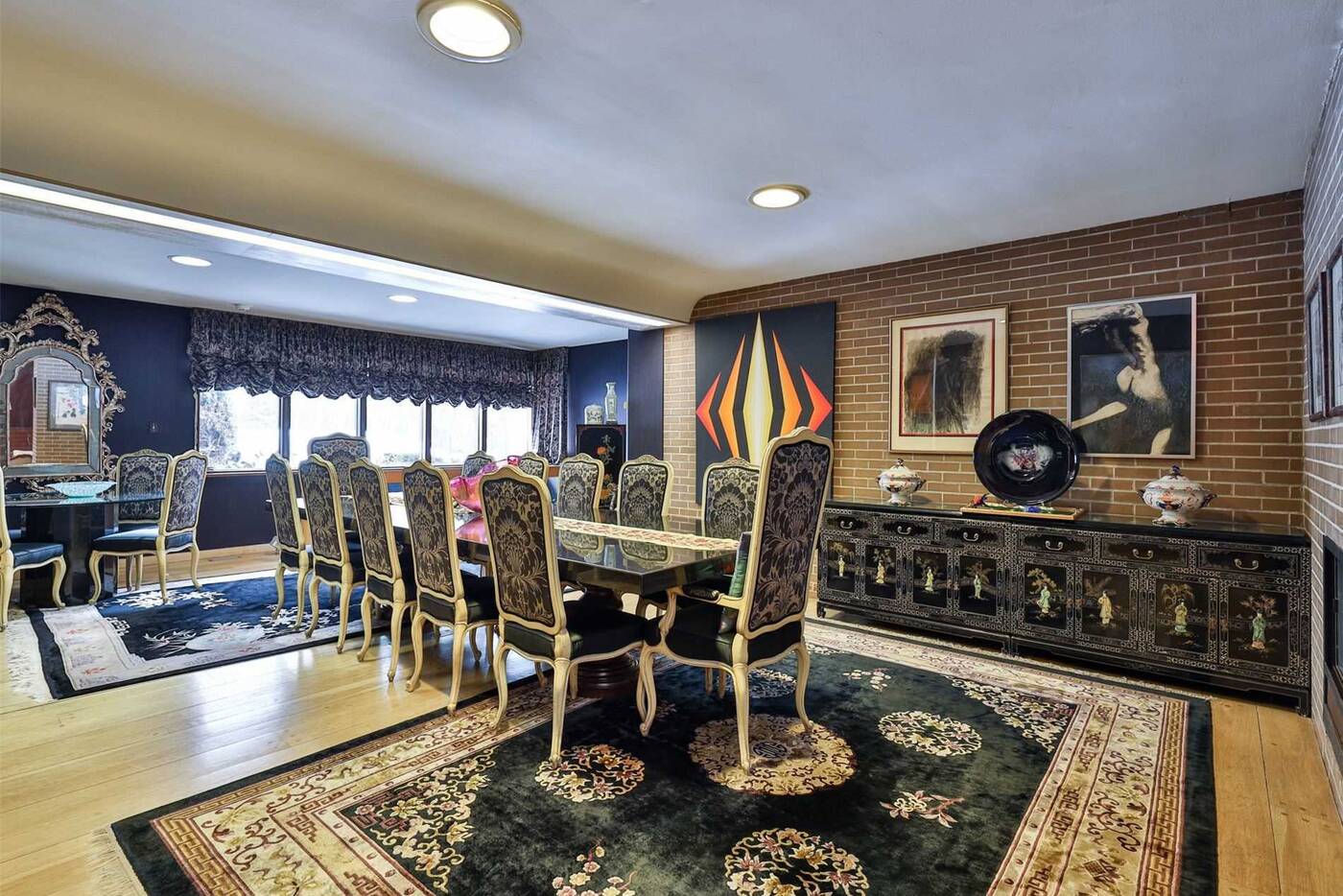 But for now this property has just a really cool, interesting and expensive home on it that the next owner is free to modify however they please. 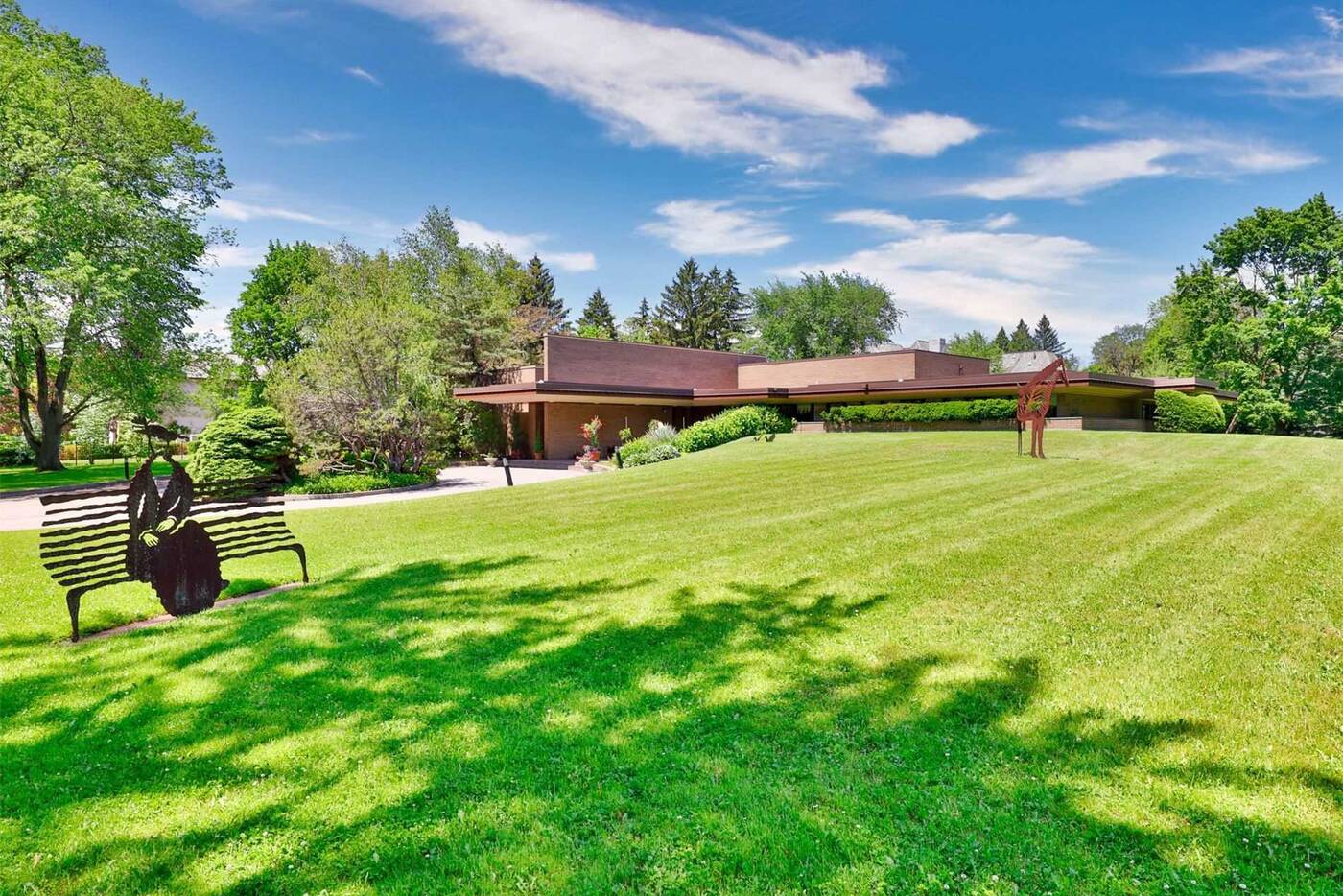 The corner lot has beautiful manicured gardens and mature trees.