After over a year of lockdowns, things have been looking up — patios are opening and retail is getting back in business — but as things start to return to normal so too do Toronto's rent prices.

The lockdown sent prices way down — Toronto rents were down a staggering 20 per cent, year-over-year, in November of 2020.

In March, the city started to see rent prices increase after nearly 15 months of declines.

Average rent prices for condos and apartments of all sizes across

"The recovery from 2020's rental market trends seems to have begun since there is a demand that is currently driving up prices," the report states.

"As many Canadian residents are likely to be fully vaccinated by the fall, renters may be preparing for a sense of normalcy slowly returning by beginning to search for their next apartments again." 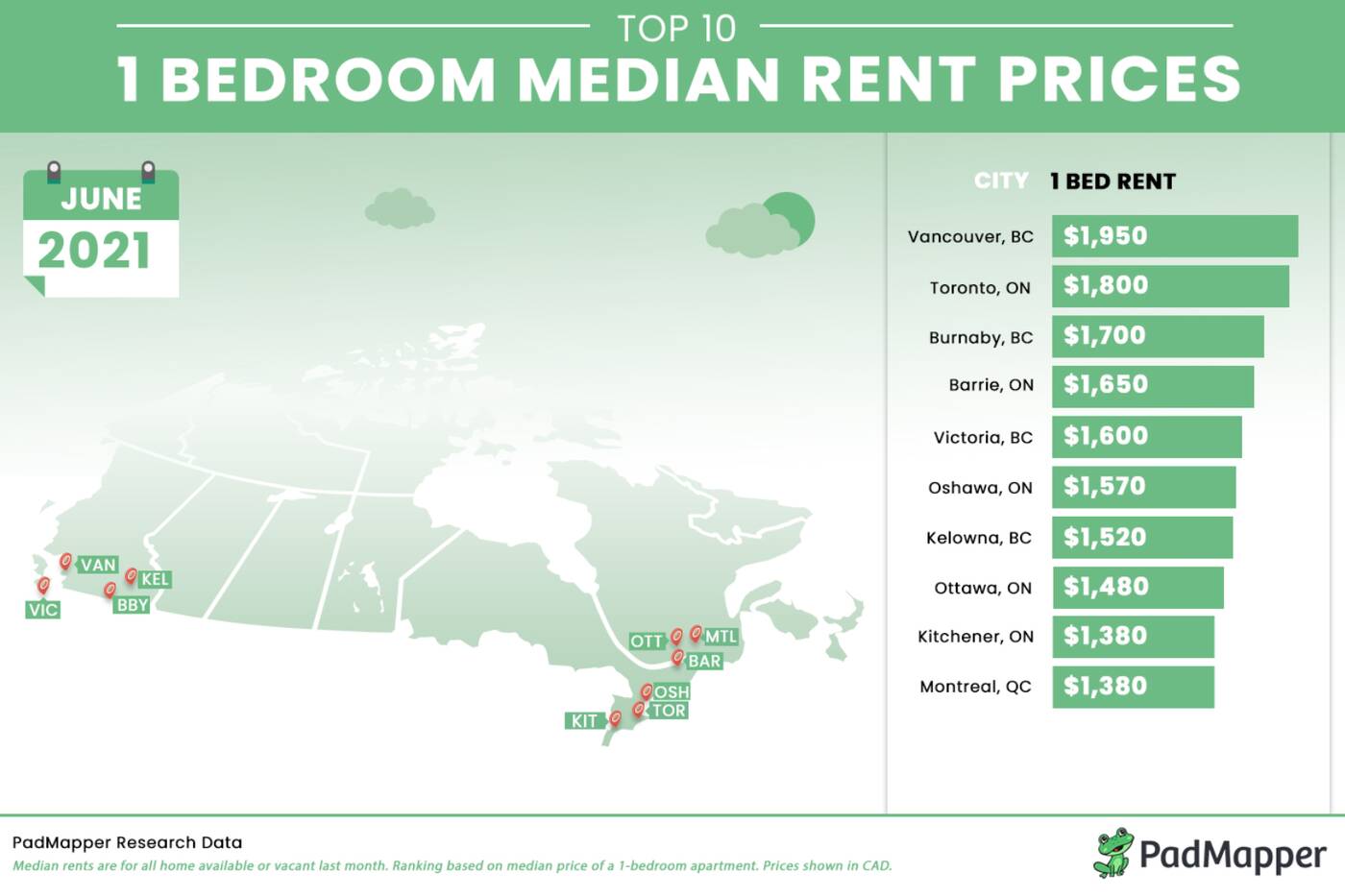 Toronto is just behind Vancouver for the highest median rents in Canada.

In Toronto, one and two-bedroom rents inched up 0.6 per cent and 0.4 per cent from last month, respectively, to medians of $1,800 and $2,320, respectively. It's worth noting that rents are still down 17 per cent year-over-year.

Whereas nearby St. Catharines saw one-bedroom rents fall by three per cent to $1,300. 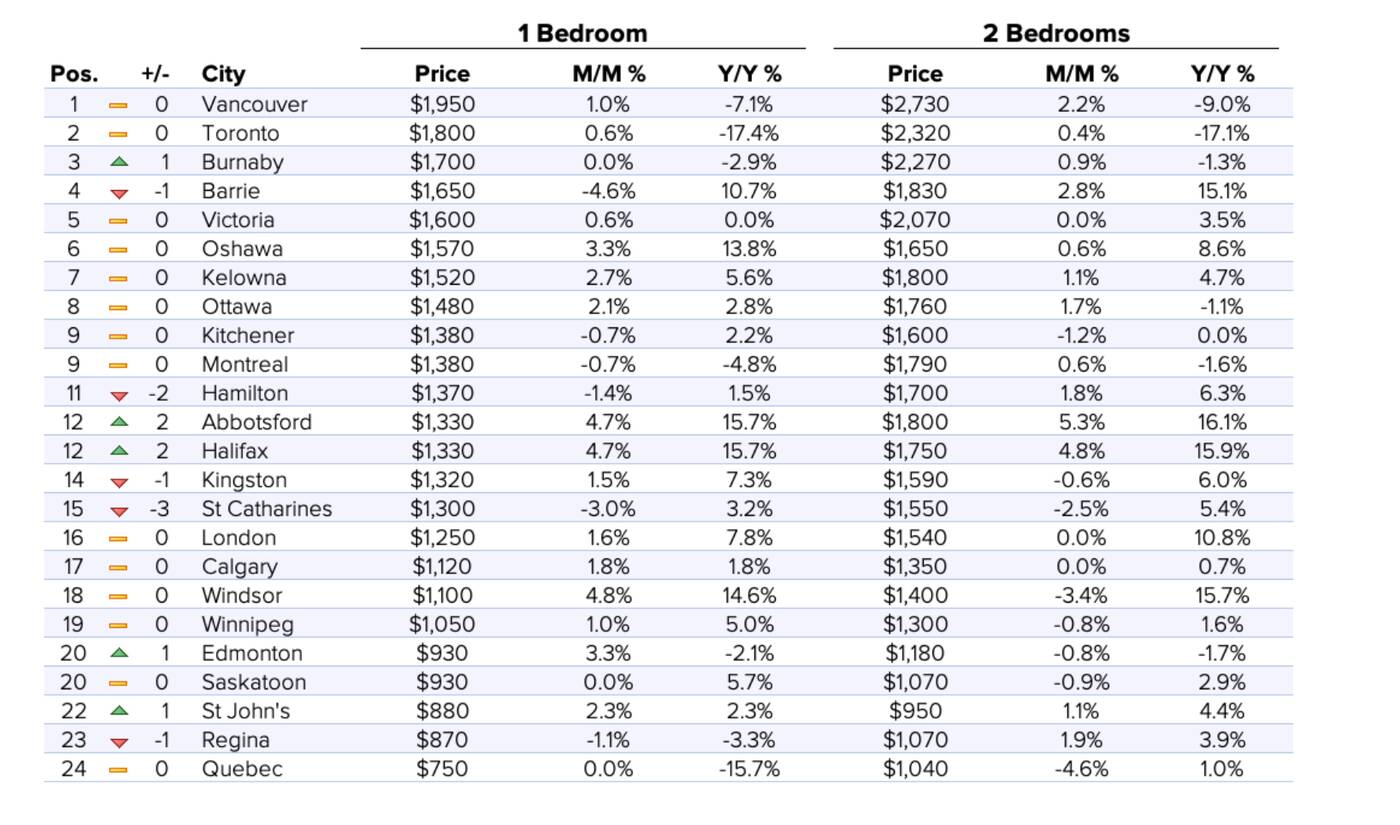 Canadian cities are ranked from most expensive to least for rents. Chart via PadMapper

And if you are looking for a cheap place to live closer to Toronto, Hamilton also saw a one-bedroom rent decrease of 1.4 per cent to $1,370.

Listings are then aggregated monthly to calculate median asking rents for the top 24 most populous metro areas, providing a comprehensive view of the current state of the market.