An extremely cute renovated church for sale in Ontario could be a good deal for those looking to make the move out of Toronto. 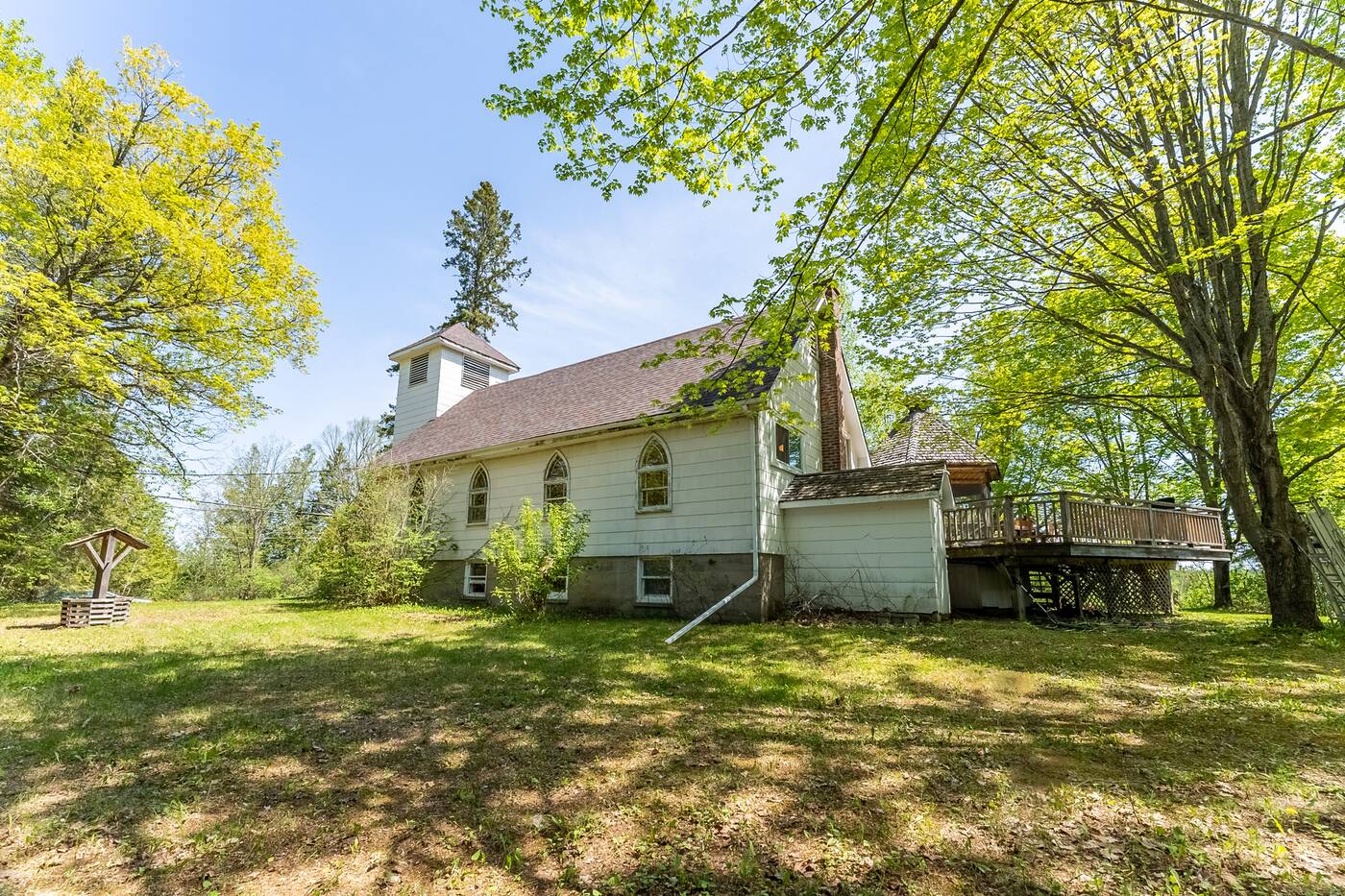 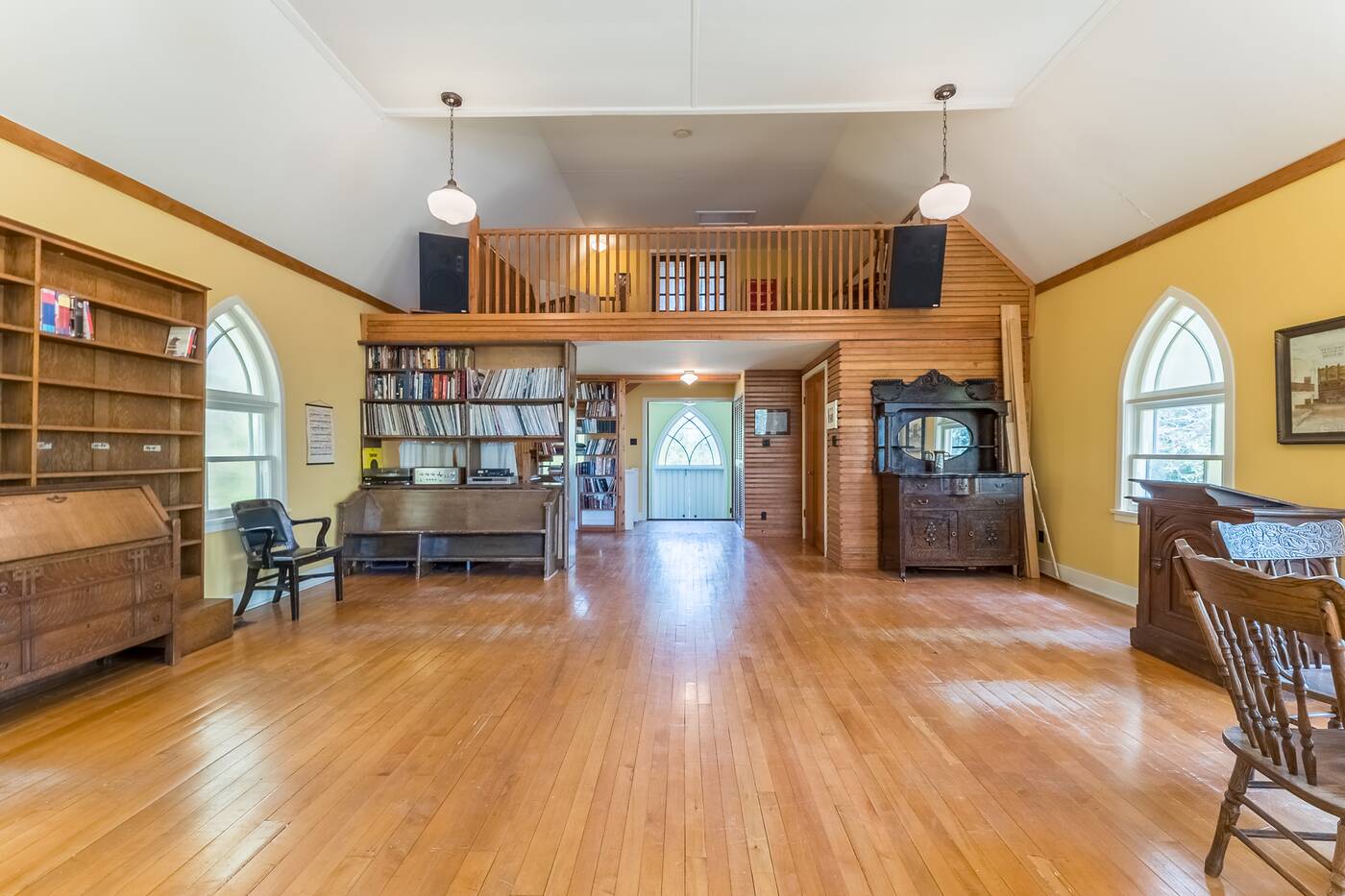 The church has an open concept design.

This property was the former Gilmour United Church, built in 1952 and decommissioned in 1978, according to the listing from Sharon White Real Estate Ltd. Brokerage. 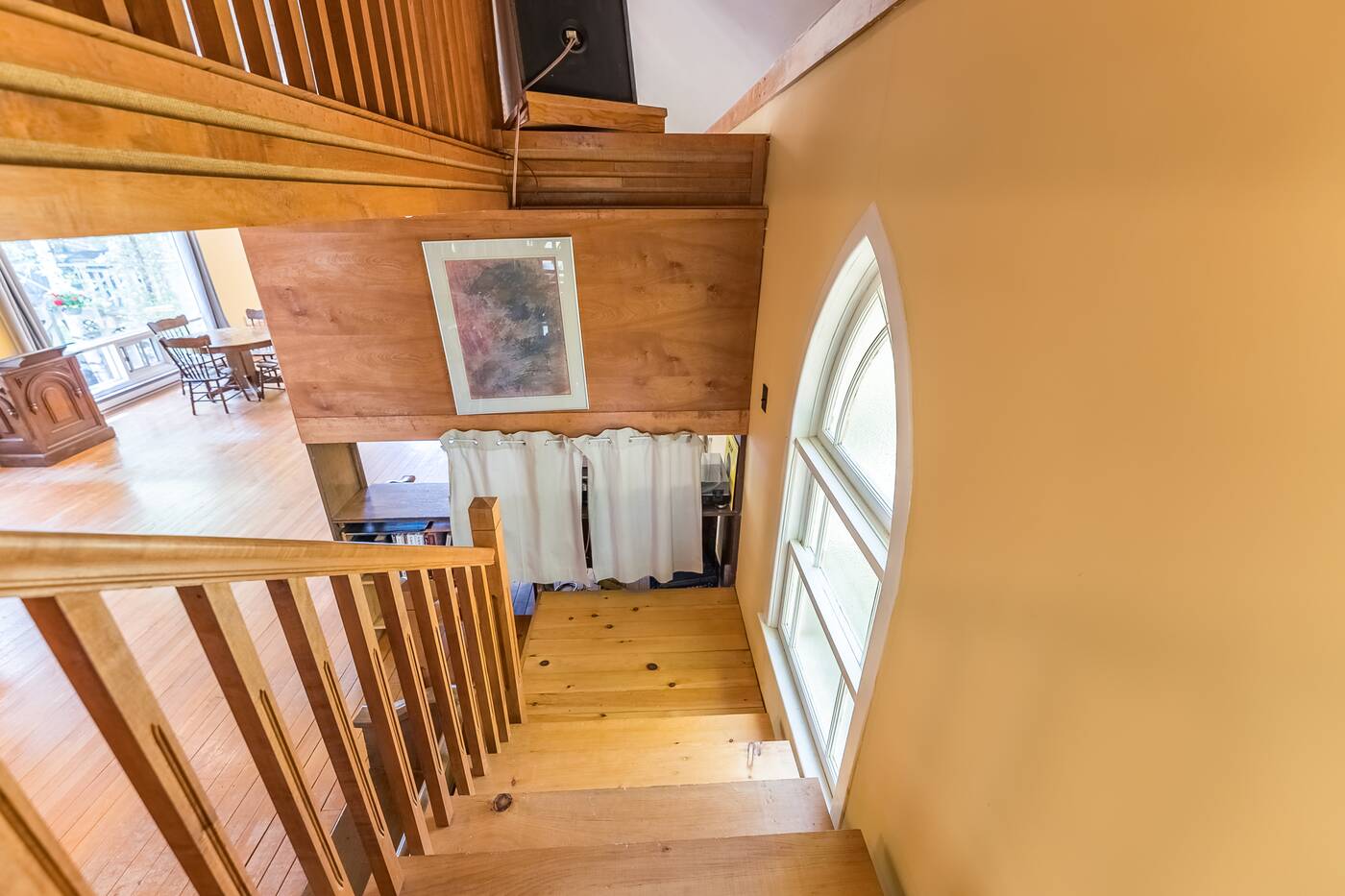 Stairs lead to a loft with a bedroom and bell tower.

The church is on hill, close to a library and a community centre. 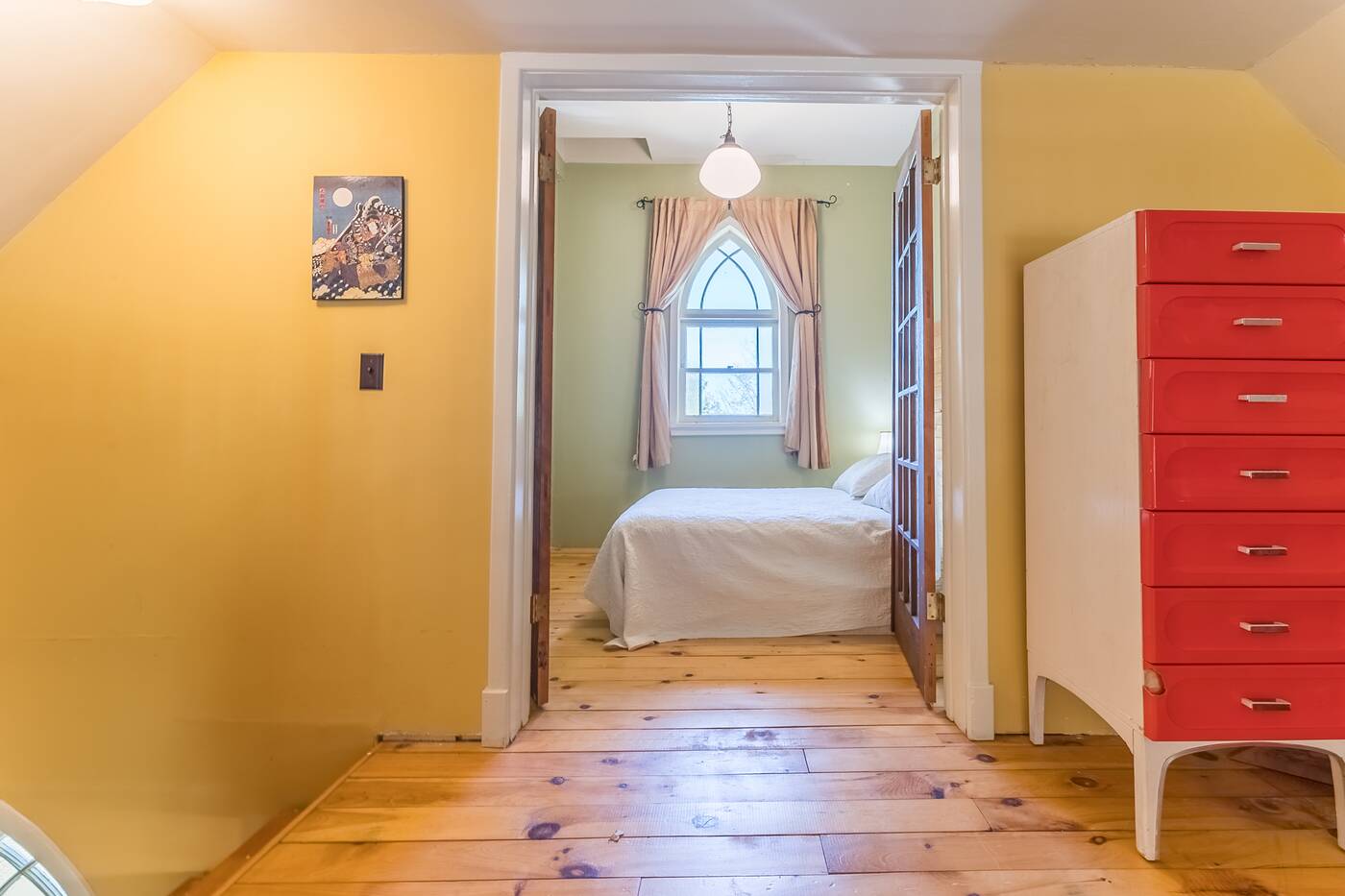 A small bedroom with a gothic window is upstairs.

The current owner bought it in 1982 and has used it as a home and music retreat. 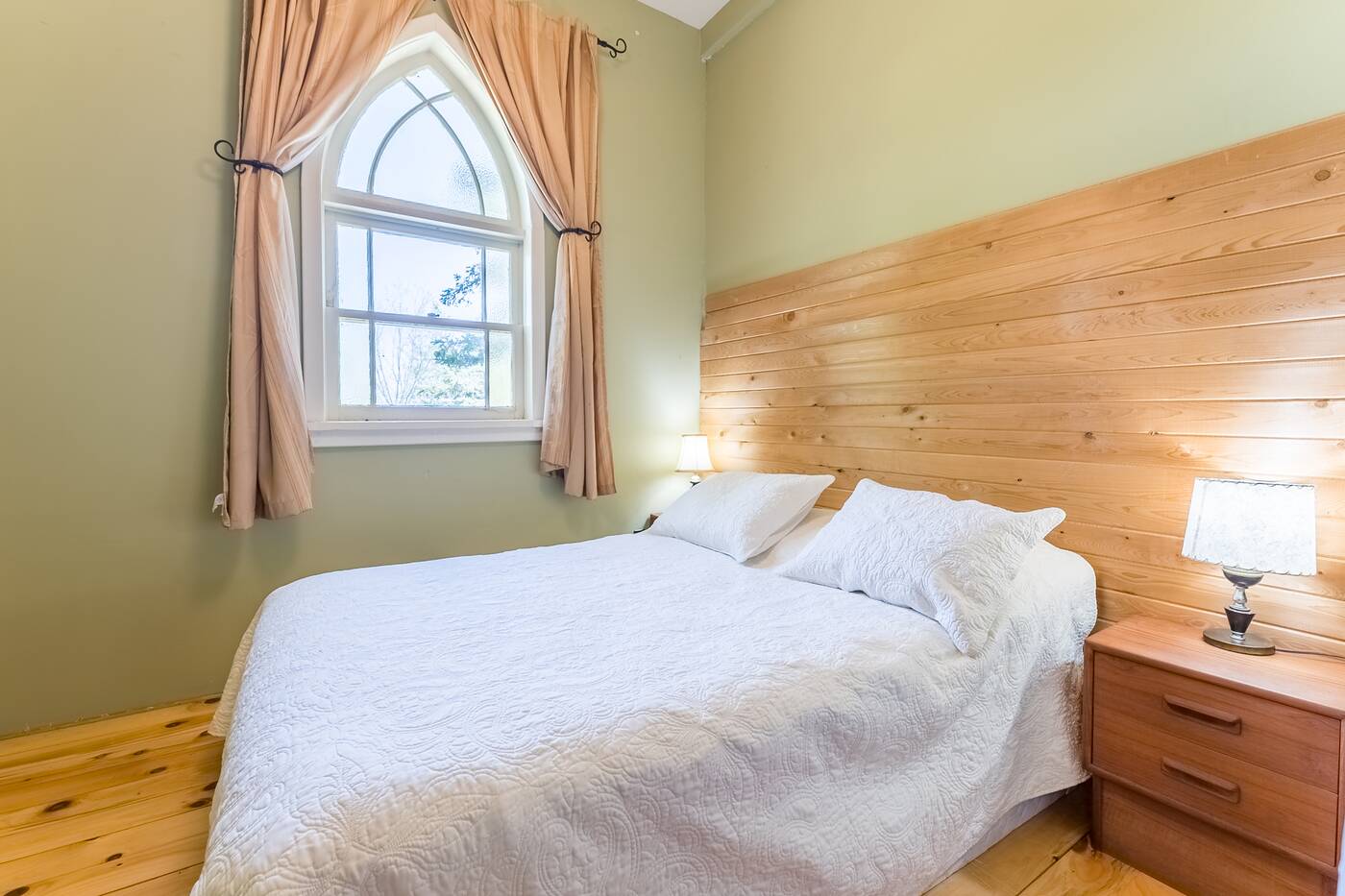 Now, this three-bedroom home has an open-concept design with many of the features of the old church intact, including the original gothic windows. 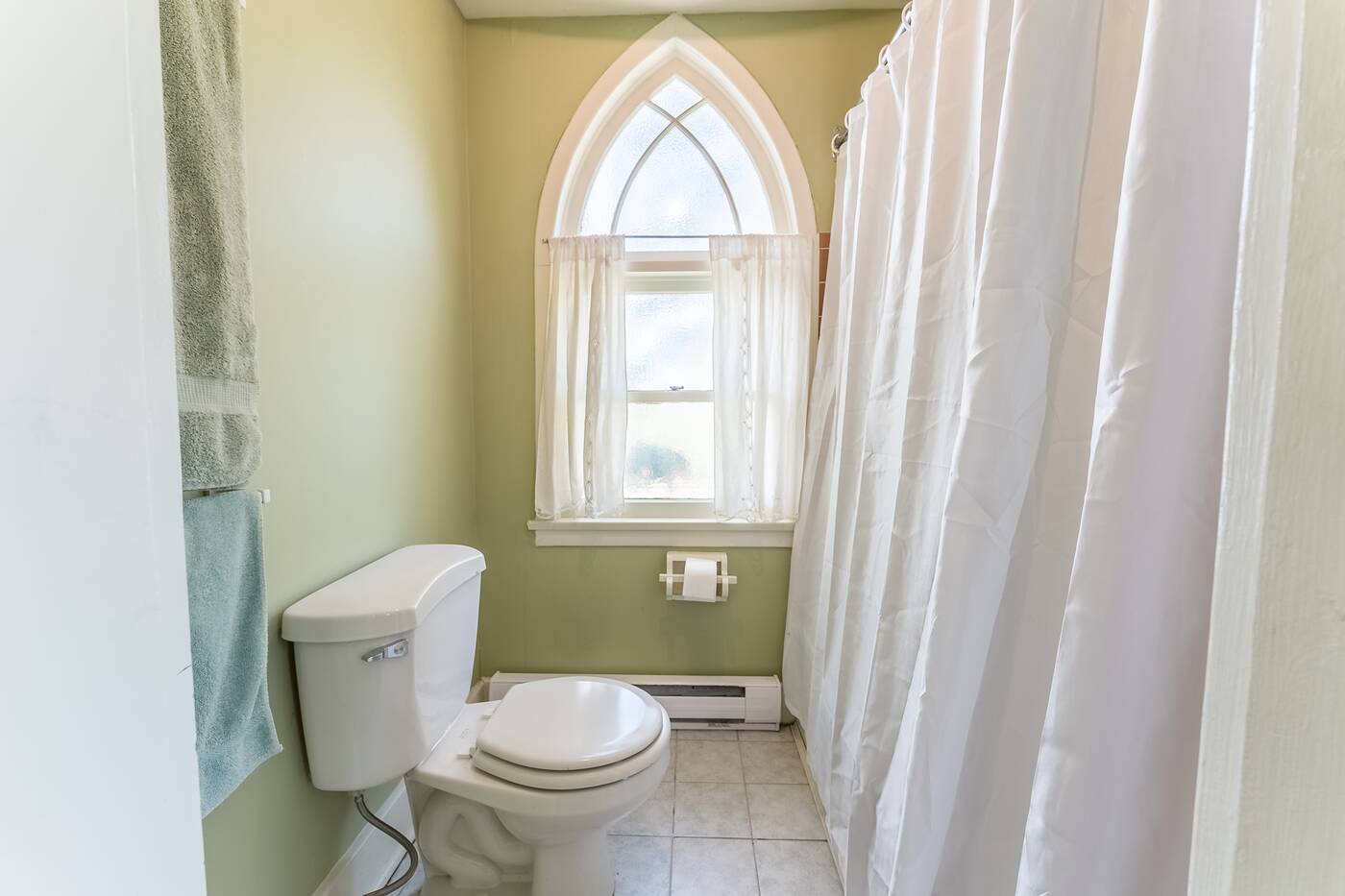 Even the bathroom has a gothic window.

Large picture windows have been added to take in the country views. 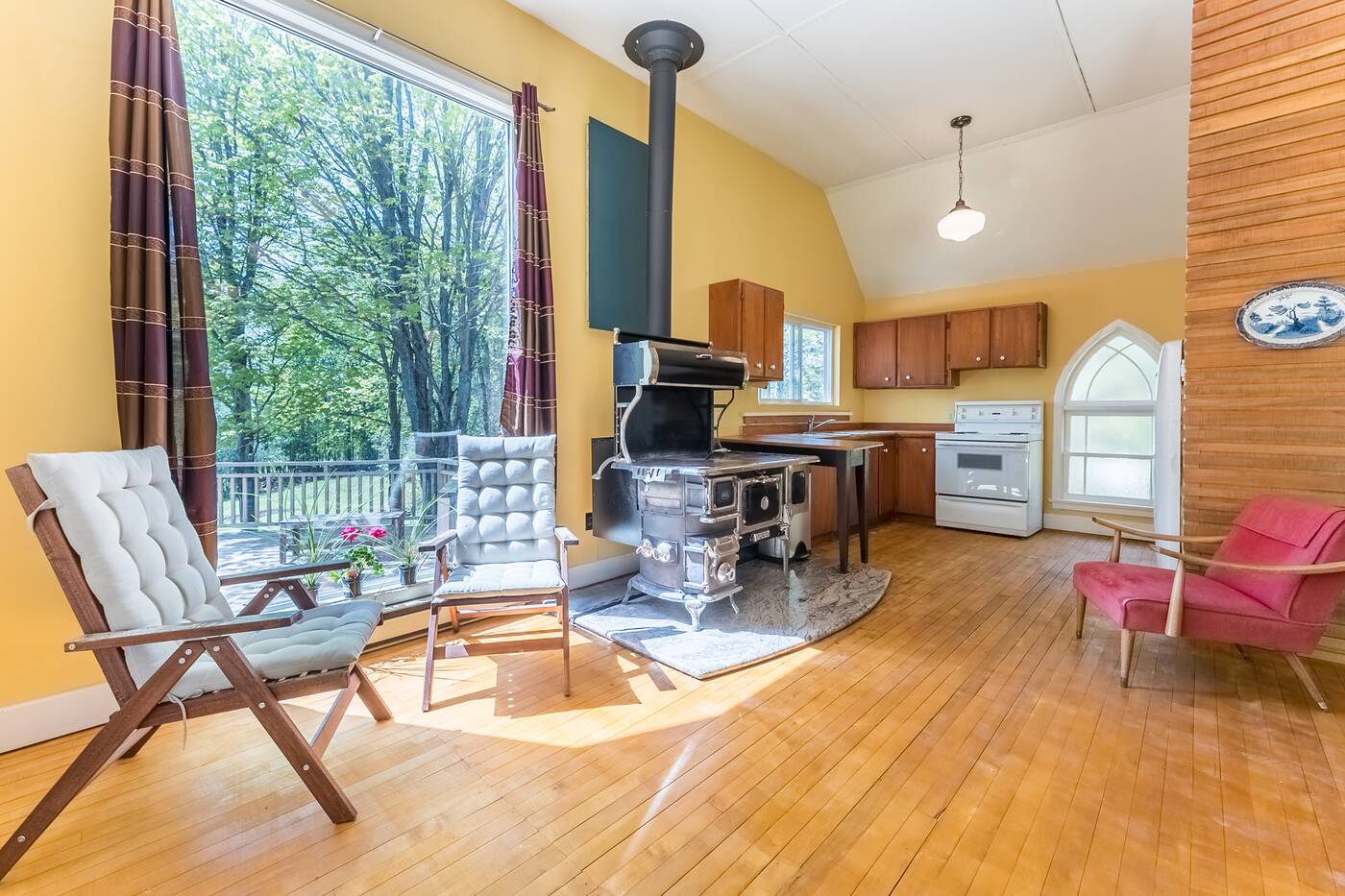 The windows really brighten the place up.

The heavy floor joists are designed to support large crowds and there are 13-foot ceilings on the main floor. There is maple woodwork throughout. 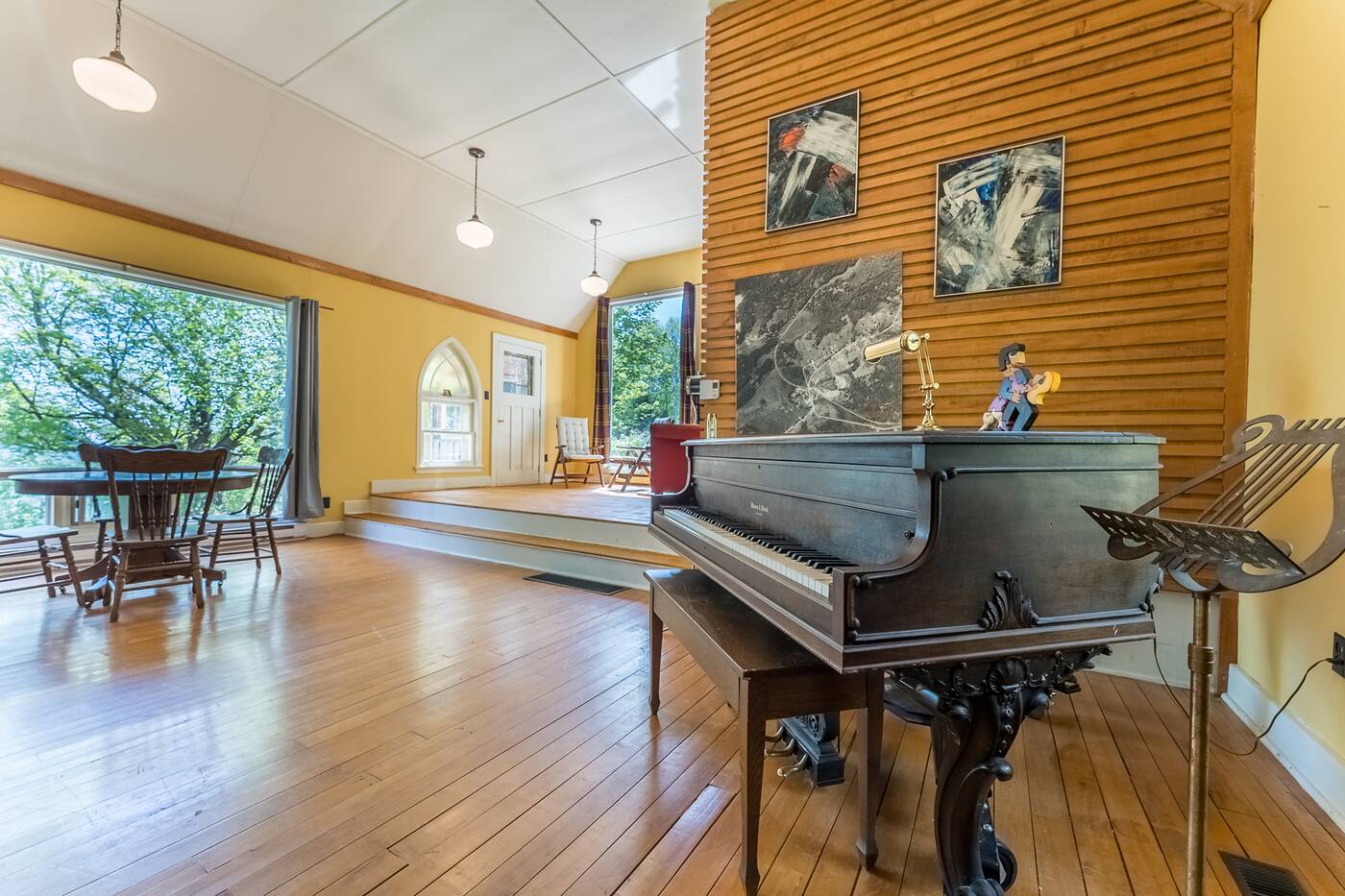 Once used as a music retreat, there are heavy floor joists to support a crowd.

A loft overlooking the main floor leads to a bedroom in the belfry — one of the more interesting features of this place. 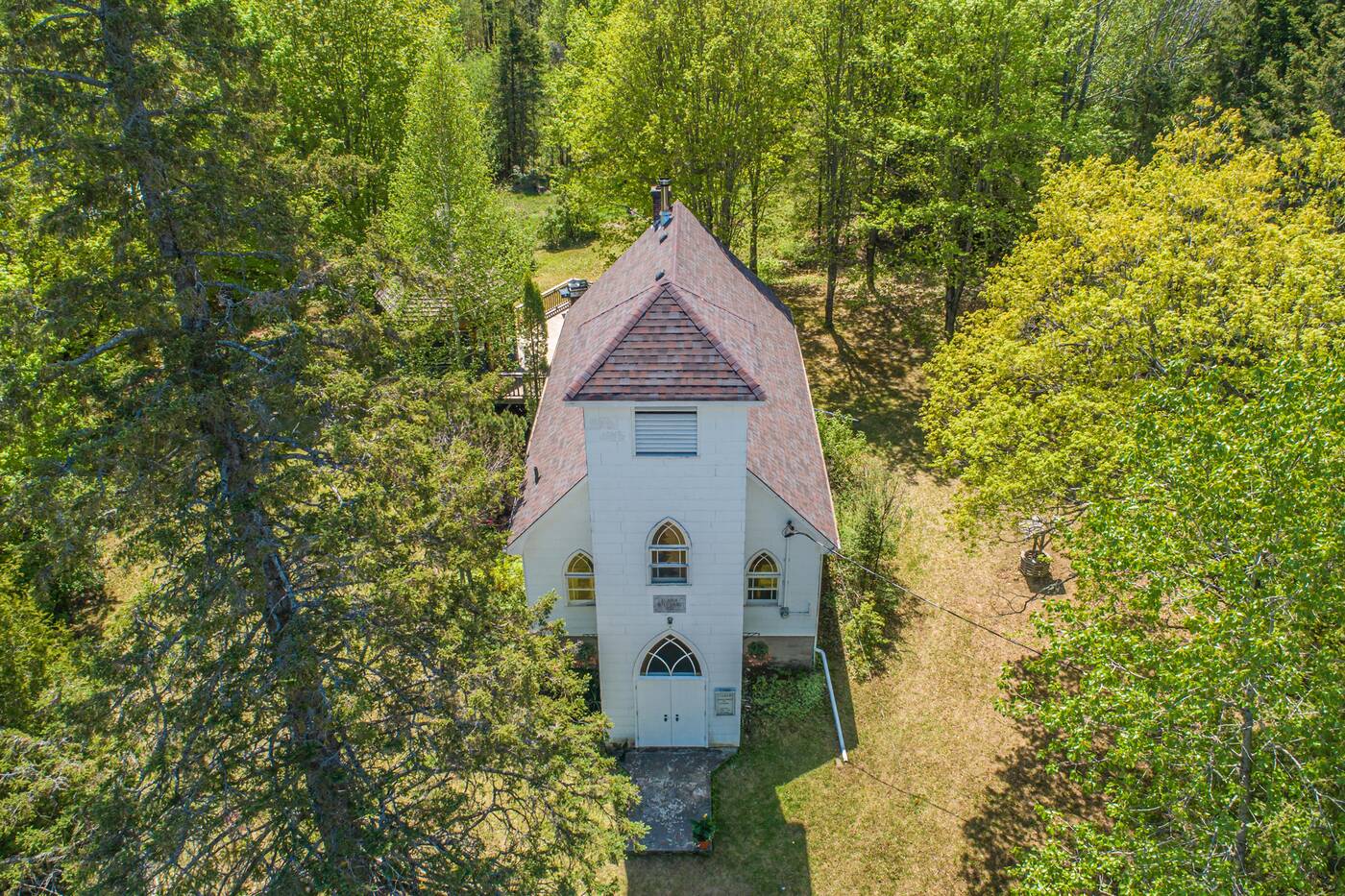 There are no shots of the bell, but it is in the bell tower.

The bell in the tower was made by Henry McShane of Baltimore, Maryland, in 1884 — and it is big, weighing over 700 pounds. It still operates beautifully, according to the owners. 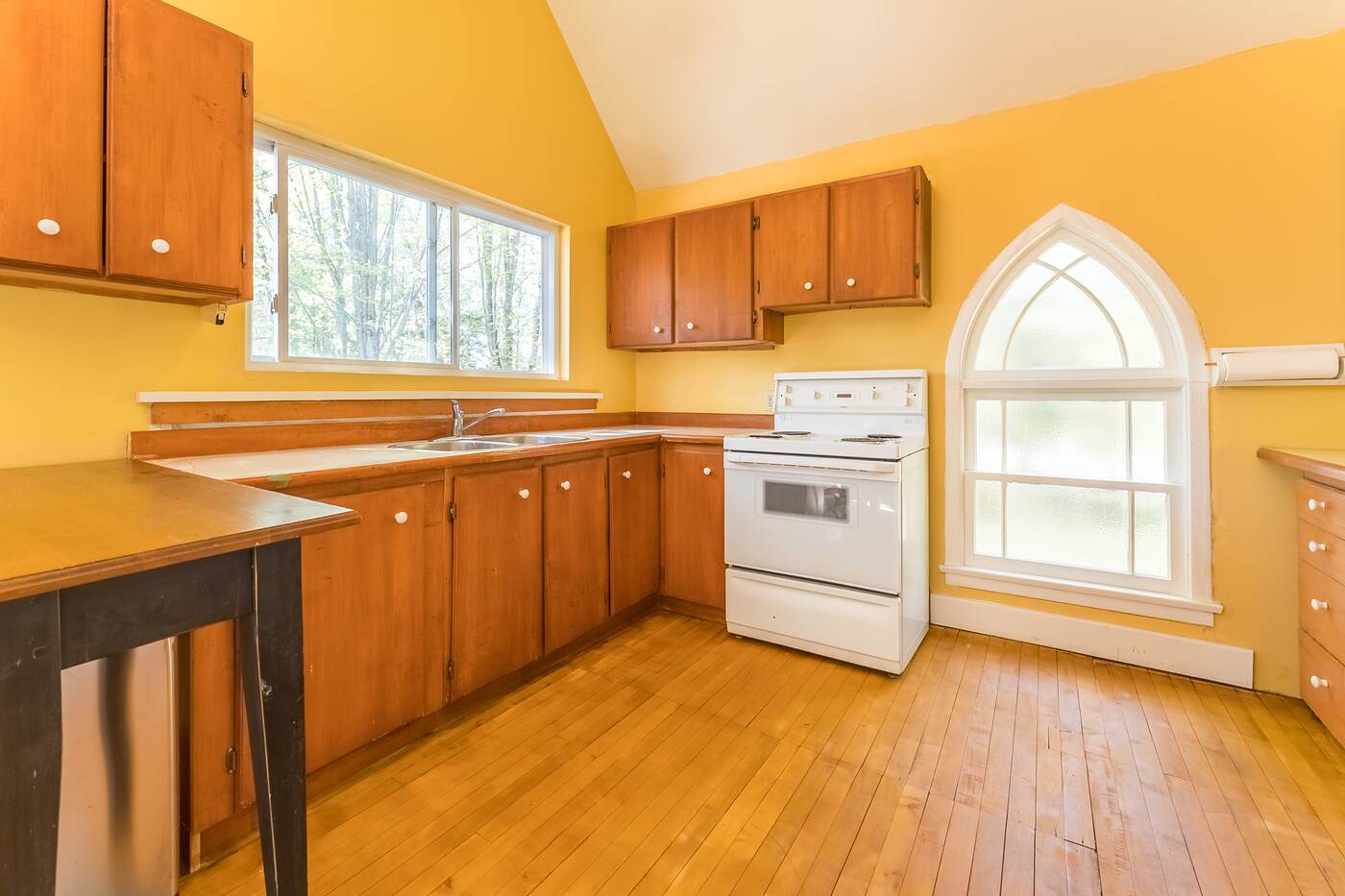 The kitchen is bright but may need some updating.

Two of the bedrooms are in the finished basement, which has eight-foot ceilings. 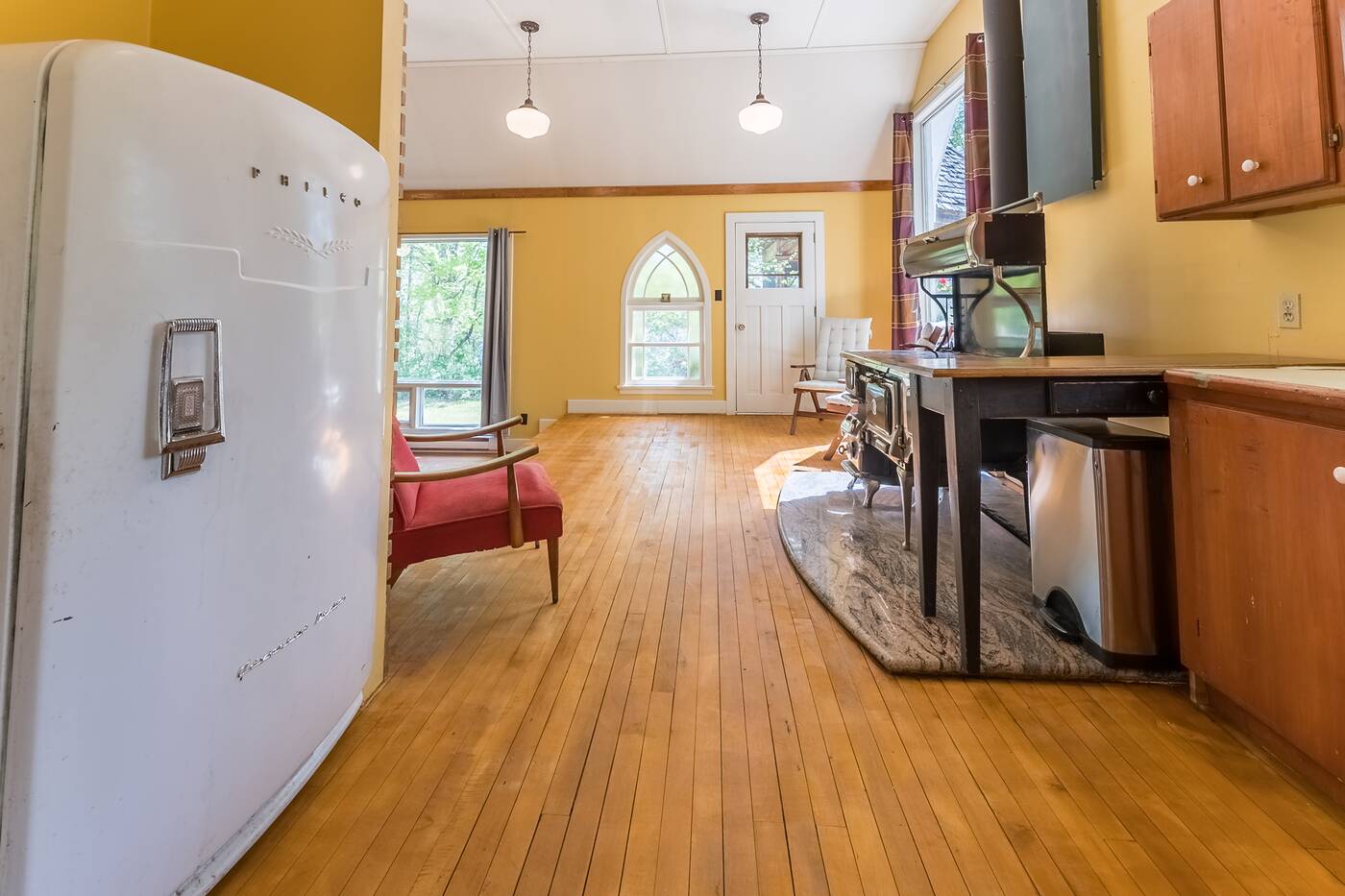 The fridge looks like it comes from about the same era as the church.

Outside there is a tall screened-in gazebo and spacious deck with stairs leading to the garden. 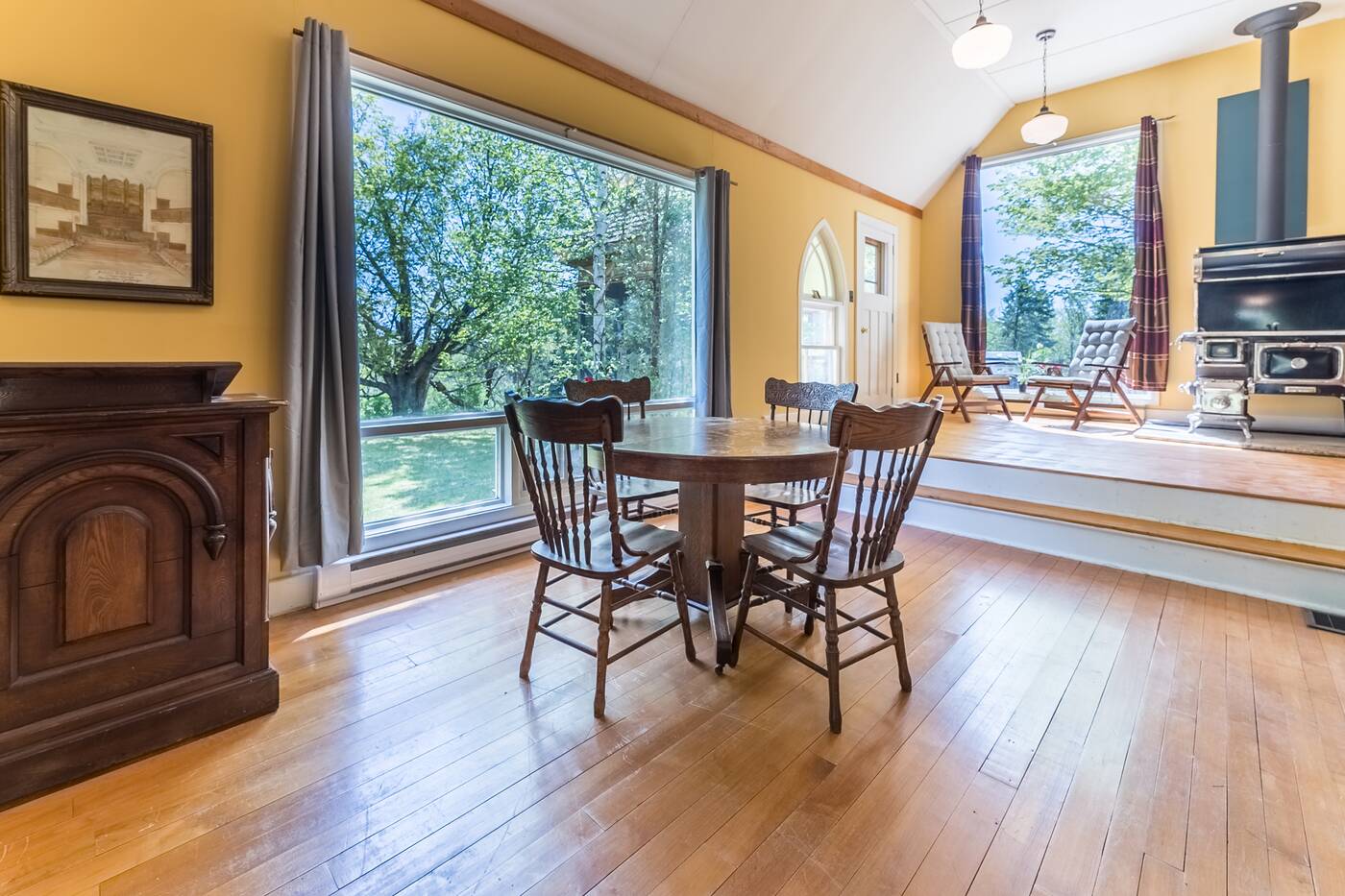 There is plenty of space for dining in.

This property has a mix of mature maple trees, apple trees, lilacs and large, open, grassy areas with plenty of sunlight for a large vegetable garden.

Some of the downsides could be the asbestos exterior finish, which likely does not pose a health risk, and the septic system and well water, which is common in country properties. 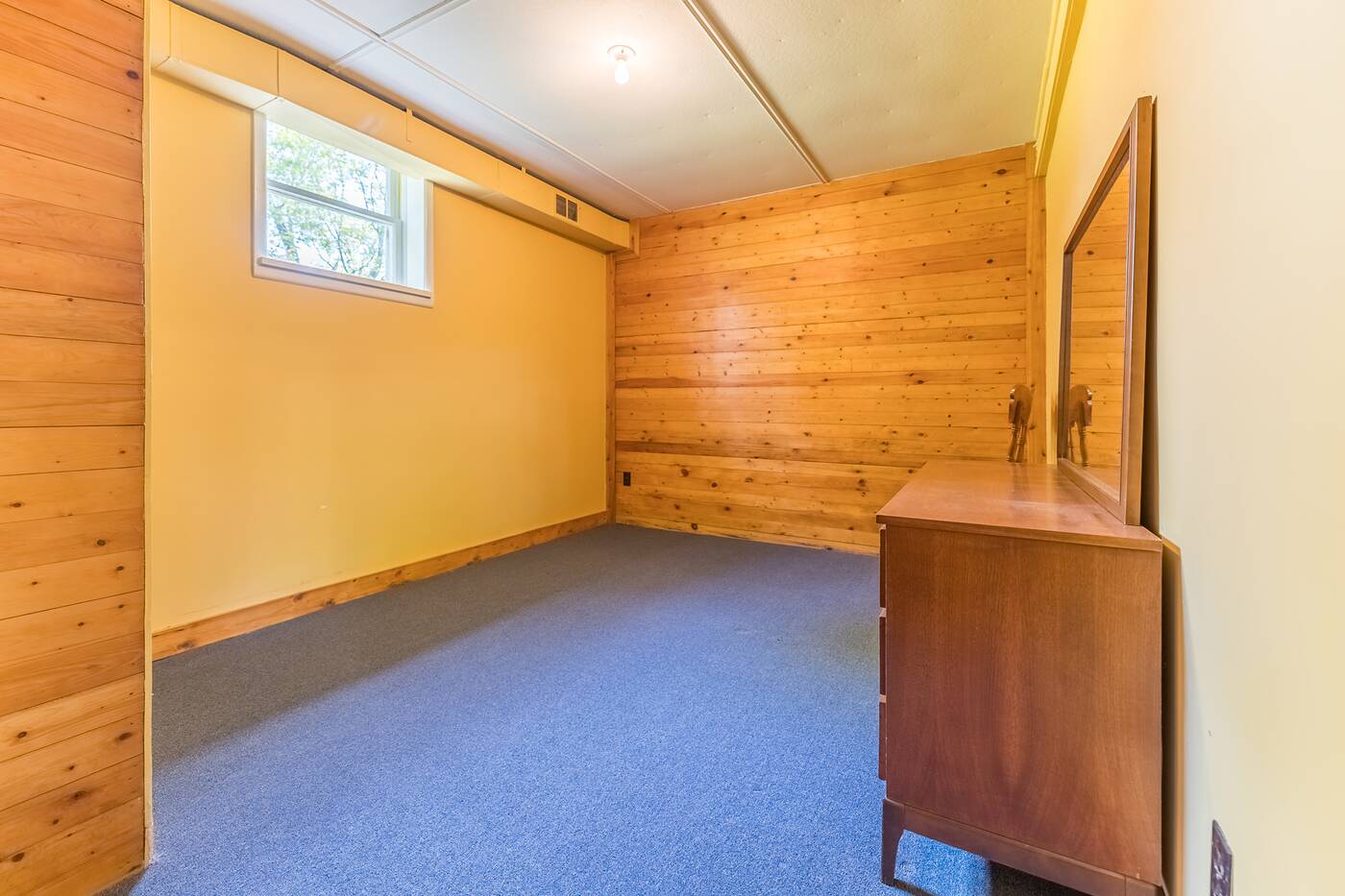 There are two bedrooms in the basement.

However, living in a rural area means being close to recreation areas such as the McGeachie Conservation Area, a 500-acre park on Steenburg Lake with hiking trails that become groomed cross-country ski trails in the winter. Steenburg Lake and Wadsworth Lake are close by, as is the Hastings Heritage Trail. 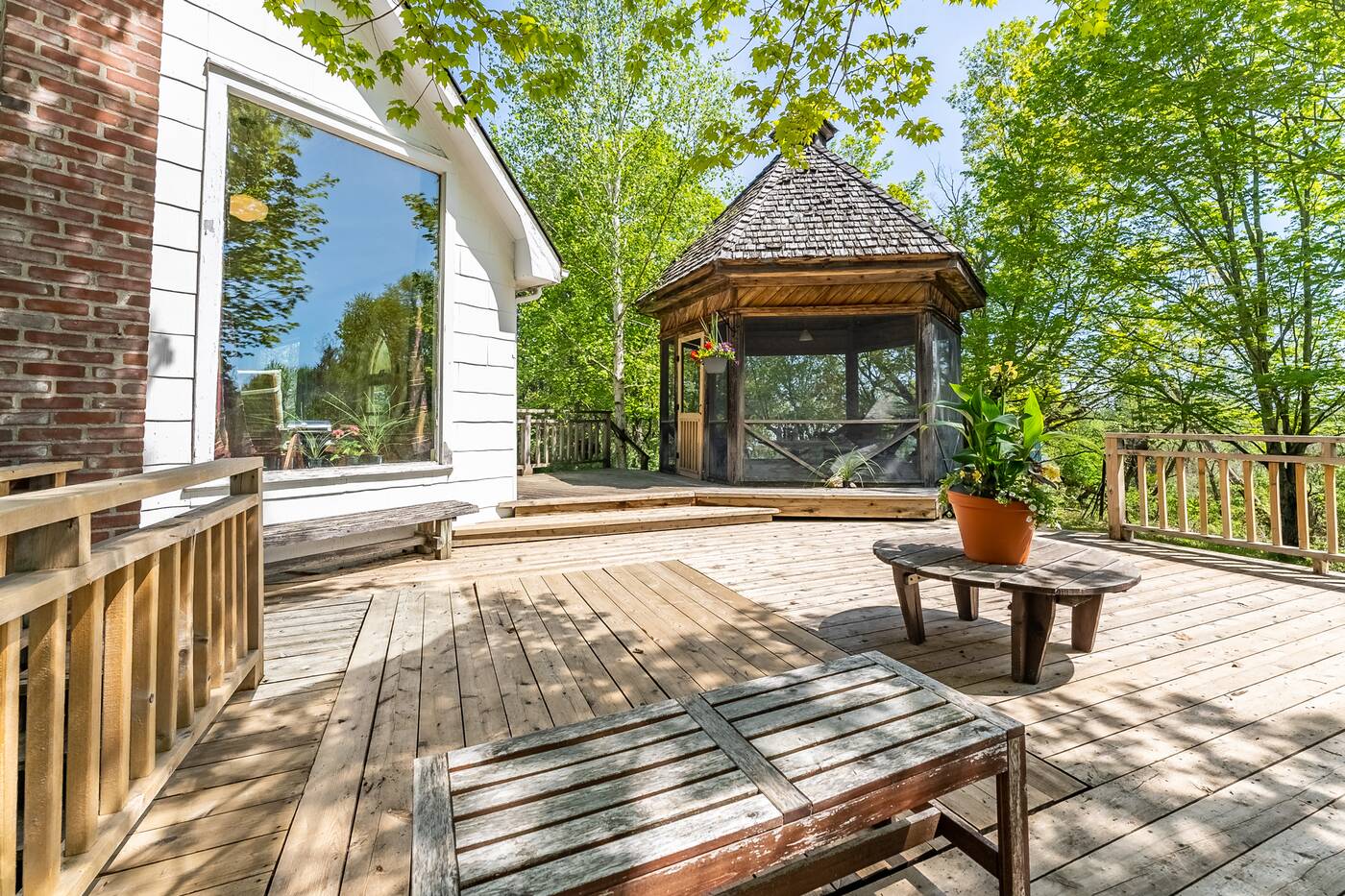 There is a large deck and gazebo to enjoy the mature trees on the property.

This church does have a lot of charm and, so far, doesn't seem to be in one of the hot spots Toronto residents are flocking to and driving up prices.

If you are interested in this church, you will need to act soon though, offers are being accepted on May 26.