A block of homes in the Junction Triangle may soon be razed to make way for a 28-storey residential high-rise. 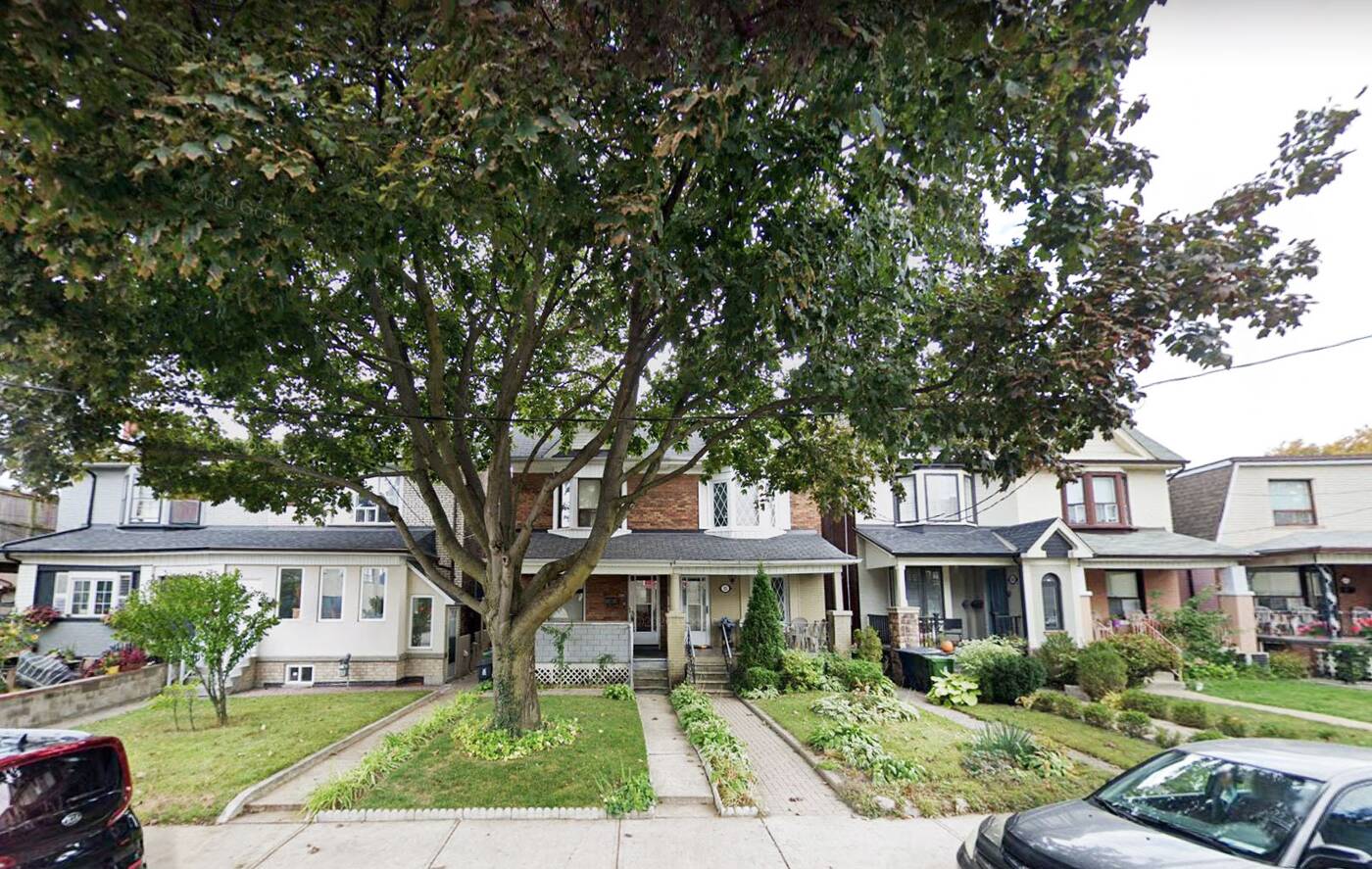 The row of homes at 316-336 Campbell Ave. may be demolished for a 28-storey condo. Photo via Google Maps.

Currently, there are 10 two-storey homes occupying the 24,649-square-foot site behind the local pub Boo Radley's and across the Portuguese staple Piri Piri.

Those semi-detached homes may meet the wrecking ball, if plans for the new condo move forward.

Replacing them would be an orange-hued tower rising seven times above the area's current zoning limit of four storeys. 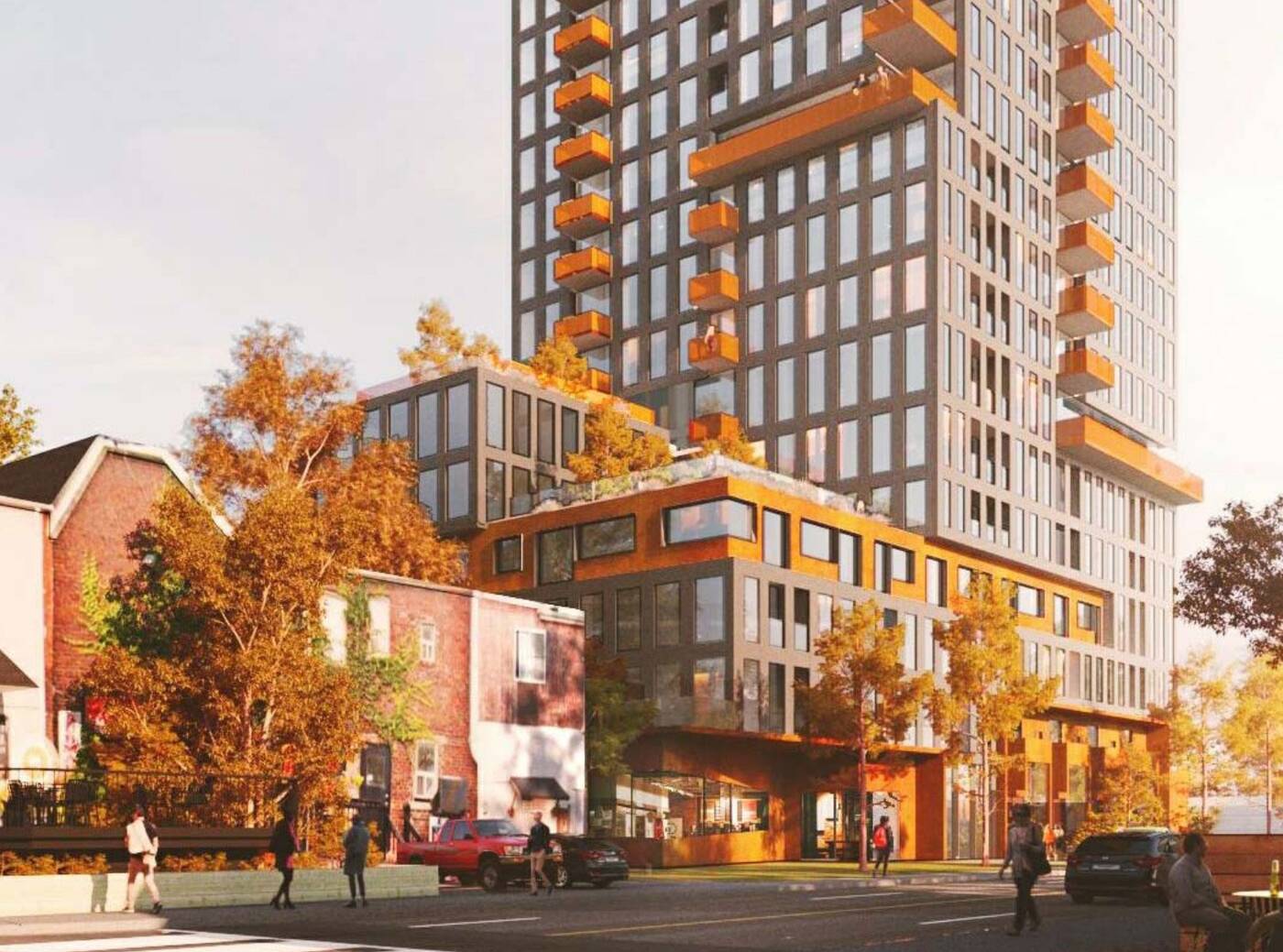 The project would introduce 310 condo units to the area, the majority of them one-bedrooms. There would be seven two-storey live-work units on the ground floor.

Within a six-storey podium, the lobby would front the southeast corner facing Dupont. Located on the first floor would be indoor and outdoor amenities, including a courtyard and green space on the south and west sides, and a terrace on the fifth floor. 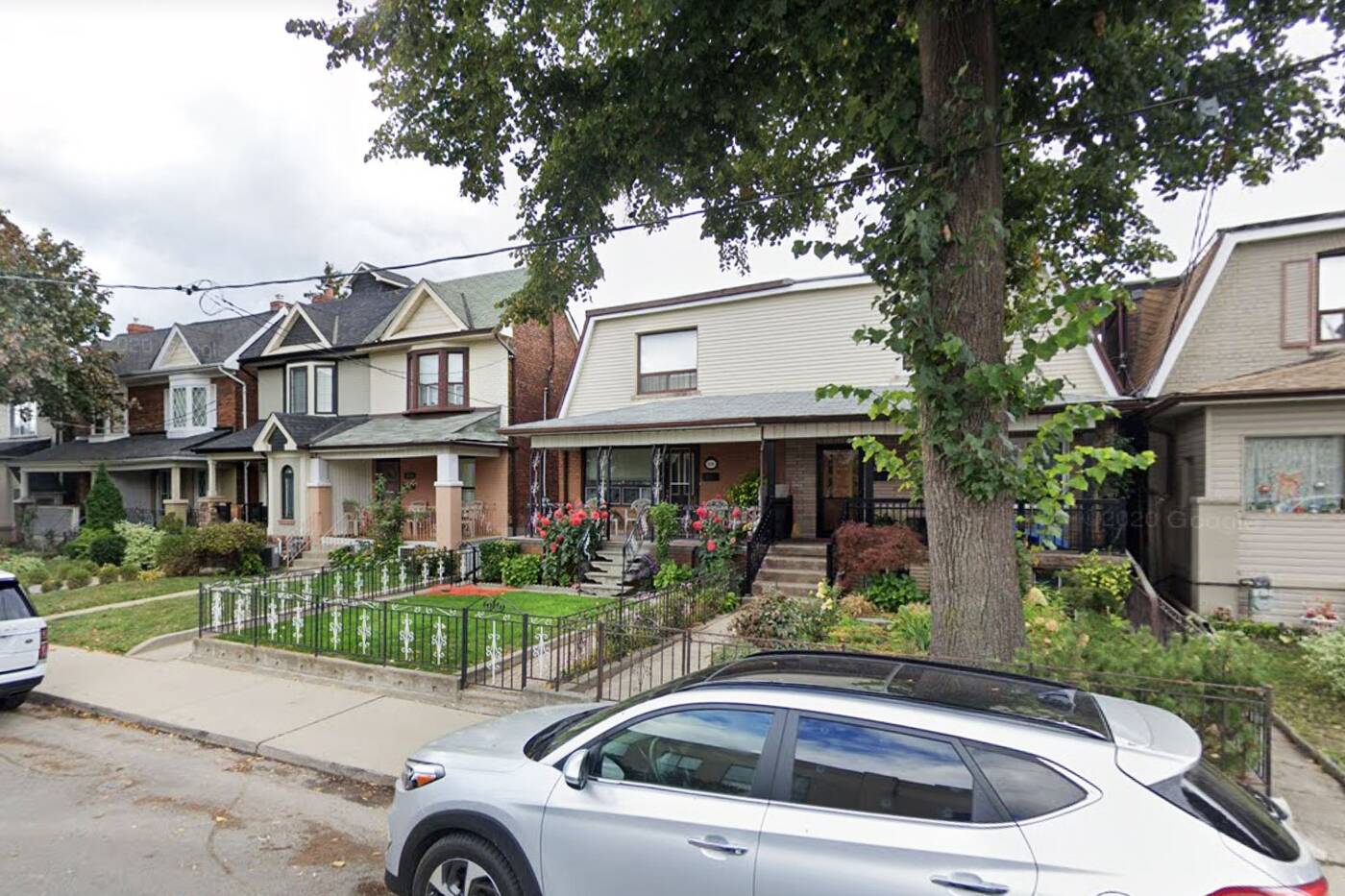 The block sits just north of Dupoint in the Junction Triangle. Photo via Google Maps.

There would be 101 underground parking spaces and 312 bike parking spots.

The proposal for 316-336 Campbell Ave. is still under review. If approved, it could open the rest of the area for other developments similarly tall, or taller.

Despite its seemingly prime location for redevelopment, the Royce Dupont Plaza at 321-339 Symington Ave. nex door—currently home to a Beer Store and Caldense Bakery—remains untouched, for now.