Piri Piri has been one of Toronto's favourite Portuguese restaurants for almost two decades.

It’s named for the piri piri sauce they make in house, 300 to 500 bottles of which they sell every week. 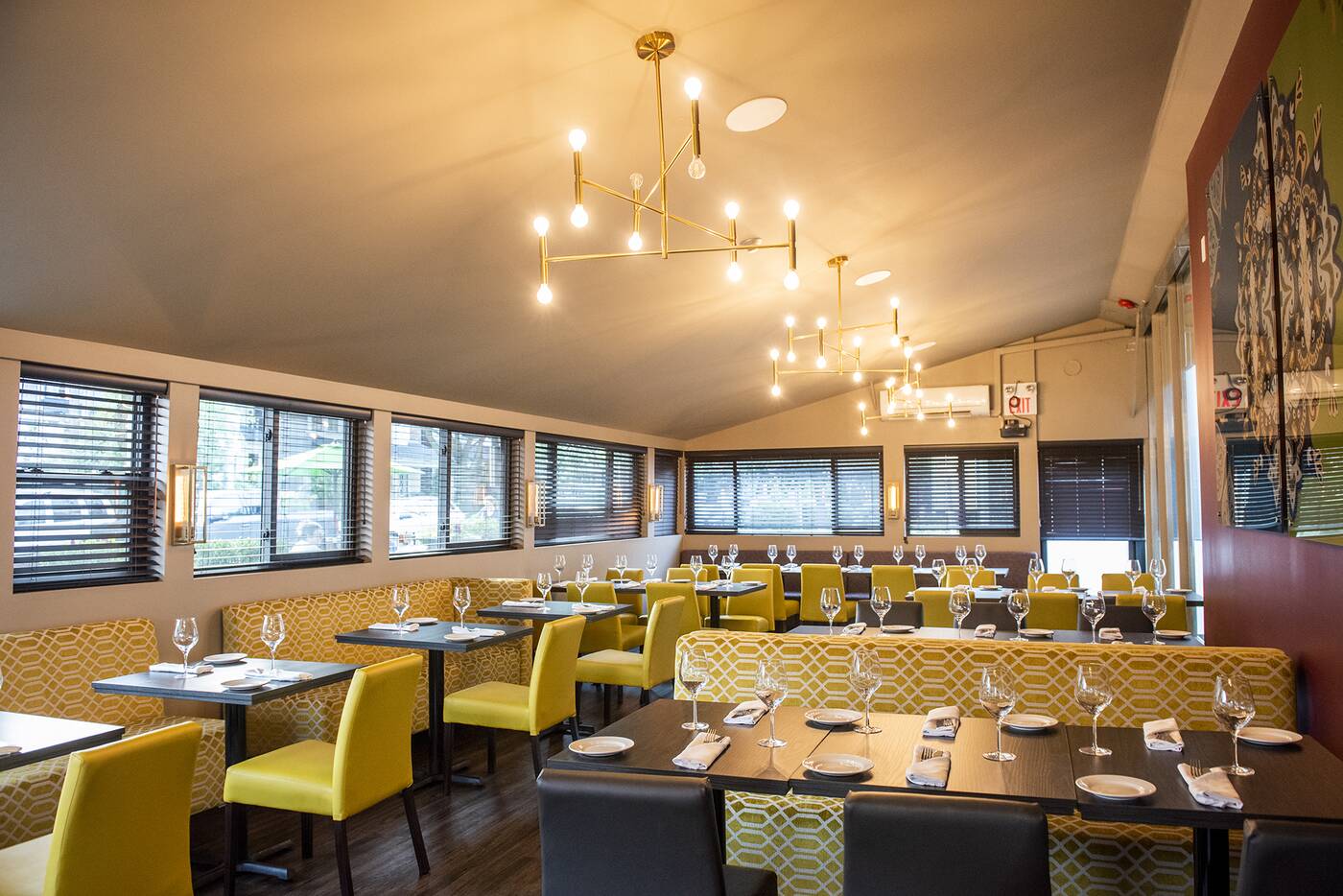 Situated in this location since 2002, in 2019 the place underwent a three-month renovation process that changed the 100-plus-seat space inside and out. 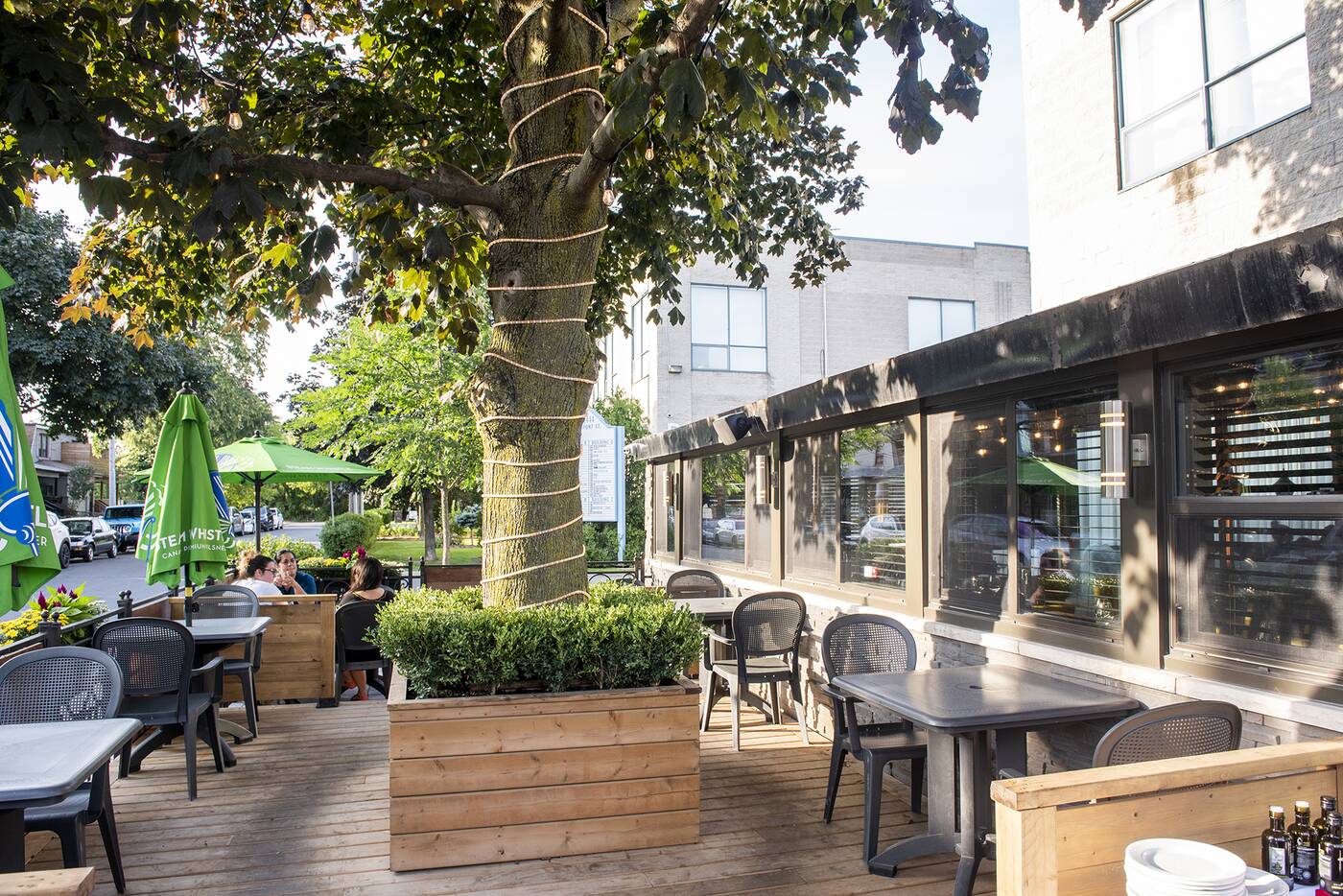 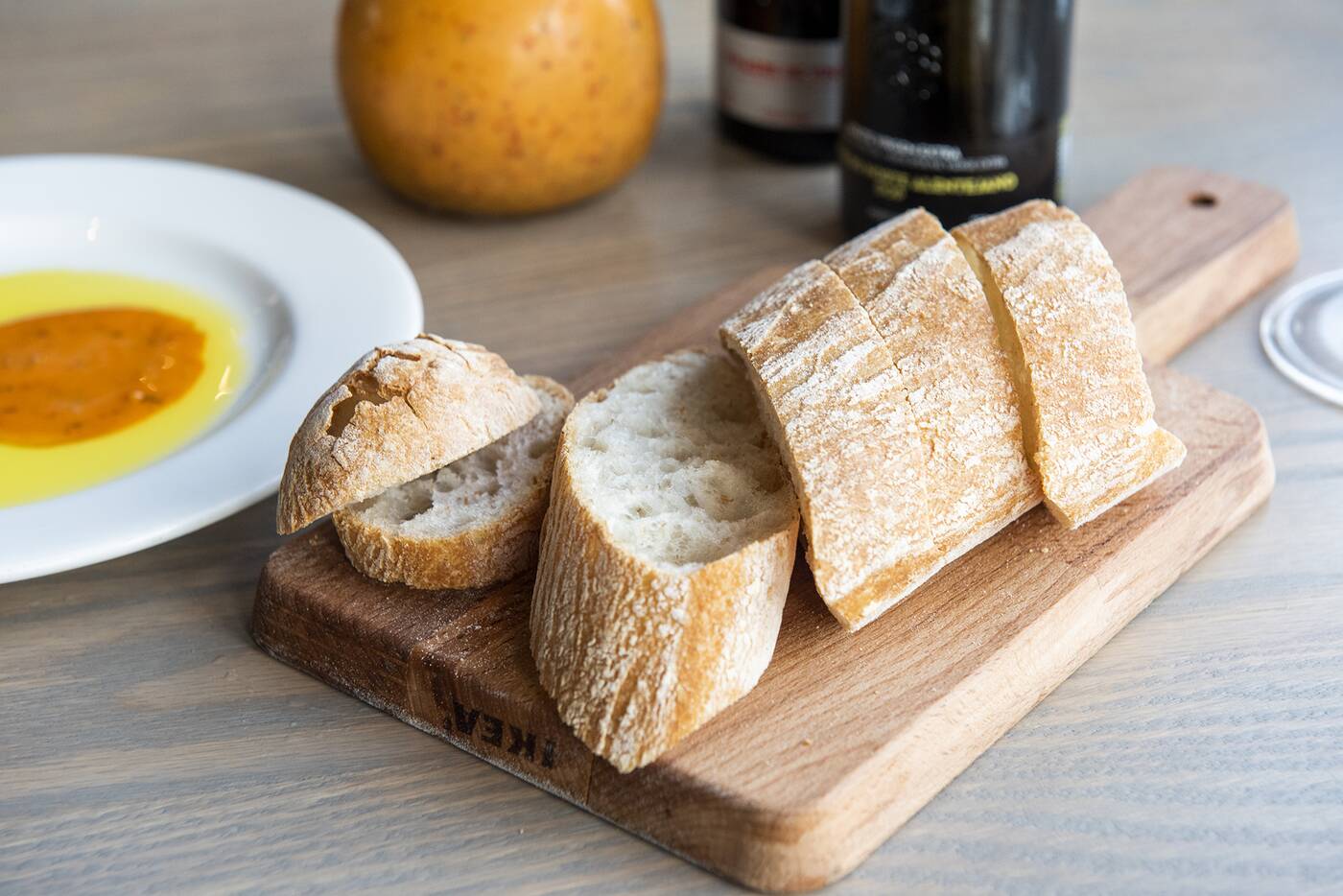 A meal here starts with complimentary spongy, crusty Portuguese bread made using the restaurant’s own recipe, accompanied by piri piri sauce which you can mix with high quality olive oil (to dilute some spice) or wine vinegar.

The house piri piri is made with Ontario-grown peppers and imported Portuguese bird’s eye peppers, ground in house to make their own paste, plus garlic, eight different herbs, white wine and olive oil. Tangy, bright and sour, the sauce has a creeping heat. 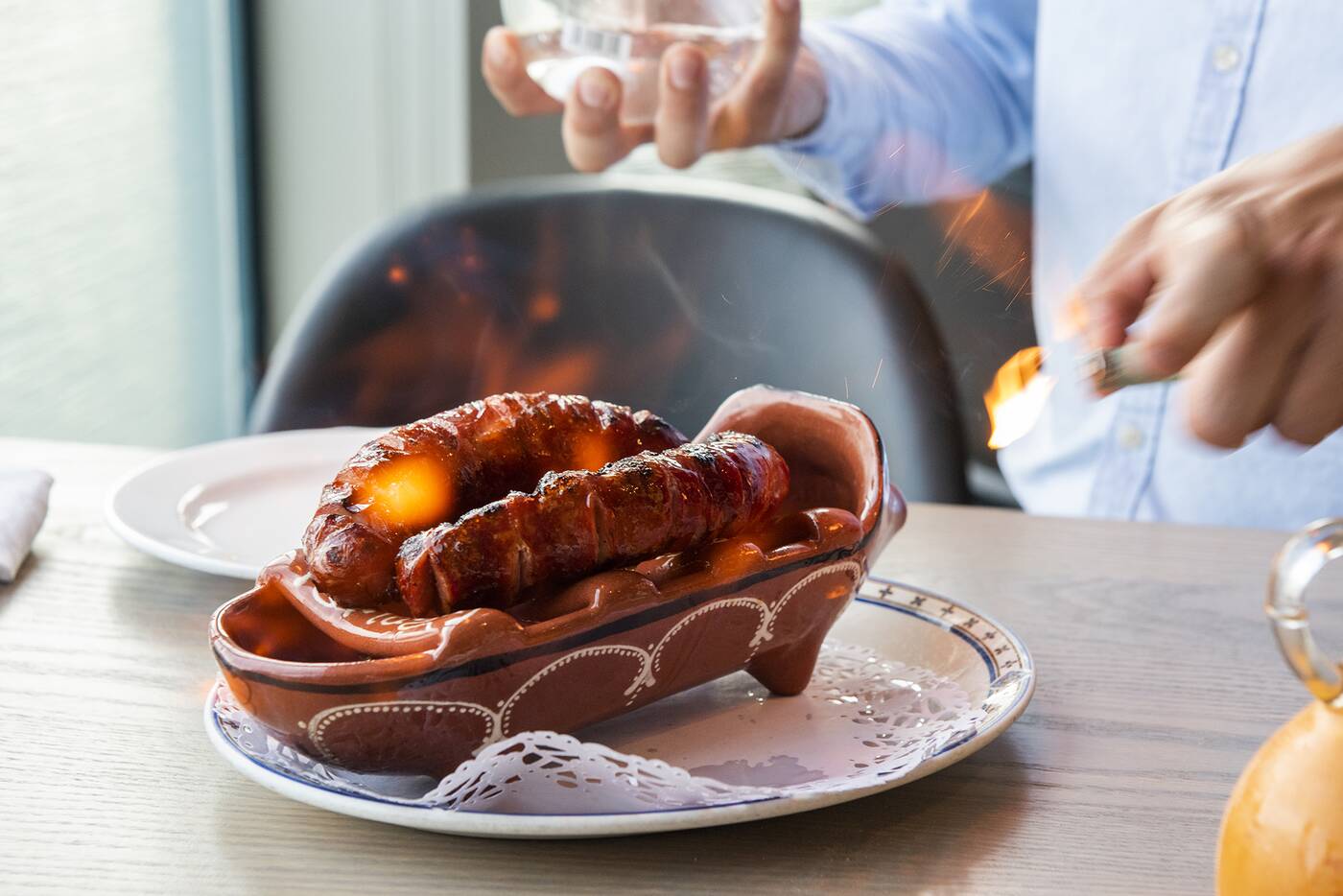 Grilled smoked chorizo sausage ($12 for a half order, $19 for a full order) is flamed in grappa in textbook fashion, a technique that’s meant to burn off a bit of the fat from the sausage. 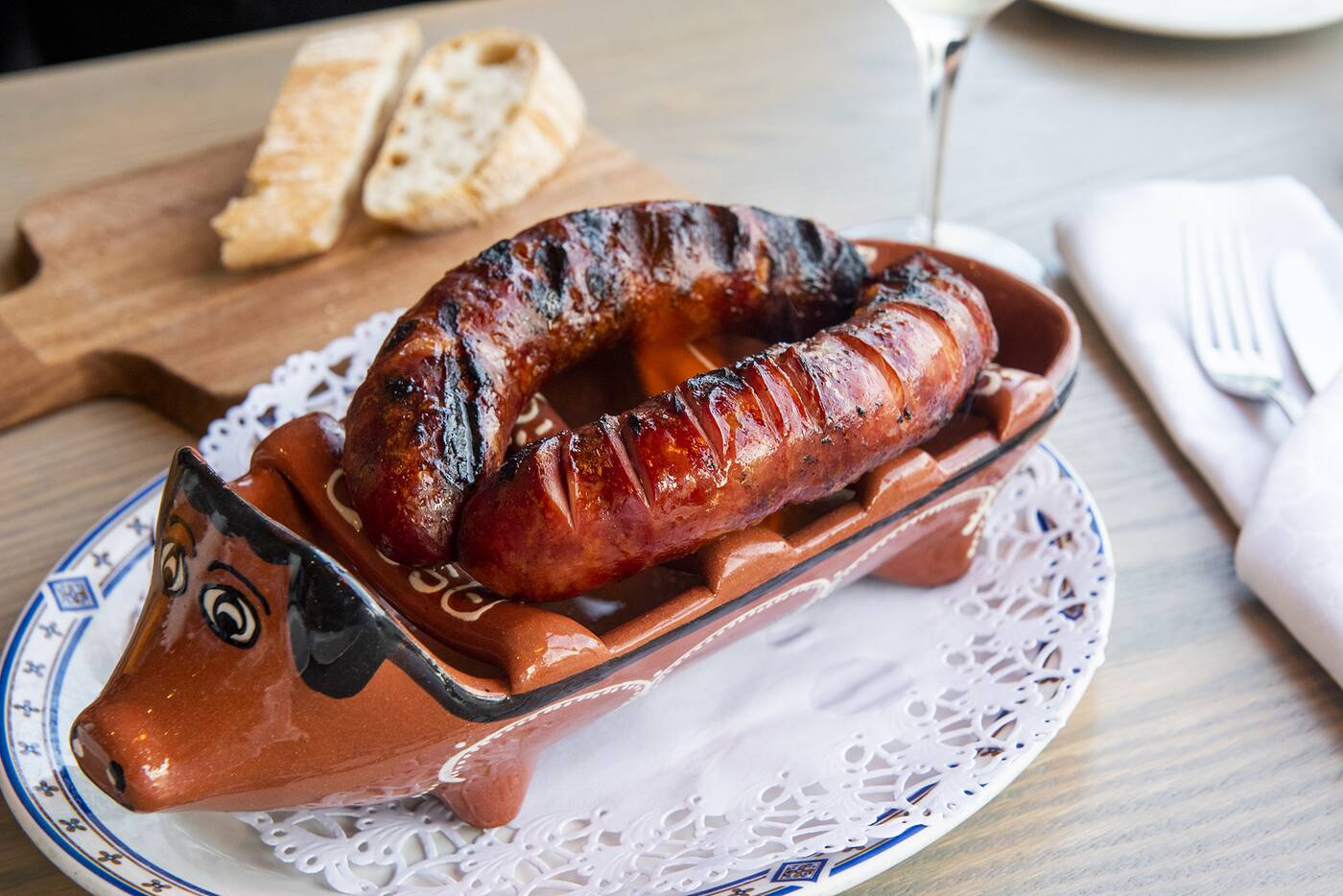 It’s also meant to be evocative of the way sausage in Portugal is traditionally grilled with grappa. Hearty, smoky, still a little fatty and snappy, the sausage is entirely pork. 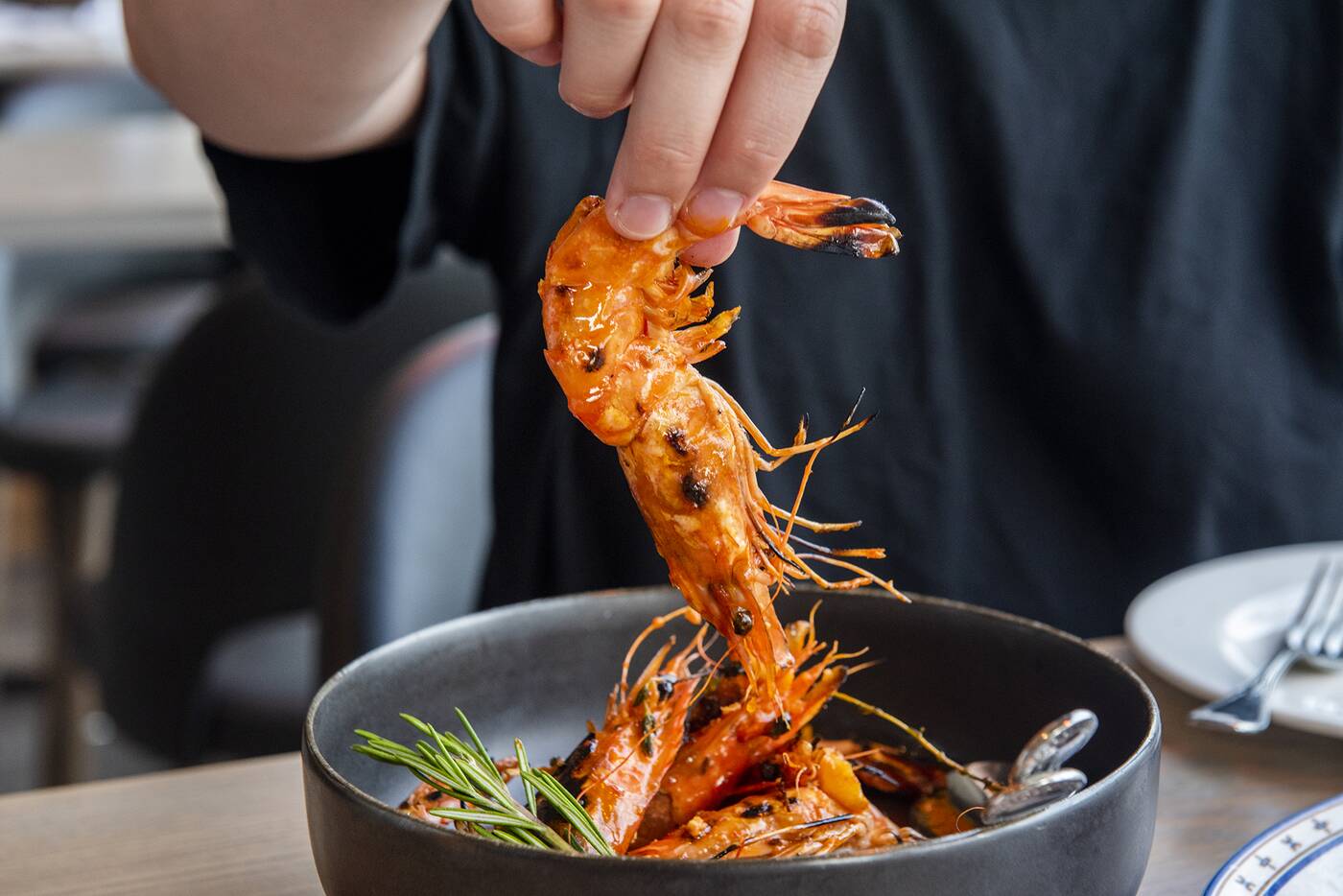 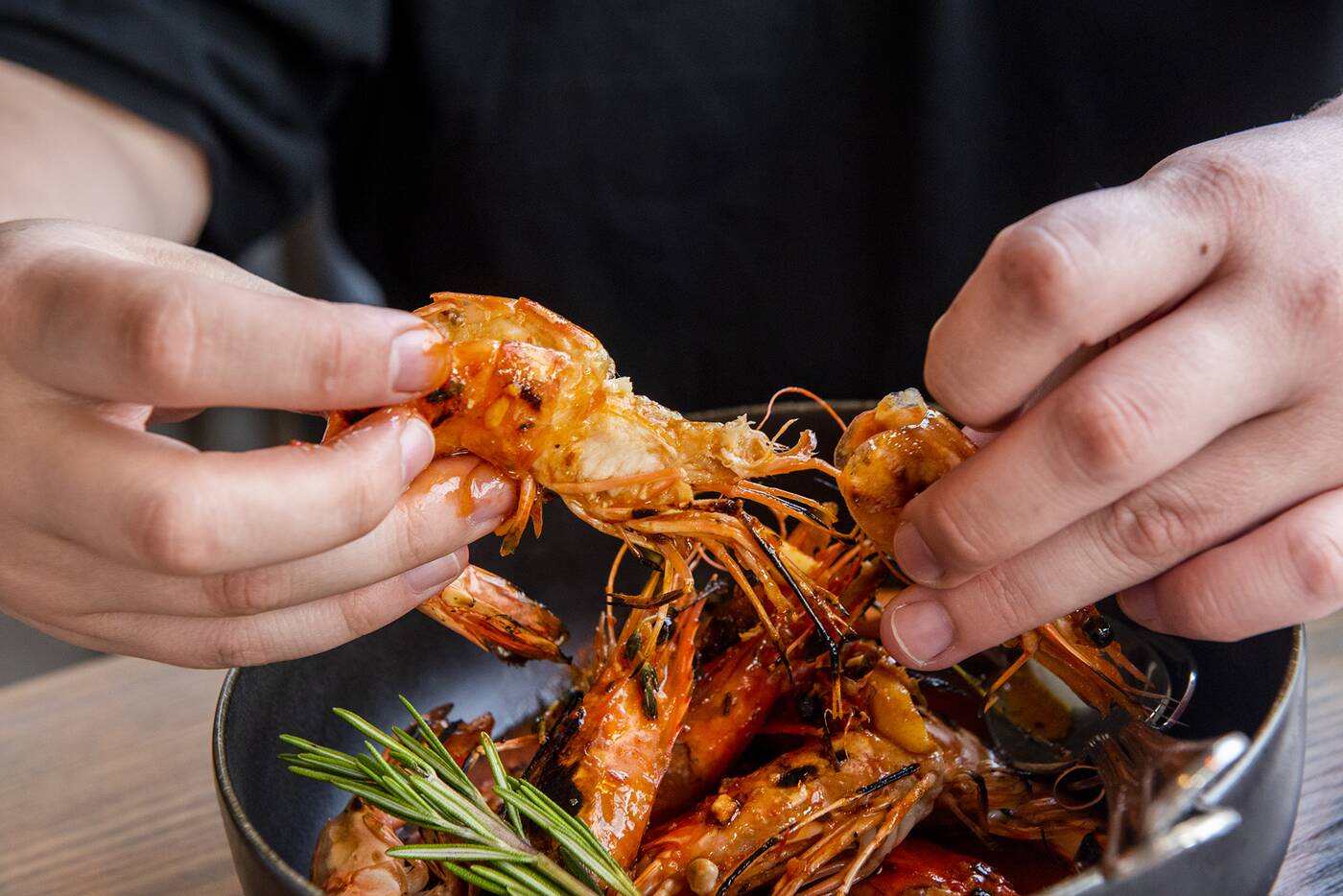 A couple don’t seem properly deveined which is displeasing aesthetically, but when you peel off a shell to reveal perfectly snow white flesh dripping with messy, mildly spicy sauce, it’s heavenly. 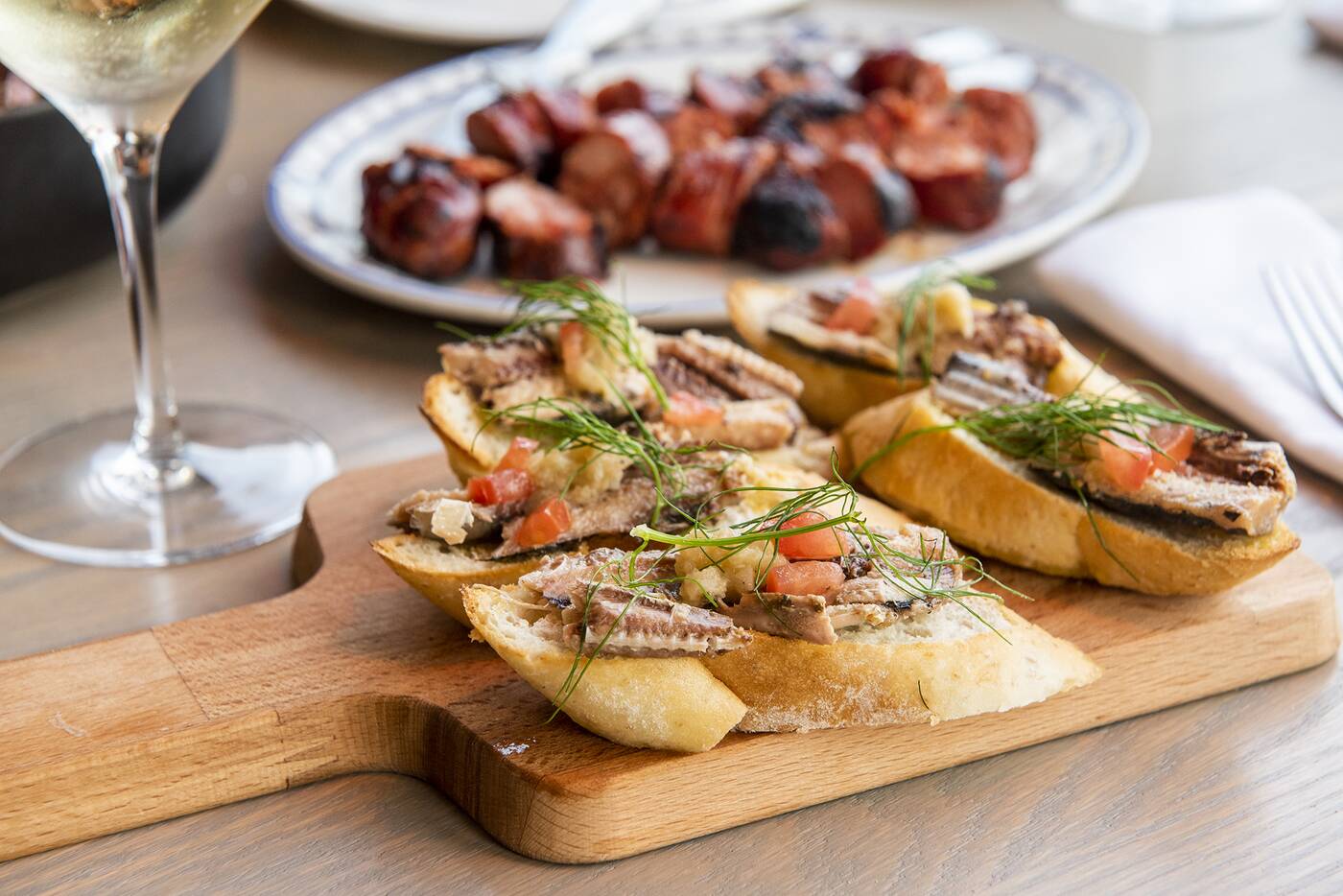 Sardina bruschetta ($15) is addictive, oily and briny with a little fennel-lemon preserve on top that cuts through the fishy saltiness. 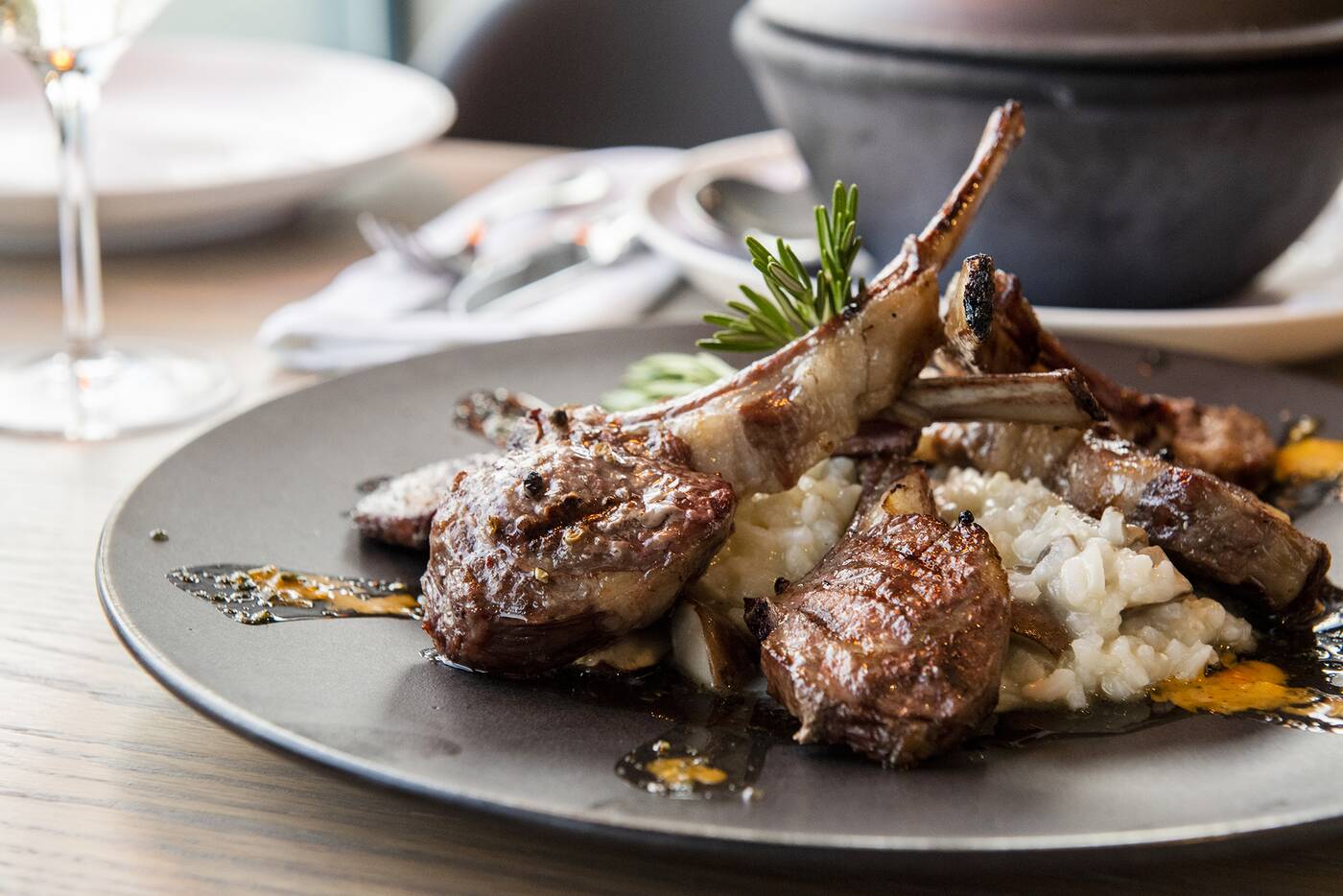 Rack of lamb ($35) is served as grilled chops over a dense, creamy mushroom risotto with an herbaceous mint sauce that’s great blended with a few drops of piri piri. 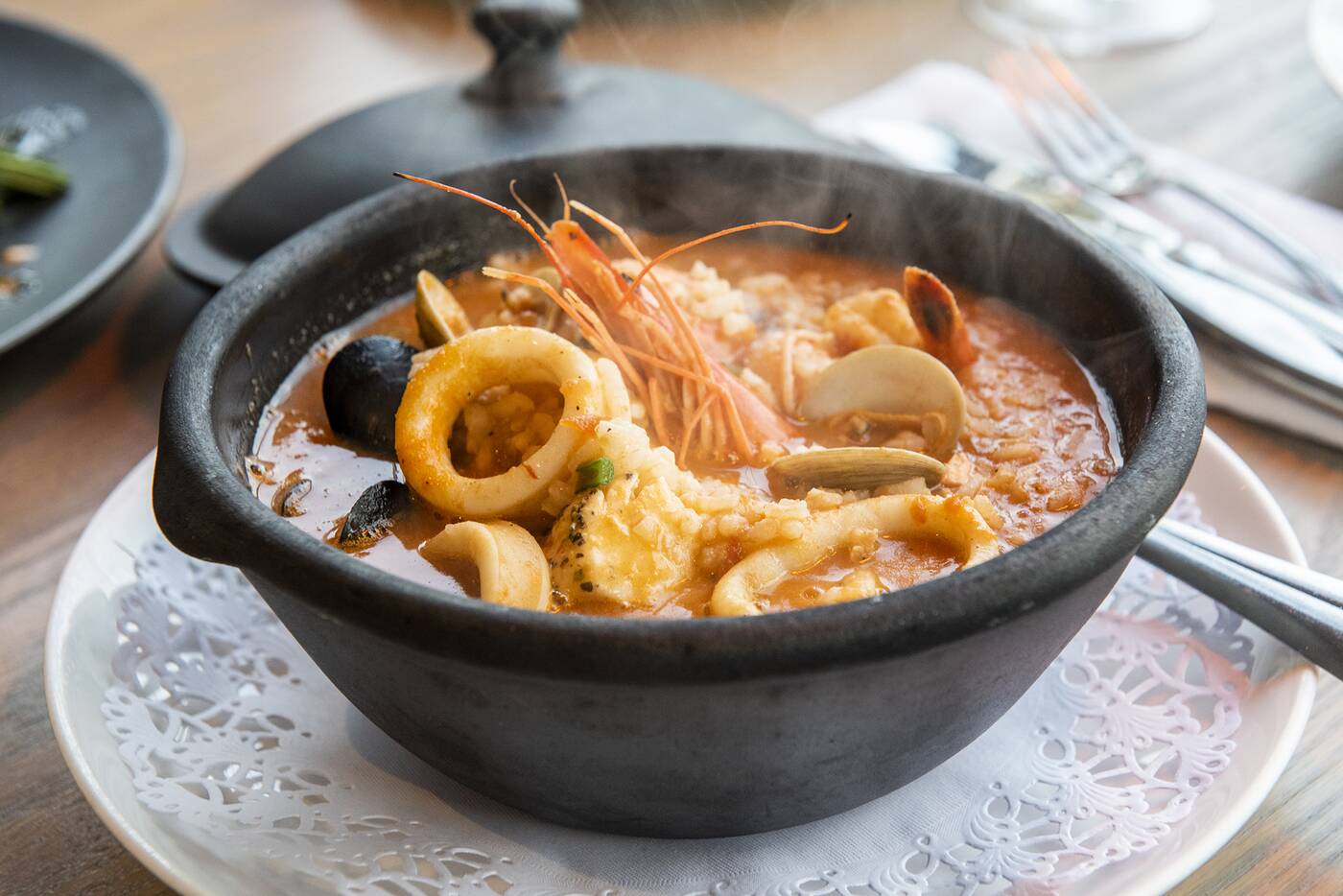 Fish stew comes in an order for one for $35 or for two for $70, a classically Mediterranean huge steamy pot filled with a bouillabaisse of risotto-like rice, mussels, tiger shrimp, squid, salmon, halibut, scallops, peppers, scalloped potatoes and a deeply flavourful tomato broth. 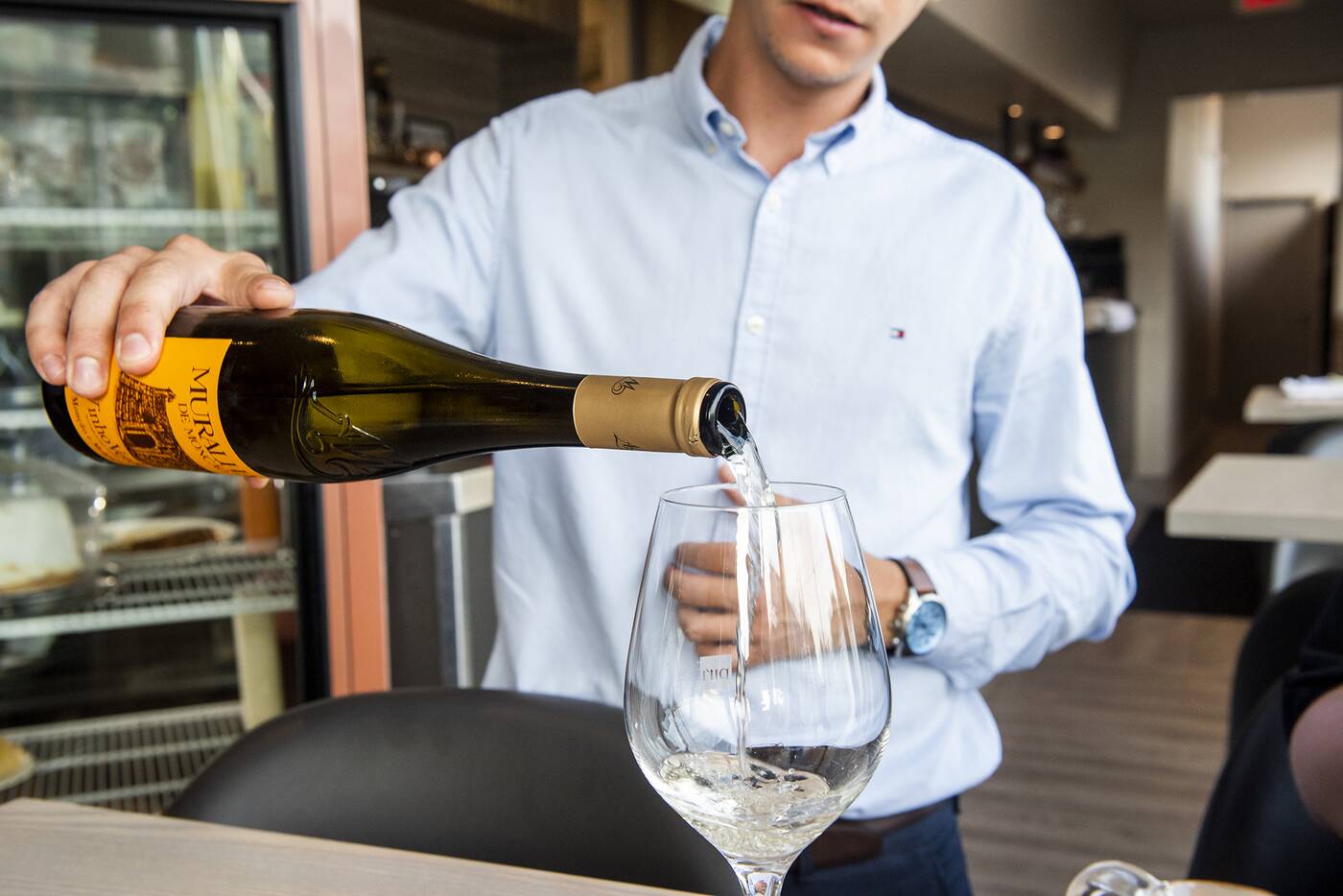 A bottle of Muralhas de Moncao for $42 a bottle is a Portuguese vinho verde has a little bit of sparkle and is especially complementary to the fish dishes here, though it goes great with everything despite a slight sweetness. 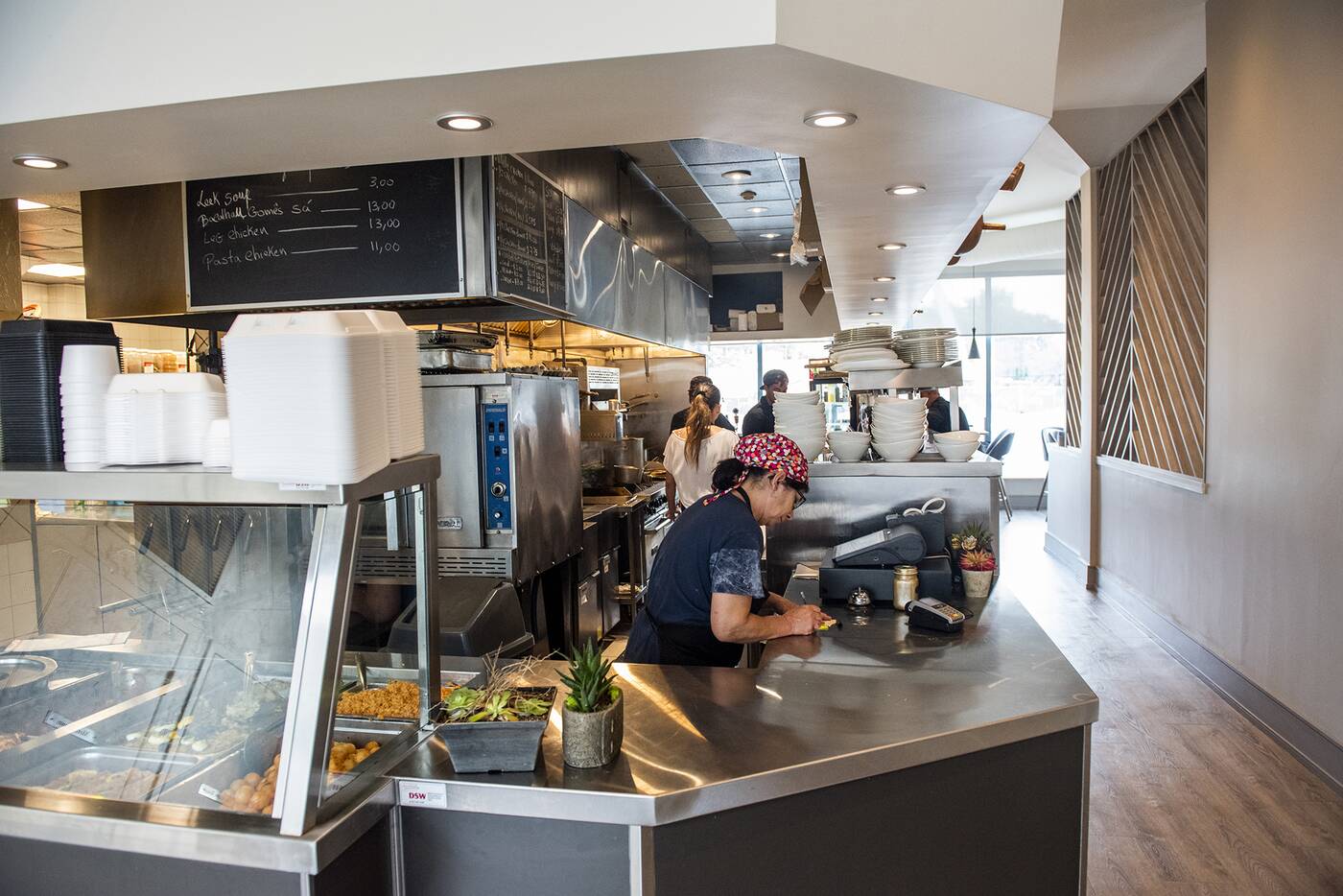 There’s also a takeout space with its own entrance at one end of the restaurant, and the refurbished interior is decorated with maps of Portugal. The owner here helped found Chiado. 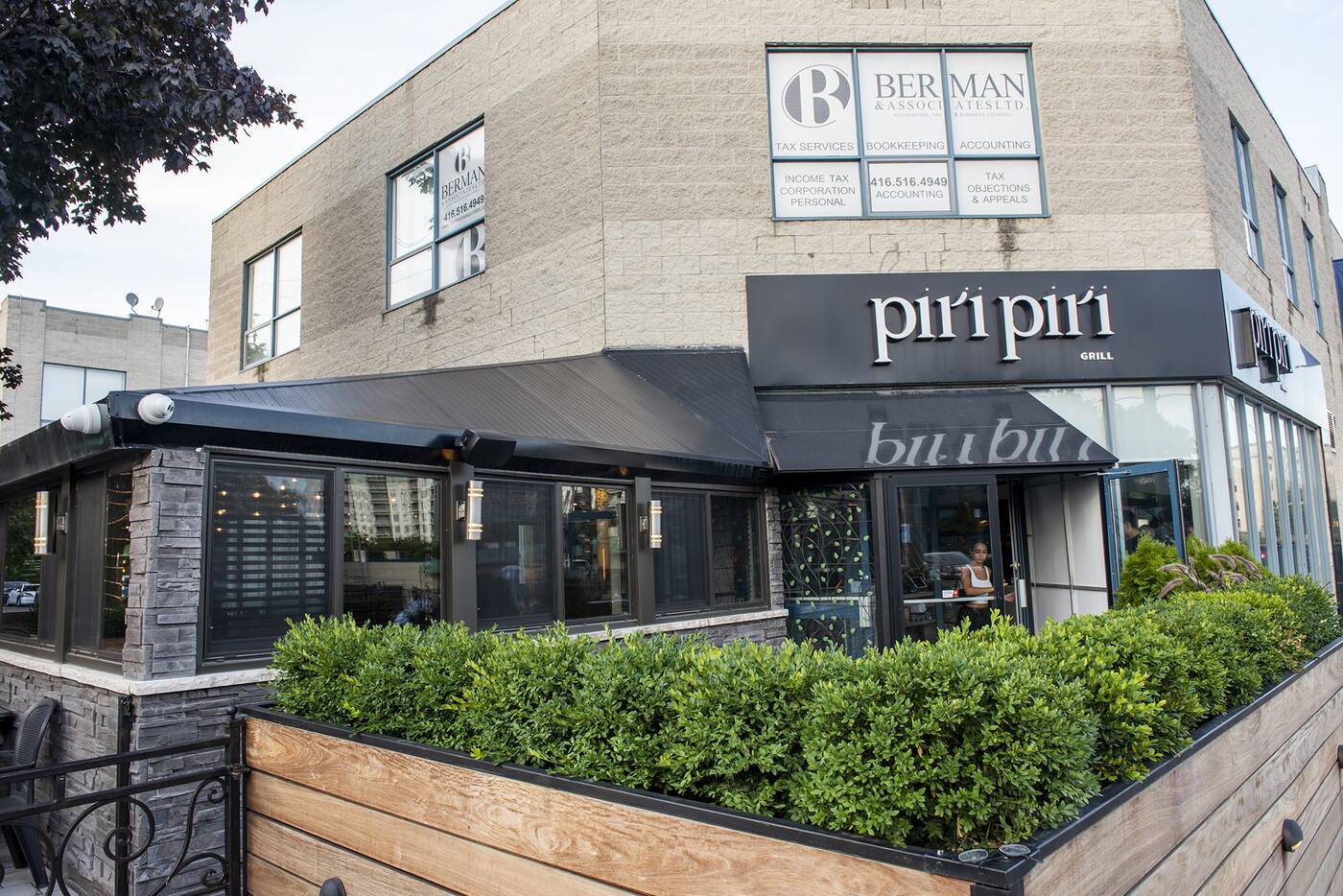 The Best Portuguese Restaurants in Toronto