Fears that a 107-year-old bank in Toronto could soon meet the wrecking ball can finally be put to rest.

It's been decided that the former Dominion Bank branch at 421 Roncesvalles Ave. will no longer be torn down by Propeller Developments Inc., the owner of the property.

Propeller has had multiple proposals for the southeast corner of Roncy and Howard rejected by the city since 2014, including pitches that would have allowed to stay the bank intact. 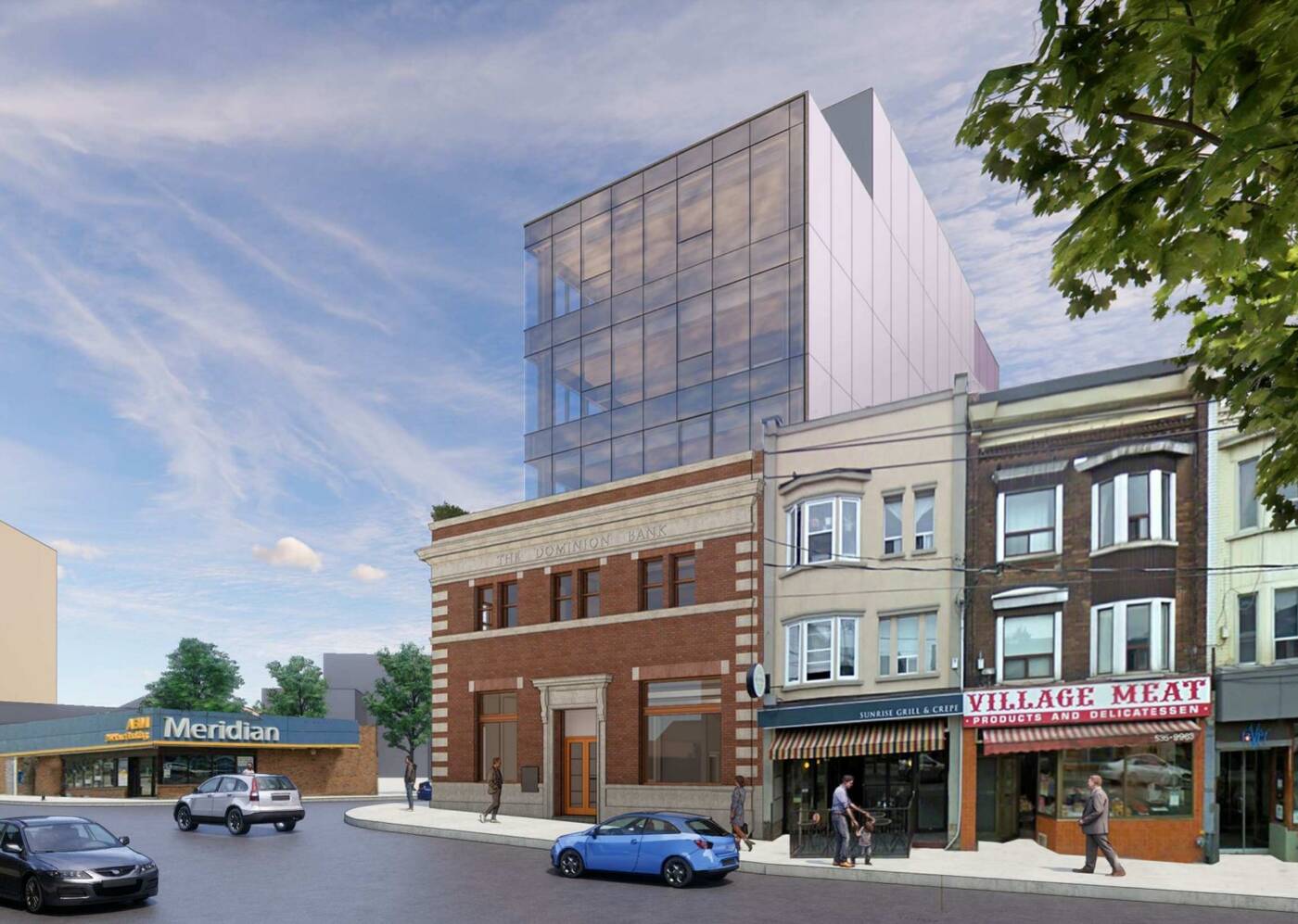 New renderings have been released for a new office building slated to sit atop the heritage Dominion Bank on Roncesvalles. Photo by superkül via City of Toronto submission.

But one of its most recent proposals in 2018 suggested tearing down the two-storey building completely, causing uproar among local community members who feared its removal and replacement with a commercial building could change the character of the neighbourhood.

That proposal was swiftly rejected by the Toronto Preservation Board. 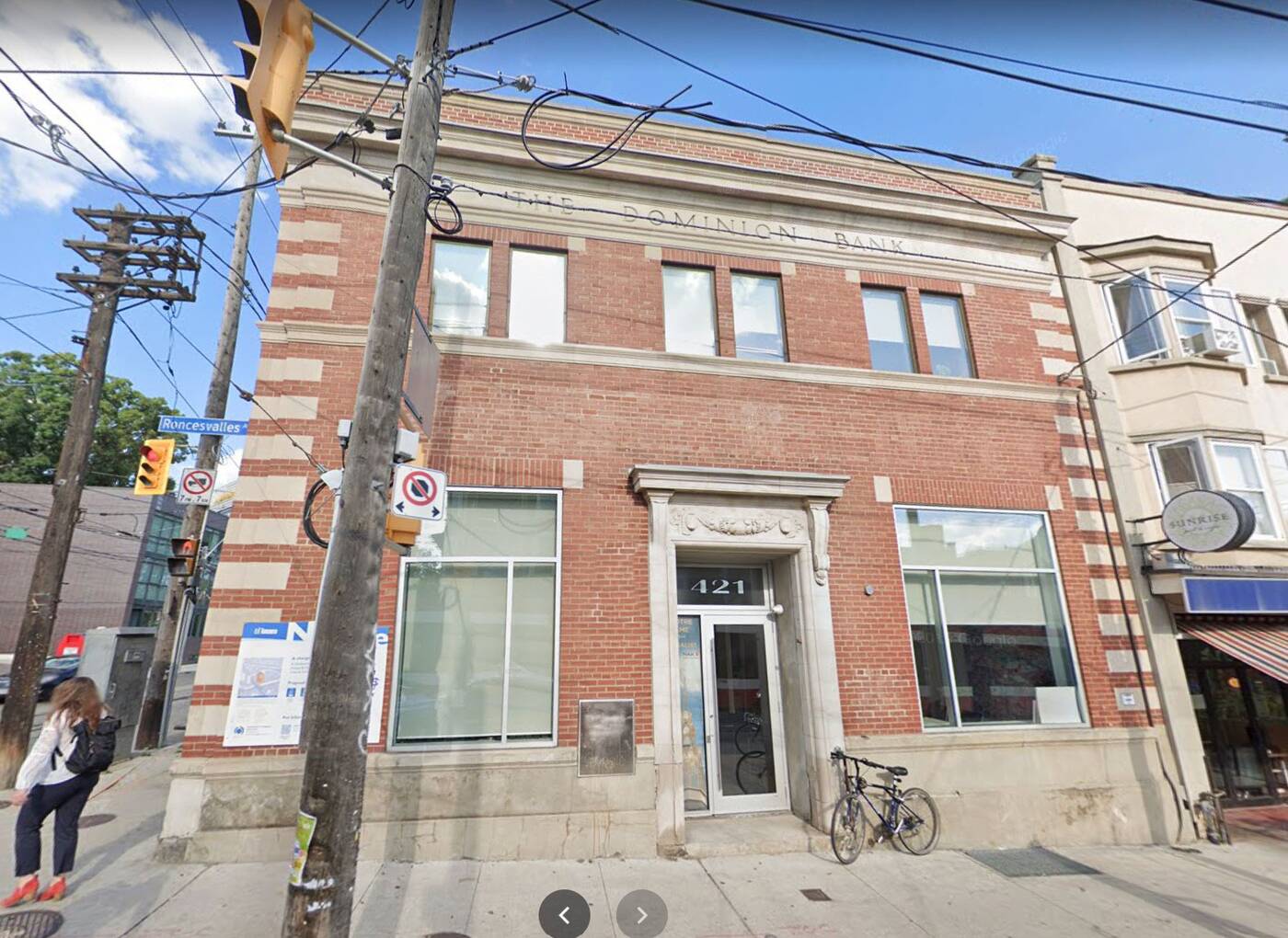 The bank at 421 Roncesvalles was built in 1914 and was added to Toronto's heritage registry in 2017. Photo via Google Maps.

Walk by the old bank today and you'll see that it acts as an anchor for the area. The building, with its Edwardian Classical detailing, was built in 1914 by famed architect John M. Lyle, who worked on more than 20 branches of the Dominion Bank.

It was added to the city's heritage registry in 2017, a few months prior to Propeller's proposal to tear it down. 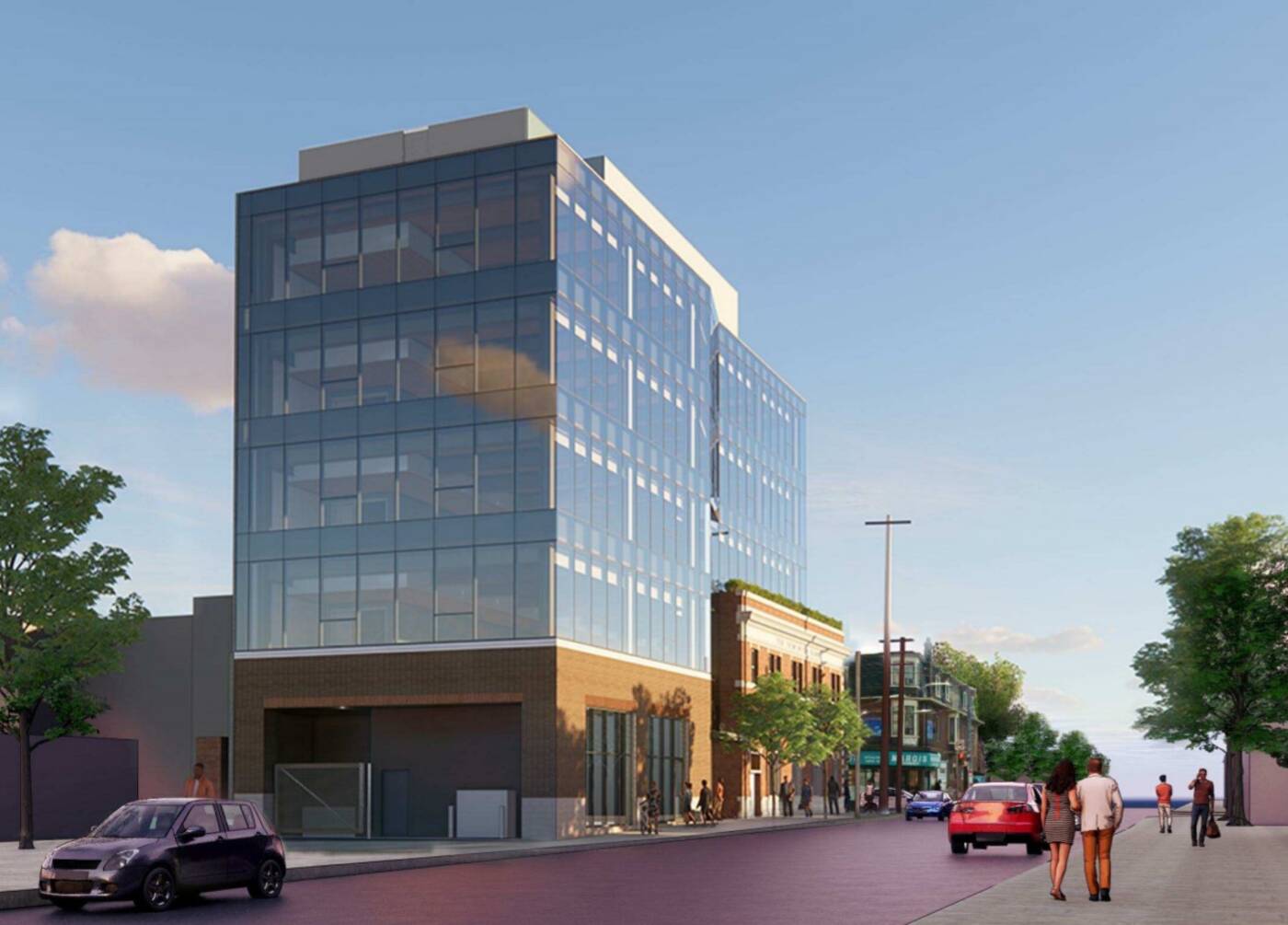 The proposal to tear down the bank has been scrapped. Property owner Propeller has pitched a five-storey office building. Photo by superkül via City of Toronto submission.

The City came to a settlement with Propeller in 2019, and approved plans for a five-storey office building.

The developer, along with NAK Design and superkül, has put out a new and presumably final proposal that should put heritage building advocates at ease. They've just released renderings for that plan. 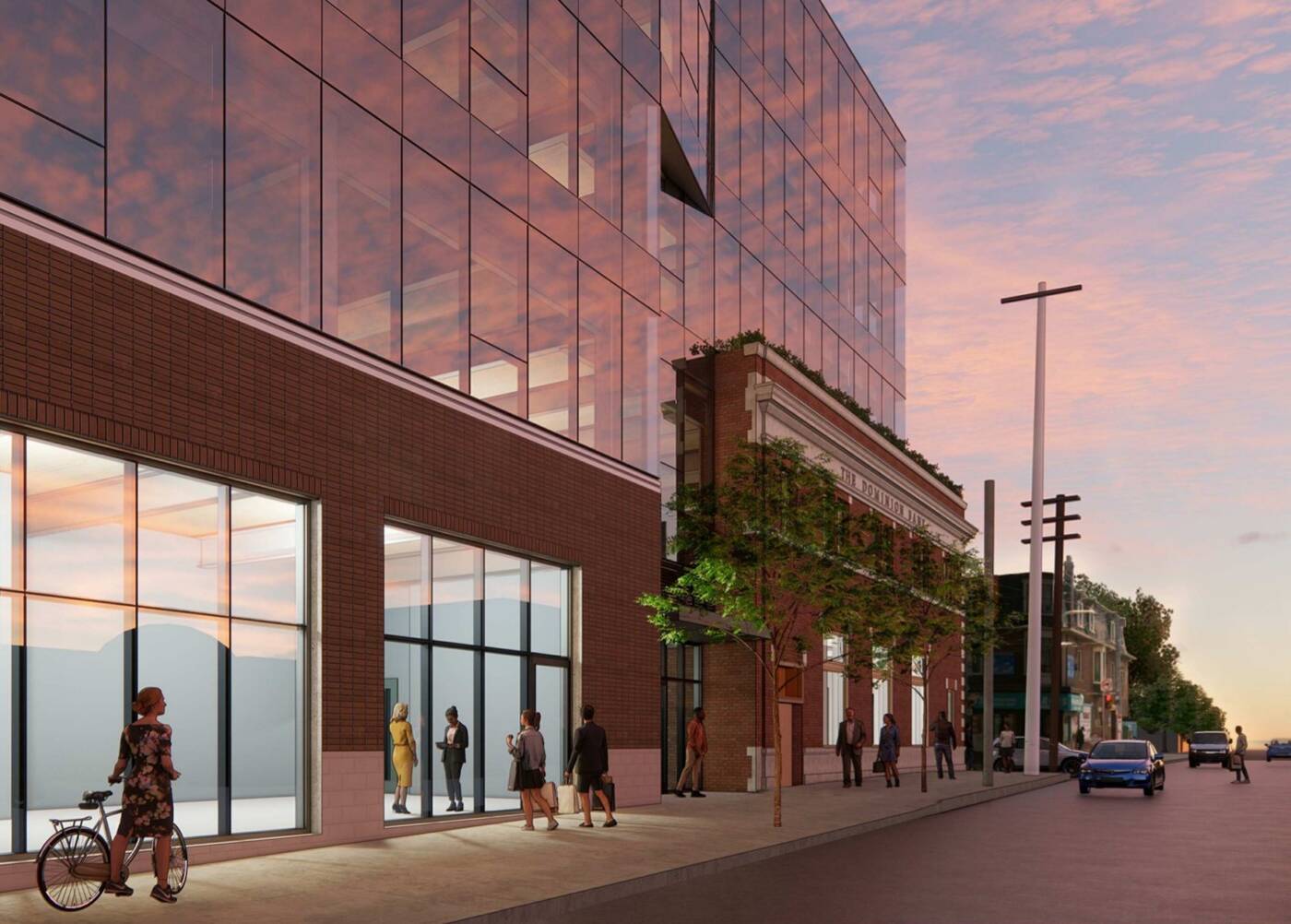 The proposal was okayed by the City in 2019 and will see the heritage building preserved. Photo by superkül via City of Toronto submission.

Sitting at five storeys total, the new blue-tinted building will sit atop the restored Dominion Bank as the base, complete with a restaurant and retail space.

Rising above that will be four floors of office space. The parking lot that currently sits behind the site will be replaced by a building extension. There won't be any parking, given the site's proximity to public transit, though there will be some bike spaces available in the basement.