Many Toronto mansions come with pools, epic backyards and cool wine cellars but it's rare to find one with its own basement shooting range and 50s diner.

A mansion for sale at 9 Flaherty Lane in rural Caledon for $6.8 million might be one of the most unusual properties on the market in Ontario. 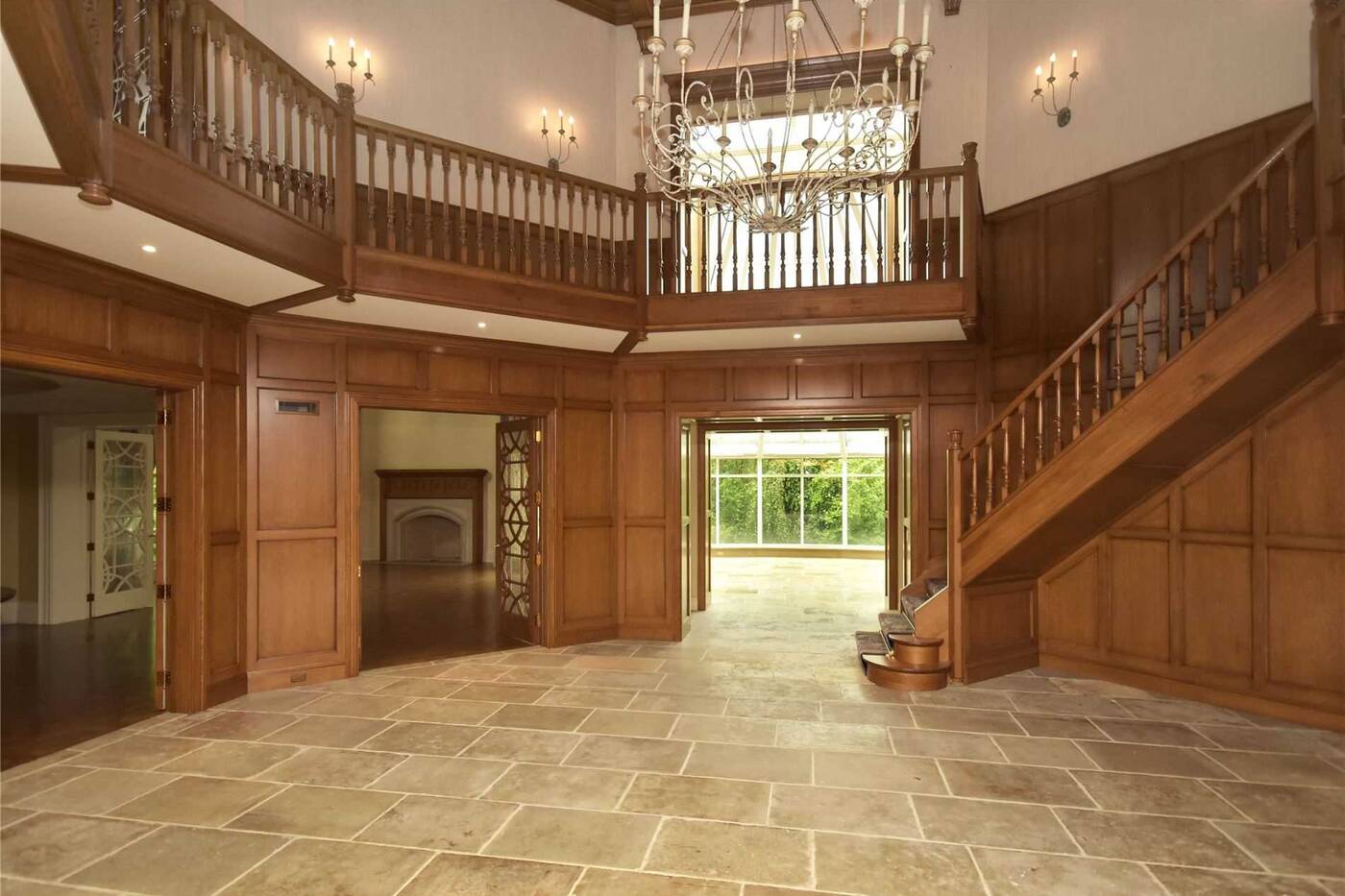 Doors hide in the wood panelling when closed in this home. 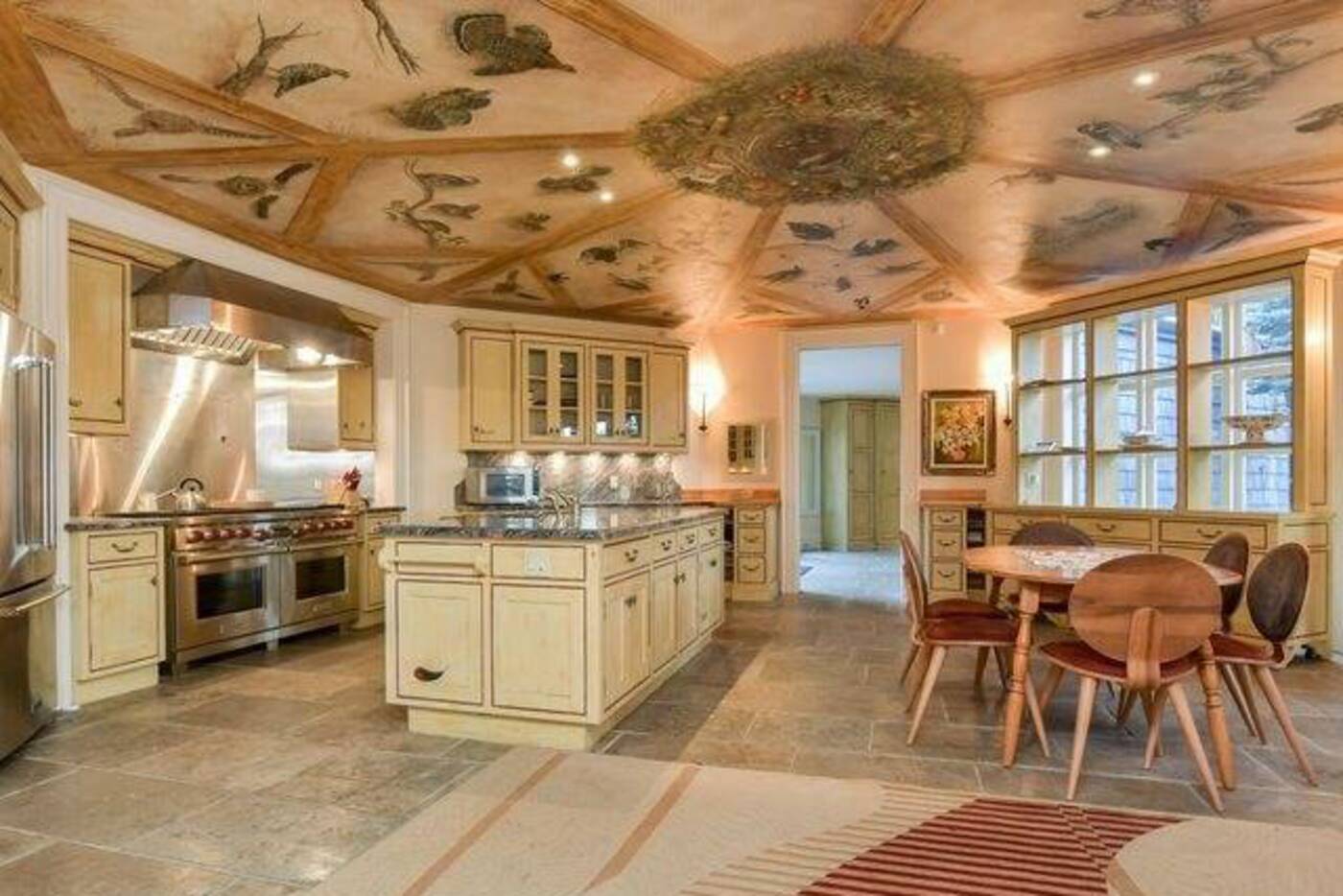 One kitchen has a hand-painted mural on the ceiling.

Built in four stages, the octagonal home started construction in 1993 and finished in 1998, the current home owner, who wishes to remain anonymous, told blogTO. He bought the home in 2016 after Raynault moved to British Columbia. 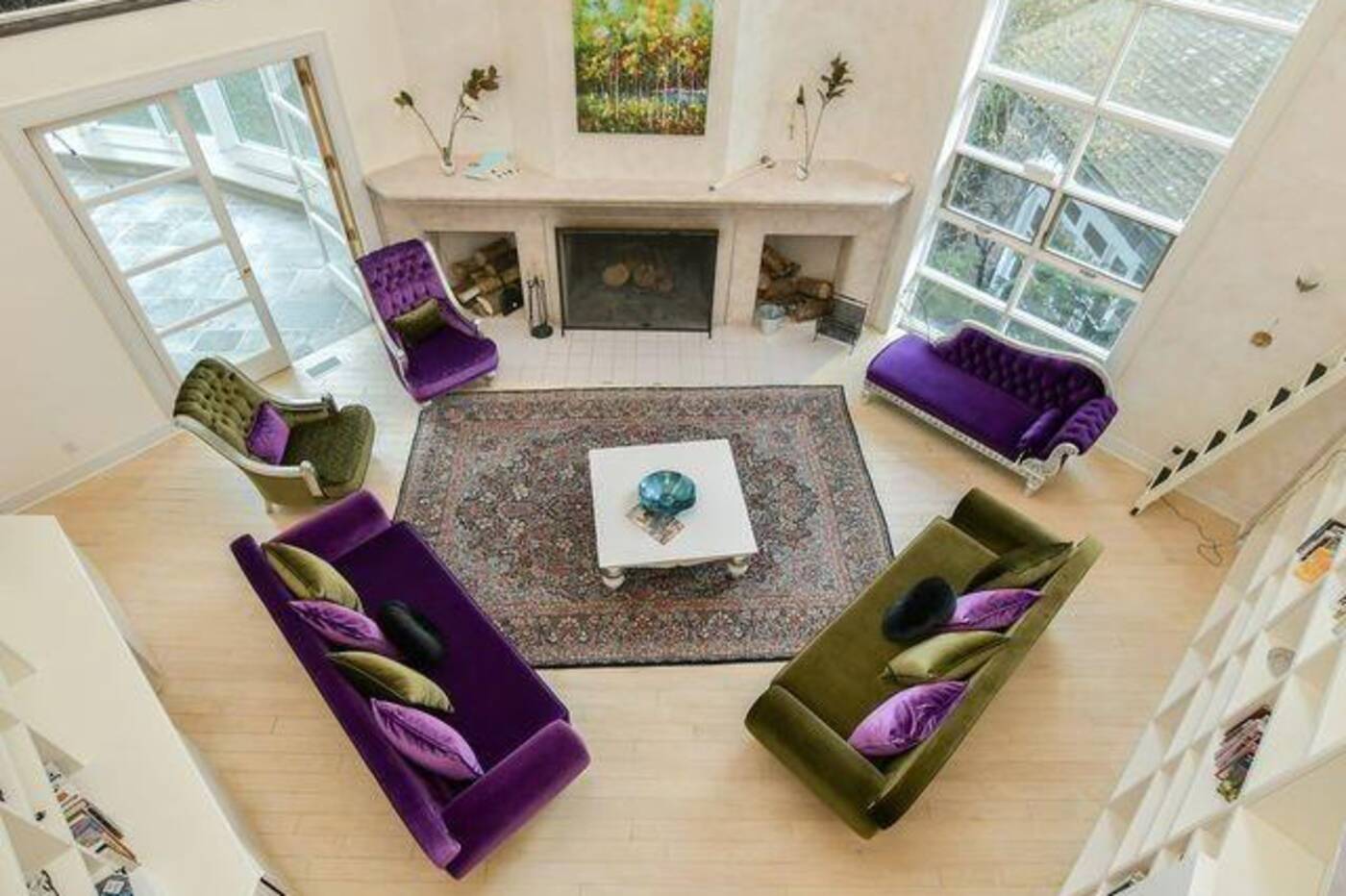 The current home owner's favourite room is this family room with tall windows.

The home has an eccentric collection of 18 rooms including an indoor firing range, a two-storey library, a games room, an indoor pool, a recording studio and a 1950s style diner kitchen. There are six bedrooms above grade and 13 bathrooms in total. 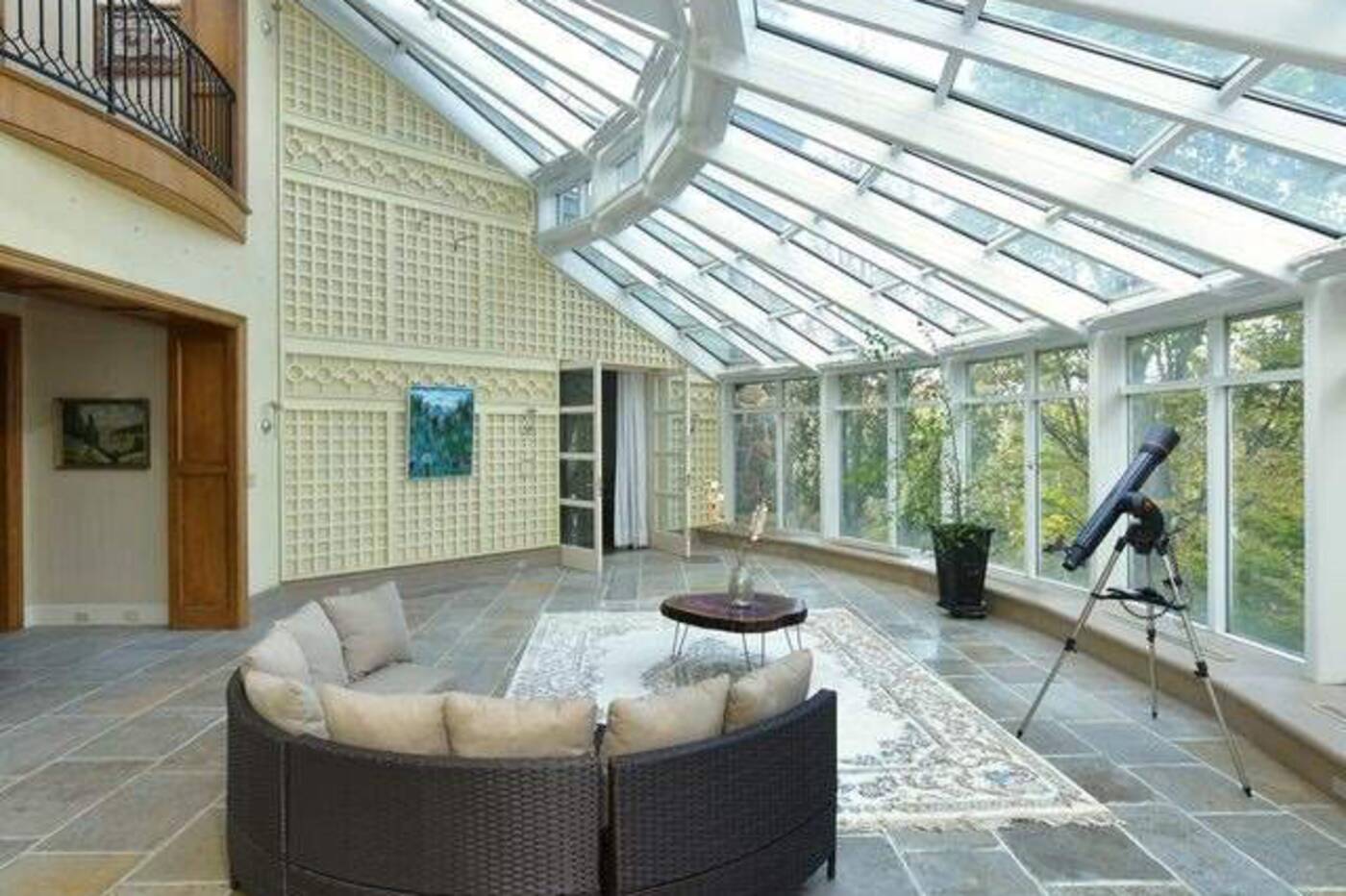 A conservatory offers a chance to look out at the stars.

"Each room is shaped in a very different charm and taste yet when you look at all of them together, they fit very nicely," he said. 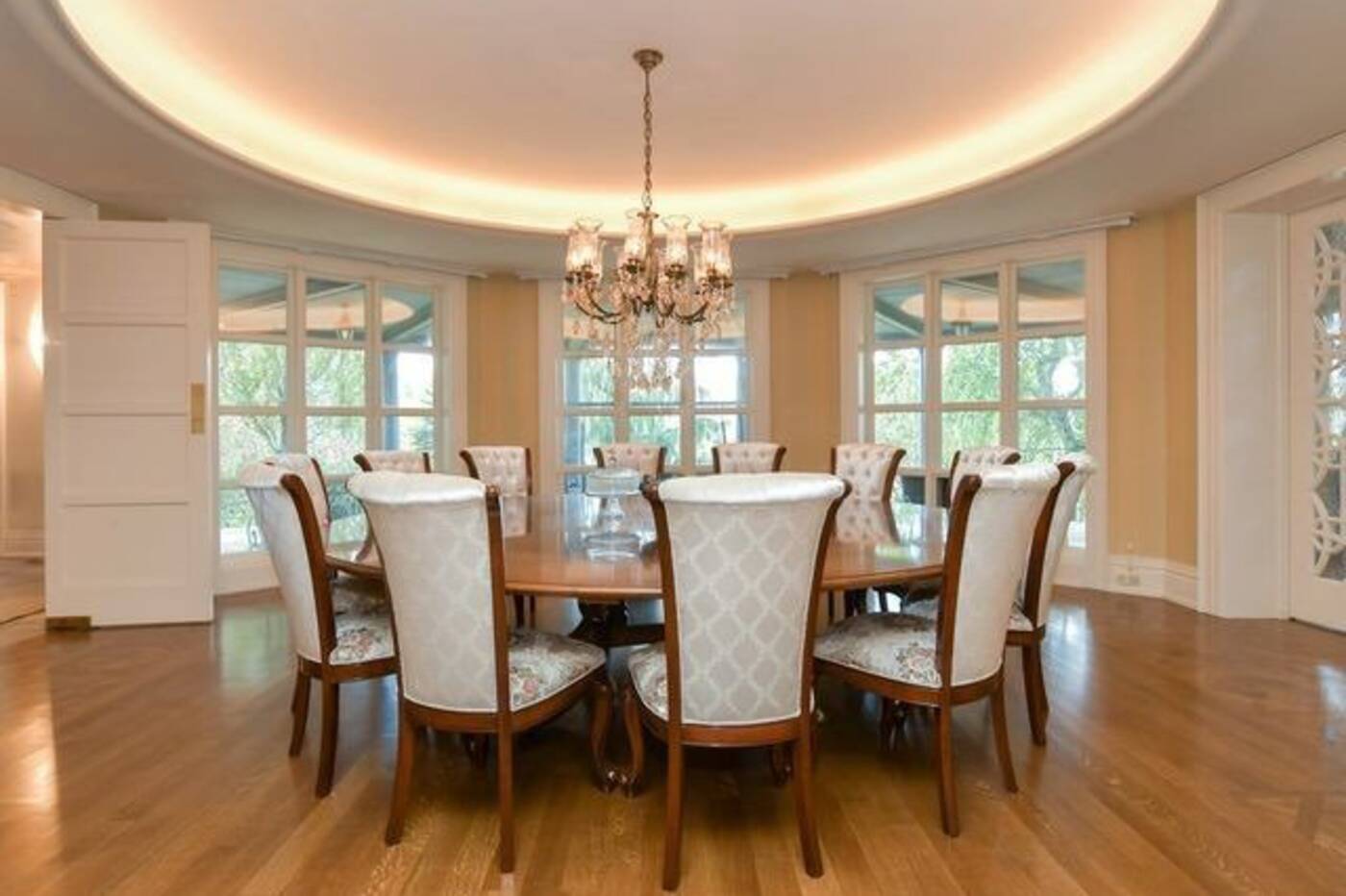 The dining area is bright.

At the entrance way there are secret doors hidden in the panelling — one leads to a kitchen and the other to the guest washrooms. 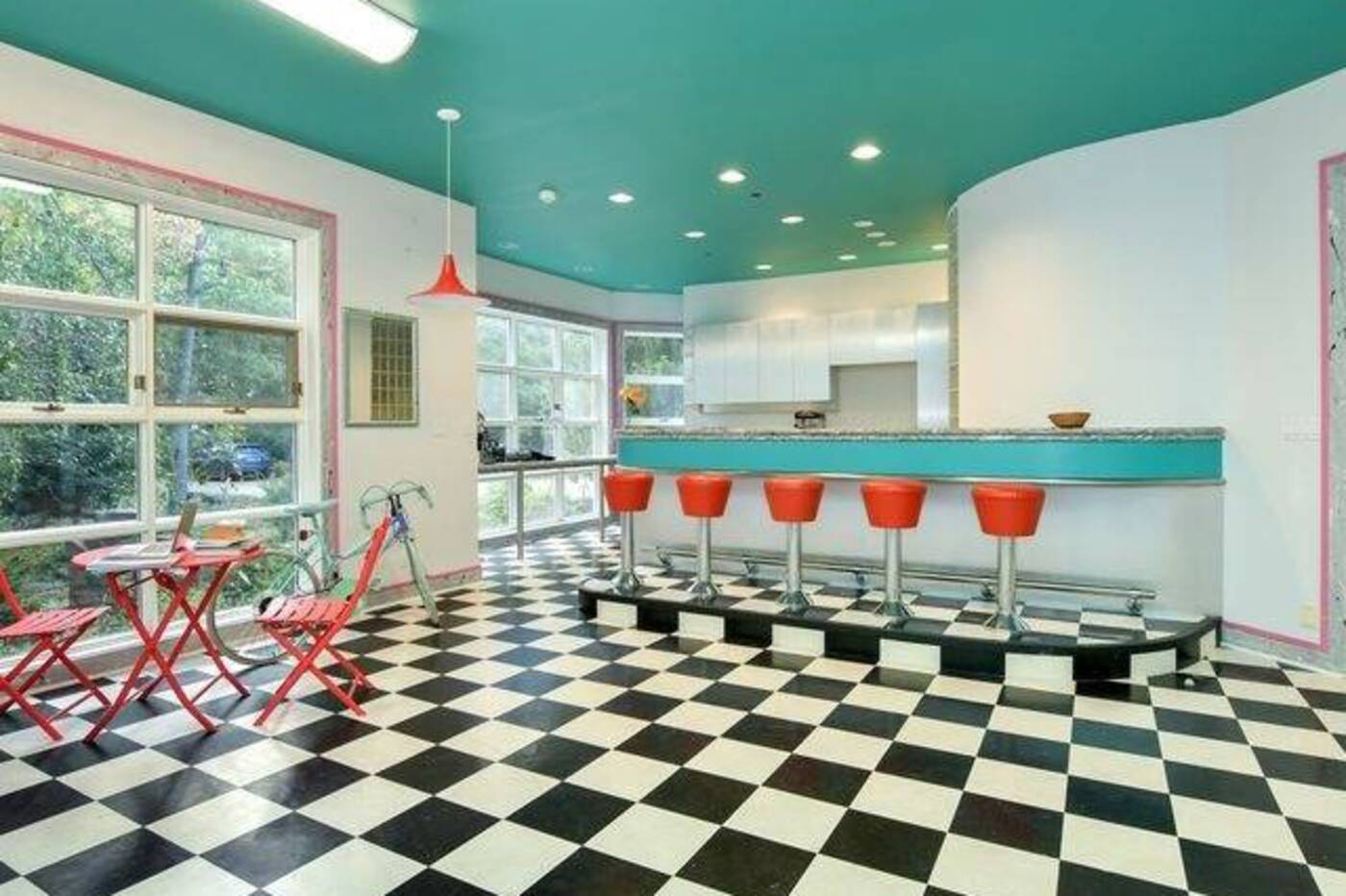 The 1950s style diner is a functioning kitchen used by the current family.

The 50s style diner is a functioning kitchen, which gets a lot of light in the morning.

"It is pretty good for breakfast." 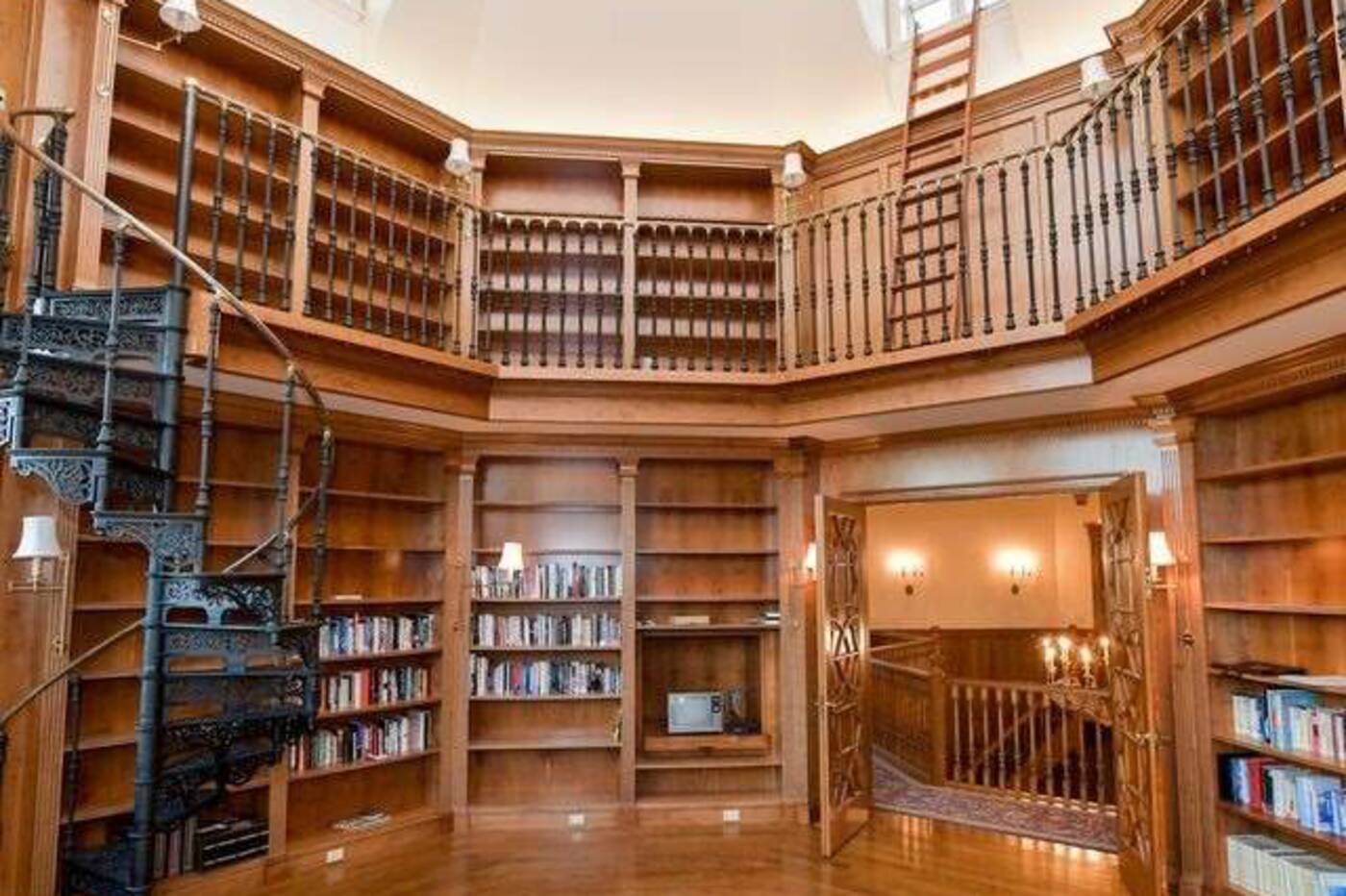 The two-storey library has a spiral staircase.

In the evening, the family likes to use another kitchen. This one has a hand-painted mural on the ceiling, which took three months to paint with the artist lying on a scaffold, said Baguley. 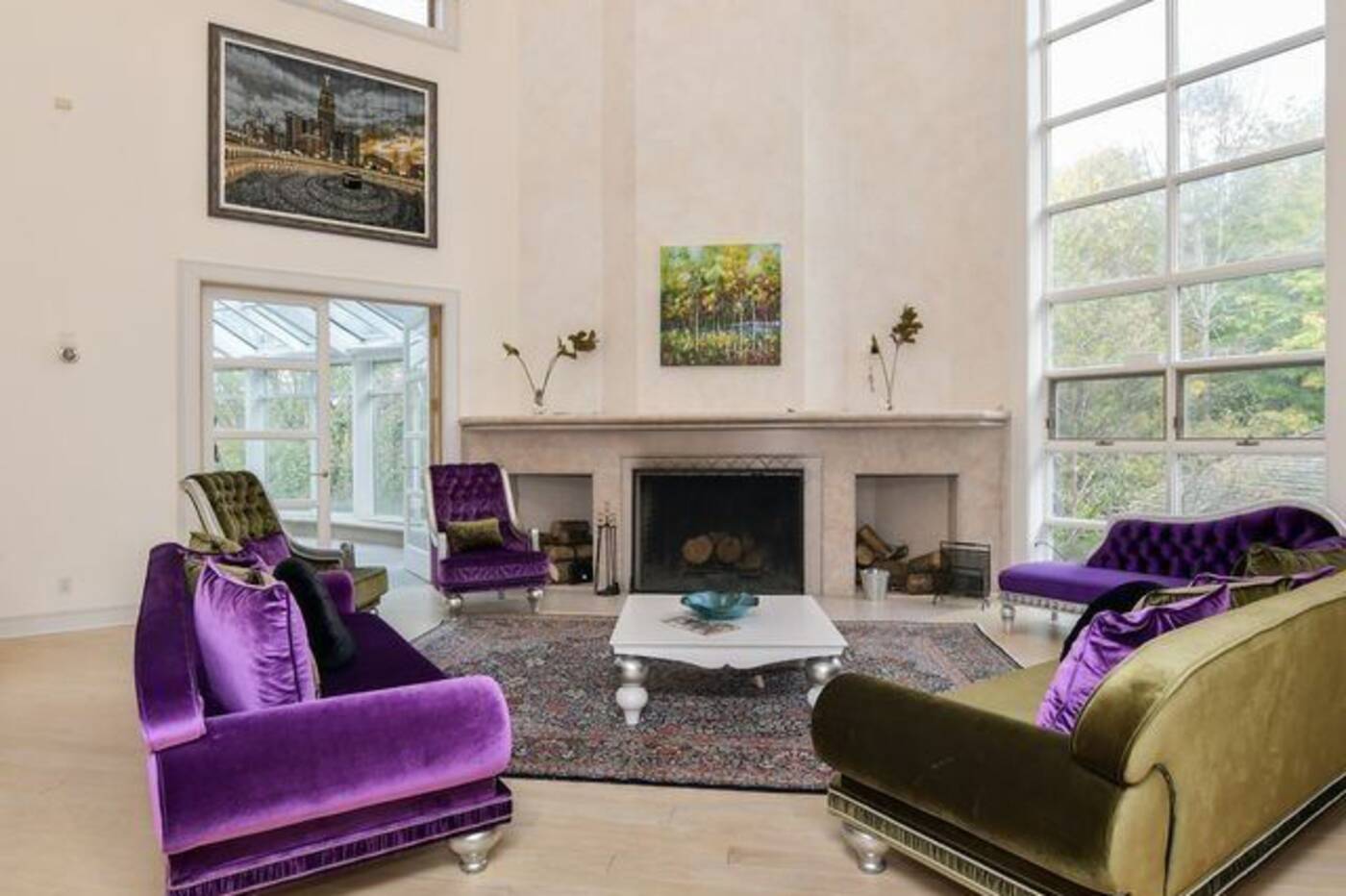 The family room also has a fireplace.

The current home owner likes the family room best where there are 23-foot high ceilings and tall windows taking in the view.

The library decked out with wood panelling and spiral staircases.

"The library is just like the White House," he said. 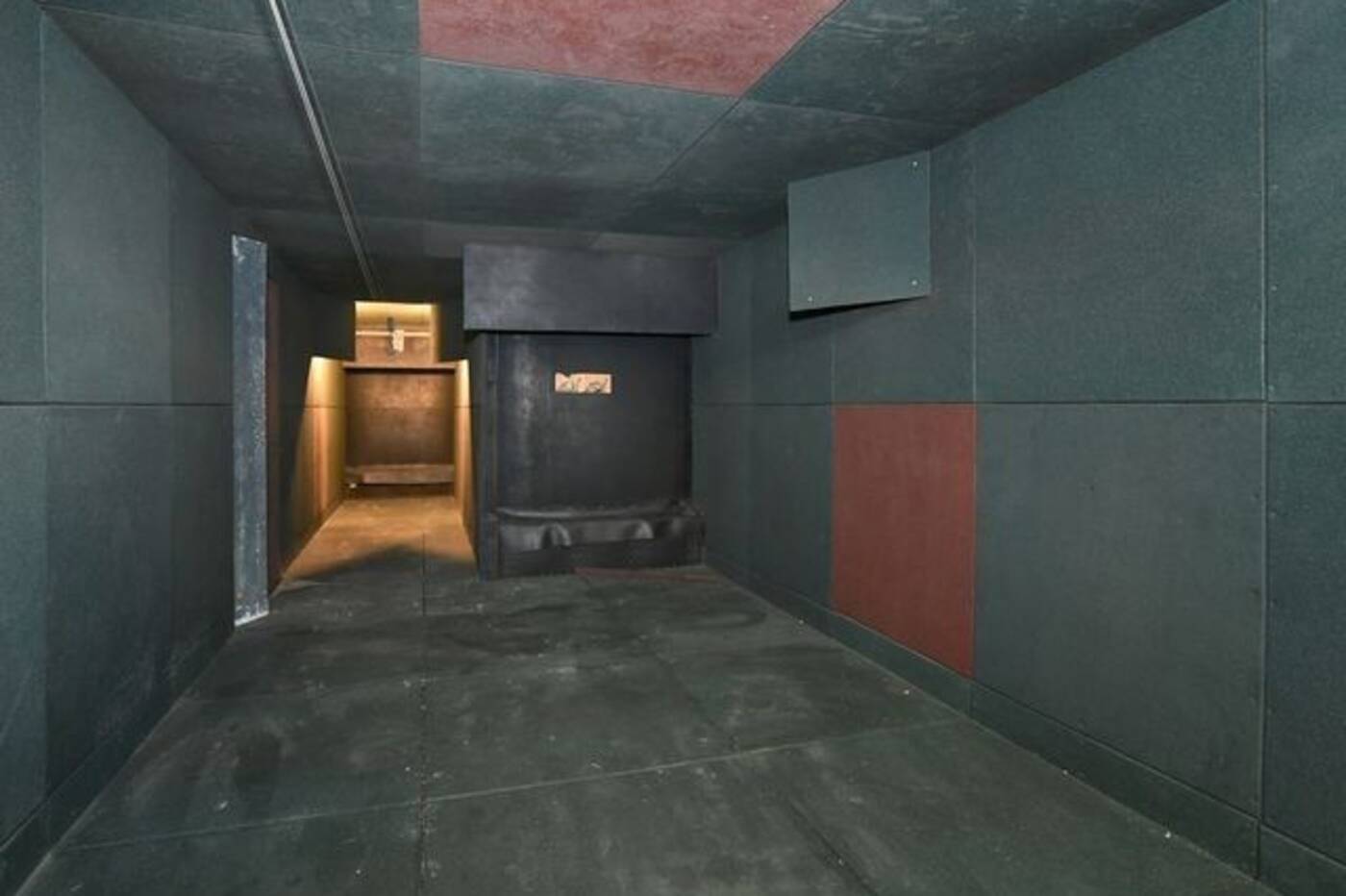 The firing range in the basement has rubber walls.

"Commonly you would see a wine cellar in a huge house like this but there isn't." 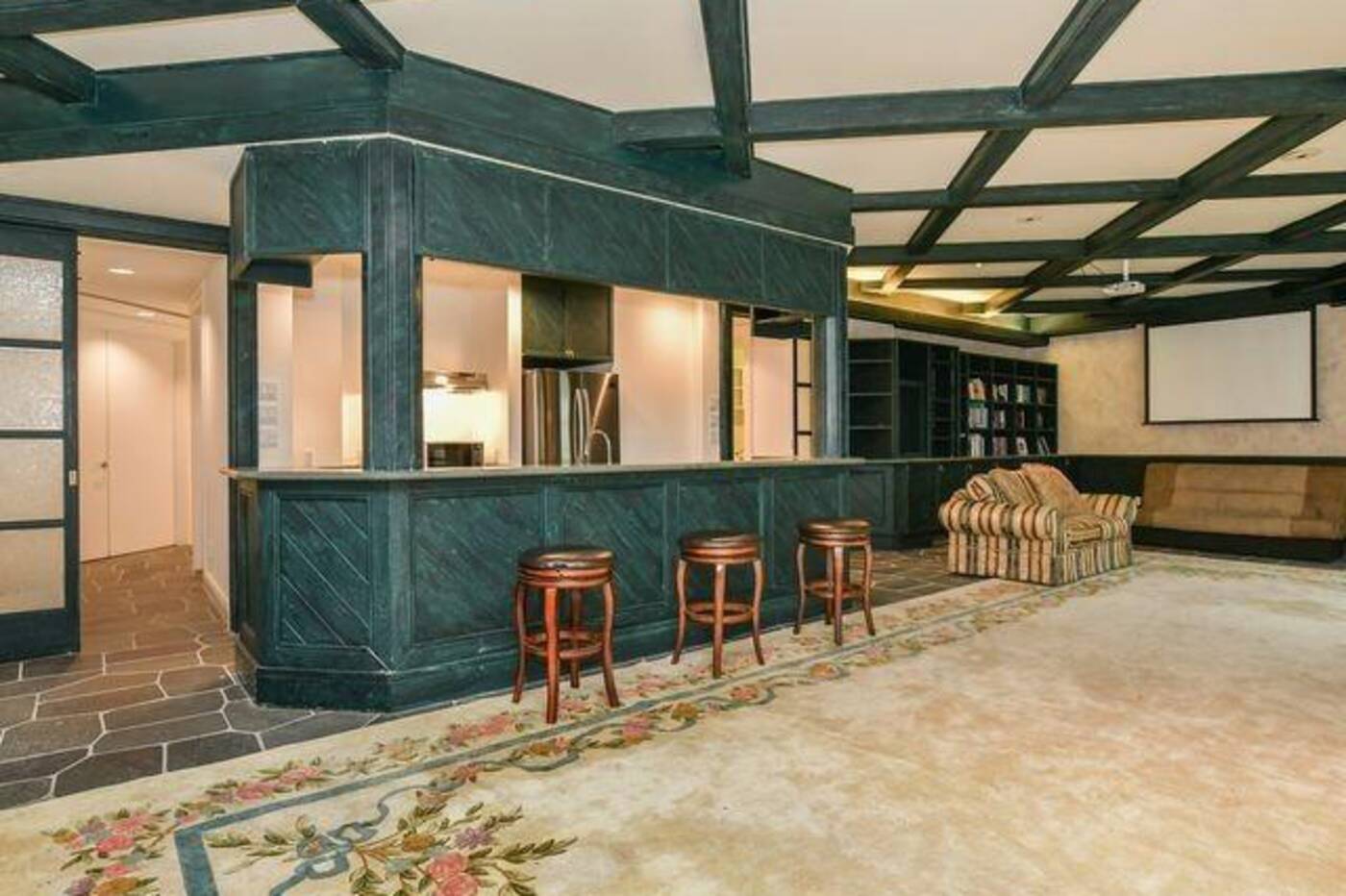 The wet bar downstairs is as big as some pubs.

There is a wet bar in the basement family room.

The recording room have layers of wood on the walls and ceiling for sound-proofing. 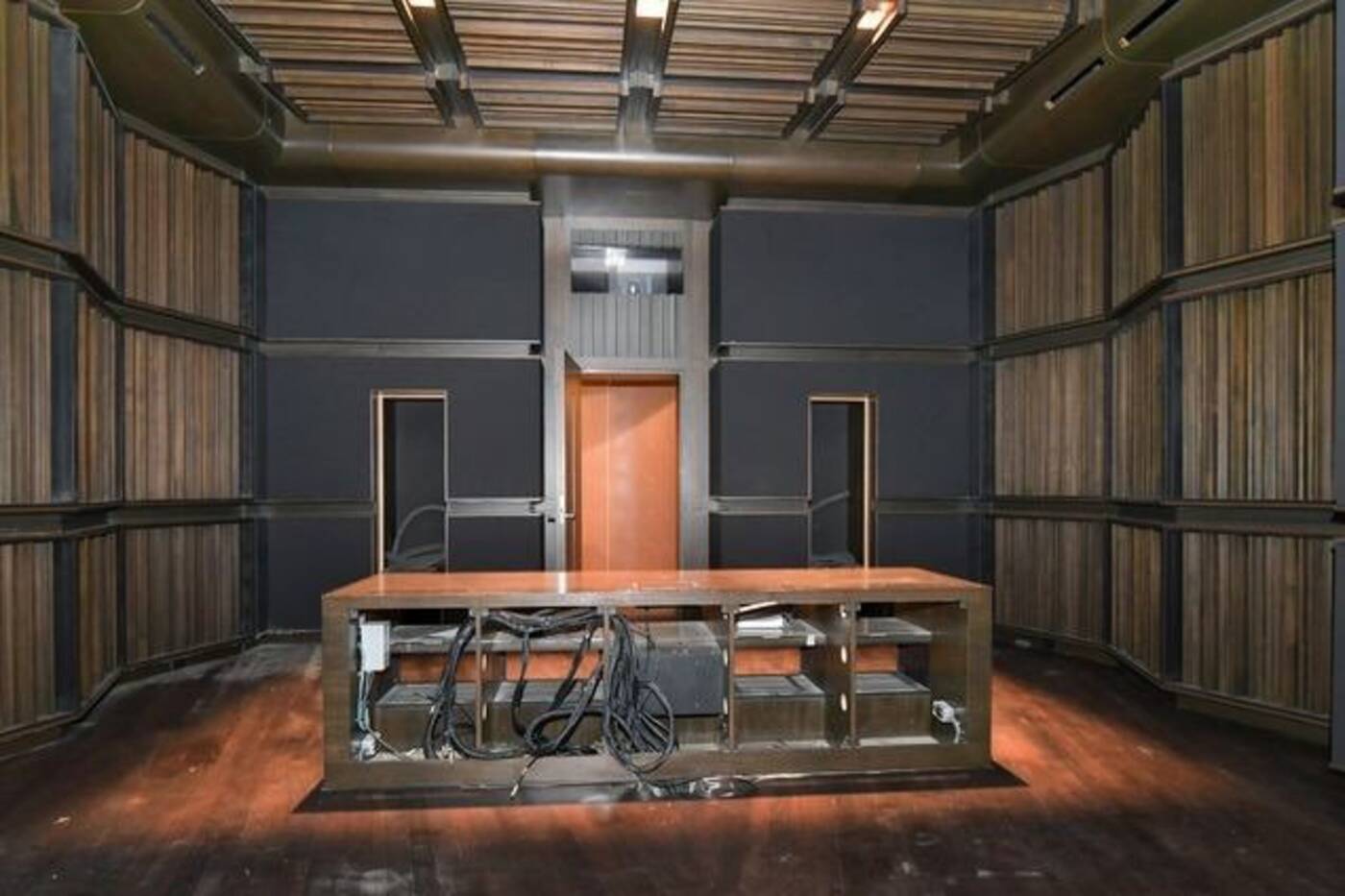 A recording studio has wood on the walls for sound proofing.

The home is referred to as "secret" because it is tucked away on a dead-end street on a 10-acre forested lot. The entrance is gated and there is a 800 feet driveway. 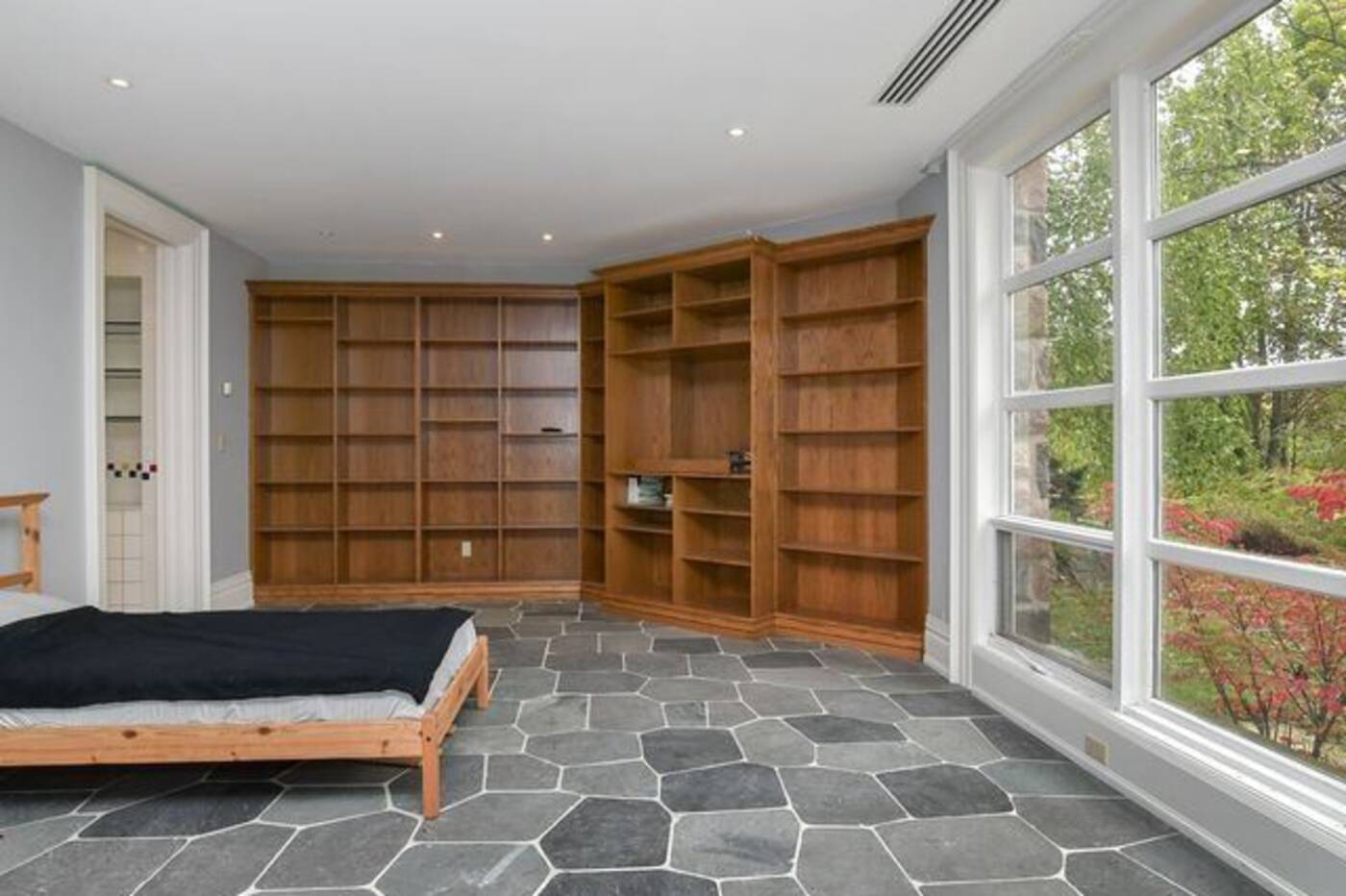 The bedrooms are also nice and come with ensuite bathrooms.

The property is landscaped extensively but it looks wild and natural. There are three ponds; two ponds are natural and there is a one acre artificial pond dug about 15 feet deep. The spring fed pond runs into a waterfall. 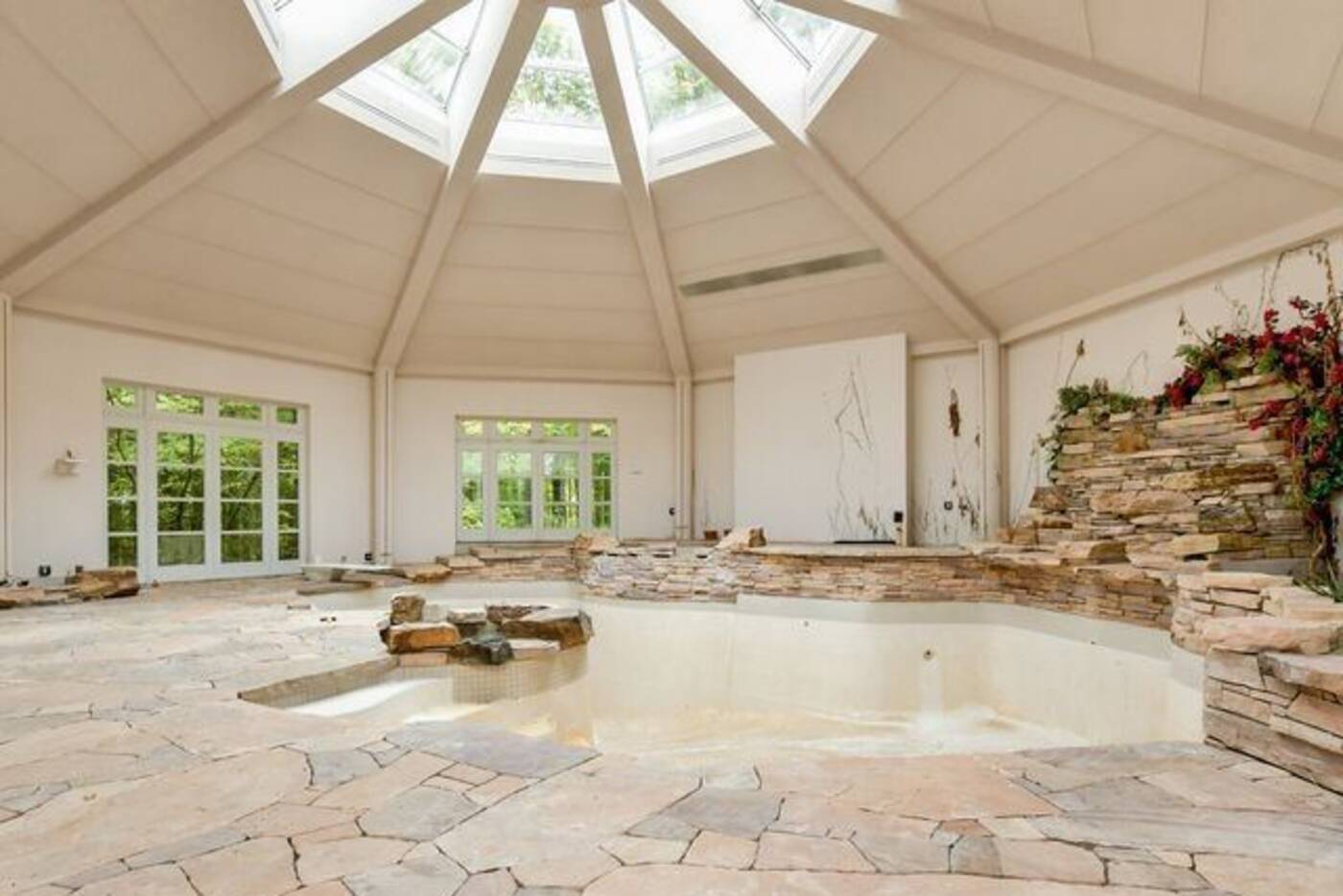 The indoor pool is also in an octagon-shaped building.

Behind the gazebo, there is a helicopter pad used by the previous owner. The property also has a tennis court. 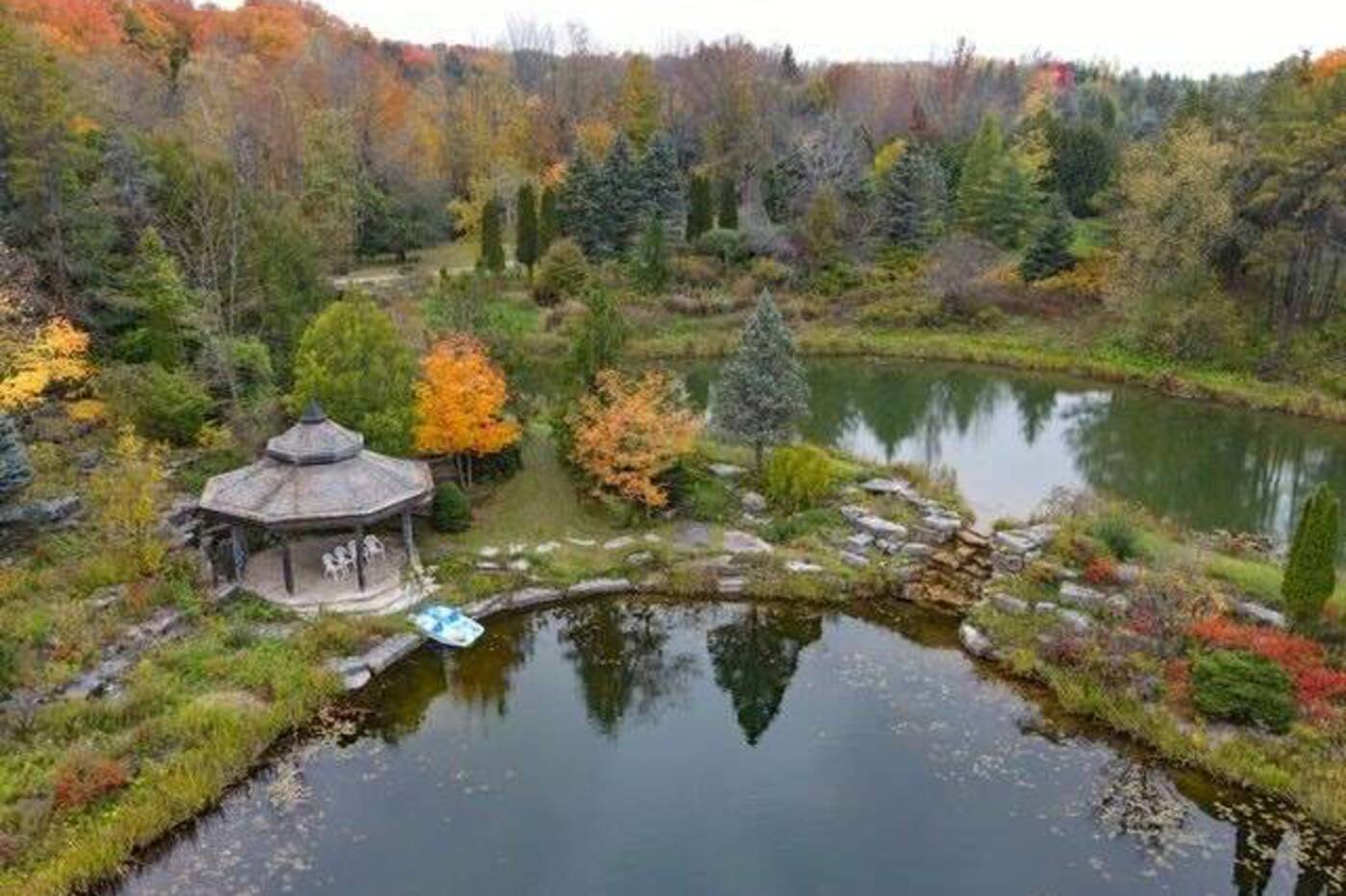 The landscaping is extensive, including an artificial pond big enough for a boat.

The current owner says his children complain about the lack of high-speed internet but otherwise it is a dream home. The family is looking to move closer to the city. 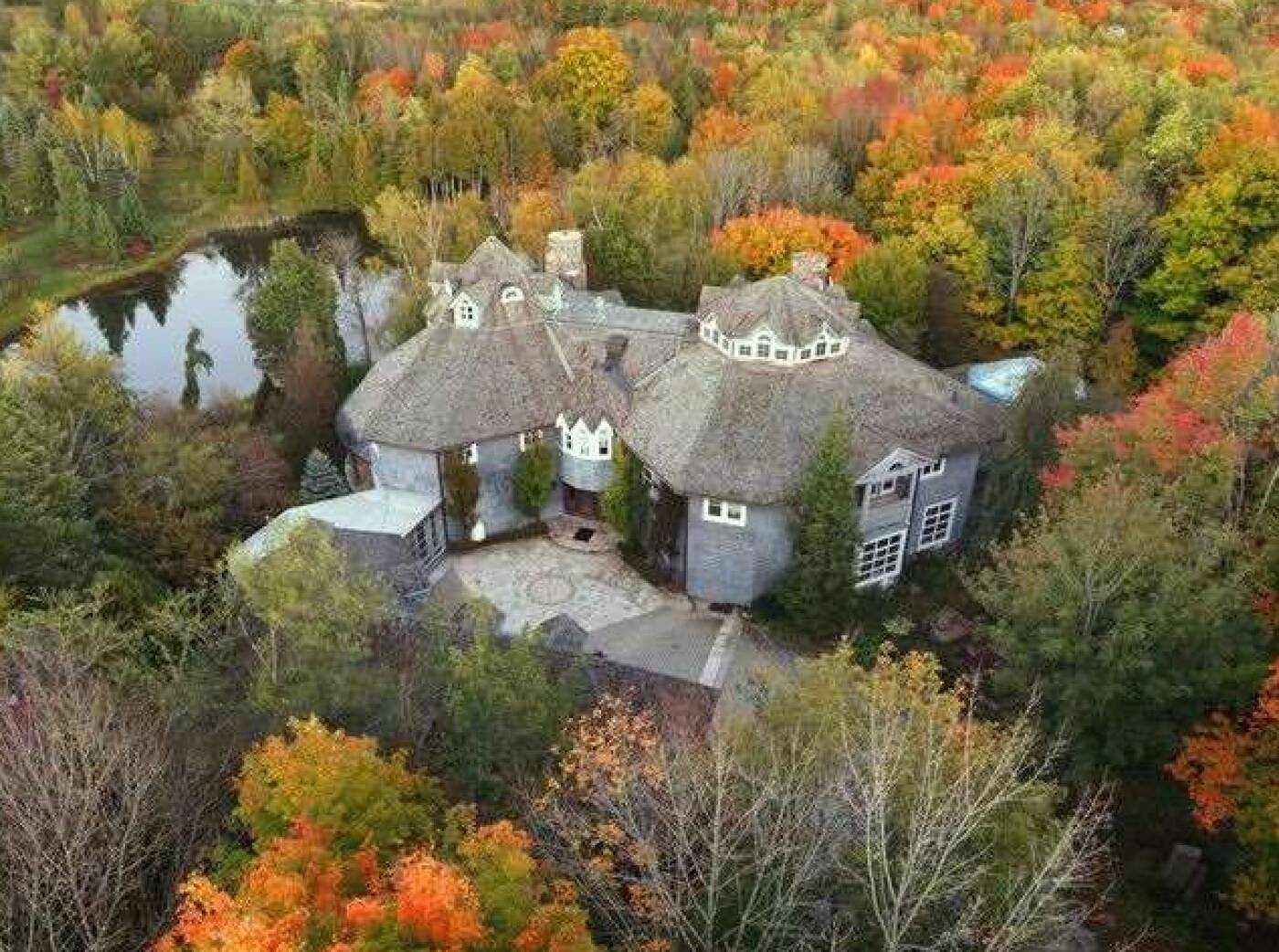 The home is on a private 10-acre property.

Nevertheless, the house is amazing and unique, he said.

"It is quite a stunning property," said Baguley.