The COVID-19 pandemic continues to wreak havoc on Toronto's residential rental market — in the best of possible ways, mind you, for everyone other than landlords.

A newly-released report from Padmapper shows that the median price of a one-bedroom apartment in Toronto is now only $1,770 per month.

This represents a 23 per cent year-over-year decrease, and the reversal of four years of exponential rent growth in Canada's largest city over less than 12 months.

In other words, it's a massive drop.

"The last time Toronto one-bedroom rent was as low as it is in this report was in February 2017, when it was at $1,700," noted Padmapper in a release announcing its February 2021 Canadian Rent Report on Monday.

"It seems the continuous rent price declines from renter migration out of Canada's now second most expensive rental market has not stopped, even as COVID-19 vaccines have begun to roll out." 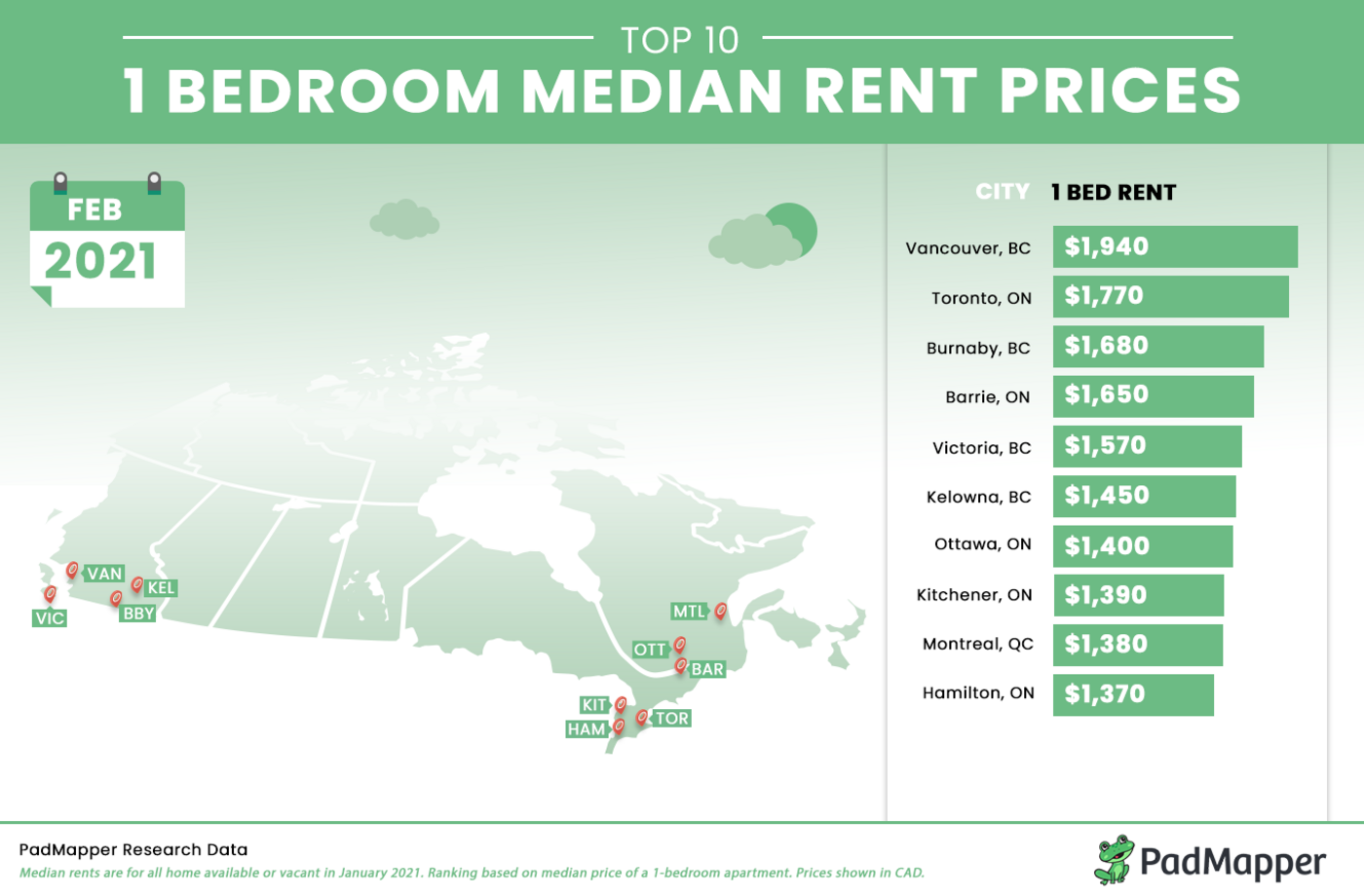 Vancouver surpassed Toronto as Canada's most-expensive rental market for one-bedrooms in December of 2020 after more than two years of consistently coming in second. Image via Padmapper.

People leaving their tiny downtown condos in search of larger, cheaper spaces from which to live and work from home aren't the only drivers of this trend. Border restrictions have also prompted a mass sell-off of short-term rental units (aka Airbnbs.)

A surge in new purpose-built rental units has furthermore increased supply on the market, contributing to a 50-year high vacancy rate of 5.7 per cent at the end of 2020.

While still not cheap by any means, $1,770 is the lowest median one-bedroom rent price posted by Toronto in four years. Two-bedroom units are down as well, by 5.3 per cent month-over-month and by a staggering 21.5 percent year-over-year.

The median price of a two-bedroom rental unit in Toronto is $2,340 as of February 2021, according to Padmapper, which analyzes hundreds of thousands of listings each month to track rent prices across Canada's 24 largest cities.

Vancouver is now the most-expensive rental market in the country after overtaking Toronto in December of 2020.

What goes up really must come down, it seems... however temporarily.