With the average price of a home in Toronto hitting $986,085 by the end of 2020 — over $1.5 million if you're in the market for a detached house in particular — it's pretty slim pickings for those hoping to find a place to live that's, well, liveable while on a realistic budget.

We've all seen the nightmare listings that exemplify the state of the city's cutthroat real estate market, whether it's delapidated horror houses listed for nearly $900,000, burned-down buildings for sale for $1 million, or tiny shacks that go for $1.8 million for the land alone.

One recent listing is significantly less terrifying than some others in recent memory, but is still shocking given the size and state of the house compared to its asking price. 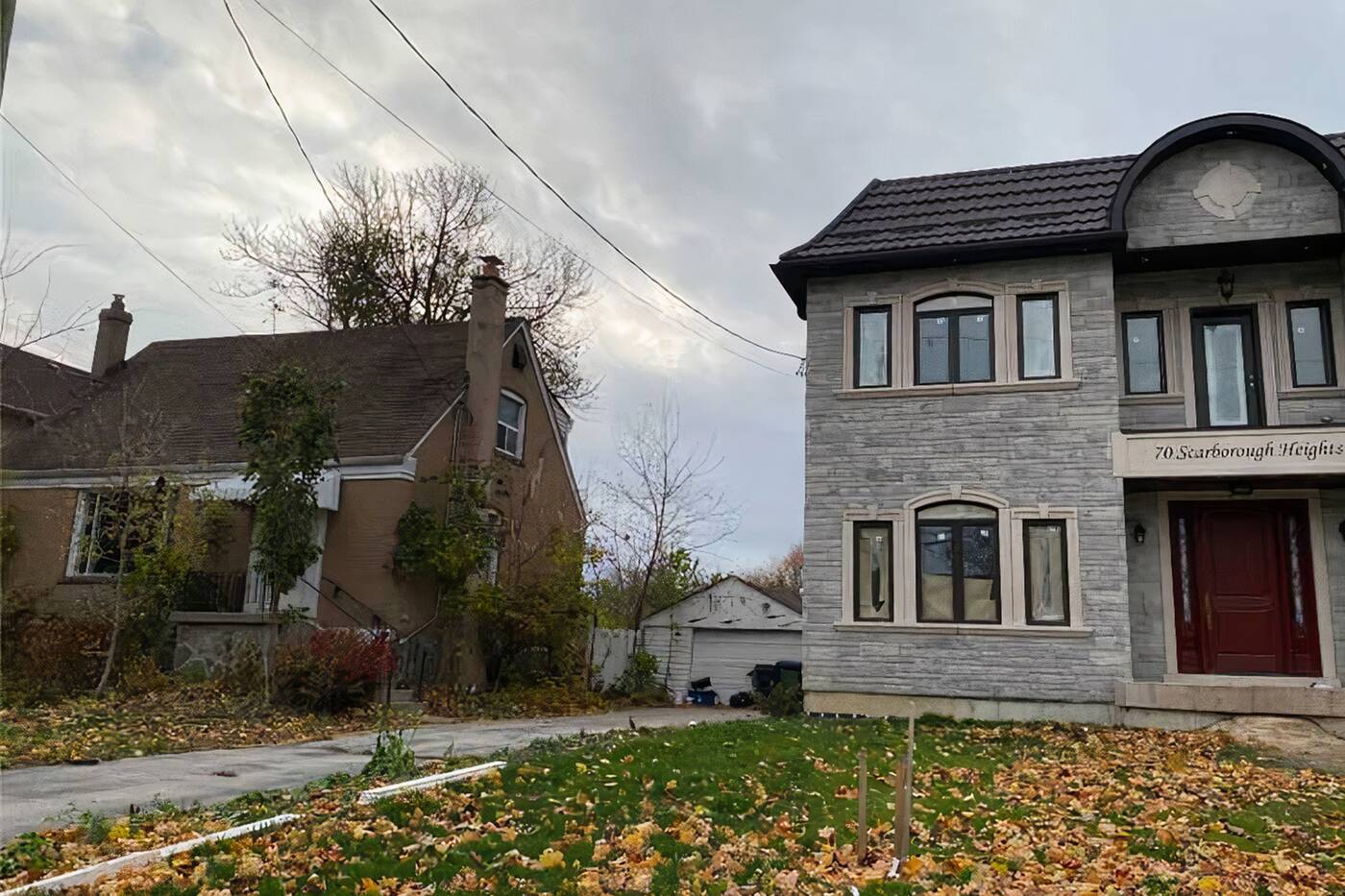 The exterior of the house, compared with the home next door. From the RE/MAX listing.

The three-bedroom, one bathroom home at 68 Scarborough Heights Blvd., currently listed for $999,000, is notably small for its price at first glance, appearing absolutely miniscule and shoeboxy next to the newer build next door.

But it's arguably not the size that is the worst part of the house, but the state of the interior, which seems to have been recently occupied by some residents who've chosen to leave their trash behind. 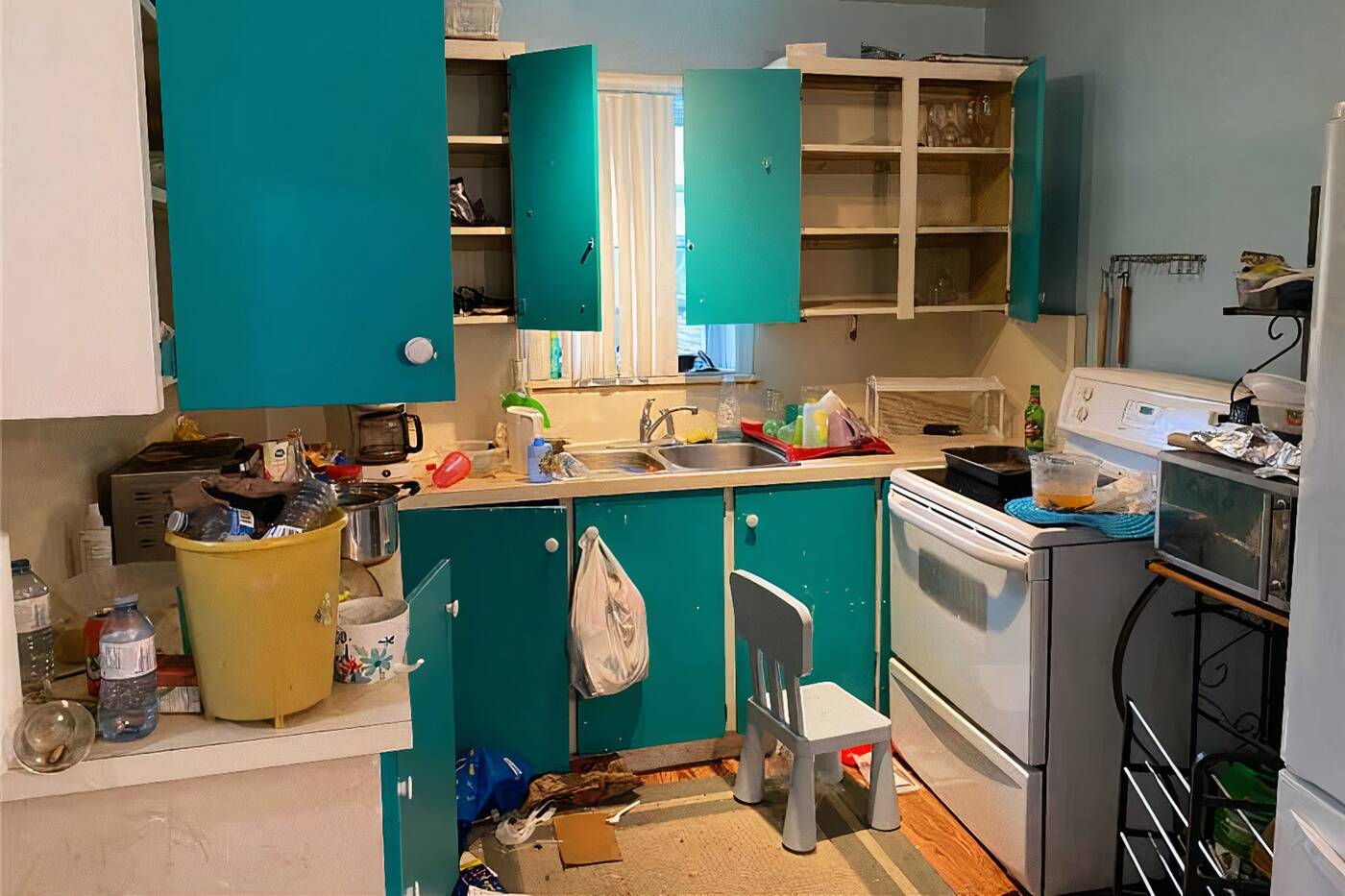 The state of the kitchen. From the RE/MAX listing.

The photos of the kitchen show that it leaves much to be desired, not only because of the questionable cupboard colour choice and the fact that it needs a total gut, but also for the mess that no one thought to clear up beforehand.

The scene is stressful as hell to look at, and shows that the house has not been well-maintained, as is also apparent by the roof that obviously needs to be reshingled and the yard that needs some maintenance, as beautifully large as it may be. 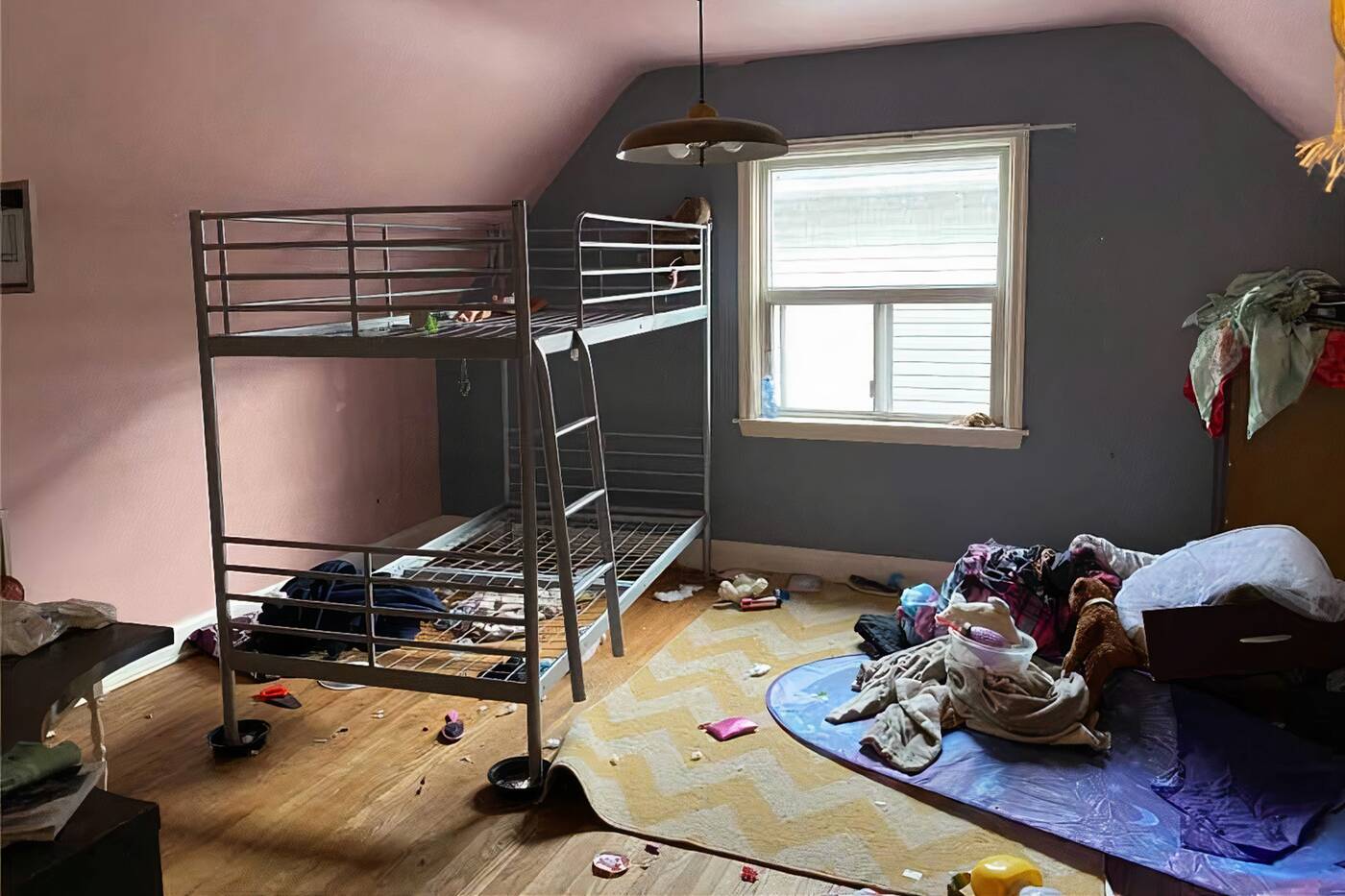 The previous homeowners did not do the best job at cleaning the place From the RE/MAX listing.

Other rooms in the house show similar levels of disarray, with random belongings, old furniture and junk strewn all over the place.

It's the closet full of literal garbage and the creepy rocking horse in the photo below for me: 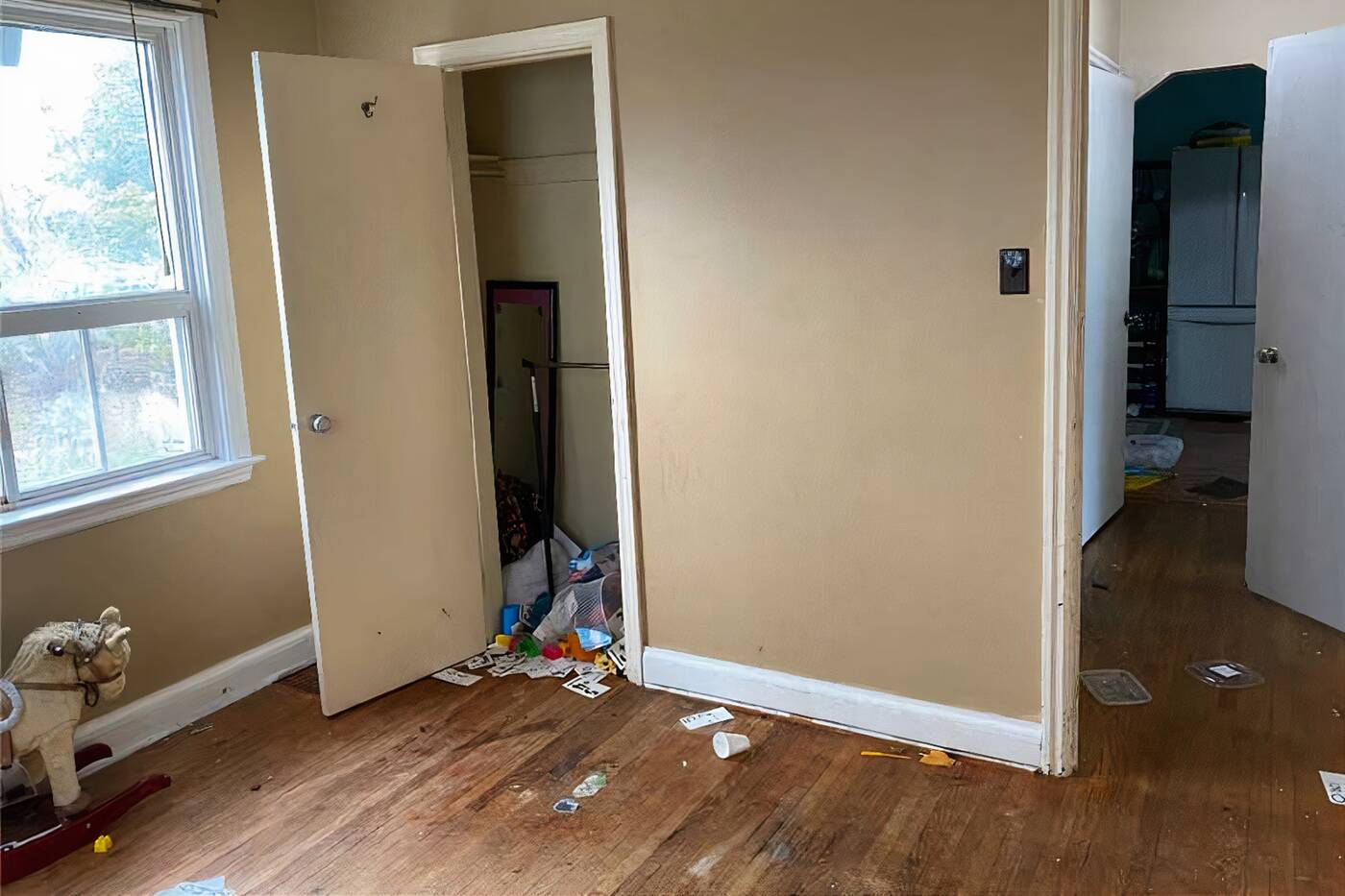 Photobomb from a creepy rocking horse facing a bunch of trash does not make for a good real estate listing photo. From RE/MAX.

This retro carpeting is admittedly pretty darn cool, despite the fact that it would probably need to be removed, depending on your decorating tastes: 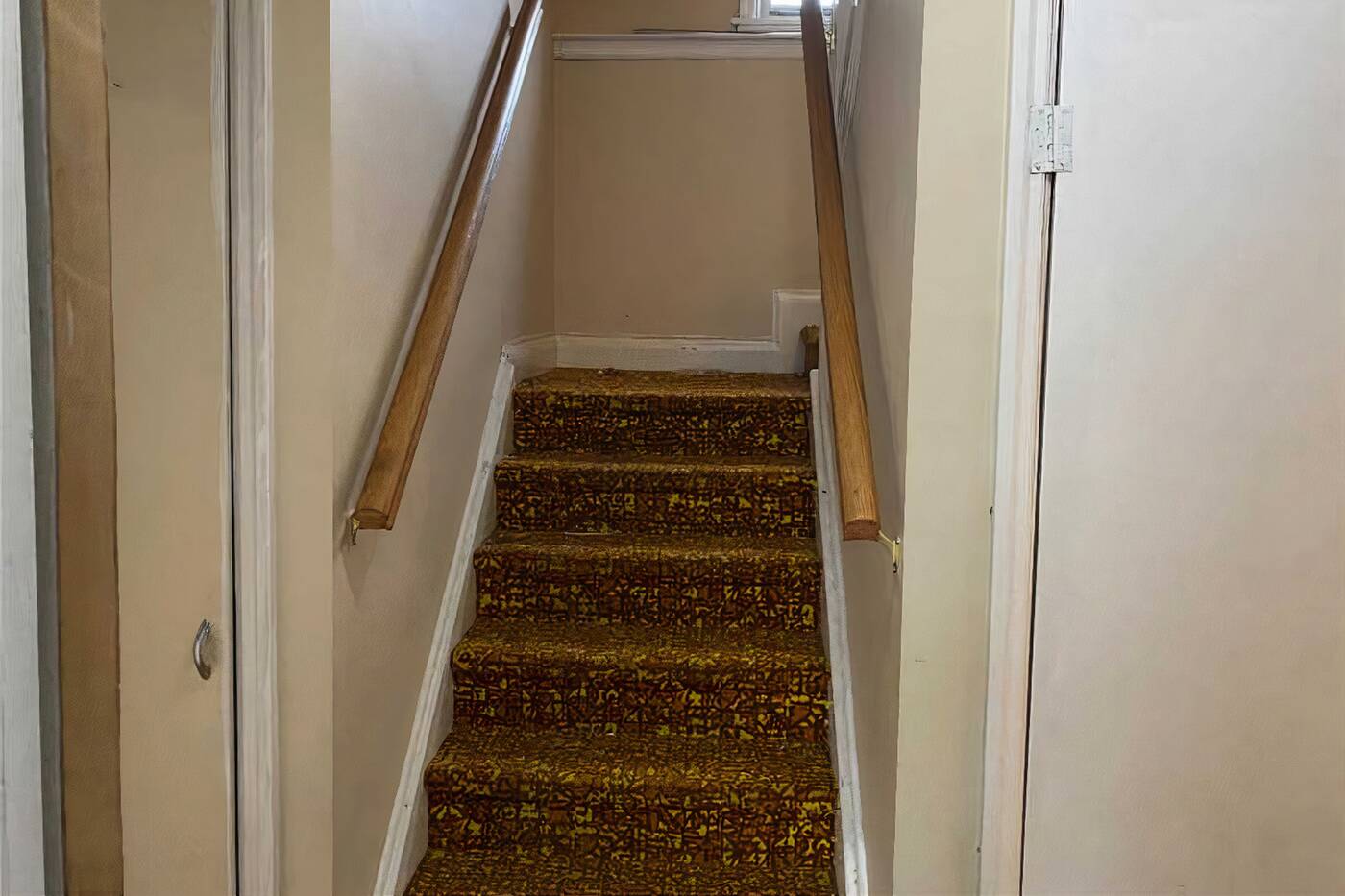 '70s aesthetics are in, but this carpet may be in questionable condition. Photo from the RE/MAX listing.

But these doors and essentially all of the home's interior fixtures would definitely have to go. The dangling wires and more filth on the floor are just the icing on the cake: 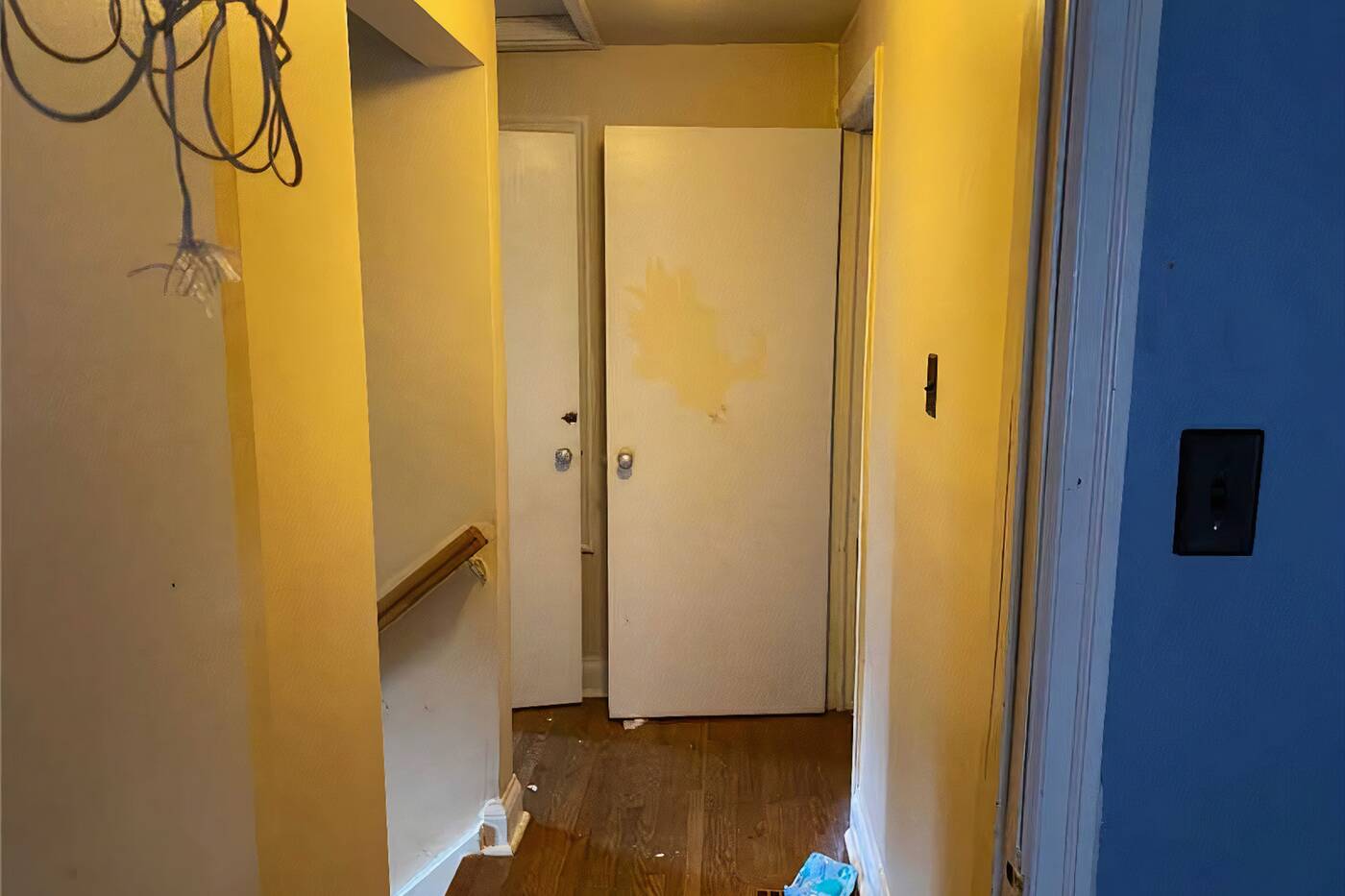 The house needs a deep clean and a lot of work. Photo from the RE/MAX listing.

Some tidying and staging really could have done wonders for this listing, which would even still seem unreasonably priced given that it's a very small home in Cliffcrest, Scarborough, not even remotely close to the downtown core.