A new house near Toronto is making waves with a dynamic design for an indoor pool.

The Fold House is a guest house and pool pavilion built on a property in Hamilton that has an undulating wavy design to mimic the surrounding hills. 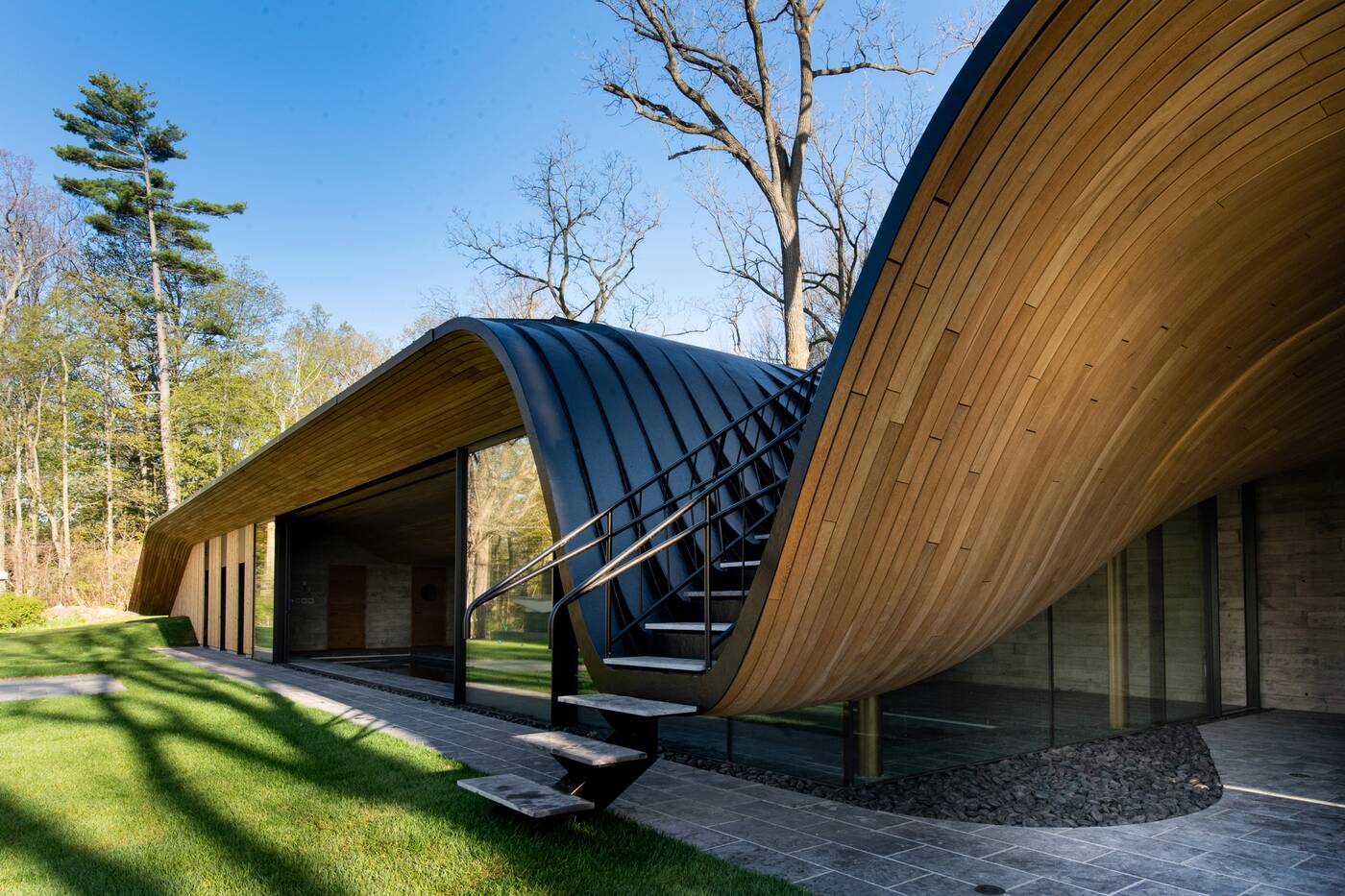 Fold House has a dip in the roof, which makes room for a steel staircase.

Completed in 2020, the home was built by Toronto architect Partisans, a firm known for bold, dramatic curves, according to dwell magazine.

Fold House is on a heritage estate with a Georgian Revival Mansion dating from the 1870s at the edge of the Hamilton escarpment, according to Partisans. In addition to the Fold House, the property has a coach house and barn. 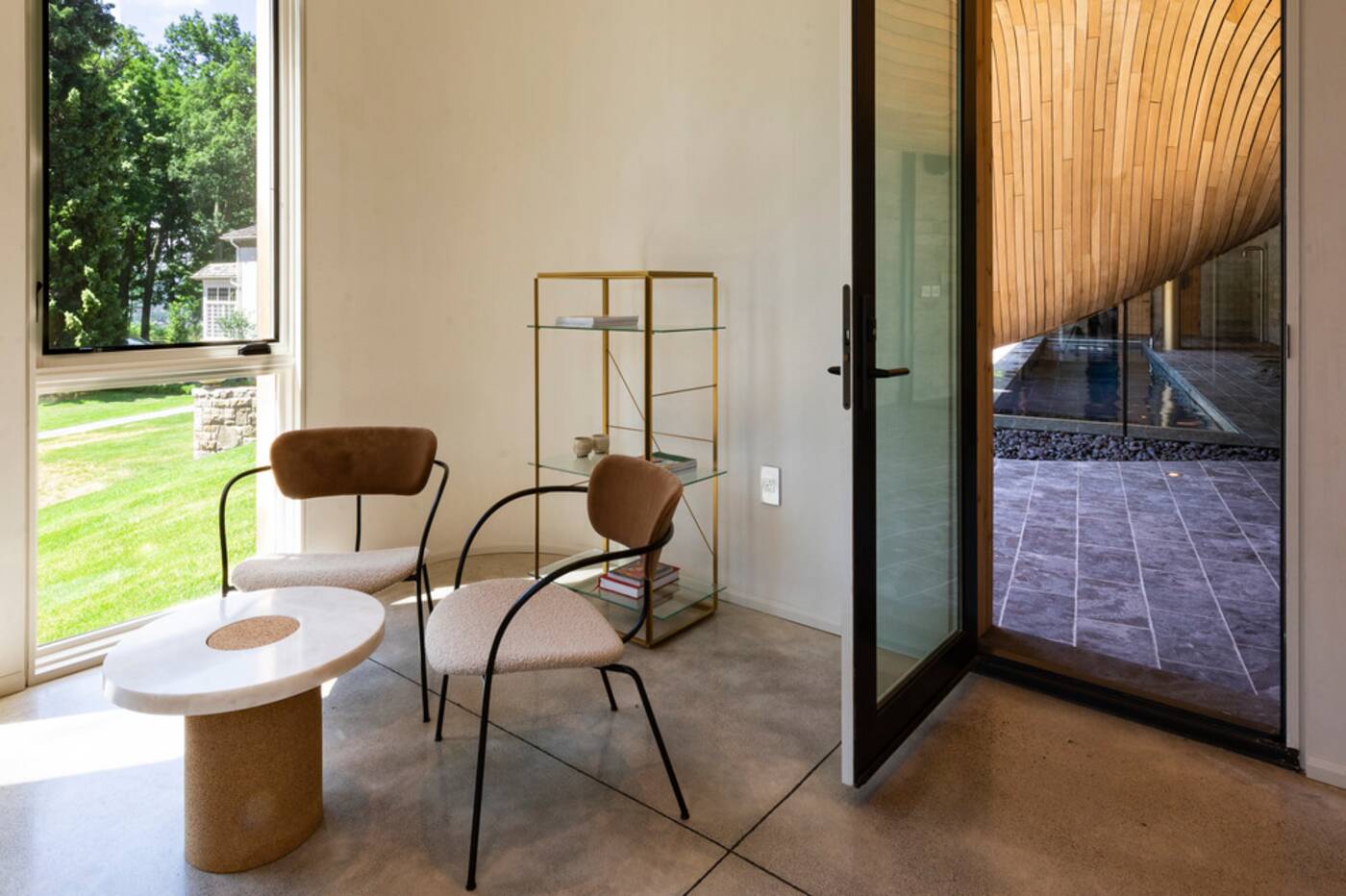 Inside the Fold House is sparsely decorated.

The original guesthouse, which housed Canada's first heated swimming pool, burned in a fire in 2017, Partisans said. The family was eating dinner in the home but managed to escape unharmed. After the fire, the family decided on a unique re-design on the same footprint. 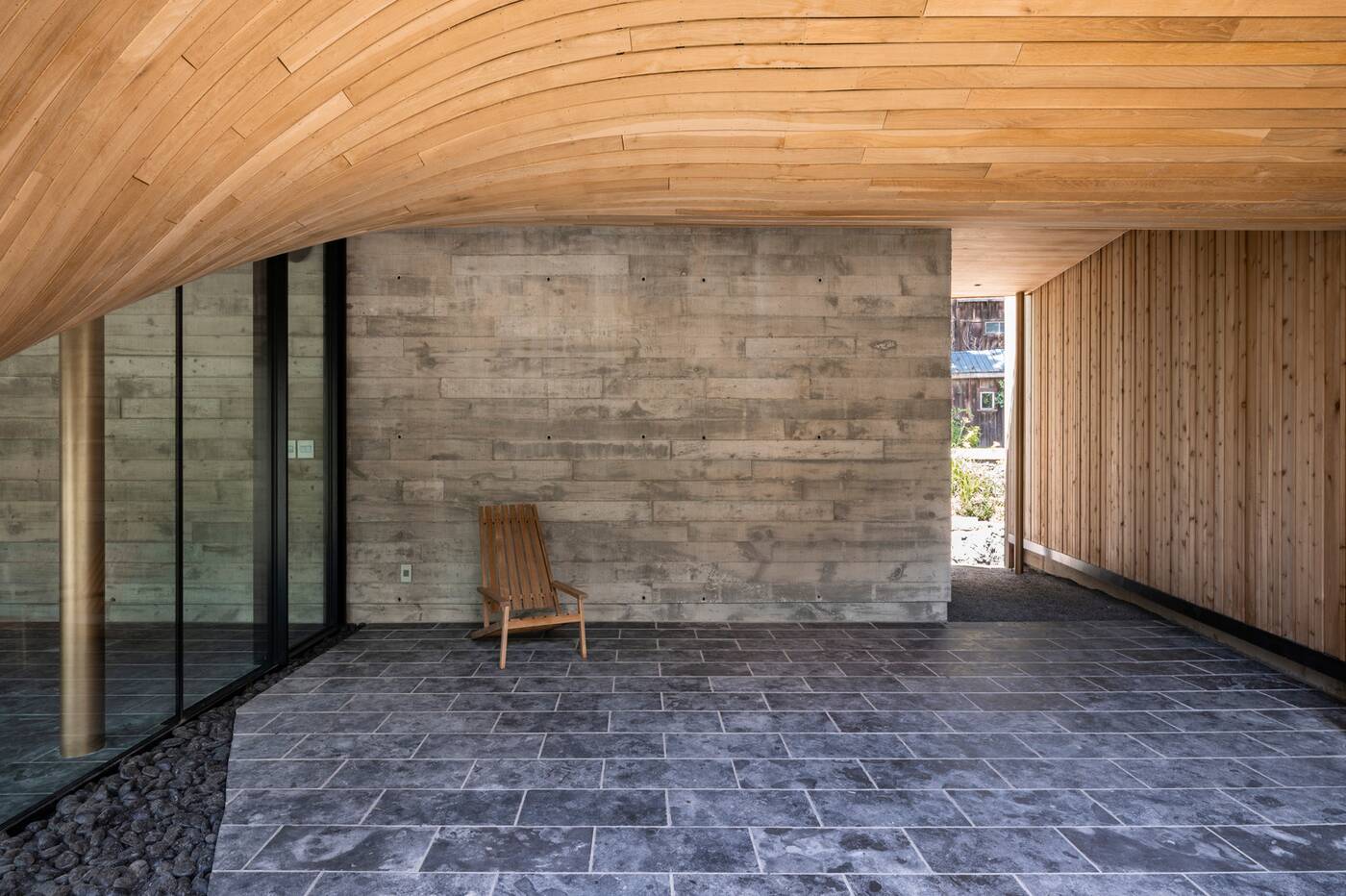 The resulting Fold House is a two-storey residence with a pool pavilion on the ground level. The pool room features a 80-foot long by 10-foot tall sliding glass facade offering views of the landscape. 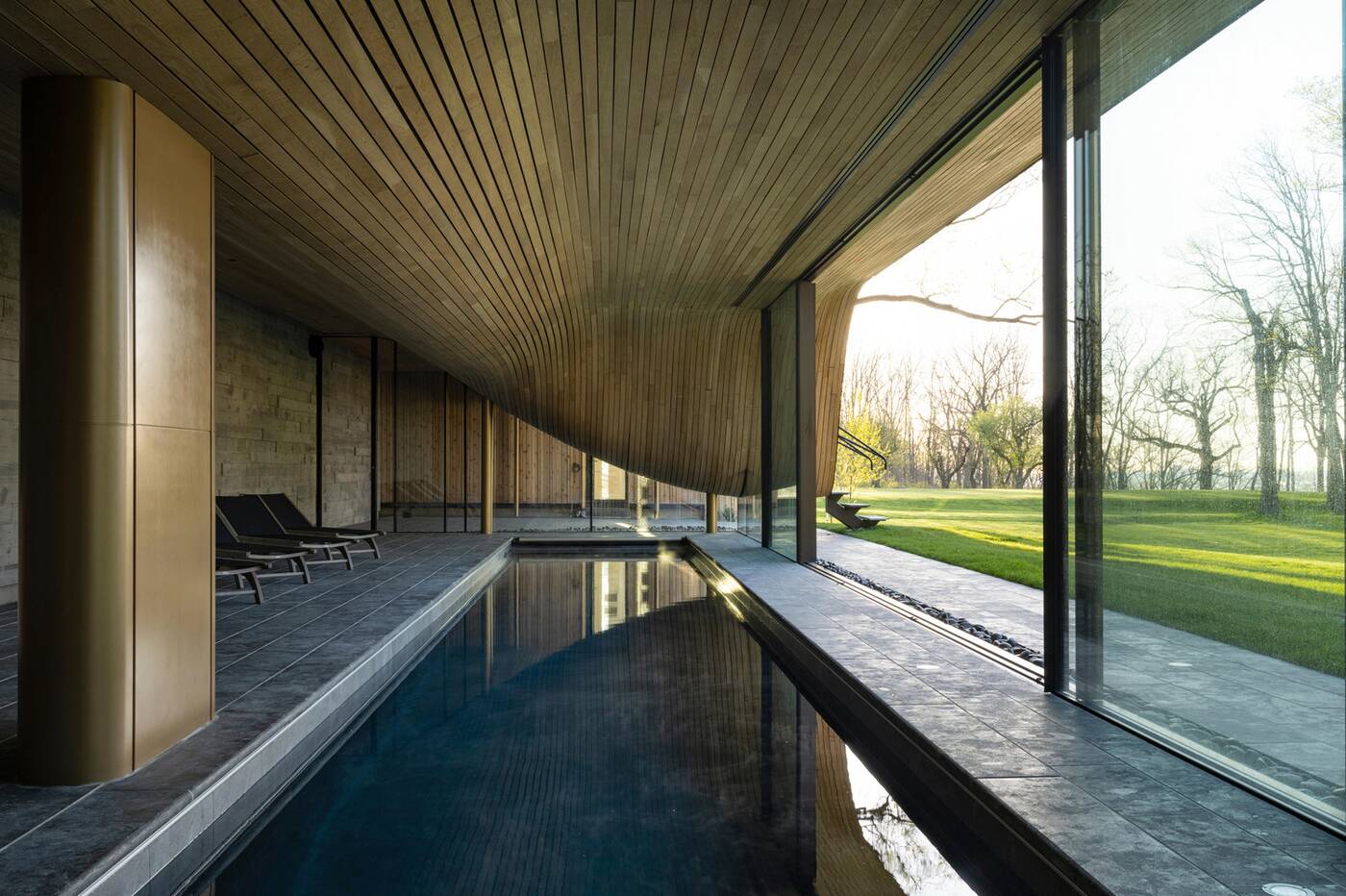 The indoor pool has views of the surrounding landscape.

The roof dips leaving space for an external steel staircase. Inside the ceiling of the pool room is made from white oak. 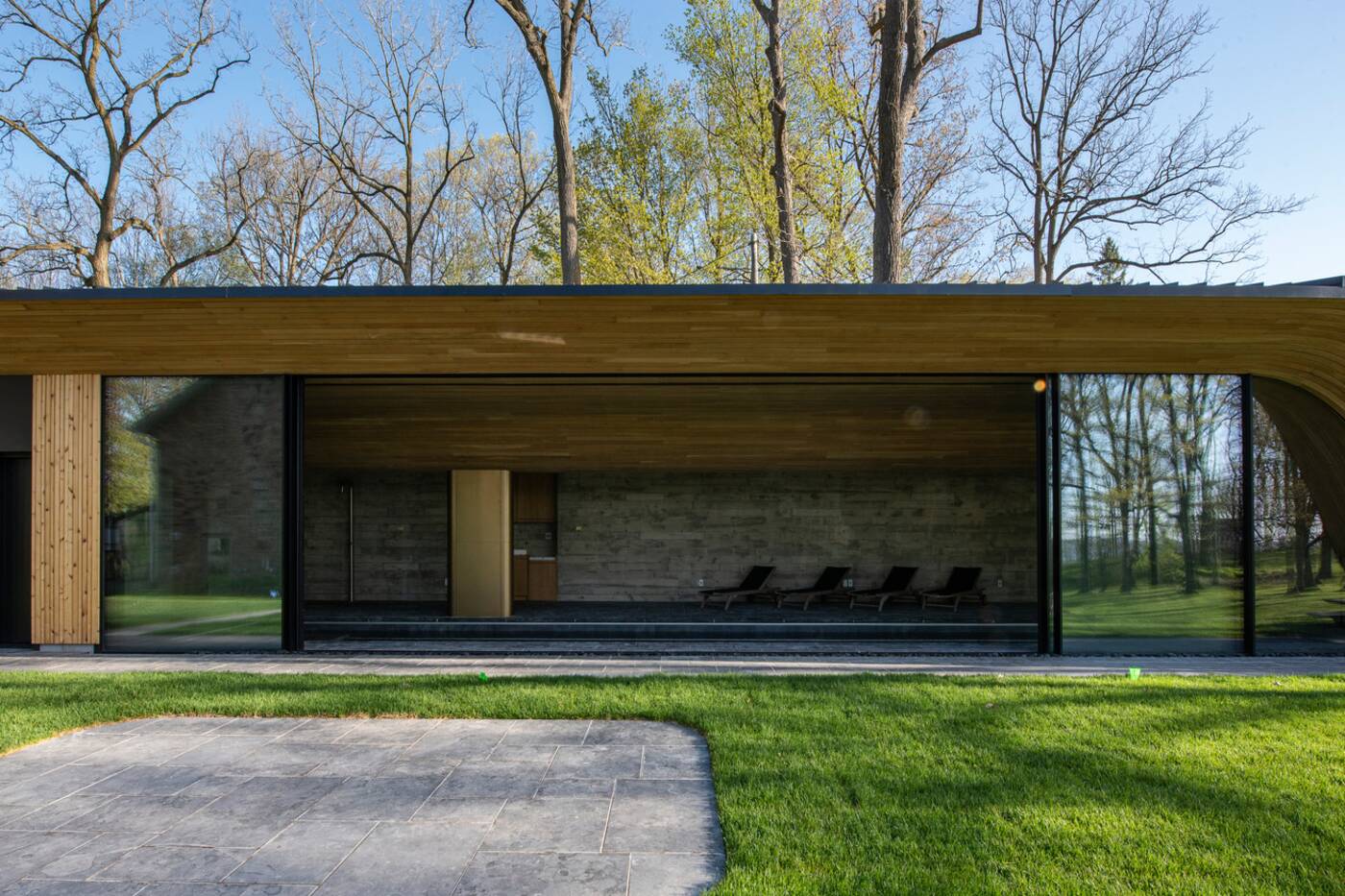 A view of the pool room from the outside.

The design uses compressed-bent wood to create the wave-like appearance. The wood was bent through a technique typically used on furniture and musical instruments and rarely on this scale. 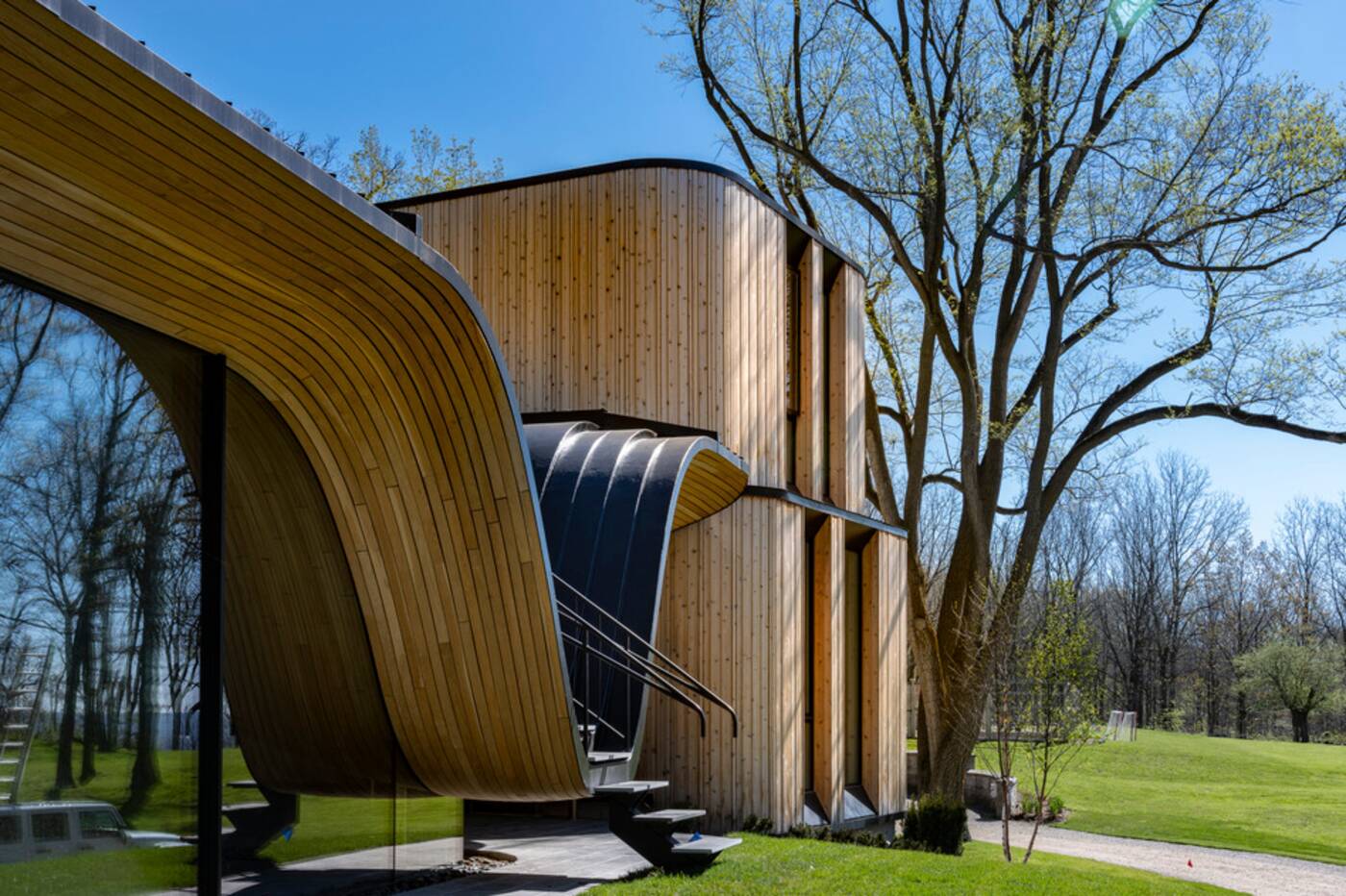 The house is made to curve like nearby hills.

"All of its walls and millwork are curved, as is much of the furniture, ensuring that one feels sheltered, at ease, and a part of the landscape that changes around you perpetually," say the architects. 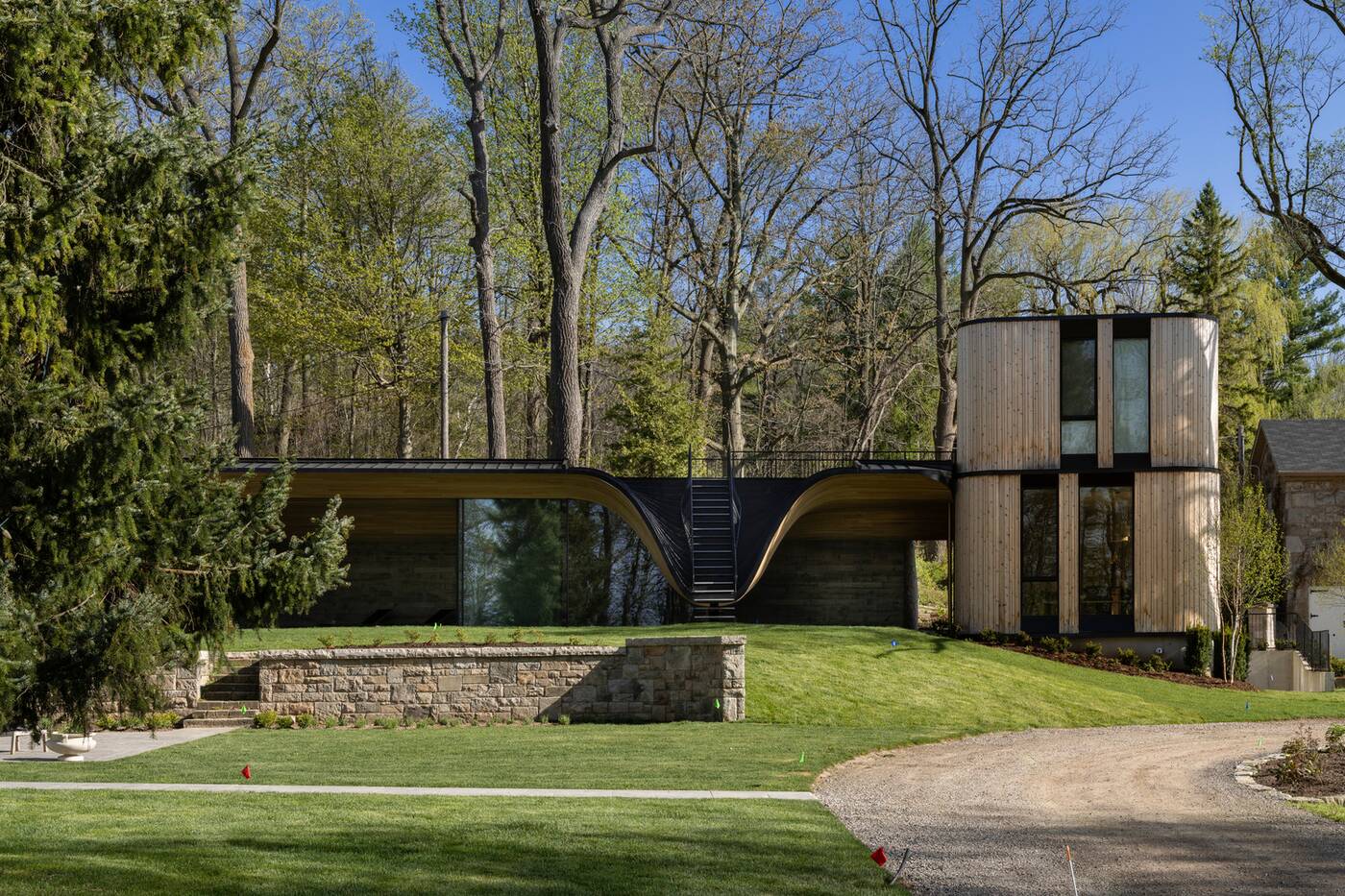 The property is surrounded with trees and nature.

The Fold House is kept clutter-free and is meant to be a place to escape — as a type of spa. But there is a kitchen and space for guests with three bedrooms and four bathrooms. 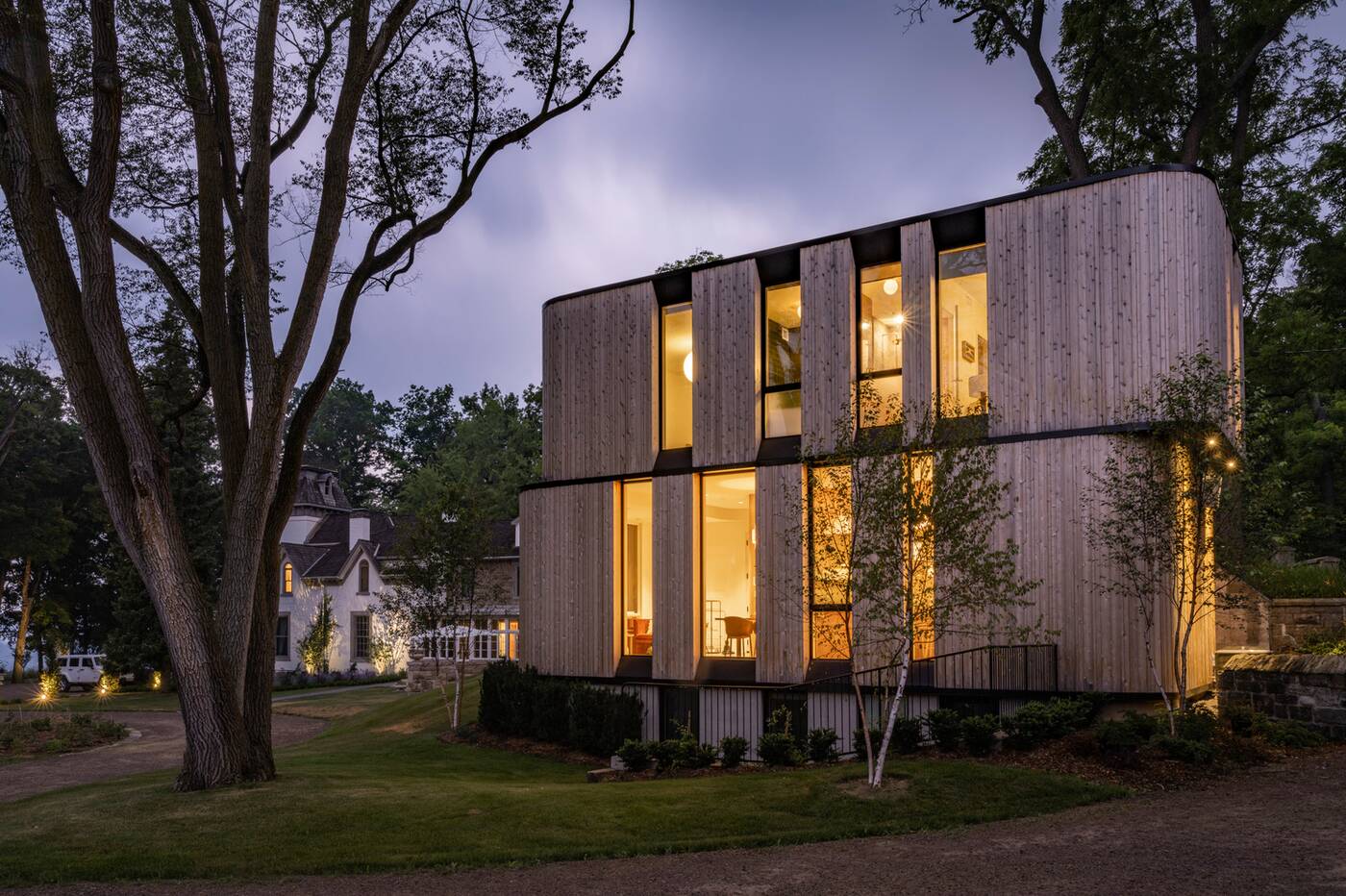 There is space for guests to stay.

The structure may be creative and eye-catching, but it's likely a place few people could afford. Nevertheless, it's nice to dream.