Nearly ten years after being hoisted into the sky by cranes as people watched on in awe, the 450-tonne skybridge at CityPlace is finally ready for occupancy, making it the official highest suspended residence in Canada at long last.

It's the largest of its kind too, at 40-metres long — roughly the same size as a Boeing 737 commercial jet. 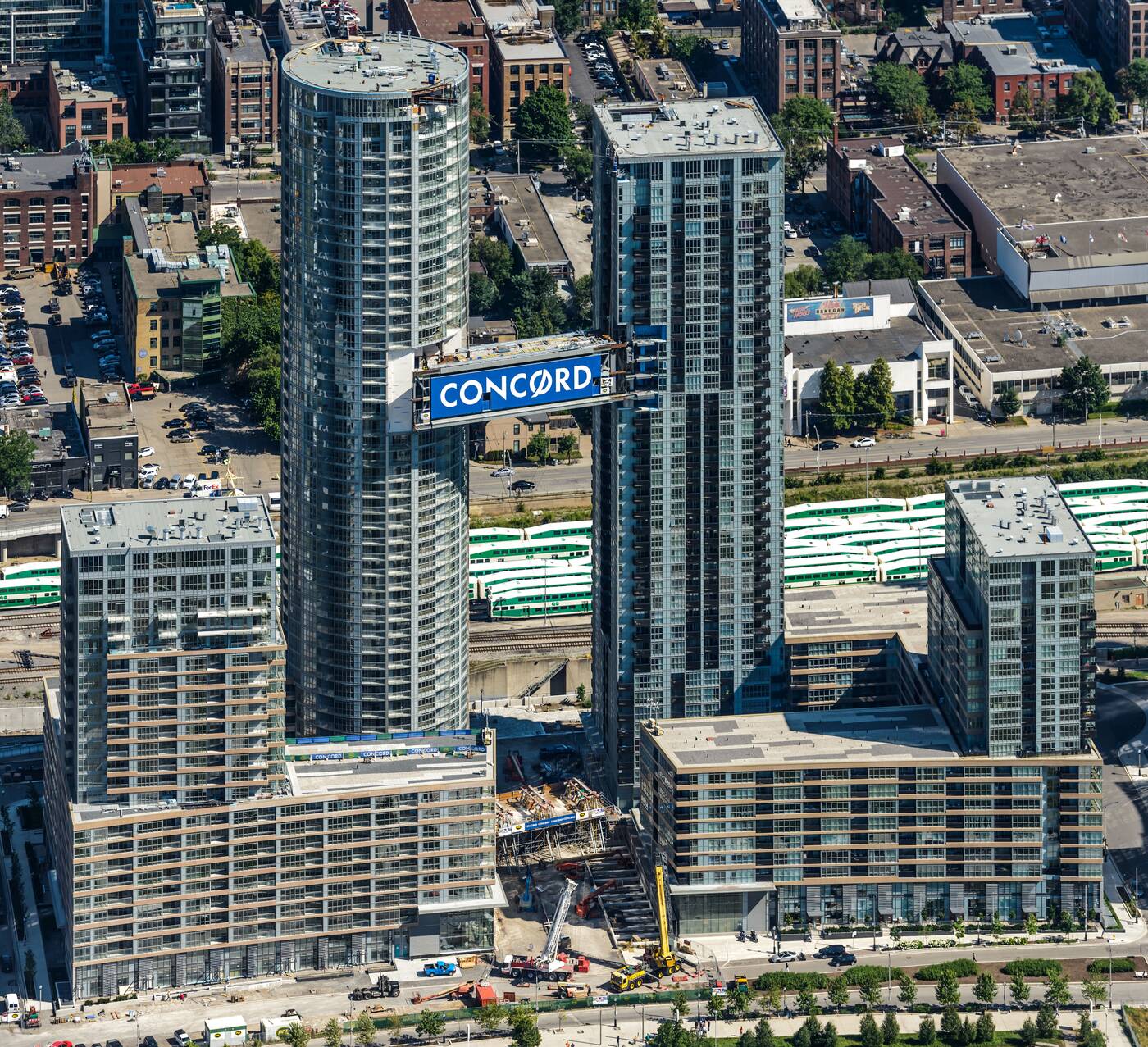 The SkyBridge as it was being installed in 2012 30 storeys in the air. Image via Concord Adex.

This will come as no surprise to anyone who has seen the structure lit up at night along Toronto's skyline, miraculously held in place by two residential towers at the heart of Concord Adex's Parade complex right over Canoe Landing Park. 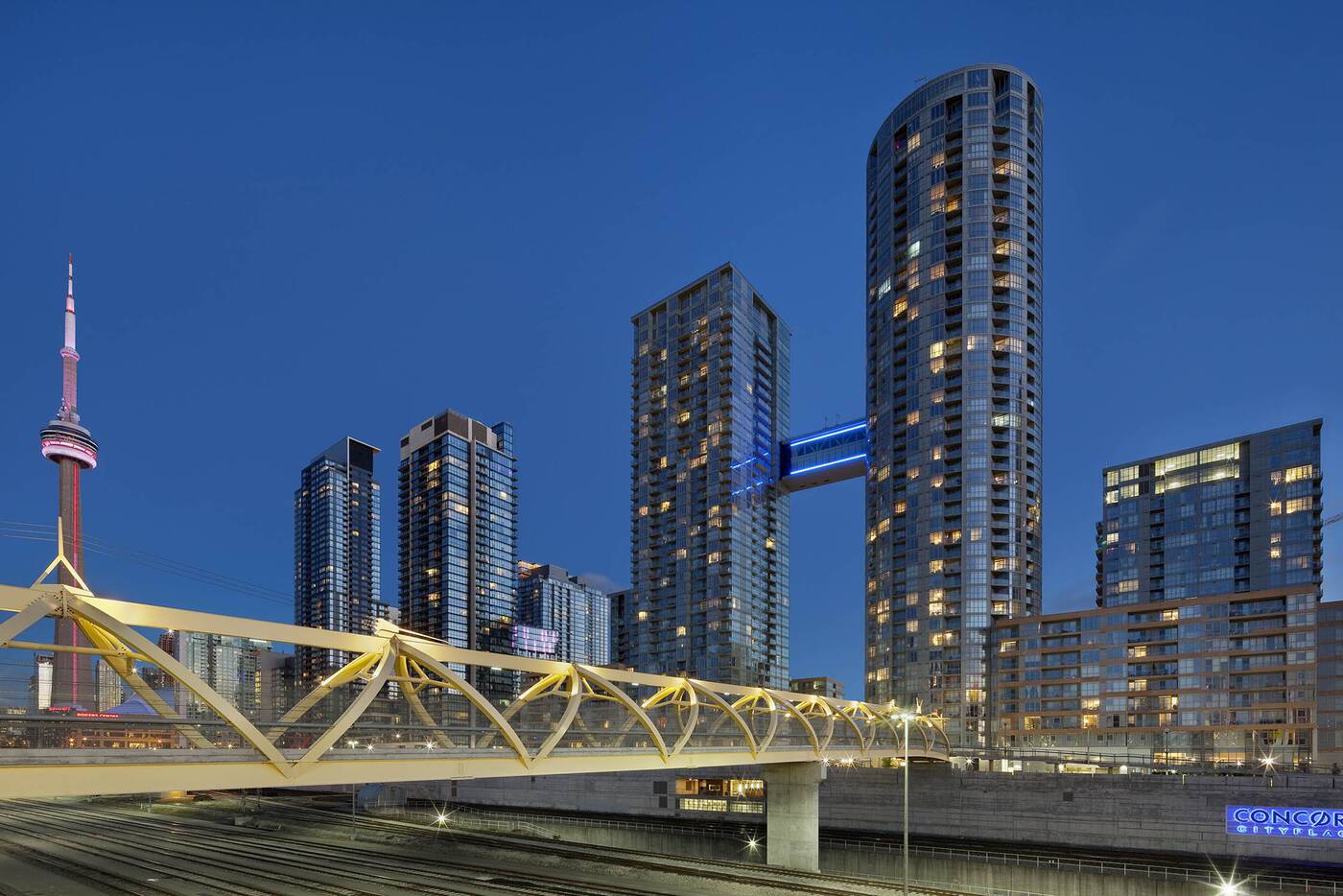 The SkyBridge as it appears today is a visible part of the Toronto skyline. Image via Concord Adex.

While residents of the Parade and Parade 2 buildings have had access to the two-floor bridge's lower level since 2013, the upper levels — two sprawling residential suites — just hit the market today.

One of the jaw-dropping Bridge Suites is already spoken for, it seems, but the larger of the two — aptly called "The Grand Bridge Suite" can be yours for a cool $4,550,000. 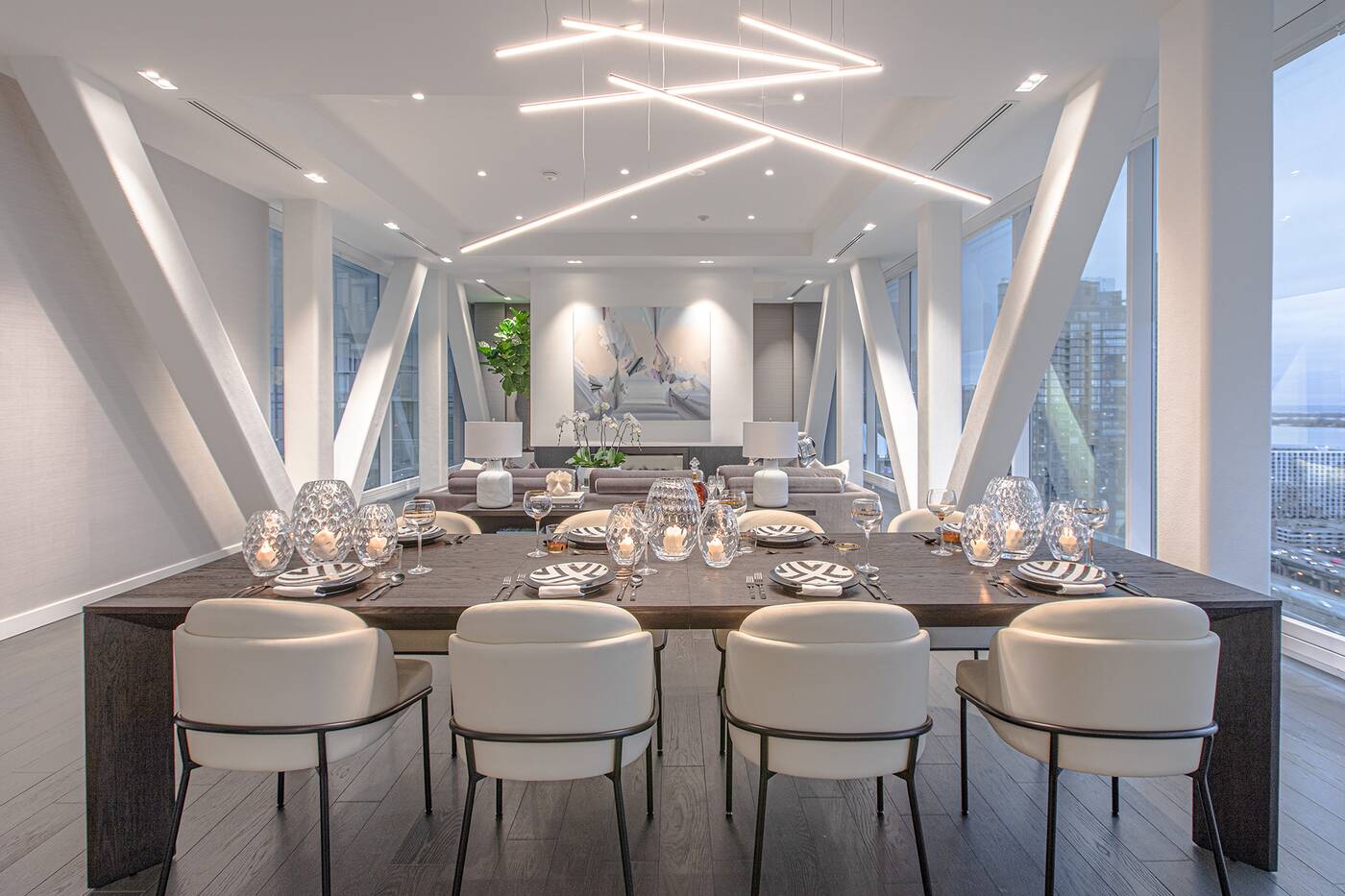 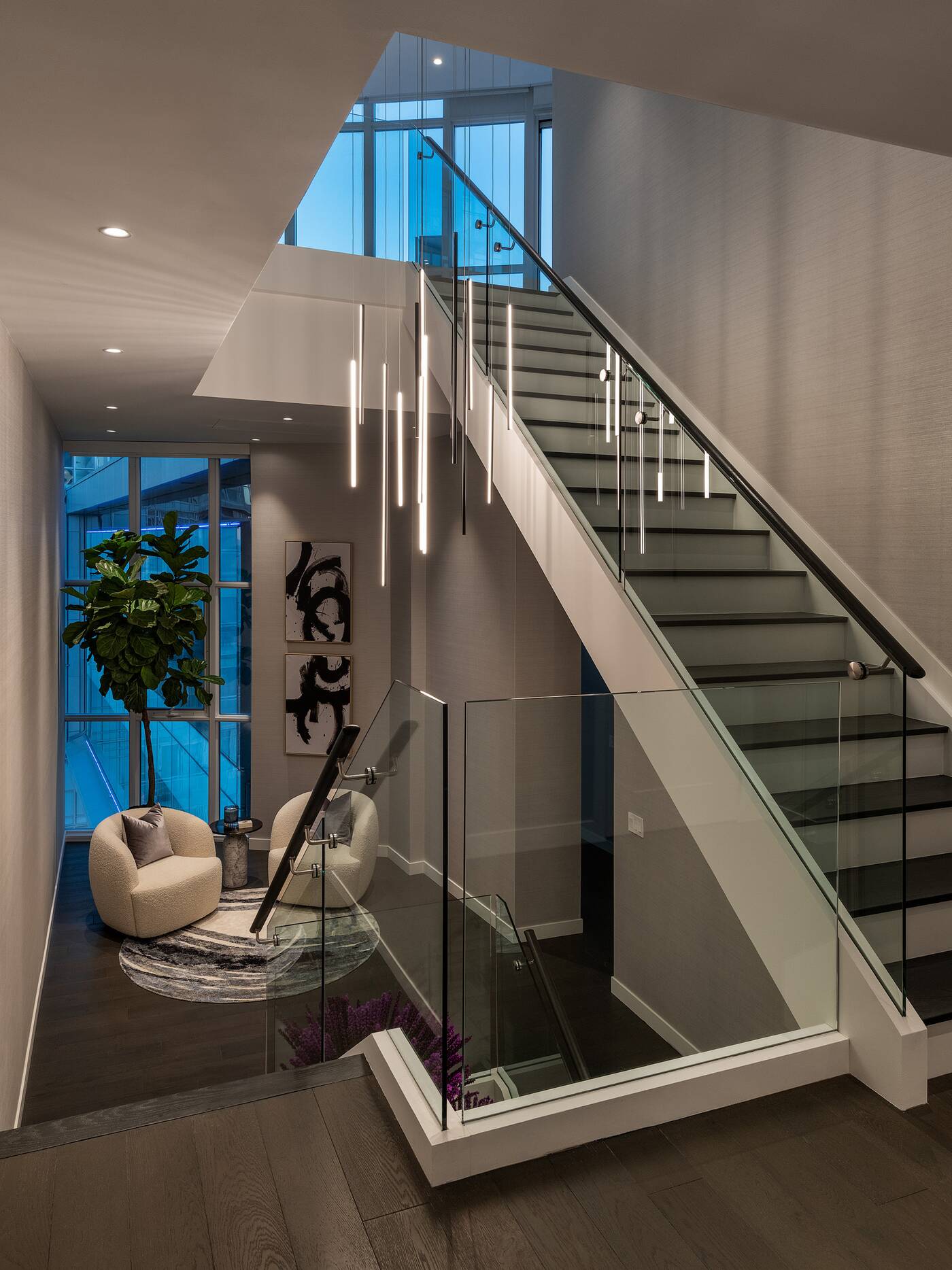 It's got three bedrooms... 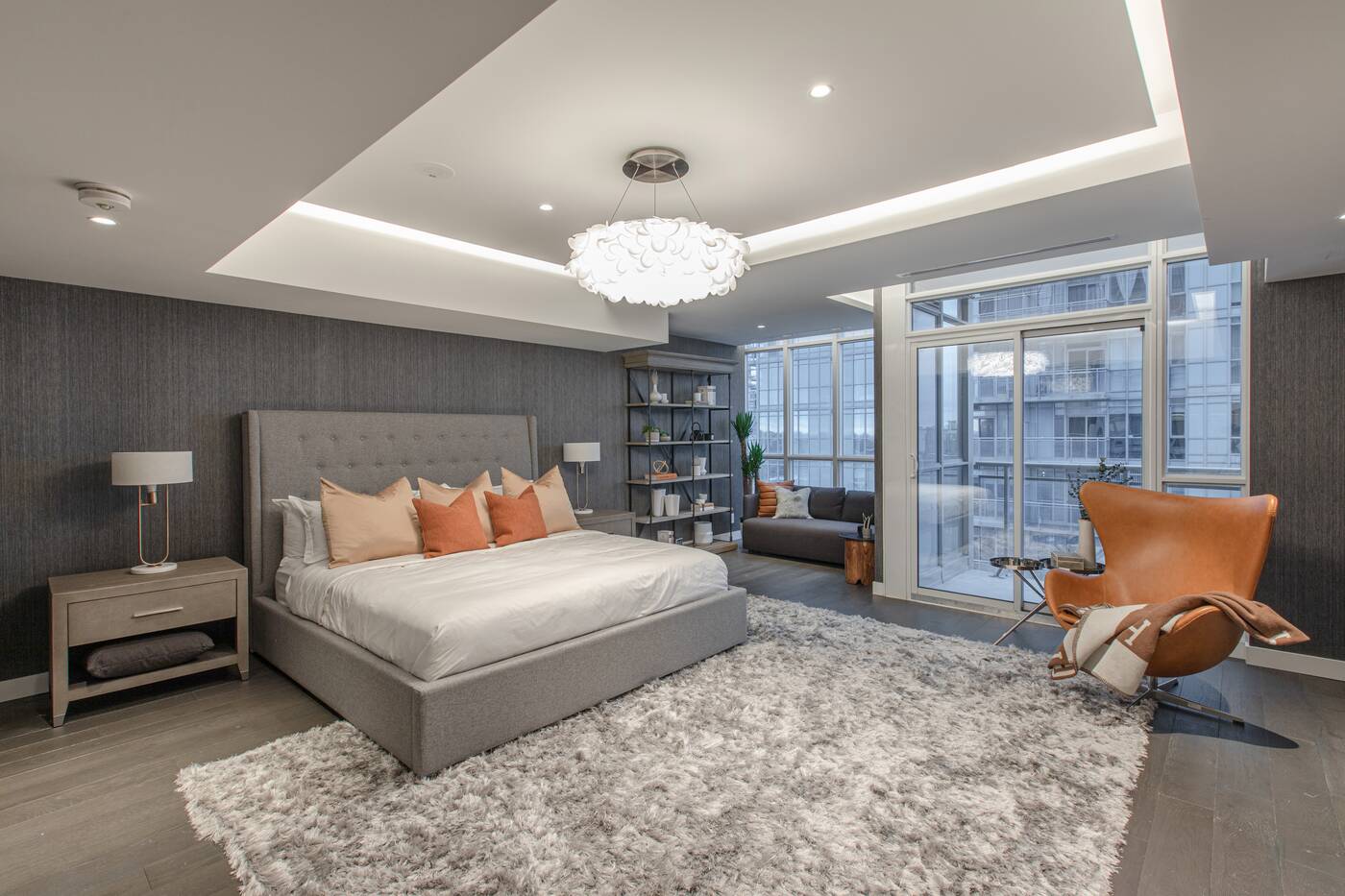 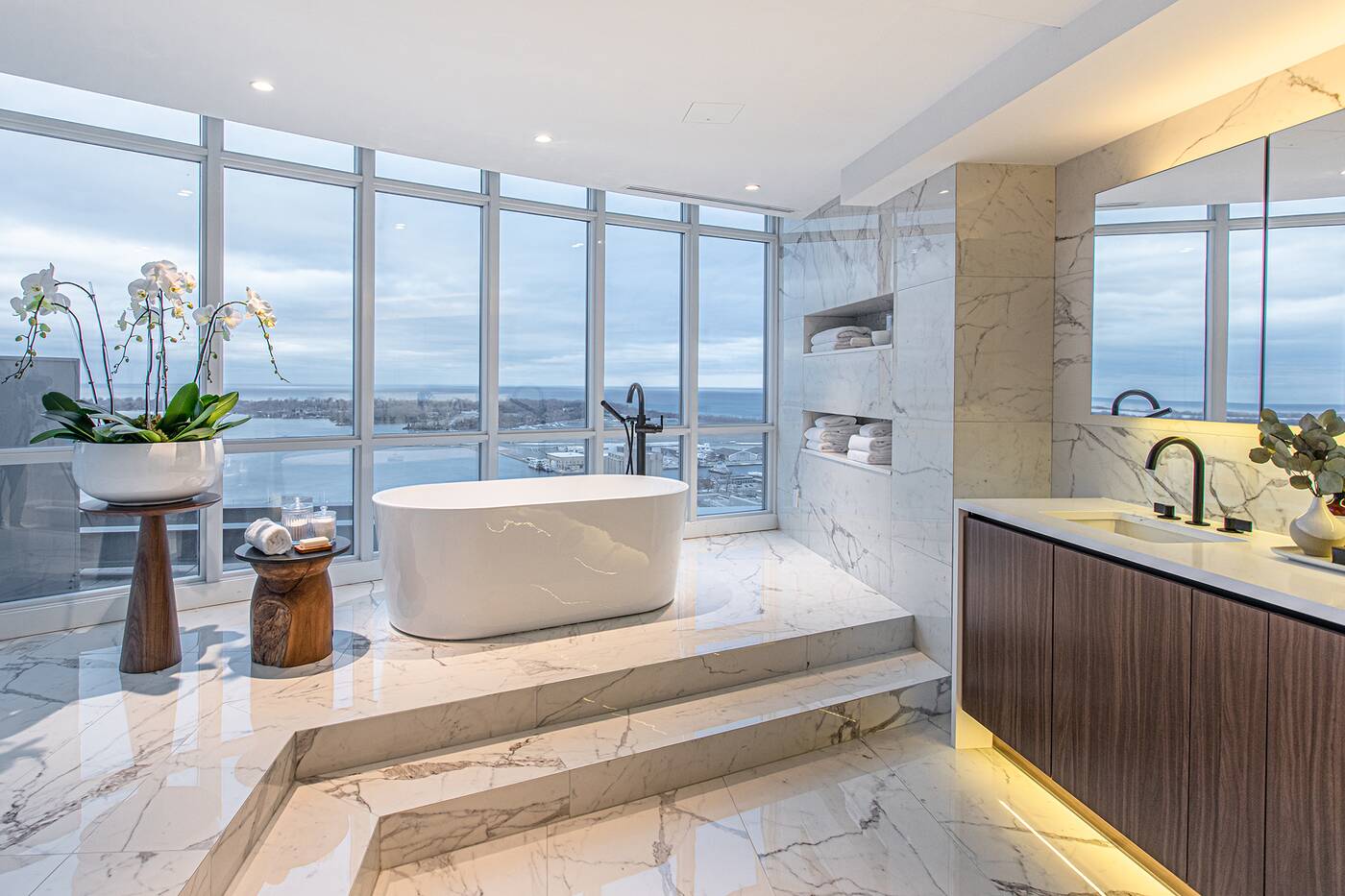 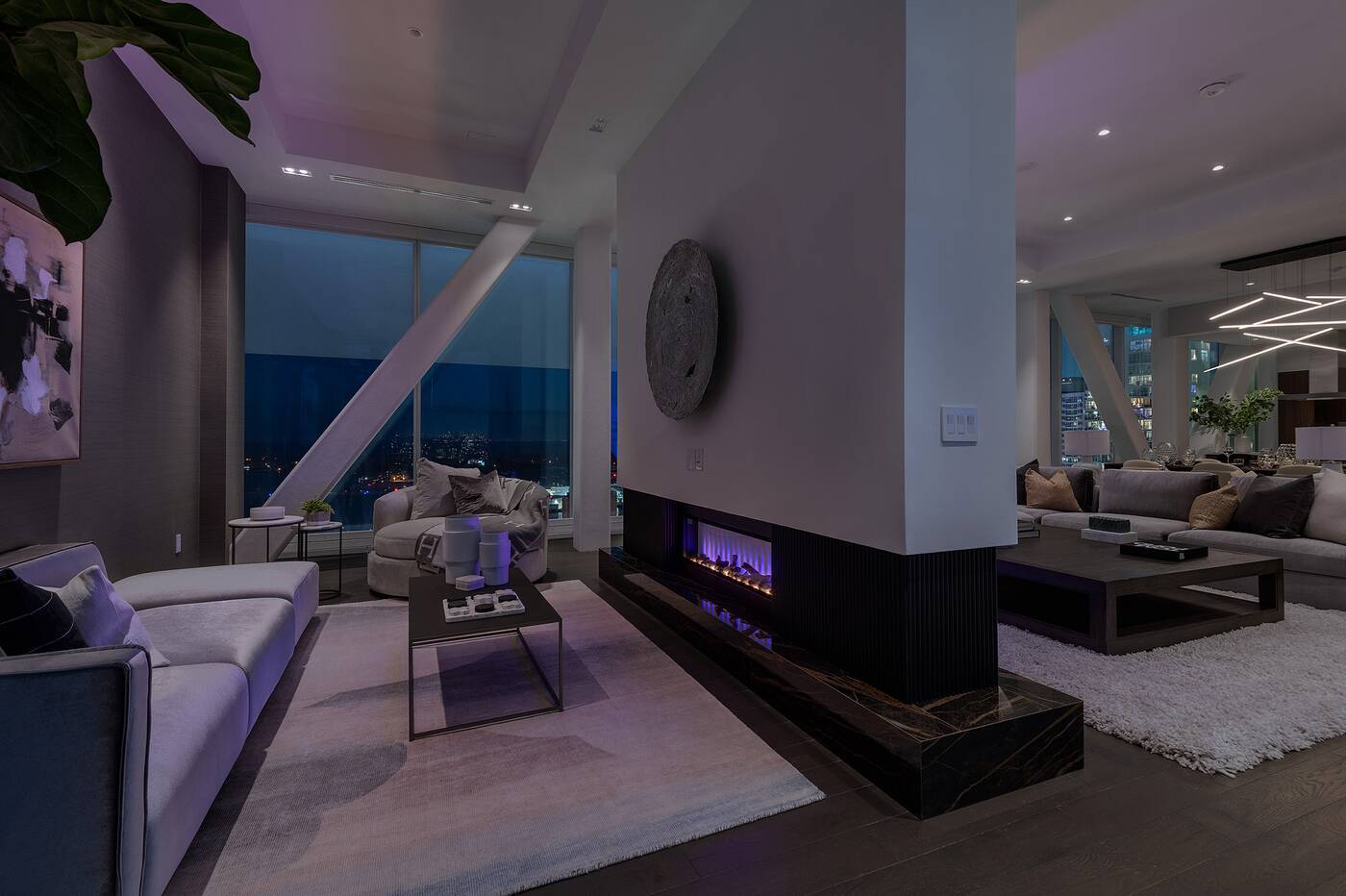 And sweeping panoramic views of both the city and Lake Ontario from 30 storeys in the air.

For those unafraid of heights, the Grand Bridge Suite also has its own 823 square foot "outdoor retreat" serviced by an indoor bar and sunroom.

A private three-car garage is included with the unit, as are what developers describe as "timeless design, finishes and furnishings from LIV Design Studio." 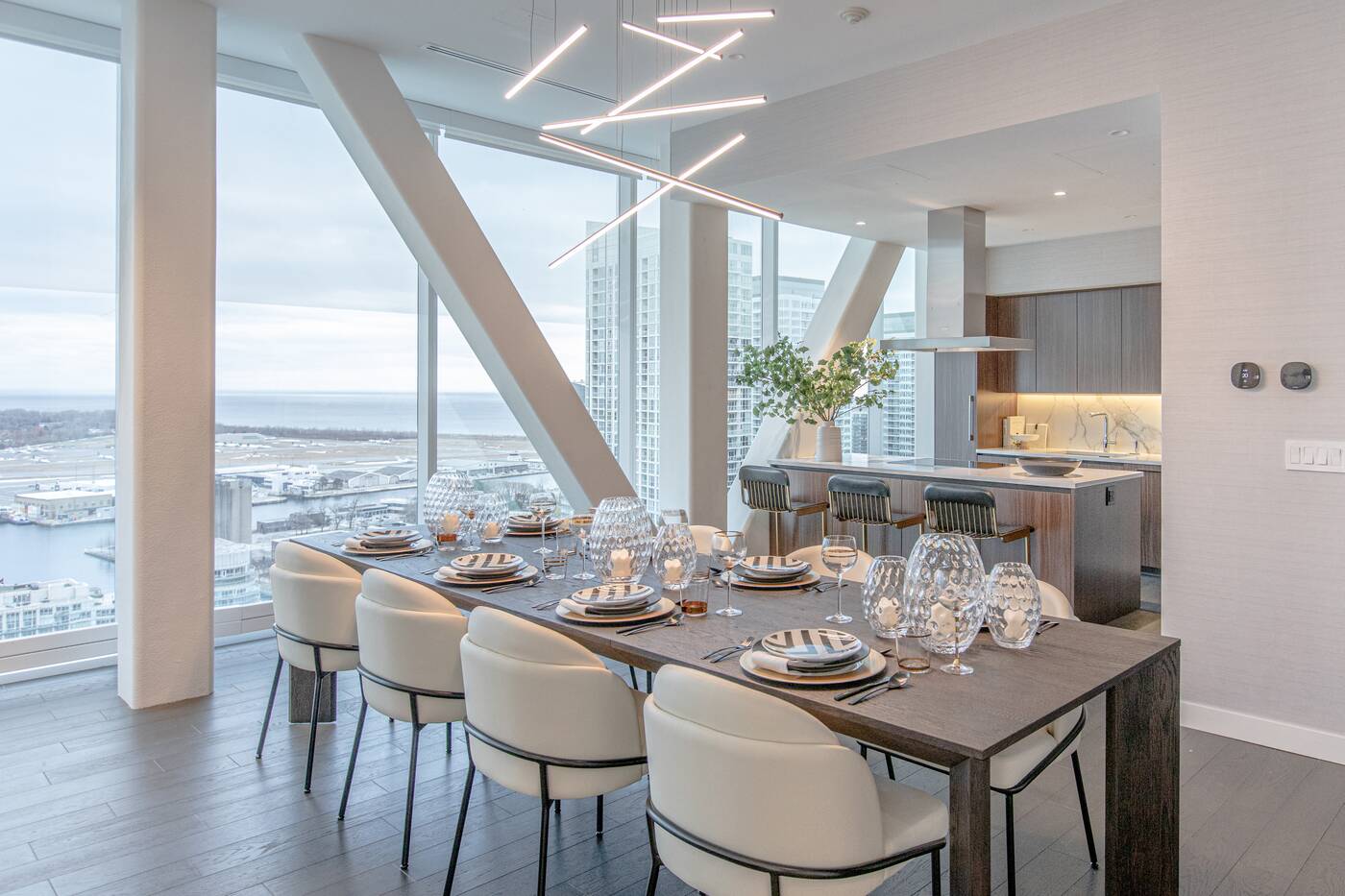 "Rarely in a city can you point in the sky and say definitively, 'I live there," however, the uniqueness of this residence makes it very hard to miss," said Isaac Chan, Vice President, Sales and Marketing at Concord Adex in a release issued Wednesday.

"The Bridge Suites have long sparked intrigue from Torontonians and we're excited to pull back the curtain and finally give everyone the grand tour of this incredible space."