Plans for the next part of a five-phase revitalization of Regent Park are in just as the city has announced plans to move ahead with a new developer.

The Daniels Corporation, which recently fielded complaints from the cycling community around their newly installed bike racks in Regent Park, will not be completing the project they started 15 years ago. Toronto Community Housing Corporation (TCHC) has engaged Tridel Builders Inc. to complete Phases 4 and 5.

"Tridel won the contract with a plan that provides outstanding value to the Regent Park community, TCHC and the City of Toronto," said TCHC Board Chair Tim Murphy.

The decision to change developers was not welcomed by some Regent Park residents, one referred to the switch as "backstabbing."

Daniels president and CEO Mitchell Cohen said they were "deeply disappointed" with the decision but wished Tridel well. Cohen also reassured local residents of the company's long-term commitment to the Regent Park community.

"Our work has never been just about sewers, roads, buildings or district energy systems. It has been about building community."

Daniels will complete Phase 3 of the project and recently submitted the proposal for the section known as Block 1 at 365 Parliament St.

The revitalization of Regent Park started in 2006 with the demolition of a 1940s and 1950s era community housing project. 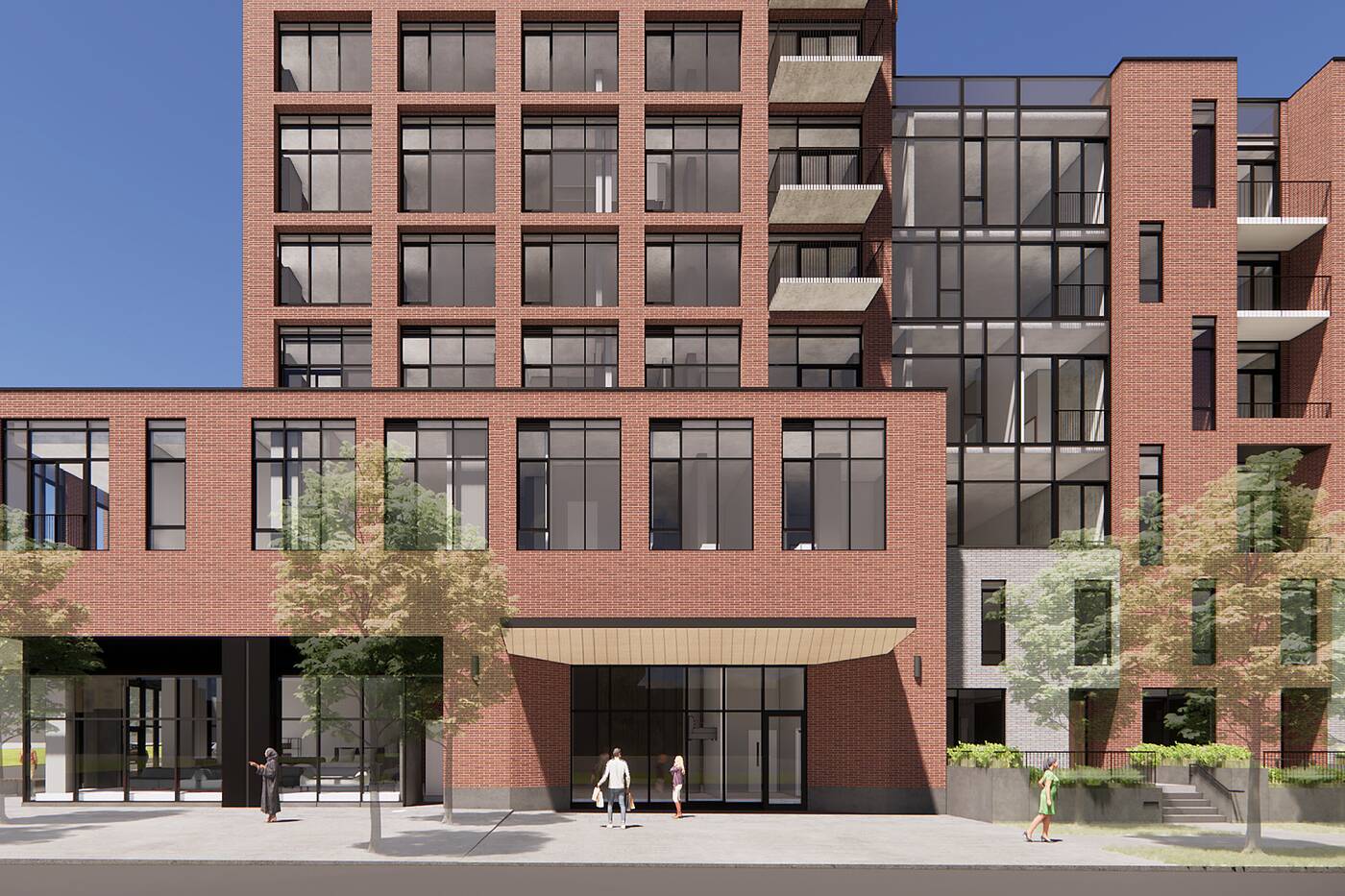 A view of the new proposed development from Oak Street looking north.

The idea was to create a mixed-income, multi-generational community that now has a six-acre park, aquatic centre, community centre, the Regent Park Athletic Grounds and Daniels Spectrum, a 60,000 square foot arts and cultural hub.

There has been some debate about how accessible these amenities are to the residents, however. 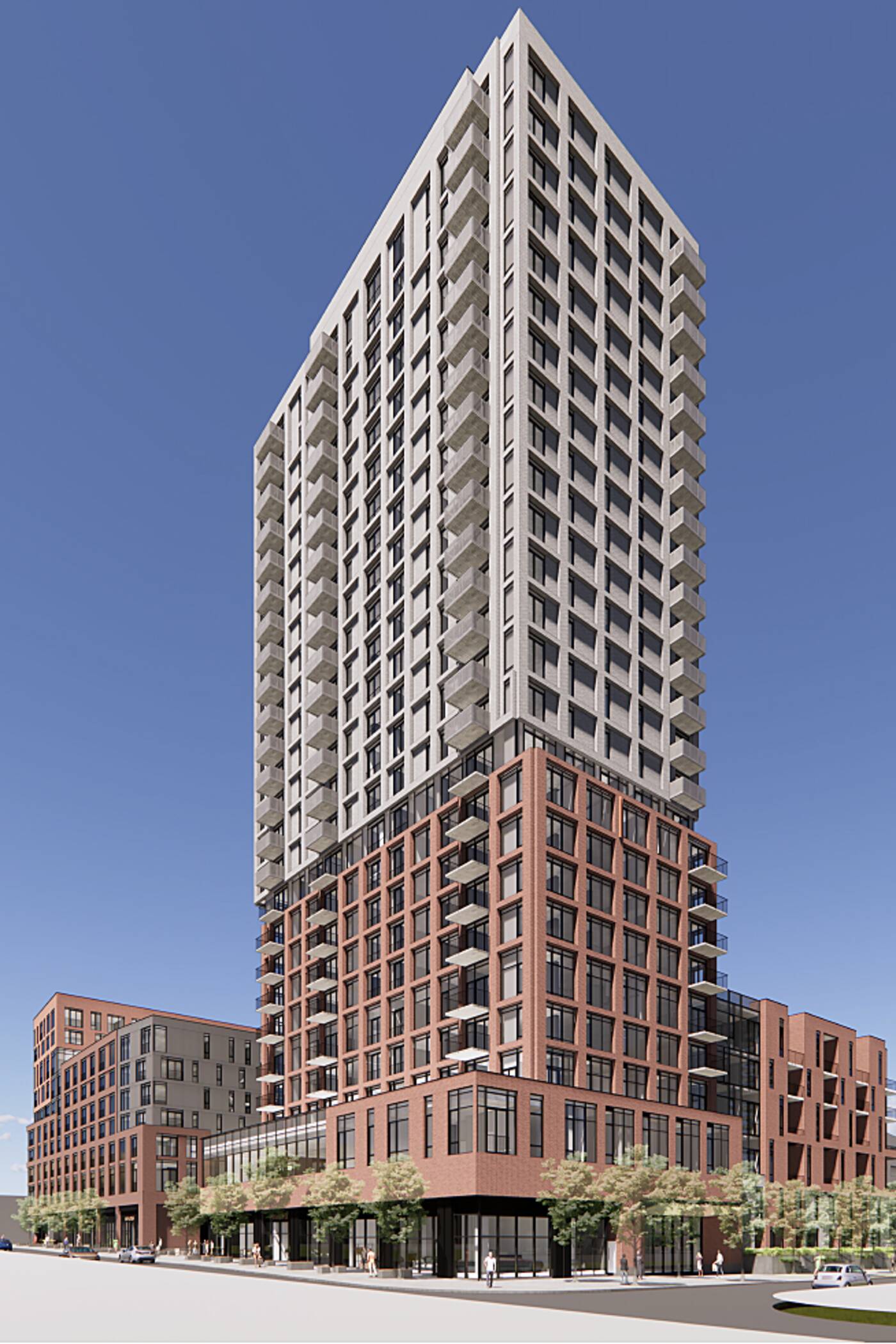 The next part of the project to be developed is a piece of vacant land at the south-east corner of Parliament Street and Gerrard Street, bounded by Oak Street to the south and Dreamers Way to the east.

The proposal is to build a 25-storey condo tower with a 10-storey mid-rise component. There will be a total of 614 residential units. 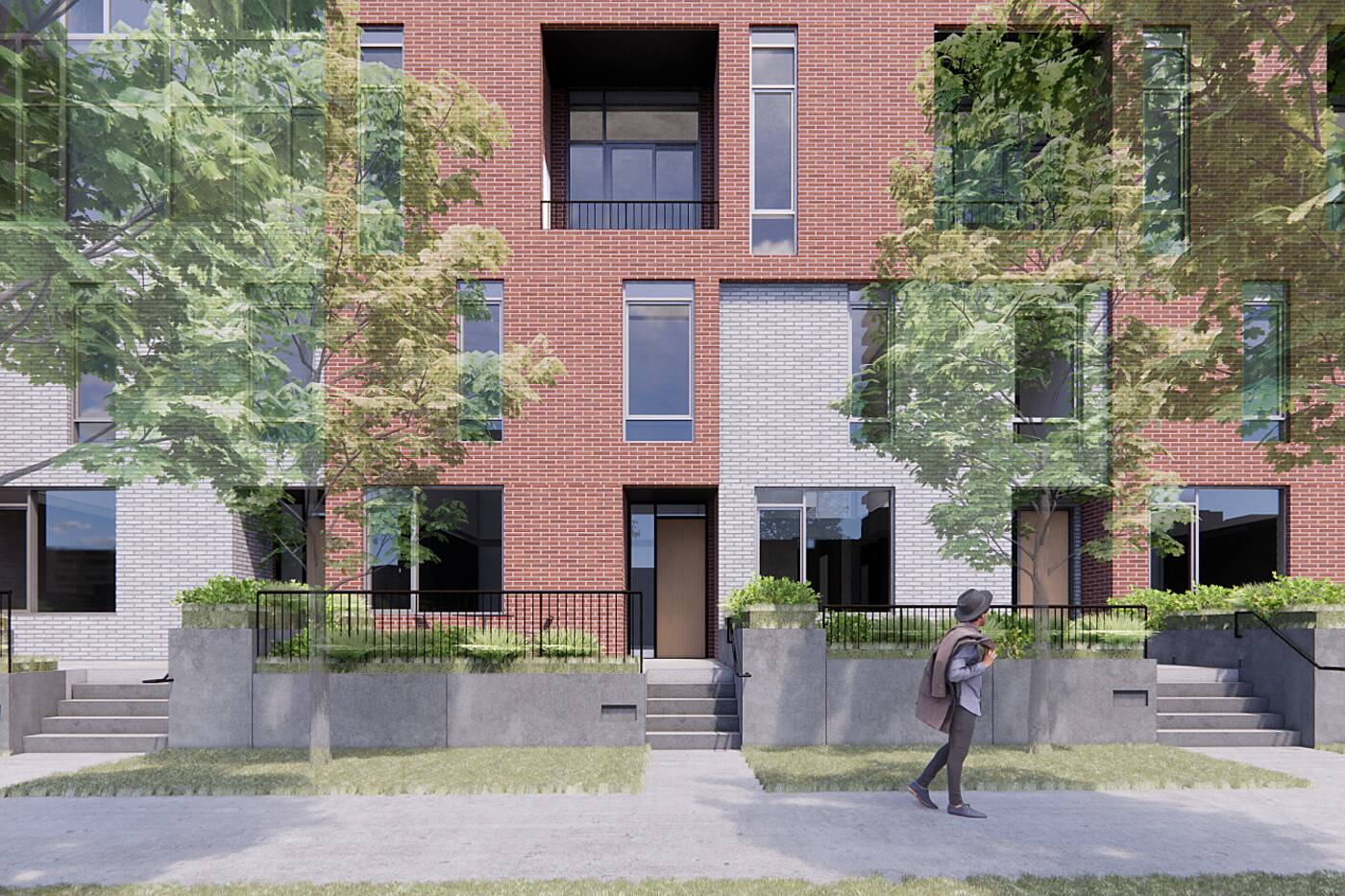 The 25-storey tower has its main entrance on Oak Street and is located at the south-east corner of the site. 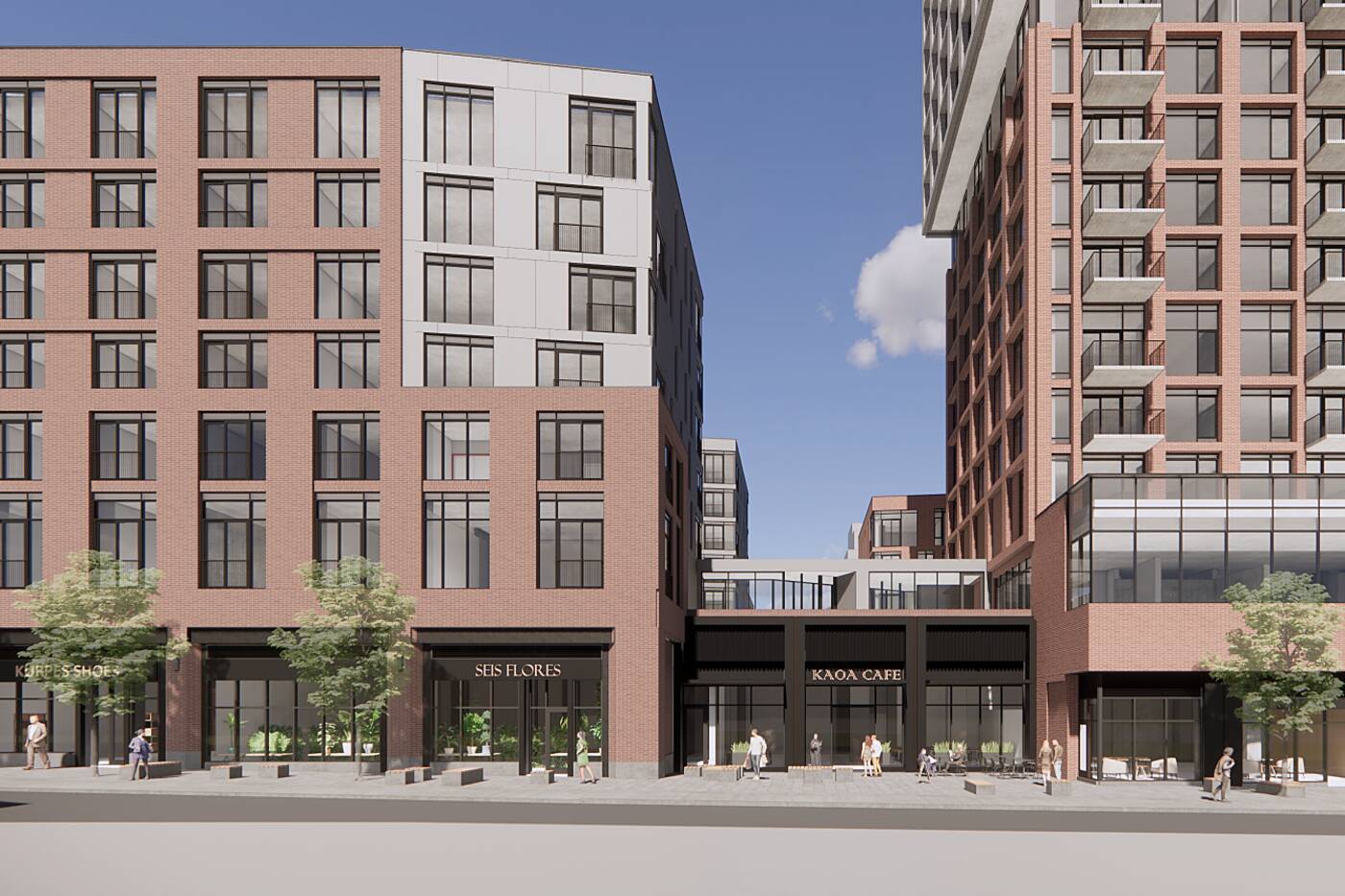 There will be 10 retail spaces at ground level.

Townhouses are proposed for ground level on both buildings with common outdoor amenity spaces. In addition, a permanent indoor pedestrian link is also on the second level to allow the residents year-round protected access to all shared indoor amenities in each building. 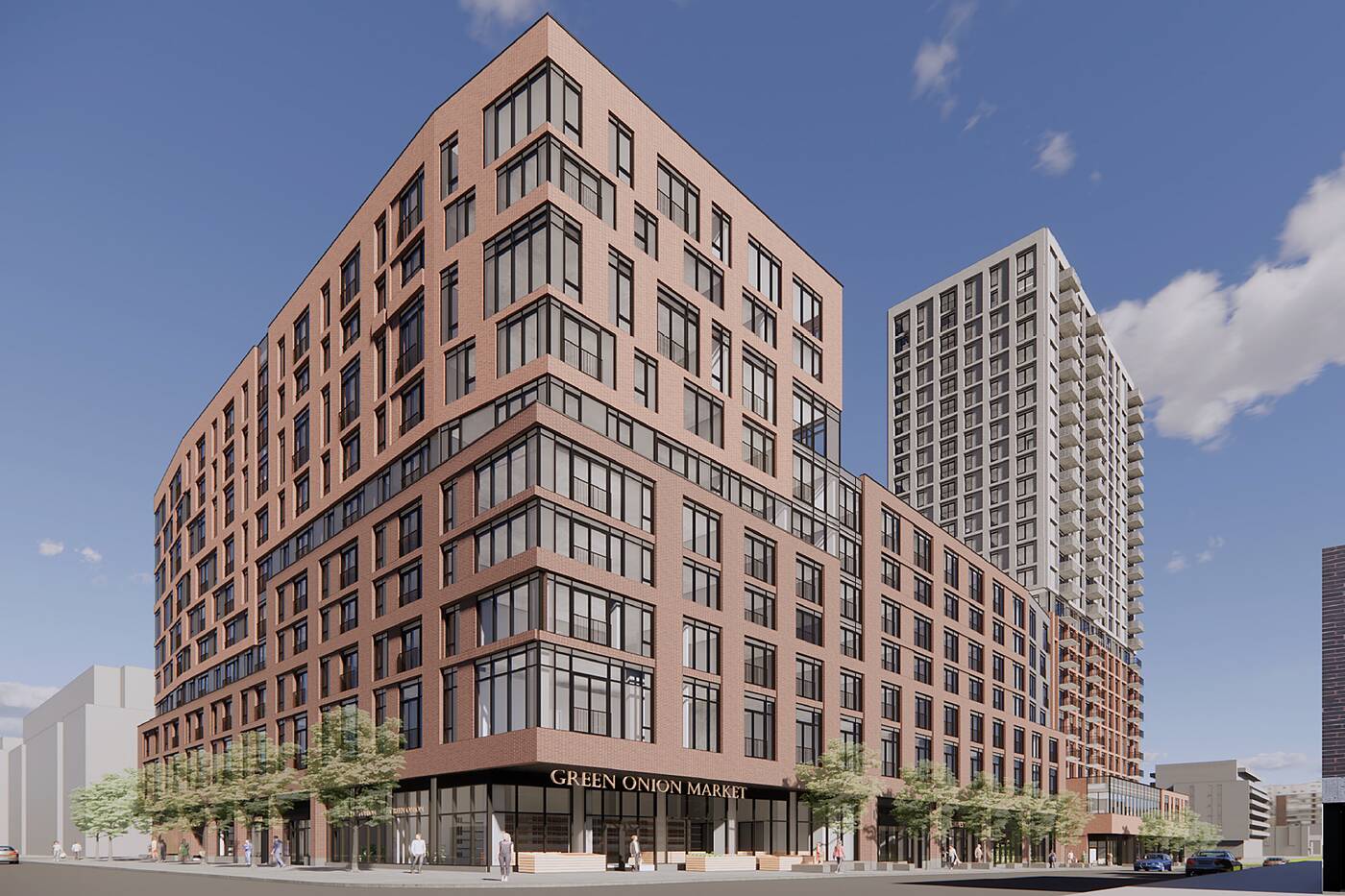 A view of the development from Gerrard Street looking south east.

A total of 2673.2 square meters of retail space is proposed on the ground level along both Gerrard and Parliament Streets. The size of the 10 retail units vary.

"A meticulous design process is based upon the principle that the corner of Parliament and Gerrard should become a key transition point between Cabbagetown and Regent Park," reads a letter in the City of Toronto application.

via City of Toronto submission