New places to lock a bike in Toronto might be welcome news for cyclists in the city but the posts going up in one neighbourhood are just making everyone angry.

Toronto's bike theft problems are notorious. Thieves have been known to use concrete saws and leap over fences to grab them. According to Toronto Police Service data, 3,665 bikes were reported stolen in 2019.

Every bit of extra security helps when you leave your bike unattended in downtown Toronto. So when the biking community saw new bike lock posts going up around Regent Park, they were not happy.

"These are a joke," said the cyclist who posted a photo in the private Facebook group Cycling in Toronto. 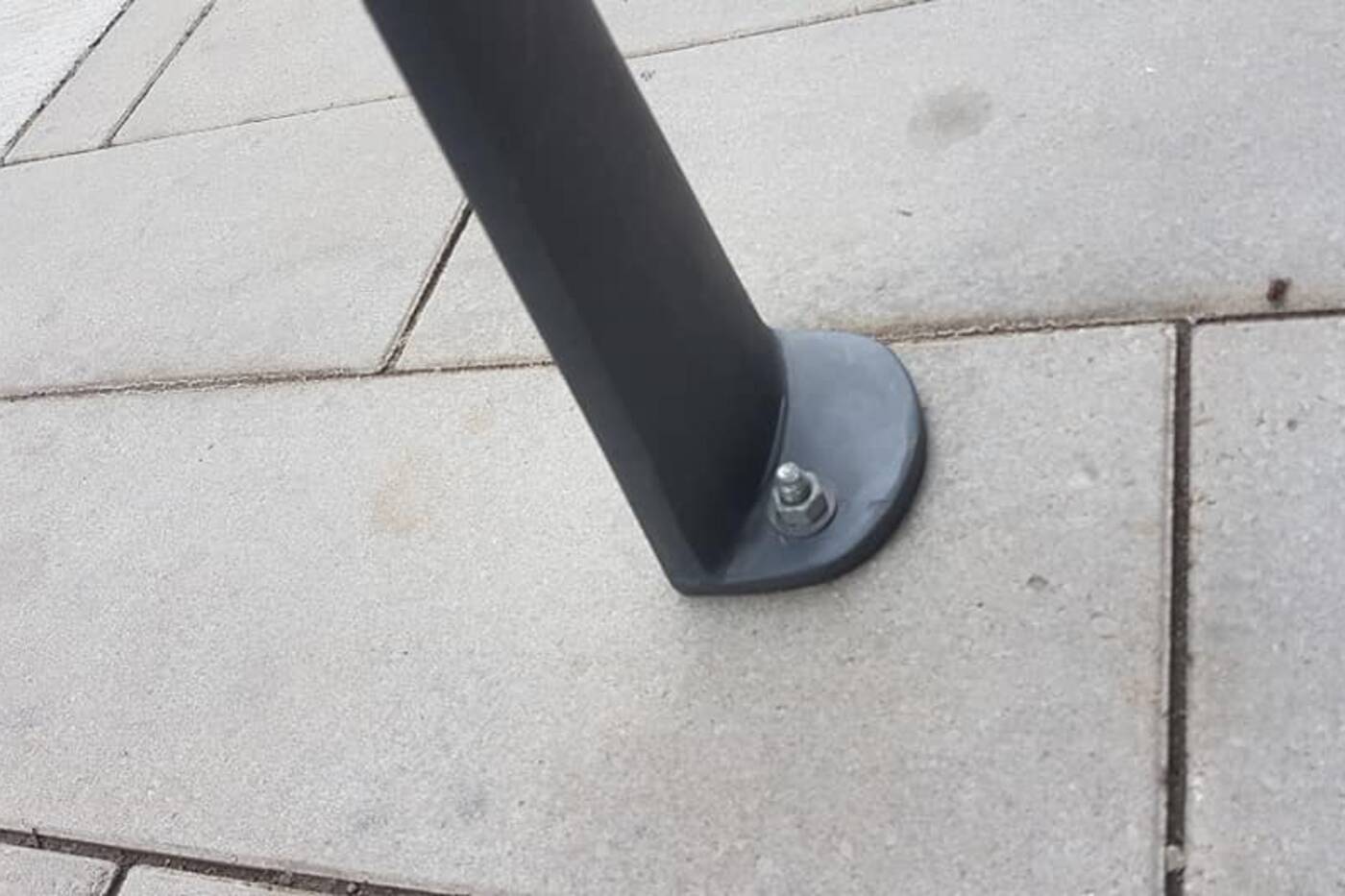 The bike posts only have one bolt in the base.

The bike lock up posts appear to be flimsy and are screwed into the ground with one bolt. The cyclist, who asked not to be identified, said the bolt can be easily unscrewed and the post itself knocked down.

"You see thieves are even knocking bikes from the City of Toronto posts that are very sturdy and strong," he said.

Daniels Corporation, which has several developments in Regent Park, is being linked to the new bike posts going up on Dundas Street East in Regent Park. A spokesperson from Daniels said they heard about the issue Thursday afternoon.

"Since then, our team has been working to find a proper resolution to ensure the bicycle parking we installed at this particular site is secure," the spokesperson told blogTO in an email.

In the meantime, they have taped these particular racks off. 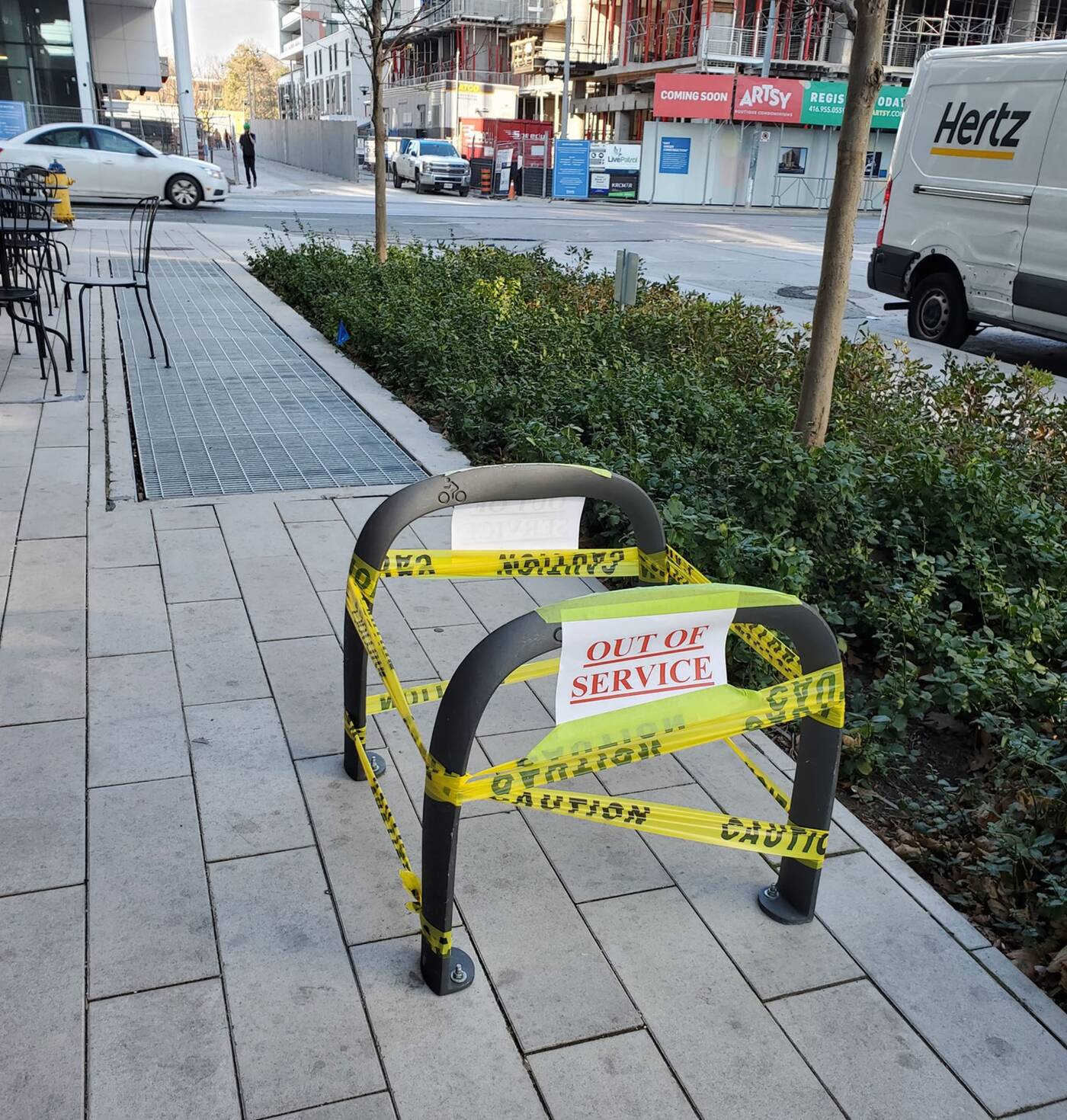 There are about 50 of these new bike posts in Regent Park. Some of them are already marked as out of service after complaints. Photo by Brian Chang.

There were at least 50 of the posts in Regent Park, the cyclist said, and he urged people to contact Daniels Corporation to complain.

"These are for real?" one cyclist wrote. "They look like they could be knocked over with a couple of good kicks. What a waste."

"Looks like they have a bike thief designing these!" another cyclist said.