This Friday, after almost two decades in service, GO Transit's old Union Station Bus Terminal will be fenced off and closed to the public for good.

While it's certainly no architectural marvel, the open air terminal and heated waiting area with vending machines will be missed. The facility has, after all, become a familiar haunt for daily commuters since it opened in 2003, and will always underscore some beautiful memories.

It's pretty well-known by this point that Metrolinx is opening up a brand new, more-modern bus terminal at Union Station on Saturday, Dec. 5, just south across the railpath from where its existing terminal lies.

What hasn't been as widely-reported on lately is what will happen to the old terminal. So let's explore.

From March 2003. Just before its opening. Plus, free chocolate! pic.twitter.com/qtKAlO0SKu

Located near the southeast corner of Front Street West and Bay Street, the existing Union Station Bus Terminal will see its last day of service on December 4 before it's blocked off "for decommissioning work," according to Metrolinx.

GO Transit customers will be rerouted to the agency's new, state of the art bus hub located at the northeast corner of Bay Street and Lake Shore Boulevard.

The hub's new address will be 81 Bay Street — within the southern portion of the massive new CIBC SQUARE development.

As for 141 Bay Street — the old Union Station Bus Terminal's address — it will become home to the (yet-to-be-built) northern tower of CIBC's multi-phased commercial development. Eventually. 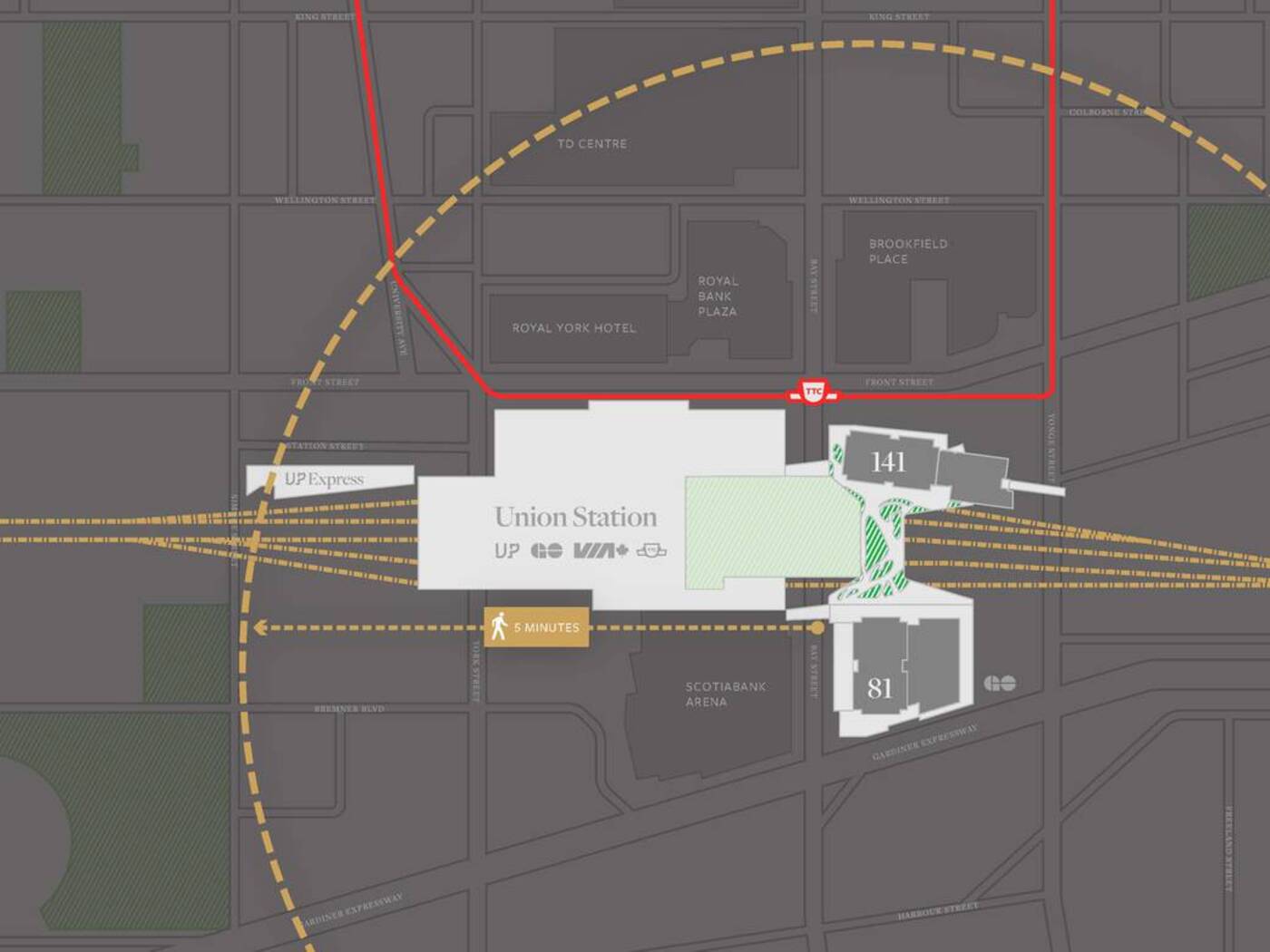 The north tower of CIBC's skyline-changing new headquarters complex in downtown Toronto will replace the old Union Station Bus Terminal, among other things near the corner of Bay and Front Streets. Image via CIBC.

Unfortunately, while the southern portion of the development is pretty much ready to go, we'll have to wait until at least 2024 for the northern tower of CIBC Square to be completed.

The north tower will feature a 50 storeys of office space atop a glassy podium with retail space on the main, second and fourth floors.

Once the old station is razed and the northern tower is built, the two CIBC Square buildings will be connected by an elevated urban park.

Until then, you can expect many more years of construction activity in and around Union Station... if that weren't already a given.