It may be getting slightly less expensive to rent a place in Toronto amid the COVID-19 pandemic, but new data suggests that it's getting pricier to live in cities that surround the GTA.

Padmapper states in its August 2020 Canadian rent report, released on Thursday, that average rents in the City of Toronto have continued the downward trajectory they've been following since April.

Year-over-year, average rental prices for one bedrooms and two bedrooms in Toronto actually declined by 8.7 per cent and 7.0 per cent, respectively.

Barrie, on the other hand, experienced meteoric growth in the one-bedroom rental sector with a month-over-month average price increase of 5.1 per cent, and a year-over-year jump of 13.1 per cent.

At $1,640 per month, it's still significantly cheaper to rent in Barrie than in a major urban market, but the small city roughly two hours north of Toronto experienced the highest rental price increase growth of any Canadian city surveyed by Padmapper in July.

It was Oshawa that marked the steepest average increase in rents for two-bedroom apartments. At a new rate of $1,600 per month, two-bedrooms shot up 5.3 per cent month-over-month and a whopping 15.1 per cent year-over-year in Oshawa.

"While the 2 priciest cities in Canada experienced another month of declining prices... neighboring markets saw rents continue to climb," writes Padmapper of the trend, citing Barrie, Oshawa and Hamilton as examples in the Toronto area.

"Exacerbating the trend from previous months, the pandemic has continued to push demand for rentals away from big, pricy cities toward more affordable, satellite ones that offer renters more space without being too far of a commute to the main cities."

The purported mass exodus of downtown dwellers into the burbs and surrounding cities isn't alone in driving down rent prices for the downtown core, however.

A lack of demand due to health and financial concerns is said to be another factor behind declining rent prices in Toronto, as is a surge of supply as Airbnb-lords turn their short-term rental units into long-term housing.

Here's a full breakdown of how rent prices changed over the past month across Canada's 24 most-populous metro areas, courtesy of Padmapper: 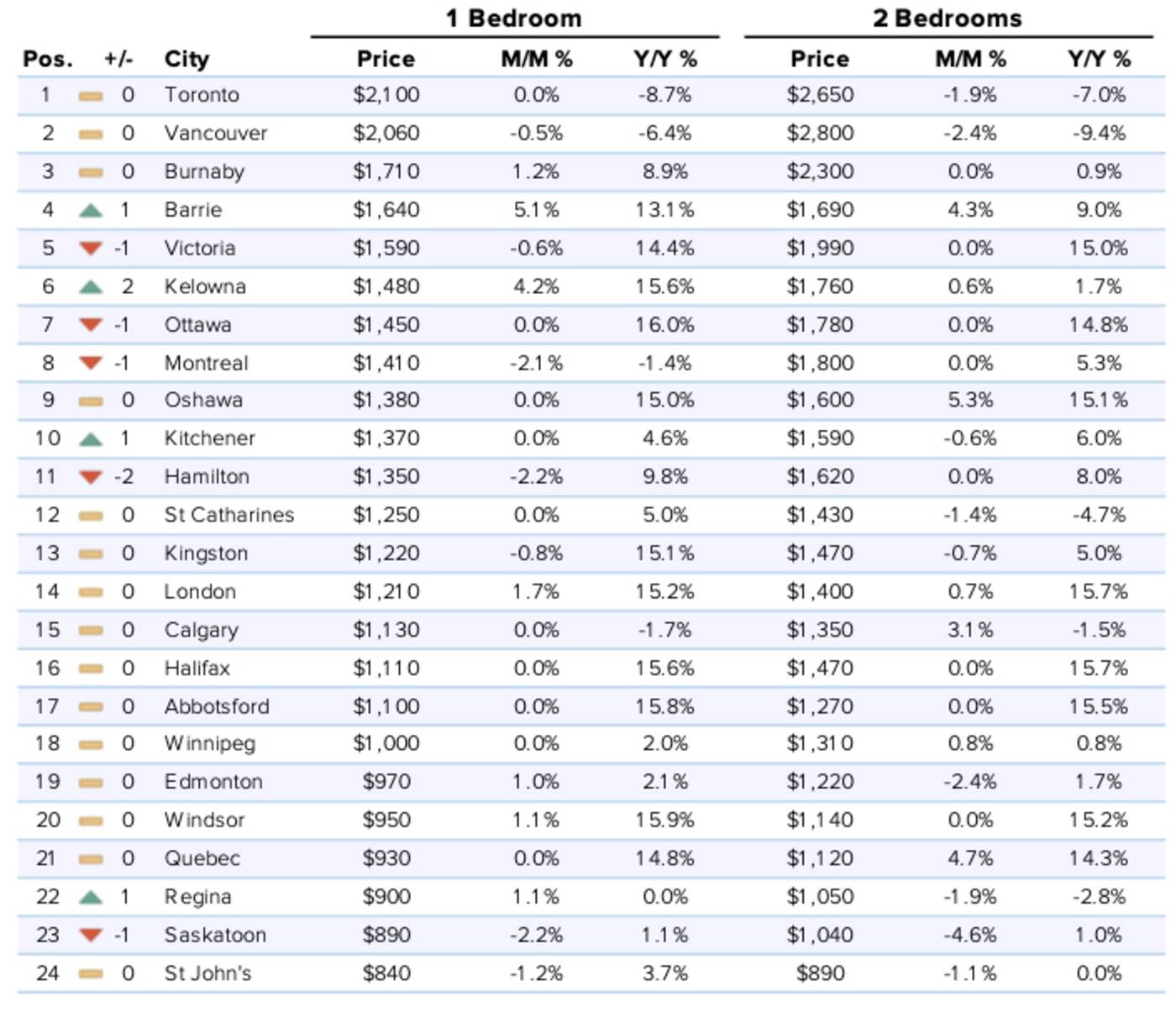