Toronto rent prices keep going down as the pandemic rages on

The past nine weeks (and counting) have been excruciating for Toronto apartment-dwellers, many of whom have been isolating without access to back yards or any public spaces that aren't rammed with people.

Now, however, after years of watching their monthly living expenses go up and up and up, renters are finally getting a break.

Yes, there's a silver lining to this otherwise horrible global pandemic, and it comes in the form of falling rent prices for residents of Canada's largest cities.

One-bedroom rents in Toronto just dropped by 2.2 per cent, month-over-month and year-over-year, according to Padmapper's freshly-released May 2020 Rent Report.

Two-bedroom units went down by a whopping 4.1 per cent, month-over-month, hitting an average of $2,830 — roughly 0.7 per cent less expensive right now than they were last year at the same time. 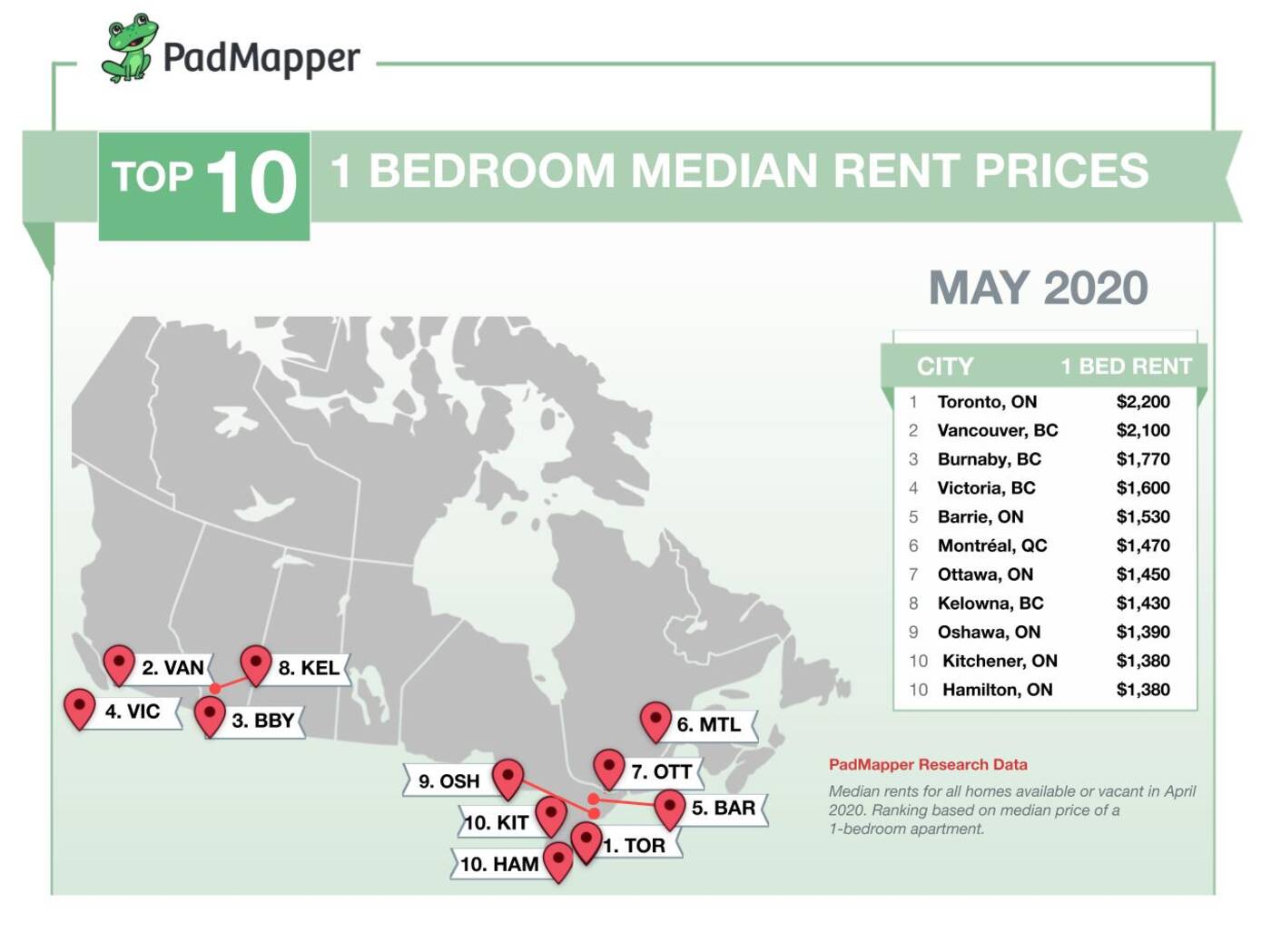 Toronto remains the most expensive city in Canada for renters, but prices are falling all over the country amid the ongoing pandemic. Image via Padmapper.

"For the first time since we started reporting Canadian rent prices, Toronto rents were down on all fronts," wrote Padmapper in its monthly report on Thursday. "Vancouver prices felt a similar downward trend as well."

Indeed, Canada's two largest markets both experienced declines in rent prices after years of battling it out to see who could be more exorbitantly expensive.

Toronto still reigns supreme in the category of one-bedroom rentals (Vancouver is just $100 shy at $2,100 per month) but our West Coast friends still pay more for two-bedroom units at $3,000 per month.

It hasn't been this good to be a Toronto renter in years (for those who still have jobs, at least), but the pandemic is also bringing down home and condo prices, potentially making it possible for some renters to enter the buyer's market, if that's what they're into.