Wow! Do my eyes deceive me, or did Toronto rent prices just go down a very, very little bit?

It's true, according to Padmapper's most-recent analysis of hundreds of thousands of active rental listings across the country.

The apartment hunting website, which keeps tabs on the median asking rents for Canada's 24 most-populous metro areas, released its May 2019 rent report on Wednesday.

One bedroom apartments in Toronto are now going for the low, low bargain price of just $2,250 per month on average. That's a full 10 dollars less than what we saw in December when the market peaked at $2,260.

Toronto remains the most expensive city in Canada for renters, however, beating out even Vancouver (which just hit $2,130 per month) in terms of how much money it costs to rent a one-bedroom apartment in the city. 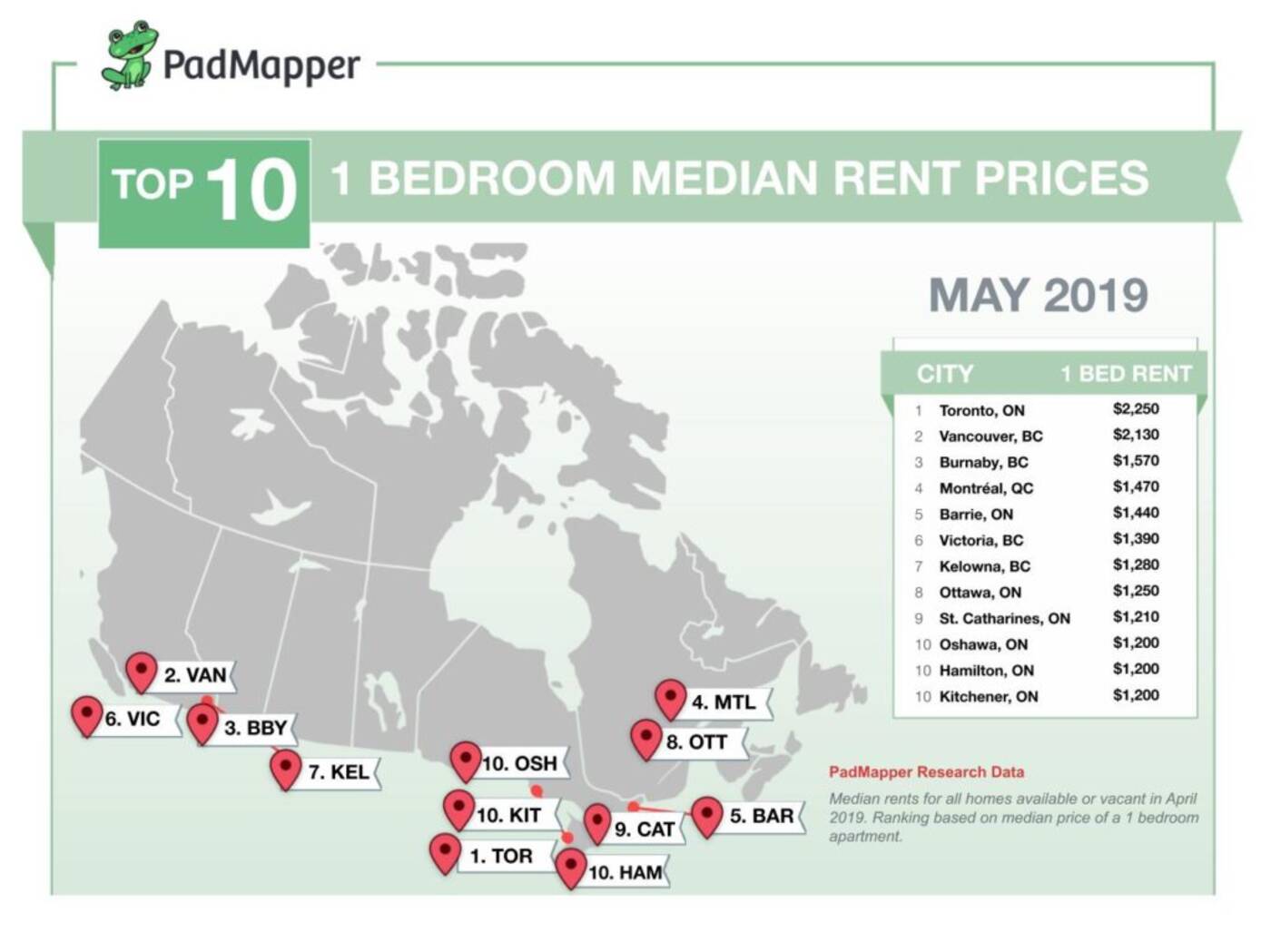 Toronto rents remain the highest in all of Canada despite a .04 per cent decline from April to May. Image via Padmapper.

Also, one bedrooms are actually up in Toronto, year over year. In May of 2018, the average rent for such a unit was around $2,200.

Two bedrooms have remained relatively flat over the past month, though they, too, are up quite a bit year over year at $2,850 per month as of May 2019.

A full breakdown of all 24 cities pegs Windsor, Ontario as the cheapest metropolitan area in Canada right now for renters. You can still score a one-bedroom there for just $800 a month.

Of course we can.