We may have shaggy hair, sun-deprived skin and and credit card bills filled with embarrasingly high Uber Eats charges, but Toronto residents are reaping at least one benefit from being locked down for the past three months: Cheaper rent.

This only applies to those looking for a new place, of course, as it's unlikely your landlord will lower the rent you're already paying (or in some cases, not paying.)

Padmapper's rent report for June 2020 puts the average one-bedroom unit in Toronto at only $2,180 per month, based on currently listings for apartments and condos in Canada's largest city.

The "only" in that sentence may sound nuts to those unfamiliar with Toronto rents, but $2,180 is far cheaper than the high of $2,500 reported in October of 2019. 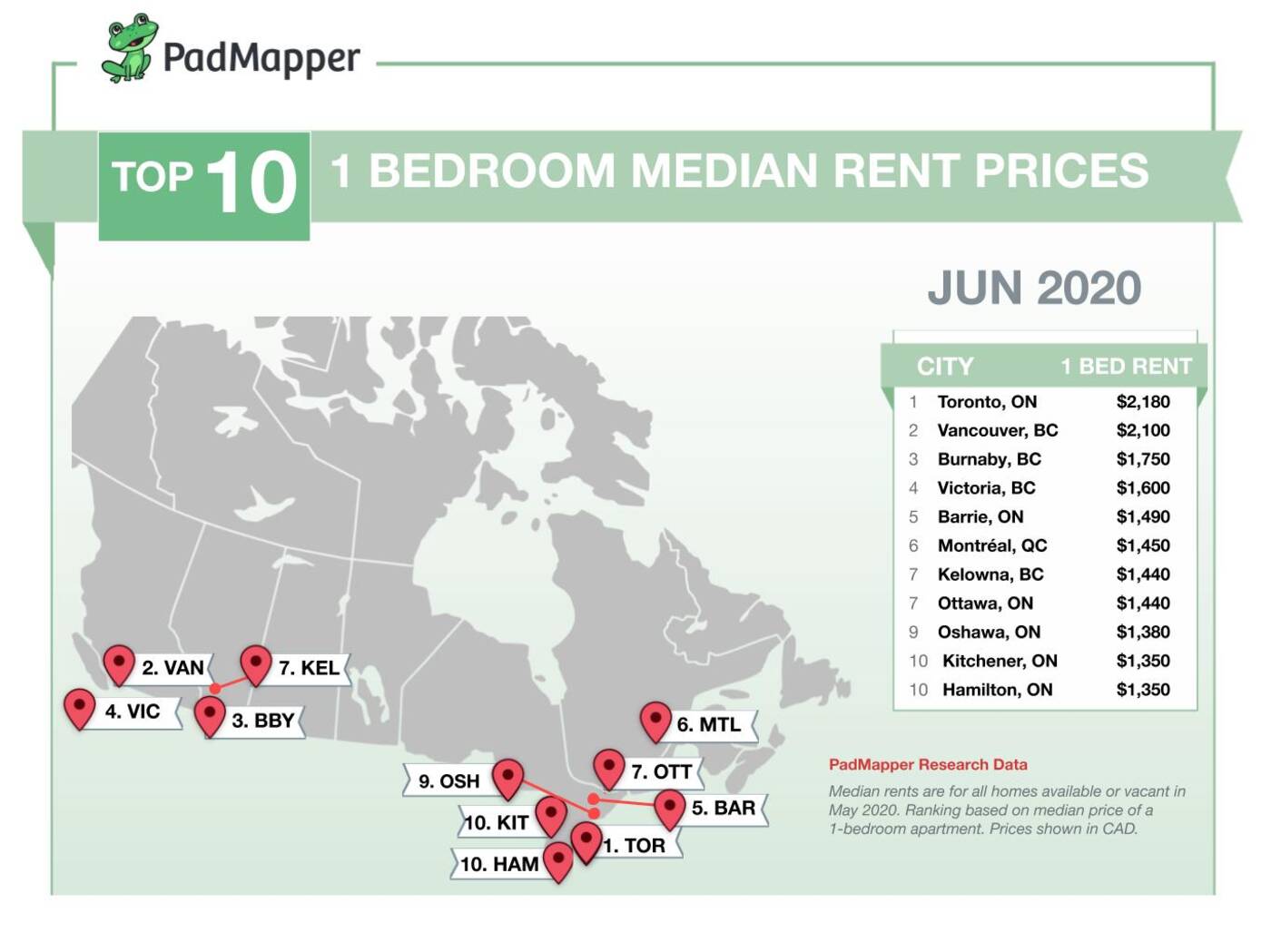 Analysts have pegged the steep rent decline in local rent prices on a combination of decreased demand (people hesitant to move amid a pandemic) and increased supply (former Airbnbs hitting the long-term rental market thanks to a provincial ban.)

What started as a slight dip in March has proven to be an ongoing trend, the end of which remains to be seen.

Similar trends can be observed across Canada. In fact, 80 per cent of the 24 Canadian cities tracked by Padmapper saw either flat or declining monthly rent prices this time around.