Cost of a one bedroom rental in Toronto reaches $2,290

The median rent on a one bedroom apartment in Toronto has jumped up by 10 per cent since this time last year, according to data crunchers for a popular Canadian rental website, bringing us up to a new monthly peak of $2,290.

PadMapper's latest Canadian National Rent Report (generated through hundreds of thousands of listings across the country's 24 largest cities as of July of 2019) once again has Toronto leading the pack in terms of rental prices, consistent with other analyses we've seen from similar firms in recent weeks.

Vancouver, meanwhile, saw a slight dip in one-bedroom apartment rates. You can score a smaller pad in the West Coast city for $2,200, on average, right now, while a two-bedroom will run you exactly as much as a one bedroom in Toronto at $2,290.

Here's the full list of current median rental rates across Canada, if you're curious about moving to Windsor, Quebec City or St. John's, courtesy of PadMapper: 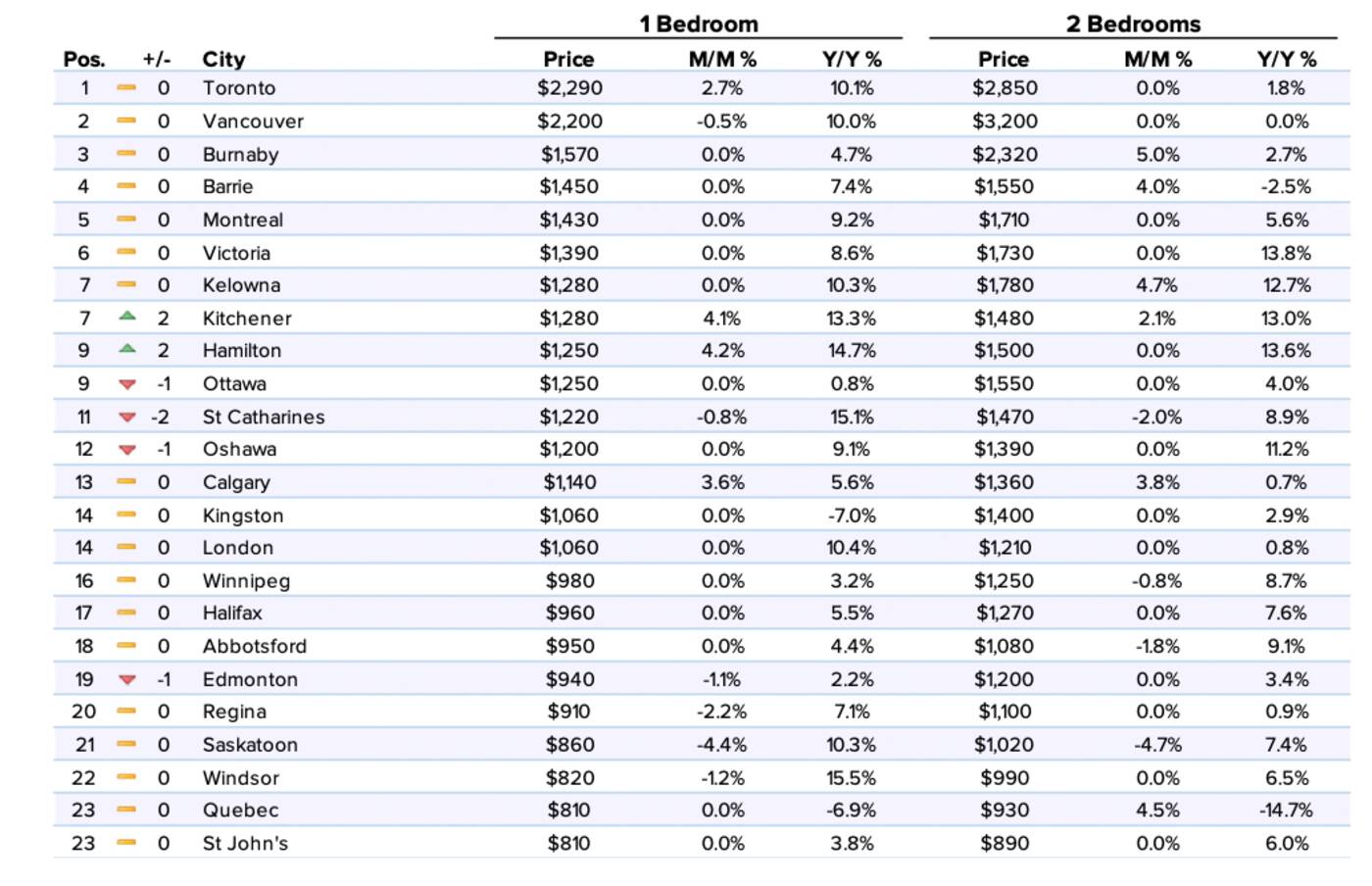