Six residents of a warehouse in Corktown are crying foul after being served eviction notices during Ontario's state of emergency.

Tenants of the the warehouse at 507 King St. East, several who have lived there for over 20 years, are being told by their property owner that they have until September to vacate their homes.

The four-storey building sitting by the Adelaide underpass was sold to real estate developer Hullmark and the coworking company East Room for $21.7 million last year.

According to its owners, the new outpost of the swanky coworking space is expected to be up and running by March 2021.

Helps, who suffered from a heart attack last year, says he's been unable to find similar accommodations for the same amount he's been paying, which currently sits at just over $1,300 a month.

Ideally he'd like to stay near St. Michael's Hospital, where he gets his medication, but Helps believes he will likely have to find a cheaper place outside the city.

"We're not legal in the eyes of the municipality. We don't have the same right as renters do." 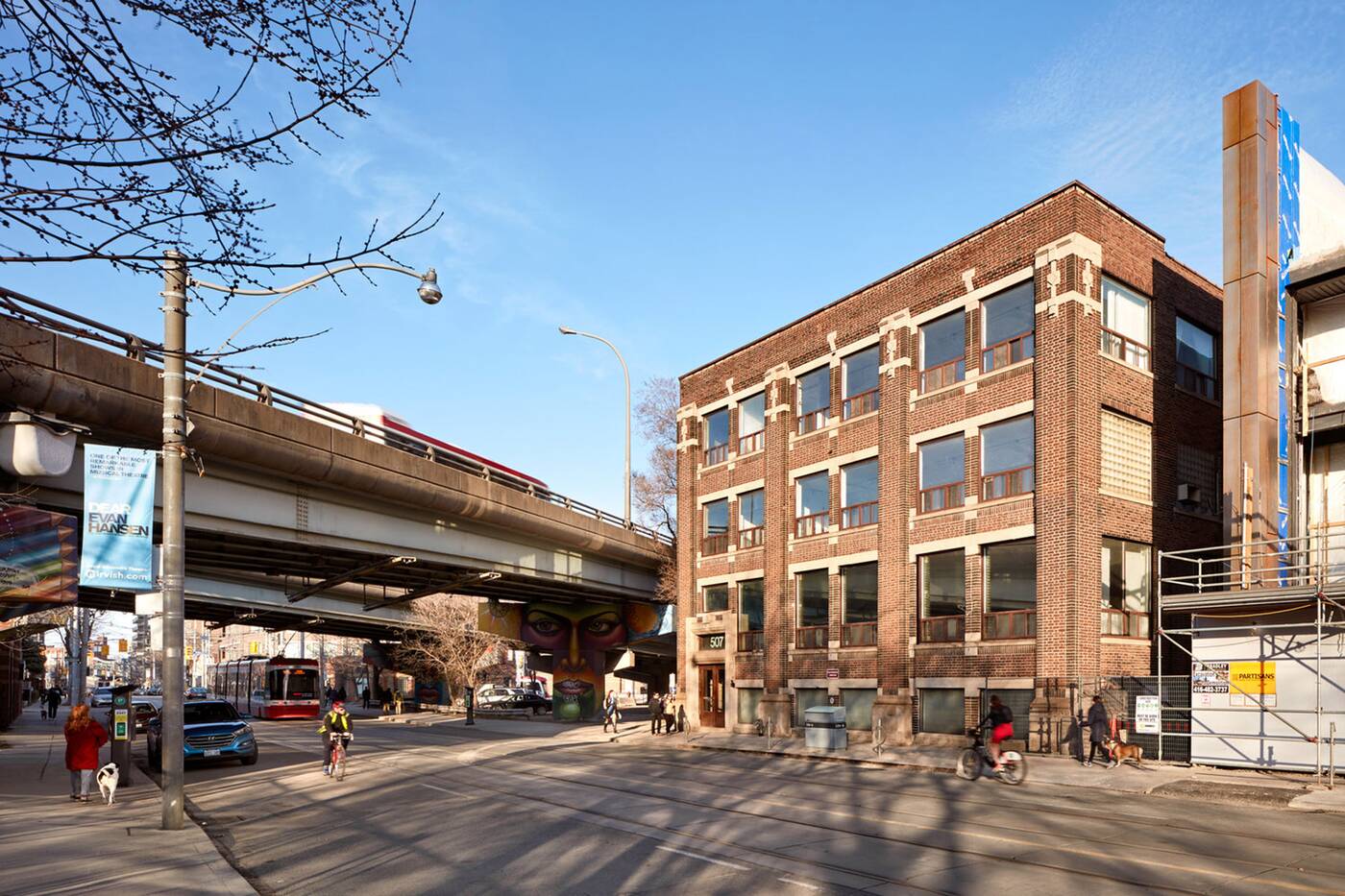 507 King Street East has been home to a mix of commercial and residental units for nearly three decades. Photo by A Frame Studio.

For nearly 30 years, 507 King's tenants have been a rare mix of both commercial and residential units, the latter which have functioned as affordable live-work spaces for artists, well before the reconstruction of the West Don Lands or arrival of Canary District next door.

But under the current I-1 industrial zoning, the City says residential units in 507 King aren't actually permitted, meaning the tenants living in them have, technically, been doing so illegally for decades.

However, residents say their live-work units have always been legitimate, and past zoning of similar buildings like the warehouse at 189 Old Weston Road show that live-work studios have been permitted in I-1 districts, whereas offices are not.

The City has also stated that Hullmark didn't know 507 King Street East had people living in them until after they'd bought the building.

The founders of East Room are family members of Scott Martin, the former landlord of the property, who the LTB ruled in October was indeed aware of units being used as residences before he sold the property.

Hullmark and East Room aren't legally required to replace the 13 rental dwelling units they intend on demolishing, unlike developments on properties zoned as residential, which require landlords to offer tenants first right of refusal.

"If the new owners were interested in adding residential units to the existing building, they would need to apply to have the land rezoned," says Kerri Voumvakis, a director at Toronto City Planning.

"The City does everything in its power to preserve all affordable and rental housing, but we cannot compel a property owner to rezone land."

Instead, the City has asked Hullmark to provide financial compensation "over and above what is required by the Residential Tenancies Act", along with compensation based on length of tenure and a moving allowance.

The City has also asked the landowner to extend the move-out date in light of the pandemic, says Voumvakis.

Since property owners first issued an eviction notice in January 2019, residents have been offered three months' rent plus extra, depending on how long they've lived in the building, if they have any disabilities, cvand moving allowances.

But given health safety concerns during the pandemic, Chandler says that would be impossible.

"My ideal situation is that they create a living space for me in their new plans," he says.

The remaining six residents have now formed a Facebook group to document their eviction process, an ordeal which resident Felix Wedgwood says backs up a recent Toronto Arts Foundation study saying nearly 1 in 5 artists have been renovicted and 73 per cent consider leaving Toronto.

"A lot of the people here feel like they're on the fringe of society, or on borrowed time...Because the rent people are paying here is so below market value, [the money] will be gone quickly," he says.

"What if I don't want the money, what if I want to stay in my home?"