Remember that imposing complex of ultra-modern, modular, greenery-covered condos that has been slated for King Street West for some time now?

Well, the luxury development and architecture firms behind the community dubbed King Toronto threw a sumptuous party proving that the prospect of living in the building is absolutely out of reach for many normal people.

It was all captured on video.

The evening included giveaways for a new Porsche 911 Carrera, Hermes Birkin bags worth up to $110,000, a Rolex watch and multiple gift cards for tens of thousands of dollars each.

Celebrate the Lunar New Year with newly released suites at King Toronto and a chance to take home a Porsche. One night only! Contact a @c21atria agent to attend this event tonight. #porsche #kingtoronto #torontocondos #torontorealestate #condos #preconstruction #kingwest #westbank

You know, the usual goodies you'd expect for free at any party, especially if you're dishing out millions for a few hundred square feet of space in one of the least affordable cities on the planet. 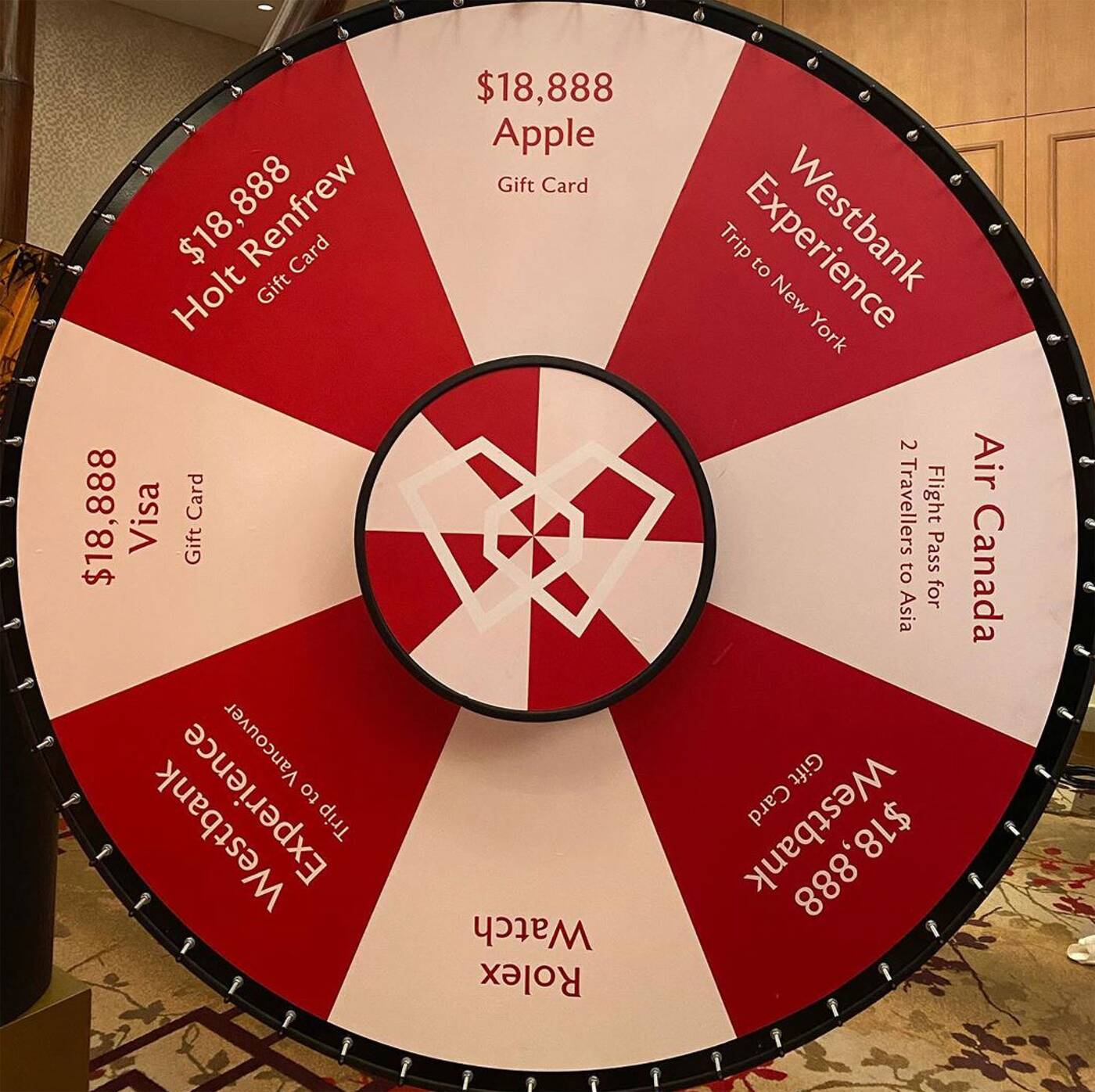 Condo buyers were given the chance to spin a wheel to see what prize they would get. Photo by pasargadmedia.

The incentives were tiered based on how expensive of a unit attendees were looking at buying.

Switch the wheel for a guillotine

The pixelated-looking set of buildings are due to include 500 residential units ranging in price from $850,000 to $8 million, along with boutique office spaces, a massive shopping plaza and connecting pedestrian pathways, an "urban forest" and more on the stretch of King between Spadina and Portland.

"can spin a wheel and potentially win a Rolex, a Birkin bag, a Porsche or a shopping spree at Holt Renfrew"

Thanks I hate it. Just more affluent people buying shit they don't need while people without means suffer by having resources kept away from them.