Toronto is the city of burgeoning buildings, and not just condos. Plans for massive office towers make up a good amount of the new projects promising to change the city's skyline.

Towering 24-storeys, this project at 25 Ontario St. will be a 460,000 square-foot LEED Gold affair housing companies like Think Research. Brought to the city by First Gulf—the same group behind the Globe and Mail reconstruction and 333 King Street East—you can expect this patch of the city to look drastically different when it's done. 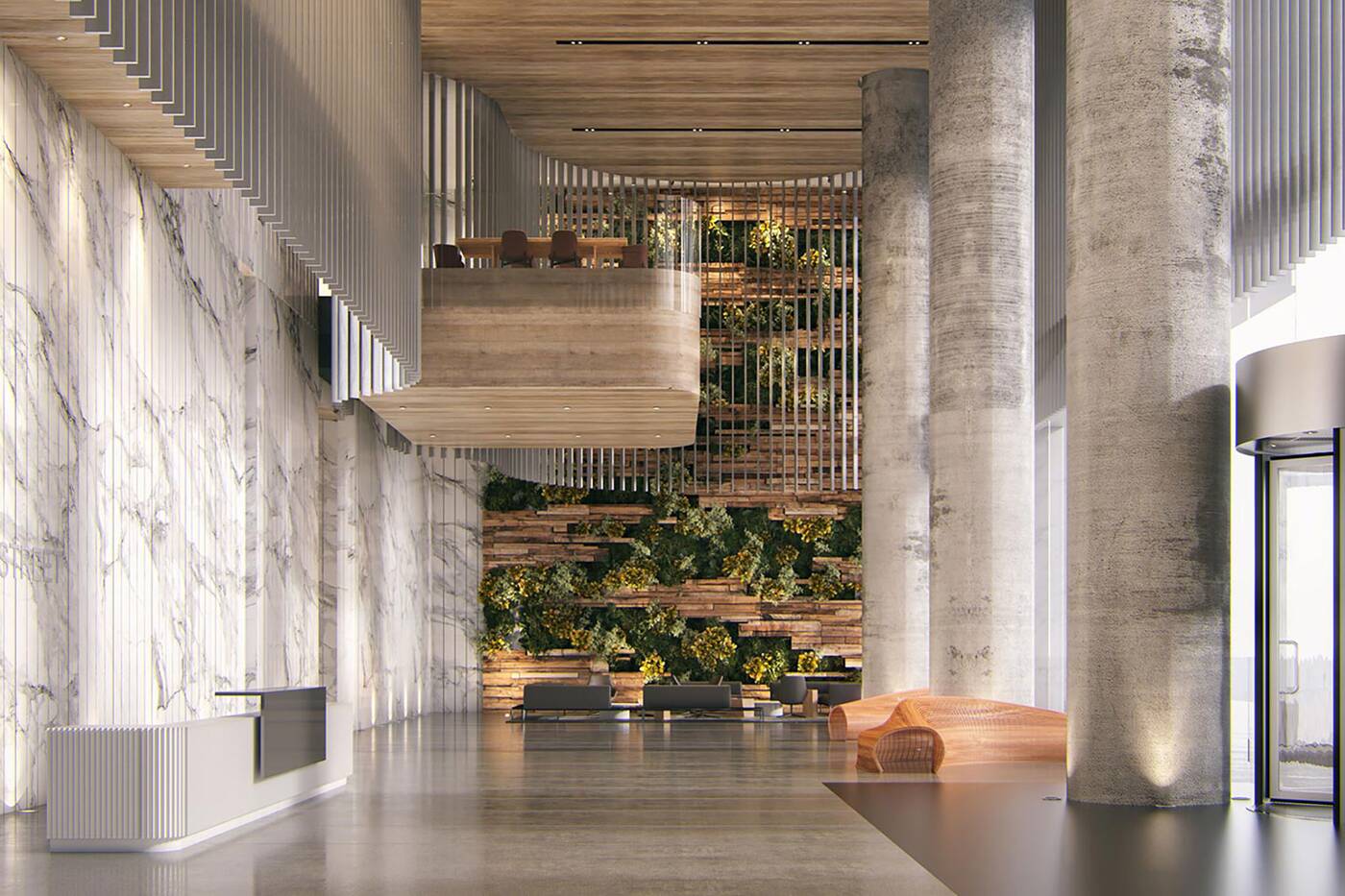 The main office building of The Well will sit at the corner of Front and Spadina. Photo via The Well.

Taking over a sizeable chunk of Front Street, this anticipated mixed-use community will bring a whopping one million square feet of rentable space. The signature office tower will sit right at Front and Spadina, bringing floor-to-ceiling windows and 125,000 square feet of office space to the area. 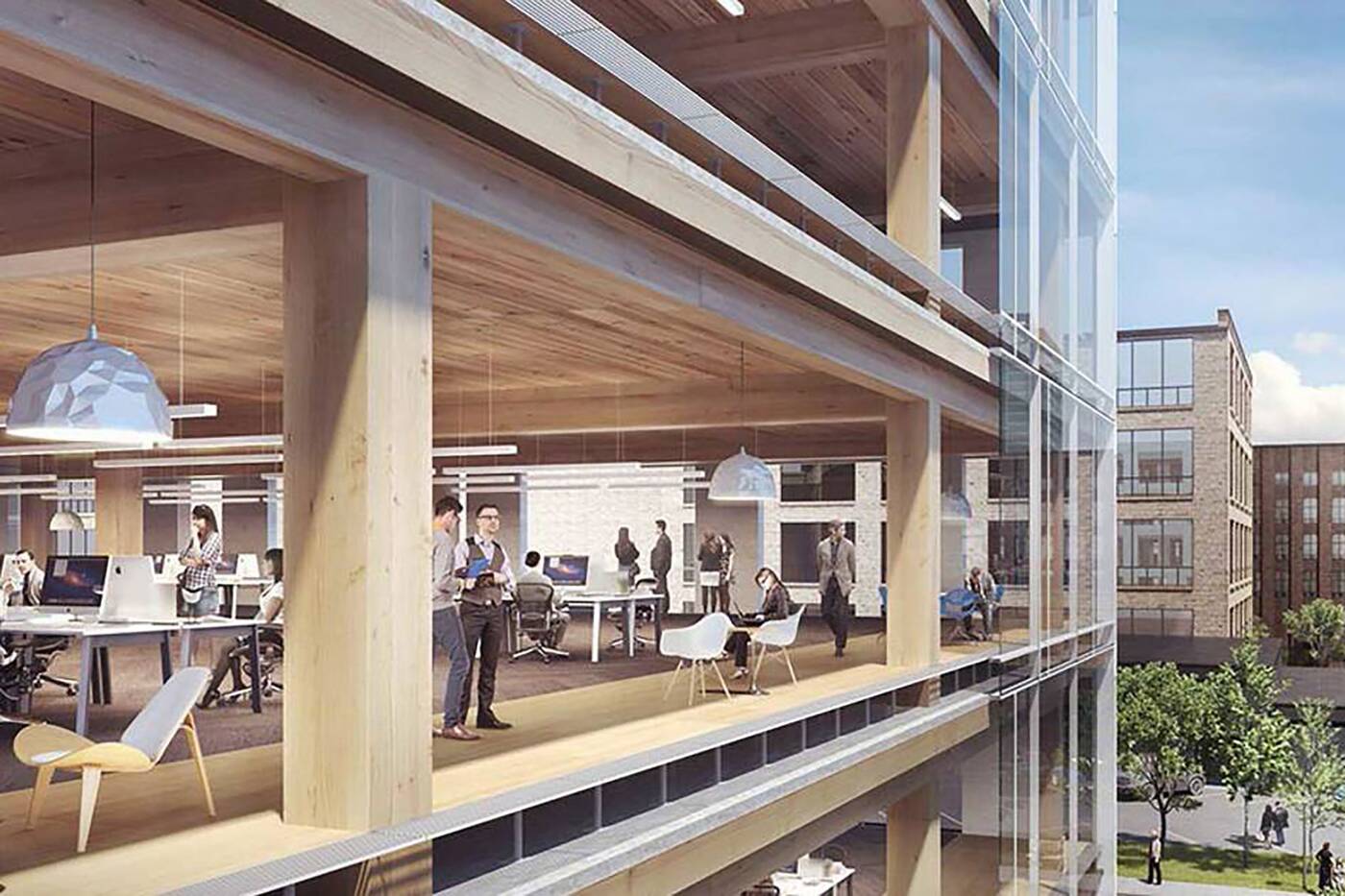 80 Atlantic will be Toronto's first office building constructed with a timber frame. Photo via Quadrangle.

This five-storey Hullmark project will be Toronto's first office building constructed out of timber. The 79,758 square-foot building is expected to have a significantly reduced carbon footprint, touting a sustainable building model with its wooden frame. 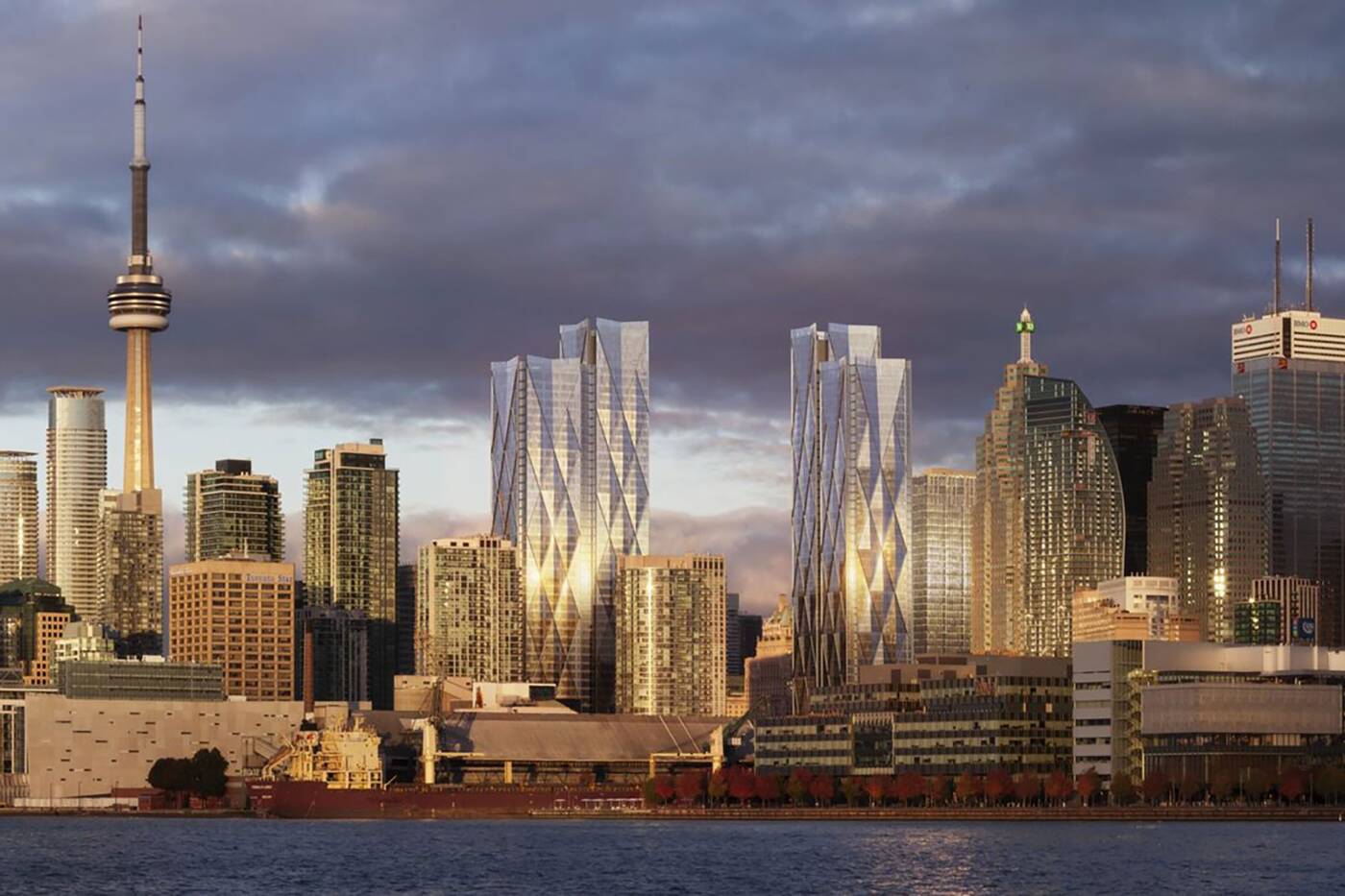 Microsoft will move its new headquarters into the first four floors of the CIBC Square tower at 81 Bay St. Photo via Kevin Peesker.

We may have lost the bid for Amazon, but Toronto will soon be getting a brand new office from this tech giant. Taking over the first four floors of the CIBC Square tower at 81 Bay St. in 2020, Microsoft's project will total about $570 million. 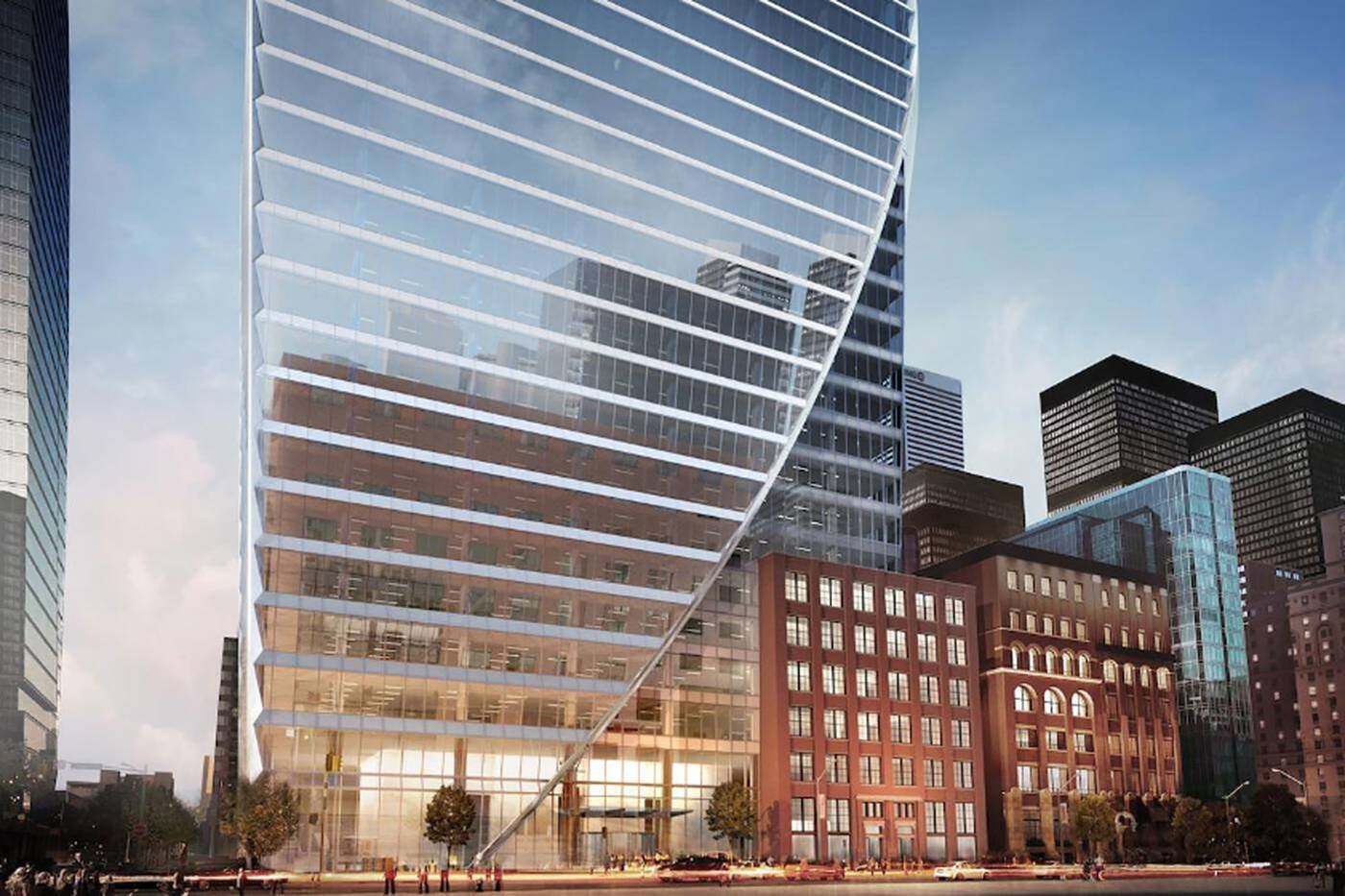 This 46-storey office from Cadillac Fairview will replace an historic building at Front and Simoce. Photo via submission to City of Toronto.

An $800 million project from Cadillac Fairview, this 46-storey building hopes to replace an heritage building at the corner Front and Simcoe. Adding 1.2 million square feet of office space to the area, the project will be the city's eighth tallest building when it's complete.

First Gulf of The Shift