Weekend events in Toronto is our guide to events happening this Friday, Saturday and Sunday. Here's what's happening in Toronto this April 25-27, 2014.

PULP: Paper Art Party
Have you ever partied in a room made of paper? If you missed this unique event the first time around, PULP: paper art party is back to give you a second shot. 55 artist have created strange, dainty installations (and furniture?) as part of a playground of paper made from recycled and reclaimed materials. Lemon Bucket Orkestra will perform live, so there's a 99.99% chance of dancing in this paper world. Proceeds go to downtown emergency women's shelter Street Haven at the Crossroads. Friday, April 25, 9pm, The Great Hall (1087 Queen Street West), $30.

Hot Docs
The 2014 Hot Docs Festival runs until May 4. Hundreds of hypey and underground documentaries will screen at Toronto's second-largest film event (behind TIFF), and the printed schedule is always a huge exercise in frustration no matter how much time and money you have -- there are just too many intriguing titles. Check out our picks for the festival here. (Video: Songs of Rice) Until May 4, various venues.

Guy Maddin's Seances
Winnipeg/Toronto/perpetual-womb dweller Guy Maddin has been "re-creating imagined versions of the lost films of silent cinema," and the Drake Hotel has got their hands on four of these works. Musicians Marker Starling, Christine Bougie, and Dafydd Hughes will perform at what looks to be a surreal evening. Sunday, April 27, 7:30pm, Drake Underground (1150 Queen Street West), $15.

For more film events, check out our Top film events this spring post.

Beer4Boobs
Featuring an exclusive line-up of one-off beers and unique collaborations, the third installment of Toronto's Beer 4 Boobs will feature creations by female brewers from Amsterdam, Black Oak, Mill Street, The Ship, Bellwoods, 5 Paddles, Niagara College, Wellington, Cheshire Valley, and The Granite. The $25 ticket (cash at the door) will include a sample ticket and a commemorative glass. Proceeds from the event go to Sunnybrook Health Sciences Centre's PYNK program, the first in Canada to address the special needs of younger women with breast cancer. Sunday, April 27, 1-6pm, Bellwoods Brewery (124 Ossington Ave), $25.

Vierance EP Release
Goth party of the week is the launch of Deth Records in Kensington Market with this EP release by Toronto duo Vierance. If you can listen to Trust without complaining that it's retro or whatever, this is where you need to be. Watch their new video above, and stream Semblance here. Saturday, April 26, 10:30pm, Double Double Land (209 Augusta). 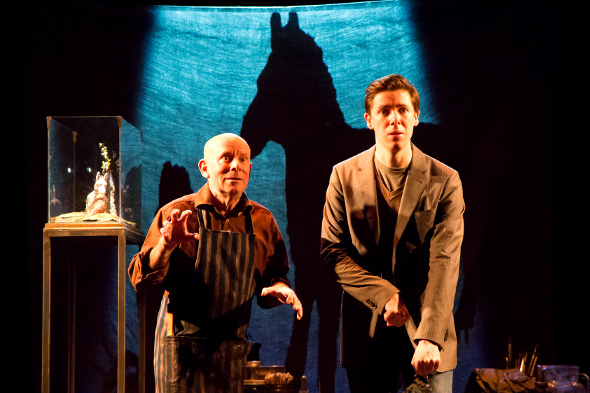 Beatrice & Virgil
The follow up to his widely celebrated, Booker Award-winning novel Life of Pi, Yann Martel's Beatrice & Virgil is adapted for the stage by Lindsay Cochrane in a collaboration between Factory Theatre and Canada's National Arts Centre. A visit to a taxidermist inspires a journey through the complex story of a donkey and a howler monkey only reached and understood through art, imagination, and the little facts that help sketch the full picture. Given that an adaptation of the visually-stunning Pi was only possible with the most advanced big-screen technology, it will be special to see the celebrated author's work in a smaller, more intimate setting. Read our full review here. Until May 11, Factory Theatre, $30-$45.

Duke Dumont and Jimmy Edgar
Duke Dumont's Need U (100%) was easily one of the biggest pop-house crossover hits of 2013, which helped propel him to big room headliner status in the UK. If you're planning on checking him out though, make sure you get there early enough to catch Detroit rising star Jimmy Edgar opening up. Saturday, April 26, Coda (794 Bathurst), 10pm, $25.

City of Craft Spring
It's a big weekend for craft events in Toronto, and this will be the biggest. Do you love City of Craft's holiday show? They're coming out of hibernation to bring you a spring run of rummages, treats, clothing, accessories, those cute little journals to draw gross people from Tinder in, and much more. It's just a buck to get in. Check out the vendor list here. Saturday, April 26, 11am-6pm, Trinity St. Paul's United Church (427 Bloor Street West). $1, free for kids. 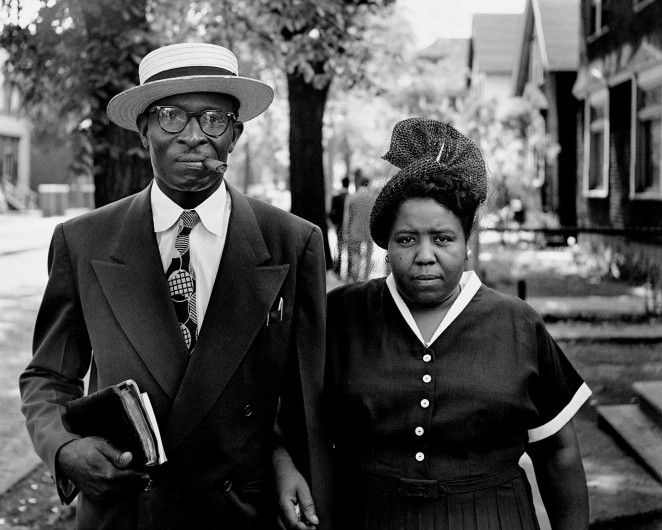 Portraits
If you're so excited for the Contact Photography Festival that you can't wait, one opening reception is tonight. Gordon Parks was the first African American on Life magazine's staff of photographers. This exhibit at BAND showcases his portraits: Park sought out the disenfranchised, from Harlem gangs to working class communities to civil rights rallies. See our full Contact 2014 preview here. April 25 - August 3, Black Artists' Networks in Dialogue (BAND) (1 Lansdowne Ave 2nd Floor). Reception April 25, 6-8pm.

Now We See It! - A Bus Tour of Public Art Works in downtown Toronto
Climb about the luxury coach (not the art bus, this time) and get to know Toronto's public art installations up close and personal with Betty Ann Jordan. You have to register, so if you want to check this out you'd better move on it now. The bus departs from the Gladstone Hotel at 2 sharp. Sunday, April 27, 2pm, Gladstone Hotel (1215 Queen Street West), $40.

J Dilla's Donuts - 33 1/3 Book Release Party
Are you a fan of the 33 1/3 series of record guides? You are even if you don't know what those are. Stop by to celebrate Jordan Ferguson's new book and hear DJ's Alister Johnson and Expo spinning classic Dilla joints. Friday, April 25, 8pm, June Records (662 College St).

Shakesbeers Showdown
I guess this massive Shakespearean themed Toronto improv competition will be like highschool English, except it it's funny because you're drunk, not because you got wicked stoned behind the quad. Friday, April 25, 8pm, The May (876 Dundas St. West), $10.

|FAT| Arts & Fashion Week
|FAT|'s ninth annual edition launched last night with a slew of eccentric runway shows, live performances, fashion films, photography exhibits, and art installations. If you missed opening night, you still have until Saturday (April 26) to catch the multi-faceted festival; tickets are available online or at the door, and they cost $35 per day or $100 for a full week pass. Until Saturday April 26, Daniel's Spectrum (585 Dundas St East).

Springtime Clothing Swap
From noon until 4pm on Sunday, swap til you drop at a spring clothing swap. The event's not only an overhaul for your closet - it's also a sustainable and socially-conscious way to give (and take back) from the community. Entrance is just $5, so lug up to 30 pieces of gently used clothing to Arts Market at 11:15am and walk away with a brand new set of gear for spring. Sunday, April 26, Arts Market, (846 College St.), 11:15pm-4pm, $5.

Green Living Show
Are you out til the crack of dawn every night and dragging yourself to work or family obligations a few hours later feeling like a bag of bent up garbage nails? Maybe you should visit North America's largest healthy living show. 450 exhibitors want those bags under your eyes to return to an acceptable colour spectrum. April 25 -27, various times, Direct Energy Centre (100 Princes' Blvd), $16.

THE TRUTH IS OUT THERE

Spring Psychic Fair
While the mediums, tarot readers, and miscellanea of psychics will be gawk-worthy enough, but the lectures might just take this party a final step into the great beyond. Buy some crystals because nothing you've done to get Ryan Gosling to notice you so far has worked. Sunday, April 25-27, various times, Exhibition Place - Queen Elizabeth Building (180 Princes' Blvd), $15 (free for kids).