Weekend events in Toronto is our guide to events happening this Friday, Saturday and Sunday. Here's what's happening in Toronto this March 7-9, 2014.

ComiCon 2014
For some, ComiCon is that time of year you've been dreaming of and anticipating by sewing elaborate costumes, obsessively culling your drawing portfolio, or readying your autograph-ibles. For others it's one of those weekends where you're turning to your smart phone to try to figure out why everyone on the TTC is dressed up like a cartoon character. If you're in the former group, look out for Brandon Routh (Superman Returns), Giancarlo Esposito (Breaking Bad), IronE Singleton (The Walking Dead), Morena Baccarin (Homeland, Firefly), and Jon Heder (Napoleon Dynamite), and be sure to read our full preview here and Find tickets here. March 7 - 9th, various hours, Metro Toronto Convention Centre, South Building (222 Bremner Blvd).

The Toronto Sketch Comedy Festival
Sketchfest promises to make Toronto "a funnier place to be" through scripted comedy, and it will be the place to be this weekend for anyone looking to chip the ice away from the corners of their dour winter face. Ouch? Look for Kids in the Hall, The Irrelevant Show, Gavin Crawford, Falcon Powder and many more from across Canada and the US here on their website. March 6 - 16, various venues, showtimes, and prices.

Professor Pollard's Great British Punch Up!
The Brits and Brit-lovers over at The Bristol Yard are throwing a party tonight for the "long forgotten British Punch Cocktail." Vincent Pollard (is he really a professor?) will be tending bar and serving up a range of classics, and of course there will be snacks to pair up. There's no cover but to play it safe, reservations can be emailed to thebristolyard@gmail.com. Friday March 7, 9pm, The Bristol Yard (146 Christie St). 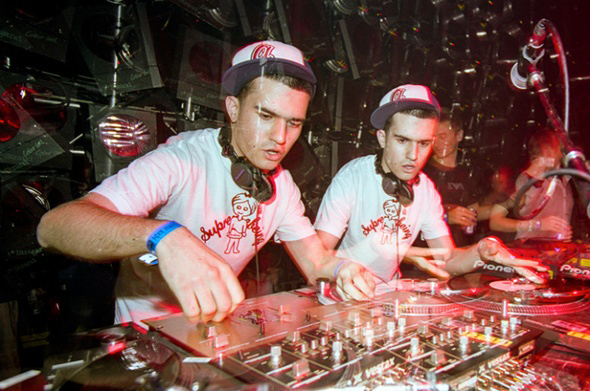 Sound Image 2014: Music Photo Contest & Opening Night Party
Analogue Gallery's 3rd Annual Sound Image Music Photography contest and exhibition goes down tonight. Only one photo will win the prize and glory - and full disclosure, some of our own photographers have concert shots in the show. The opening is RSVP only - click attending on the Facebook event or contact the gallery by phone (416 901 8001) or email (celia@analoguegallery.com). Friday March 7, Analogue Gallery (673 Queen Street West).

Long Winter
Last one! Cancer Bats, S.H.I.T., Greys, You'll Never Get to Heaven, Ravi Naimpally, JM, Pick a Piper, Brr, Grounders and So Young will play at the Great Hall. There will be dance performances, puppets, art, film, food, and 7"'s. Celebrate the end of one hell of a winter. March 7, The Great Hall, 7pm, PWYC.

Trust
What was a duo of Robert Alfons and Maya Postepski has now become a solo, and to at least some degree this has changed the Trust sound - I think it's only gotten sparklier and weirder (Kate Bush would be proud), and Alfons was the one carrying the band live anyway. Be the judge for yourself by streaming Joyland here (it officially drops on March 4th) or at Adelaide Hall on March 8th with Mozart's Sister. Saturday, March 8, Adelaide Hall (250 Adelaide St W), $21. 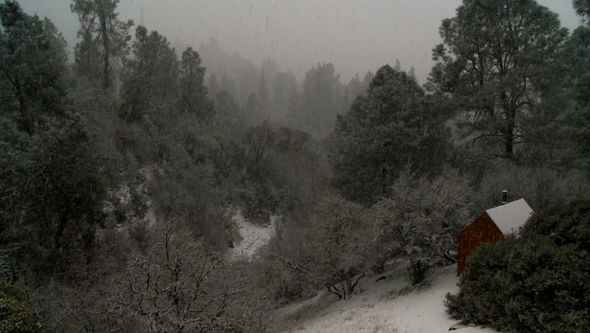 Stemple Pass by James Benning
Read the description to a James Benning film and you may laugh or roll your eyes. However. In all his maximalist minimalism, asking viewers to sit, look, and listen to what seems to be utter banality, Benning has proven to be more of a crossover director than perhaps any other avant-garde artist. If you've never liked a "slow" or "experimental" film, Benning might change that. Stemple Pass' synopsis - a two-hour film composed of four unbroken shots of the same landscape in different seasons, with audio from unabomber Ted Kaczynski's journals - might not sound like a great Friday night to you. You'd be wrong. Friday, March 7, 7:30PM, CineCycle (129 Spadina).

CINSSU & The Consulate of France present: Contemp French Cinema Fest
CINSSU is a go-to for free stuff to do for Toronto film fans, and this weekend they're screening some great French films (for free!). While there are more common titles that have already played Toronto cinemas (Blue is the Warmest Color, Rust and Bone, Rubber), they'll also be hosting the Toronto premiere of the criminally forgotten The Minister, which premiered way back at the 2011 Cannes film festival. For the full screening schedule, go here. March 8 - 10, Innis Town Hall (2 Sussex Avenue).

If Walls Could Talk
A huge juried illustration centric art exhibit with a focus on the experimental is open to the public now in the 2nd Floor Gallery at the Gladstone. Artists include Beata Kruszynski, Betty Zhang, Jen Spinner & Hazel Eckert, Jennifer Ilett, Kat Gomboc & Rebecca Ladds, Kerry Zenter, Mike Ellis, Min Gyo (Daniel) Chung and many more. The show runs until March 30th, so you have a month to stop in. Gladstone Hotel (1214 Queen St. West).

Bag Heads - Works by Shea Chang
Illustration lovers are having a good week in Toronto. Shea Chang's graphite portraits are combined with collage and the results are lovely. You have until March 21 to see the exhibit, but the opening reception is tonight. Friday, March 7, 7pm, Huntclub (709 College St).

A Tribe Called Red
Ottawa DJ collective A Tribe Called Red have been enjoying an extremely busy year thanks to the success of their second album Nation II Nation, which got them nominated for two Junos this year. Their reworkings of powwow music with club friendly beats has a timely political undercurrent, but their gigs are still full on parties. Friday, March 7th, Hoxton, 10pm, $25.

The Miller and His Wife
Puppetmongers have been delighting Canadian and international audiences with world-class puppetry since 1974. One of their classics, The Miller and His Wife, tells a tale of treachery and deception with a cast of nineteen memorable puppet characters. The miller, in an attempt to raise his family into more comfortable conditions, cons his landlord with mathematical acumen. His wife then promptly finds herself immersed in a sordid plot to kill the king. The puppets move into Theatre Passe Muraille for March Break. Theatre Passe Muraille (16 Ryerson Ave), March 6-15, various showtimes, $20.

For more events on stage, check out our The top theatre productions in Toronto March 2014 post.

Fitzroy Boutique & Violet Crown Vintage Surprise Pop-up at AWOL
This weekend you can catch a glimpse of e-commerce unicorns Fitzroy Boutique and Violet Crown Vintage at a collaborative pop-up shop. Head to Ossington gallery AWOL to shop their quirky-cool handpicked womenswear in the flesh. AWOL Gallery (78 Ossington Ave), March 7 - 9, 12pm - 8pm on Friday and Saturday, and 12pm - 6pm on Sunday.

Toronto Poetry Slam Semi-Finals
The top 16 poets from the regular season have been determined and the draw held for the semifinals at TPS. The team selected at April's finals will defend the national slam championship at the Canadian Festival of Spoken Word in Victoria this fall. Both shows spotlight powerful poets coming to town as feature performers - the second semi puts Winnipeg wordslinger Aaron Simm in front of a Toronto audience that may not quite be ready for him, while the first features Minnesota's own Kait Rokowski. Sunday, March 9, Drake Underground, 8pm, $5.